In just a couple of years, Pale Waves has gone from playing at small venues in Manchester to a sold out show at New York’s legendary Madison Square Garden, supporting indie-rock megaband The 1975 on their North American tour. They’ve racked up millions of views on YouTube and thousands of social media followers off the back of their hugely successful EP All The Things I Never Said – and don’t look to be slowing down any time soon.

Up next on the agenda: Finishing their debut album due for release this summer, playing a number of summer festivals and embarking on a world tour. It seems their feet won’t touch the ground, and as we chat to Heather about writing music, changing the industry and chocolate hobnobs, it seems the band wouldn’t have it any other way.

Only 6 left in stock

Your source for the artists you love, TV you need to see, the latest fashion trends and so much more.

Subscribe to get the latest news at your fingertips.
[mc4wp_form id="4263"]
More Products 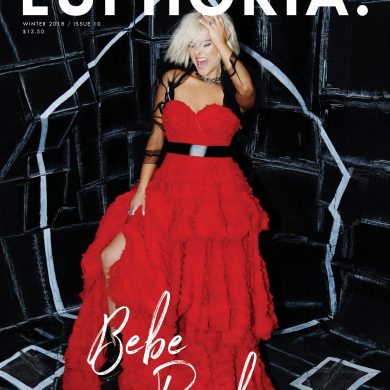