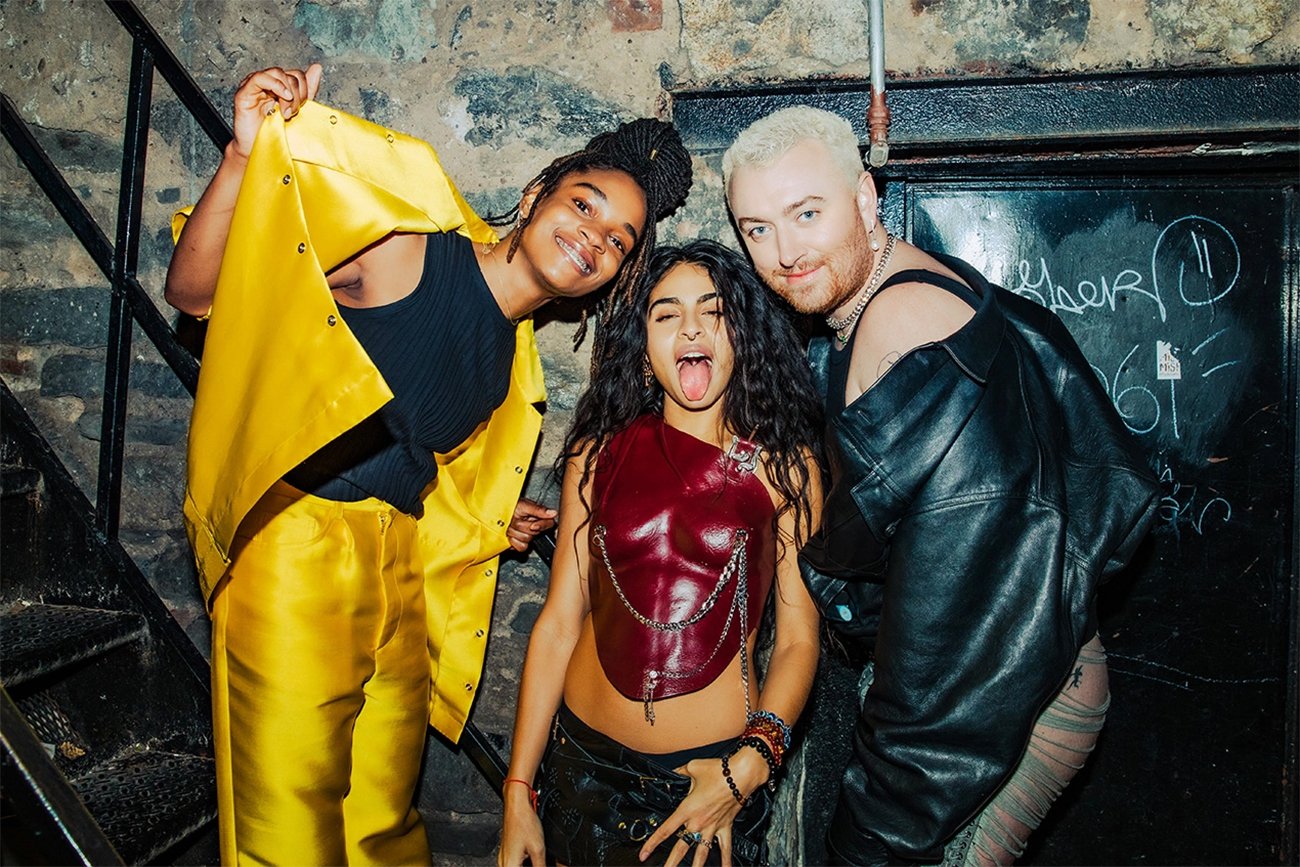 Sam Smith’s return to music has been glorious – with the success of “Unholy” now being followed by another collaboration that’s got all the ingredients for a certified bop. New track “Gimme” is filthy, sultry and breezy – the perfect dancehall track.

“I’m a sexual person, I like sex,” Smith says when describing the track as pure filth. “It’s something I’m teaching myself to not be ashamed of. Me and Jessie were basically drunk, drinking whisky in Jamaica, two in the morning, running around absolutely wasted, like two girlfriends having a laugh.”

With lyrics like, “Voyeurs are watching us / Giving me such a rush / When I’m crazy and drunk on love / Give me what I want, give me what I want, yeah,” it’s easy to imagine singing along to the track’s super catchy chorus. Whether you’re at home or at the club, chilling with friends or trying to seduce someone – this song immediately sets a fun and flirty vibe.

It’s ballsy to release a song in January with such a strong summer sound, but it’s certainly worked out well for Smith. The track is off to a great start, having already been previously teased on TikTok. Besides, who doesn’t want to pretend that they’re actually still in full holiday mode?

If you’d like to experience the immaculate sultriness and filth that Sam Smith has to offer on new record Gloria, you’ll be glad to know that Smith is taking their album on the road this year. Kicking things off in July, they’re set to tour through North America before heading off to the UK and Europe. With Jessie Reyez set as special guest for virtually all US dates, lucky fans who manage to get tickets will surely be treated to an amazing live performance of “Gimme.”

Listen to the song on repeat right here: