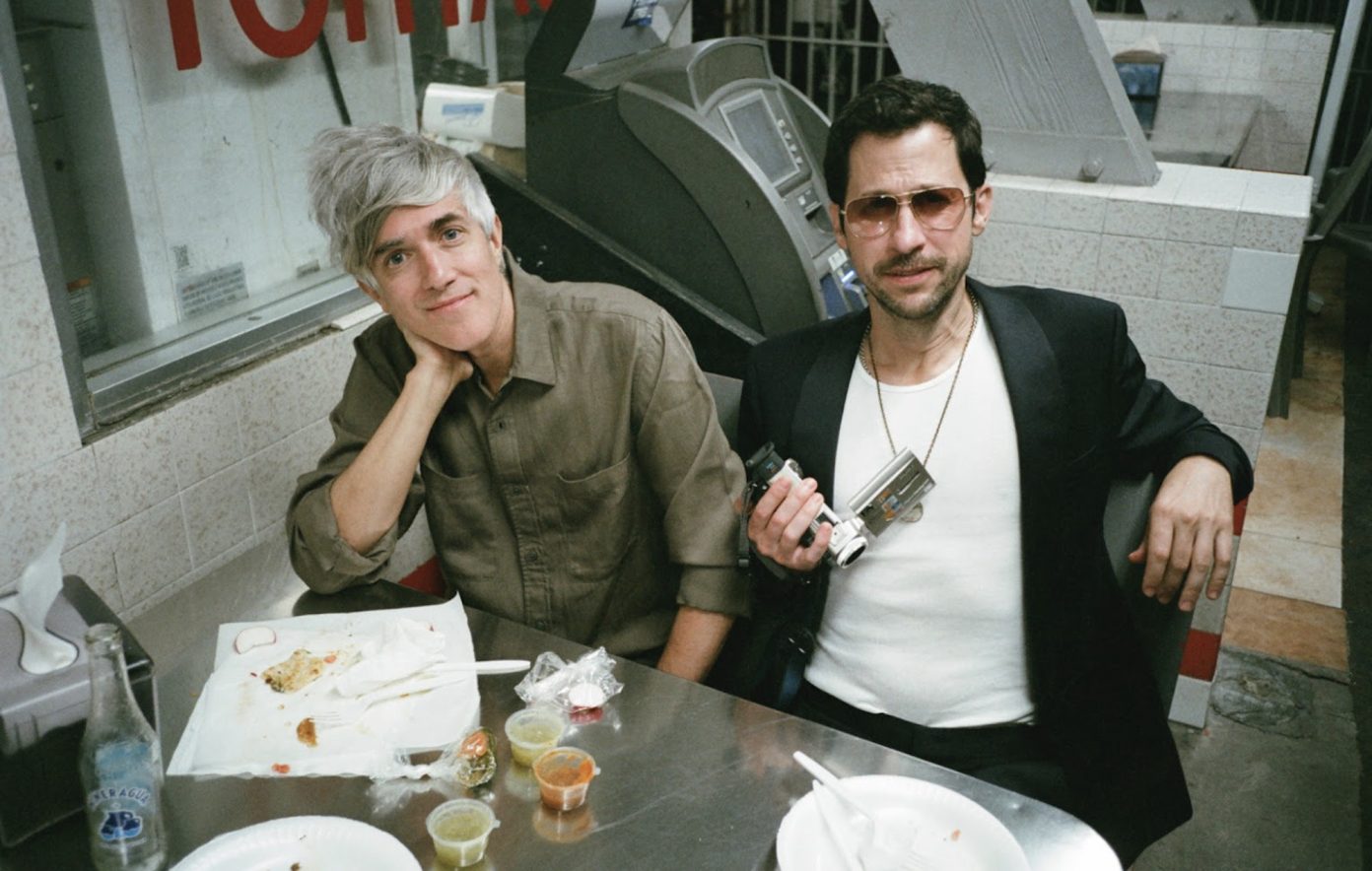 For New York-based rock band We Are Scientists, made up of Keith Murray, Chris Cain, and Keith Carne, releasing a new album is exciting, and almost seems effortless. In their eighth studio album Lobes, the sound is more experimental than previous albums and leans into funk influences.

Speaking with EUPHORIA., Murray, We are Scientists’ lead singer and guitarist, discussed how even after all this time, the band still feels the same excitement about the release of their latest album, as they did about their very first album.

“When we first started out, we didn’t really understand our songwriting techniques, and everything’s sort of felt out of control,” said Murray. “Anytime we would write a song, it felt like a song had simply appeared. And we were like, ‘oh my god, grab onto this and don’t let it go’.”

But eight albums later, they are more in command of their music and are able to focus on the fun aspects of making music and exploring with sounds. “We’ve always had synthesizers on our records. But this was the first time that we really dedicated an album, to specifically exploring those textures,” he continues.

While writing music for their previous album Huffy, released in 2021, select songs written at the time were purposefully set aside for Lobes, something that was also a first for the band. “The only reason that we allowed that to happen was because of the pandemic,” Murray recalled. “Since we couldn’t tour on Huffy, there was no rush to put these songs out or put either the album out. So we just decided to make two records out of these batch of songs.”

“Operator Error,” the first song on the album and the album’s first single serves as the bridge between Huffy and Lobes. It introduces the new approach the album takes, while still rooted in the band’s sound. “That song was like the Rosetta Stone for figuring out the language of ‘Lobes.’ There was a version of that song that could have existed just as a three-piece rock song, but it it felt wrong to push it in that direction. And we were like, why don’t we see about making this song a little more synthetic, and we added some artificial drums and synthesizers. And to me that song is the bridge between the two albums.”

In the press release on the single, Murray explains that a multi-hour argument over whether Top Gun: Maverick is actually decent movie served as inspiration for “Operator Error’s” lyrics and message. “Lyrically, Operator is about my tendency to,mouth off and really dive deep on opinions that I am not even necessarily sure I truly espouse. But once I start getting involved it’s a slippery slope of combative argumentation,” he says.” “And so it’s certainly about my attempt to try to shut up in conversations and to not, speak up before I’m really sure that I believe what I’m about to say.”

The latest single “Settled Accounts” is chock-full of funk-infused guitars while its chorus is considered to be one of the best that’s been written to date for the band. “I sort of have this dirty little secret enthusiasm for funk,” says Murray. “In my late teens and early 20’s I went through a really big Curtis Mayfield and Cool and the Gang kind of enthusiasm. My guitar-playing is probably a little more rhythmic and percussive than a lot of indie rock guitar players, which is a very funk-derived tendency. We’ve never really had a funk song in our set and that guitar part that starts it out, could just be in a Curtis Mayfield song. We sort of got it in a headlock and turned it into kind of a synth pop song. Chris [Cain] came to it and brought it into the pop territory.”

Also in the press release for the song, Murray discusses that when incredibly steadfast in my beliefs. “Everything I liked was not just ‘enjoyable,’ but ‘categorically good,’ the people I hung out with were not just ‘fun people,’ but the ‘best gang,’ the ideas I subscribed to were not just ‘interesting,’ but ‘fundamentally correct.’ These days, I’m just way less sure about everything,” he says.

Murray considers “Here Goes” and “Lucky to Just Be Here” to be some of the darkest songs on the album. While the lyrics reflect the uncertainty and anxiety at the beginning of the pandemic, the instrumentals provide both the songs a sense of upbeat hopefulness that was also prominent, during that time; those introspective moments that pushed us forward during such uncertainty. “Quarantine made me want to listen to really upbeat music and have dance parties in my house alone.”

Murray describes “Turn it up” and “Less for You” as the biggest pop bangers on Lobes because, “That’s what we really wanted after sitting at home watching Netflix for months.”

The release of Lobes will be celebrated with a very special hometown show at Brooklyn Made on January 20th, where the band will perform songs form the latest album, which will be followed by a tour across the U.K. and Europe, starting in February.