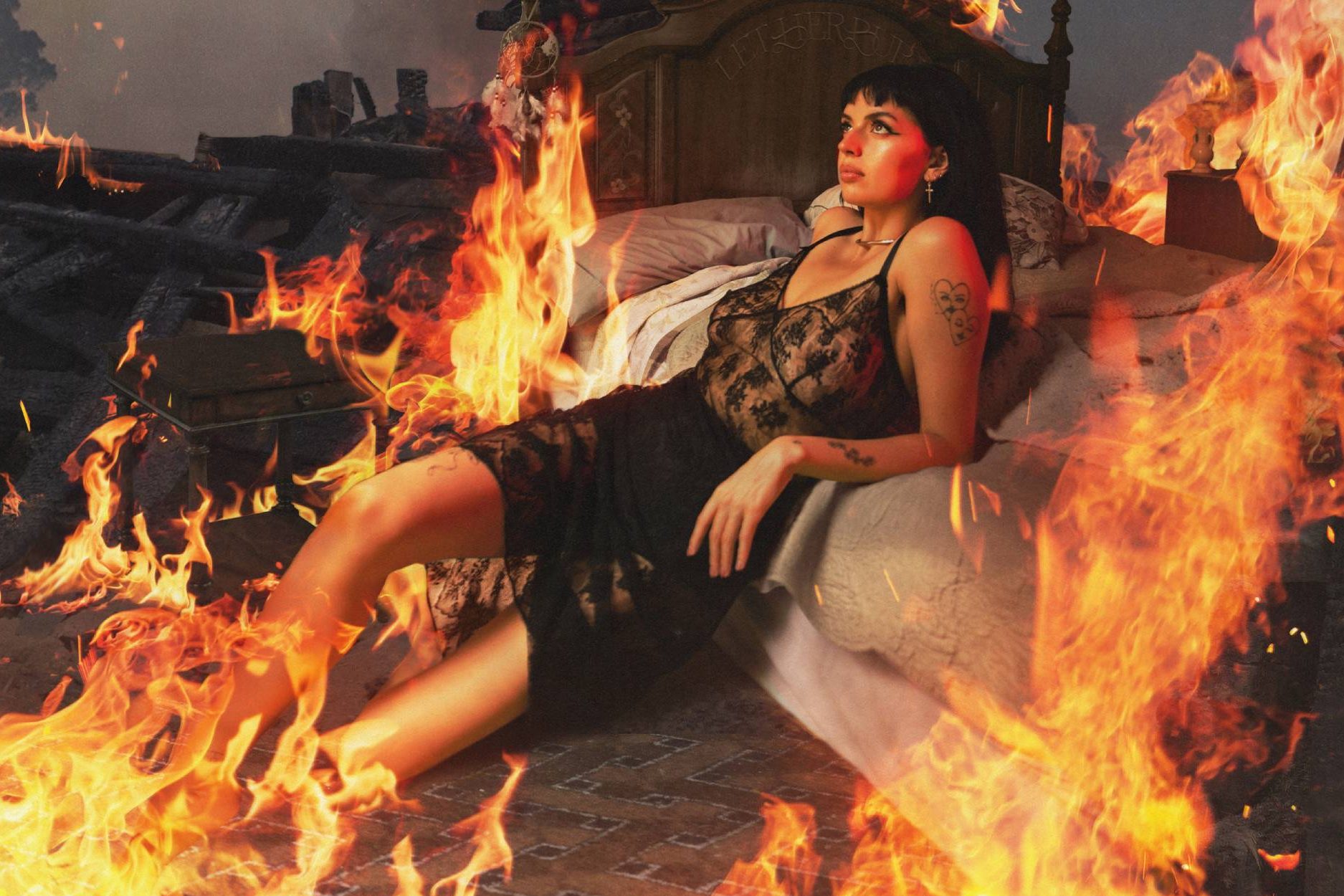 Rebecca Black is giving us her true and vulnerable self in her new music, especially with her new upbeat breakup anthem, “Sick to My Stomach.”

Black’s musical reinvention is one for the books. Since her viral YouTube debut in 2011, the pop star has come to her own right before our eyes and her music is a direct reflection of the journey she has been on.

Black has yet to release a full album, but her previous EPs, Rebecca Black was Here and RE/BL, and most recent singles give us a glimpse into what the singer is capable of. Her talents range from heavy-hearted ballads that showcase her vocal ability, like “Look at You,” to upbeat, energizing songs bound to make it onto dance playlists, like “Crumbs.” Her musical capabilities are diverse, making every new release highly anticipated.

Her new single, “Sick to my Stomach” is making waves and cementing her spot as one of the most promising pop stars to keep an eye on for 2023. The song mirrors that of the 1980’s synth-pop hit and her music video perfectly fits this imagery as well.

The video, made to look like a vintage tape recording, is full of Flashdance-esque dancing and moody lighting. Her outfits, hair and makeup are what make the full concept complete.

The lyrics encapsulate the inner battle between knowing what is good for you and still feeling awful following a breakup, especially when the other has moved on. The lyrics, “I don’t want you for myself / I don’t wanna see you with somebody else,” examine the confusing time, post-relationship and the conflict between heart and mind.

The chorus goes into the feeling that you need to move on before the other and beat them in the speedy race to find your next love. Black sings, “My head knows you weren’t the one I wanted / And fuck, it hurts to know that you’rе falling / Falling in love before I did.” She recognizes what is good for her, but seeing her ex with another makes her regress into their past relationship, despite her deep understanding that she is better without them.

The dynamic between the lyrics about complex emotions about having an ex move on and the pop beat in the background, make this song truly spectacular.

“Sick to My Stomach” is the last single to be released before Black’s highly anticipated debut album, Let Her Burn, which is set to be released on February 9.