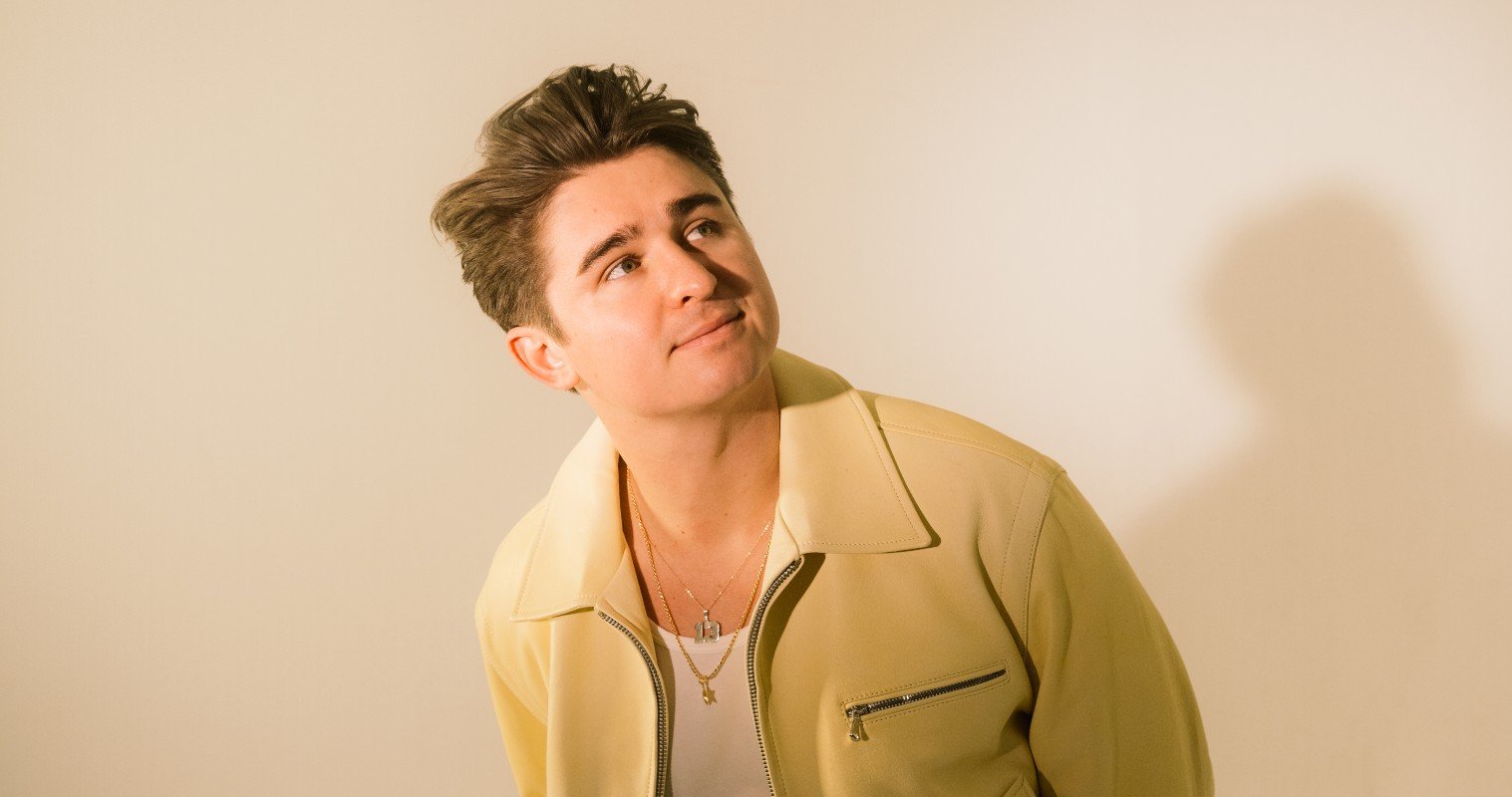 Nicky Youre is no stranger to writing anthemic music set to a soundtrack of upbeat melodies and bright guitars. Rooted in storytelling, Youre’s discography is the embodiment of who he truly is as a person: breezily carefree, an avid lover of life, and a positive and uplifting force that is needed in modern music today. Driven by boundless ambition and creativity, Youre’s recent single, “Eyes On You,” puts his glowing personality on display alongside his passion for crafting feel-good, radio-ready bops.

When Youre first burst onto the scene with his now-viral summer tune “Sunroof,” the world was still coming off of lockdown and TikTok was rapidly catching fire. However, mere months before the California native penned the infectious track, he had almost given up on music entirely. While still in college, the singer-songwriter began to question his pursuit of music, leading him down a spiral of uncertainty. “I doubted myself so much for no real reason other than that it seemed like it would be impossible,” he admits in an interview with EUPHORIA. Flash forward two years later and Youre now has millions of streams and a slew of notable live performances under his belt, and he has his close-knit circle to thank for it all. “I feel like I can do anything that I want to do now, and I’ve learned that anyone else can do it too.”

The indie-pop singer has evolved since those early days by both making music his career and embracing living in the moment. Laced in youthful optimism, his latest offering, “Eyes On You,” is a direct reflection of that growth and perfectly encapsulates the burgeoning singer’s creative spirit. “I had just gone to my first country concert and the energy there felt like a mini festival which I thought was so dope,” he says. “I wanted to try and capture that energy in a song by making something that would be super fun to play live and easy for people to sing along to.” The final result is an earworm of a mood booster with a vocal delivery from Youre that beams with exuberance.

“Eyes On You” also highlights the core ethos of the genre, with lighthearted lyrics that rhyme “Sweet tea like Arizona” with “one look and I’m a goner.” Soaked in relatability and catchiness, Youre credits country hit-maker Thomas Rhett with providing him the inspiration needed to compose the track. “His music is fun and easy going and I wanted to make something like that. I like making music that can be played at any time throughout the day and I think high energy and fun songs are usually like that,” he says. The accompanying visual is equally as playful, chronicling a love story that revolves around cat sitting for a neighbor which makes for a wholesomely endearing ride.

Rolling with the flow is one of Youre’s strong suits that spills over into his laissez-faire approach to songwriting. “I try to not think too much about things and just let words flow out,” he says of processing his emotions when piecing together new material. “I kinda think my subconscious takes over because all the songs I write are usually about something current in my life, I just don’t realize it until listening back to the song.  It’s weird to see where my brain takes a lot of songs when I’m trying not to think too hard about them.”

While the singer dabbled in other genres before ultimately arriving at pop, it’s clear that he has found his niche. “The first pop song that I remember writing was the first song that I released called ‘Sex and Lemonade.’ Pretty much instantly after writing that I knew that I wanted to make more songs like it. I like how fun and carefree pop music can be, and I also learned that I’m not very good at writing other genres,” he jokes.

No doubt, the indie-pop singer is all about embracing the joys of life, and his loyal followers admire the good vibes he puts out, whether it’s onstage or on social media. Heading into the new year with a solid set of goals, Youre plots on crossing off a large supporting tour from his bucket list. Watching the crowd’s reactions to his songs while on stage is something he firmly considers as being the best feeling in the world. “It also makes me wonder why I ever even considered quitting music because being on stage and singing songs with people is my favorite thing to do now,” he divulges. “I’ve definitely learned that the thoughts in your head telling you that you can’t do something don’t have any clue what they’re talking about.”