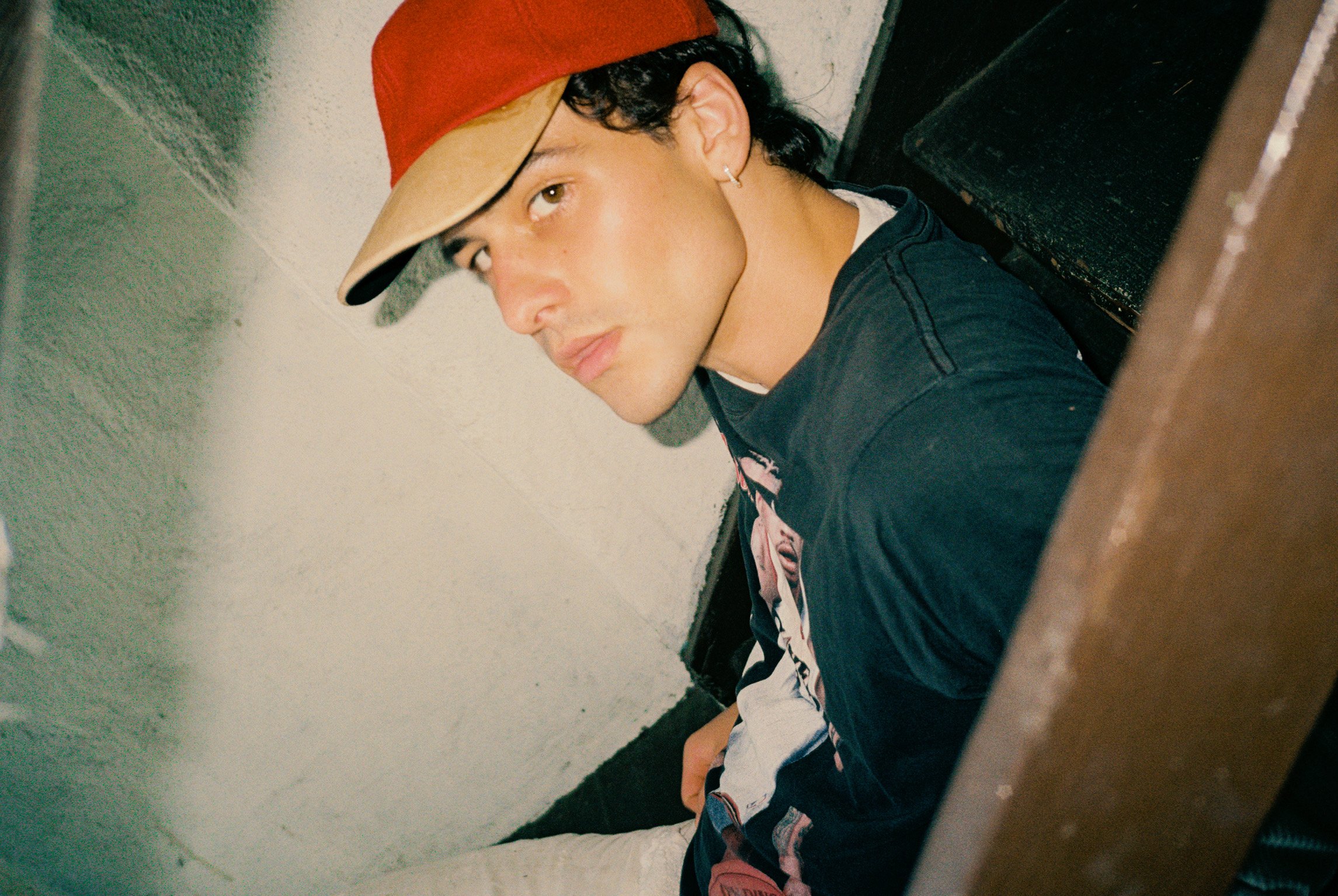 When Noah Guy sings, he sounds like Anderson .Paak. A rich, high vocal tone that is both suave and soulful. When he speaks, his voice drops down an octave, sounding like a bass in choir ready to round out the group with his deep low notes. Born and raised just outside of Philadelphia, PA, Guy developed a love for music early on thanks to his musical parents who put him onto the timeless sounds of Motown. It was that era of music, as well as another soulful bunch he’d discover later in life, that ultimately inspired his individual style and growing catalog. Whether he is riffing with the jazz group The Prodigal Sons in intimate jam sessions or showcasing his full production material, Guy is an artist with deep respect and affinity for who and what came before, while still updating the sound for modern times. His new EP, WHO’S TAKIN TIME ?! (ACT 1), is out now.

Guy’s parents, though not full-time musicians, ensured their young son that music was, in fact, a viable career path. “They let me know that being an artist was something I could do,” he said. “Philadelphia, as a city, was certainly a beautiful spot that gave me so much game for arts and culture. I went to school out on the main line, in suburbia, and that was a bit more of a homogenous community where it was a lot of, ‘Go play your sports,’ or ‘Go to a four-year institution.’ So having my parents as models to be like, ‘No, you can also embrace the arts and go that route if you want to,’ was huge for me.” While his parent’s musical heydays were, mostly, before he was born, Guy still found ways to experience it. “I remember running through my dad’s album on repeat on my Walkman when I was a little, little kid,” he said. “It was cool to me that they did that. It wasn’t like, ‘Oh, my parents are musicians. That’s weird.’ I wanted to let my friends in on that. I could kind of flex on them with that.”

Basketball was Guy’s main focus in school, but he slowly began to gravitate towards a capella groups and beatboxing, the latter of which he thought would be considered cool by his teammates. “I sort of reached this Troy Bolton moment,” he said, referring to Zac Efron’s character in High School Musical. “I didn’t want to just do the beatboxing, I wanted to sing and be a male soloist. My basketball team made fun of me, for sure, but it was sort of, like, this moment of self-acceptance where I was like, ‘You know what? Screw y’all. I’m gonna do this. I’m gonna sing.”

A Motown Greatest Hits album was standard listening for Guy and his family, but songs like “Ain’t Too Proud To Beg” by The Temptations and “Dancing In The Street” by Martha and the Vandellas stuck out the most. “That was probably my earliest listening experience that I can call on,” he said. “It also gave me a really great foundation for a soundscape that very much inspires my music today.” Later on, the sounds of neo-soul, with artists like D’Angelo and J-Dilla at the forefront, struck a chord with him as well.

While spending time with his grandmother in northwest Philly, Guy and his brother began exploring record shops to see what they could find. “It was through that process of just crate-digging that I found so much music that I was so in love with,” he said. “A lot of the Soulquarian stuff, The Roots, being a Philly group. That was sort of my introduction to that world. That set in motion, like, Black Star, Dilla, and sort of that whole world. I remember hearing D’Angelo when I was in middle school, and I wasn’t quite ready for it. Then I heard Voodoo again in high school and I was literally crying. It’s a listening experience I’ve never had with any other album. Lauryn Hill as well… obviously The Miseducation album was huge for me, and so was MTV Unplugged. Just seeing how good a live performer can be. Just an untuned, real, raw live performance.” Guy pays homage to these artists in his own music, wanting to maintain the elements of the sound while still keeping things fresh. “I think the rawness component is something that is huge for me,” he said. “I don’t tune my vocals, I just kind of let it rock. I like my sound beds to be a little crunchy, a little distorted. I don’t really like a super clean pop sound, even though I have a lot of pop influences and pop melodies. I really like things to be rough around the edges and that’s something I think the Soulquarians movement just perfected. That avant-garde, experimental component is what I’ve taken from it.”

Guy possesses the type of smoothness and swagger that makes artists like Steve Lacy, Miguel, and Giveon really tick. In a performance of “HARD KNOCK LULLABY” with The Prodigal Sons, some members of which play in Guy’s live band, he sounds like Daniel Caeser on “Get You,” and on “STOP BANGIN MY LINE,” off his new EP, he emulates Justin Timberlake with similar affectations and stylistic choices. Though Guy admits he is more of a fan of Timberlake now than he ever was growing up, and wouldn’t necessarily call him his “north star,” the similarities are there. But he’s no copycat. Nor is it a put-on. Guy sings from his toes with no fear, no inhibitions, and just lets the vibe, the movement of it all dictate his choices. His body moves with the music, pulsating and opening itself up just on the feeling alone. This is reflected in the videos for “STOP BANGIN MY LINE” and “SMALL TALK CAROLINA,” featuring The Spirit of New Orleans Gospel Choir, the latter of which sounds like a new take on TLC’s classic hit “No Scrubs.” Guy’s ability to put his own spin on the basic foundations laid down by the artists who came before while still making it feel authentic, raw, and true to him is, easily, his most distinguishable quality.

The creation process for Guy is more than just the development of a song. He is hands-on, and, due to a background in film, has the wherewithal to create music with visuals in mind. “I want the experience to be equal parts audio and visual,” he said. “Usually, it’s a good litmus test for me to be like, ‘Cool, if I can see the music video in my head, I want to see the record through.’ I need to be able to picture what a visual experience could be for it.” With that kind of mindset, and his natural ability to tap into layers and emotions that true greats have, Noah Guy is an artist in full control of his own future.