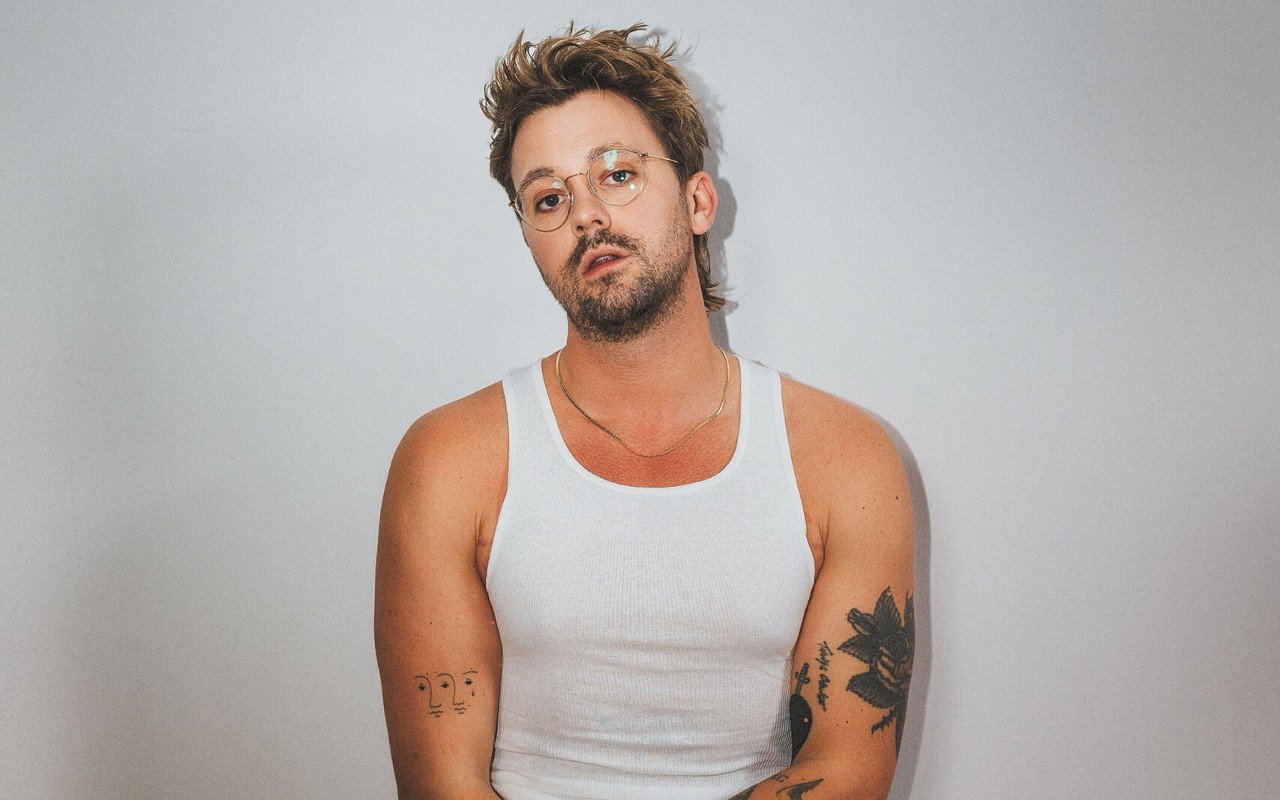 Virginia To Vegas – break up with that guy.

A few months removed from the successful release of his compilation project, Remember That Time We, platinum-selling American-born, Toronto-based synth-pop hitmaker Virginia To Vegas dropped a new track, ‘break up with that guy.’ Consistent with his post-2019 releases, the song title is stylized in all lower-case.

Virginia To Vegas, AKA Derik Baker, described the story of the song’s creation to EUPHORIA. Magazine, revealing the track was initially written with another artist in mind; “It was a late night out on Broadway in Nashville when Jeffrey Jordan from The Band Camino called me to ask if I could meet him and [Alabama native country singer] Seth Ennis in the studio at 9 am for a write… We originally wrote “break up with that guy.” for The Band Camino, but over the next couple weeks, something about this track resonated with me and I fell in love with the song. I’m so glad they were cool with me taking it on and making it my own!”

Upon the first few listens, the stylistic parallels between The Band Camino and Virginia To Vegas mesh beautifully. From a cadence and pace standpoint, it has The Band Camino written all over it. That said, put his signature touch on it, brandishing looping synth layering and a bouncing beat that feels like driving down an empty highway in the summer. The track sounds like the new era of Virginia To Vegas, while subtly borrowing elements from the artists earlier releases.

Virginia’s supple but unyielding voice sings his observations from the outside looking in on a declining romantic union that doesn’t appear to be working out for the female party, “I could feel the tension when you said “hello” / there was a look you gave me when he stepped out for a smoke / do you really love him? I think you know / he don’t appreciate you and that’s what kills me the most.” Down the stretch, he furthers his thoughts on the state of the relationship, and offers a solution, “Baby, let me love you every way he’s not / it’s pretty clear to me that he doesn’t know what he’s got / you’re so perfect, he’s so full of shit / you need someone equivalent.”

Promotionally, along with being featured on the Spotify billboard high atop the Eaton Centre in Toronto, Virginia To Vegas debuted the song live over the weekend on his current 12-city tour through eastern Canada.

The track performed well, quickly surpassing 80k streams on Spotify over the first few days of its release. On YouTube, the accompanying lyrics video has accrued over 14k views.