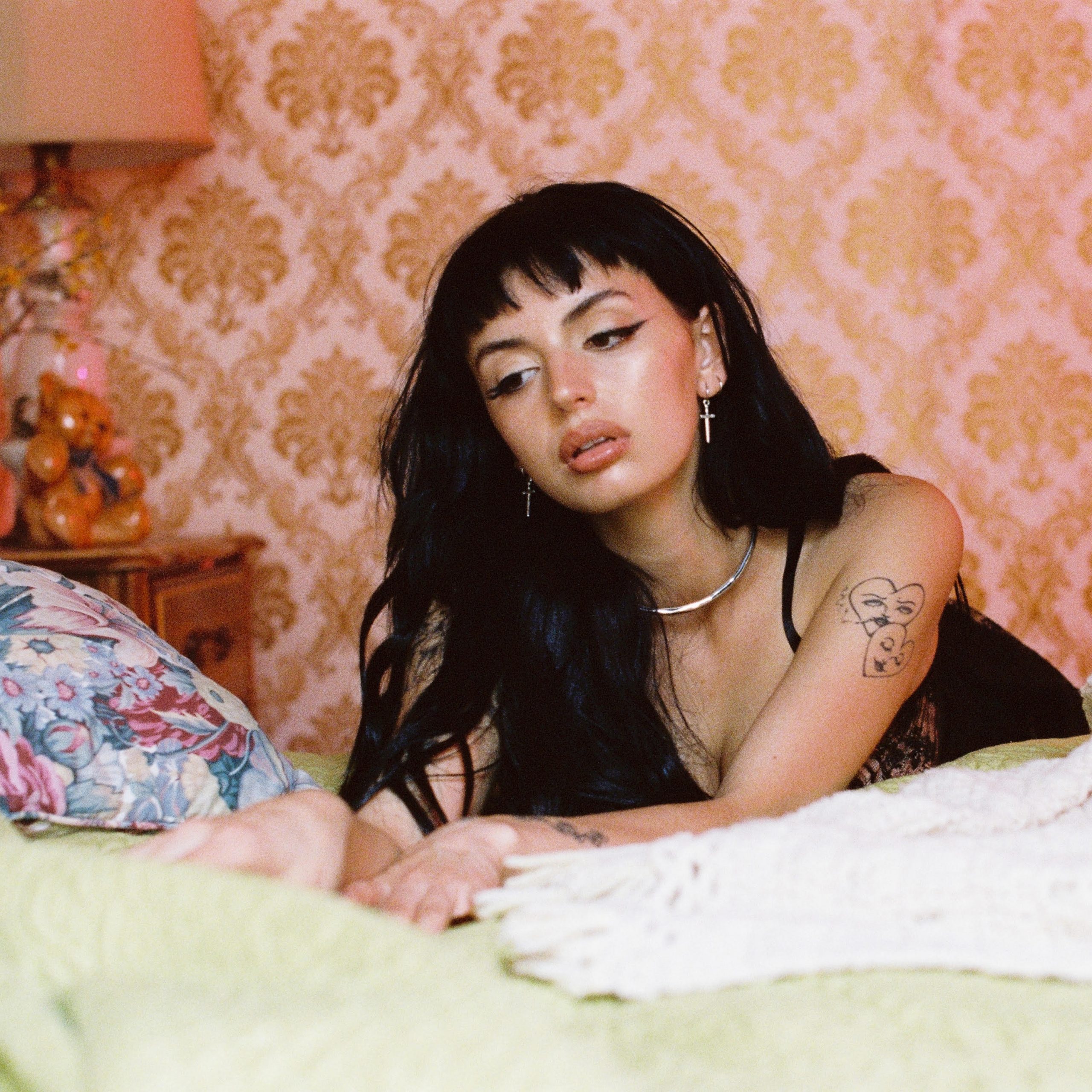 Rebecca Black – Look At You

Rebecca Black slows down the pace a little on her latest offering, “Look At You.” The song, which will be included on her long-awaited debut album, “Let Her Burn,” follows the project’s lead single, “Crumbs,” under a month later.

Unlike Black’s previous hyperpop releases, “Look At You” hears the singer purposely showcase her vocals over the top of an intimate, ethereal production during the first minute. She sings: “People see you on the screen / and think you’re make believe / But I tell them / You’re better in person.” Once the second verse kicks in, however, the song picks up the pace and morphs into a mini powerpop anthem. As the song comes to an end, everything comes full circle as Black reverts back to singing over the stripped-back production.

Co-written with Grammy-nominated writer Amy Allen (Harry Styles, Lizzo, Shawn Mendes, Charli XCX) and Gian Stone (John Legend, Meghan Trainor, Maroon 5), Black penned the track with her best friend in mind. “As my closest friends and I have now begun to really grow into ourselves, it can feel heart-wrenching to witness people you love fall for a moment, or lose sight of the goodness they have within themselves when they’re struggling,” she explains. “As a friend we just want to pick them up and show them who we really know them to be – to try to cheer so hard on the sidelines over how incredible they are, and how much they mean to us, but at the end of the day of course it’s only them who can discover their own light on their own.”

It’s accompanying music video, directed by Luke Orlando, picks up right off where fans last saw Black during “Crumbs.” She shares in her press release: “A pretty poignant theme of my upcoming album is perception of self and how performance holds multiple pieces of my life, so Luke Orlando and I wanted to try to open up a new layer of the world we set for ‘Crumbs’ into a place you might not expect it to. The music video set literally comes to life on its own, and becomes a performance within itself about the closeness we hold with ourselves and those around us.”

“Let Her Burn” is scheduled for release in early 2023 and will be promoted with live shows. In February, Black will kick off her UK & Ireland tour in Dublin and will finish off in Bristol.  The London show will take place at the iconic Heaven nightclub.