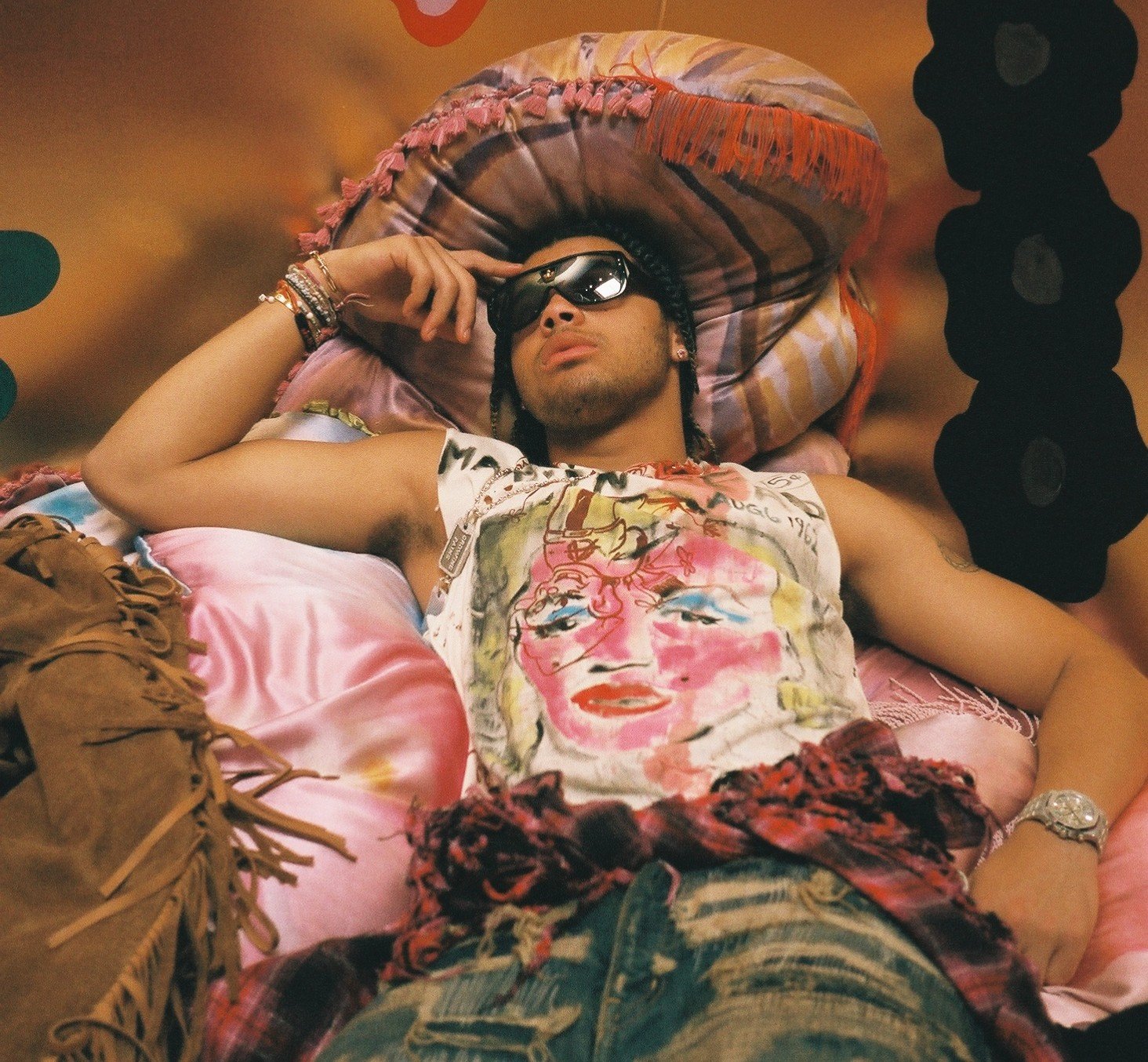 After a jam-packed year, you would think that California-born rapper 24kGoldn would be getting ready to unwind. But no, he is still out here bringing the heat with new music. His latest track, titled “Checkers,” features acclaimed Jersey club-drill pioneer Bandmanrill.

Following the raw and intimate “September,” 24kGoldn is picking up the pace with the punchy and in-your-face “Checkers.” Produced by Einer Bankz (Polo G, Travis Scott, 21 Savage), Jaasu (Coi Leray, SSGKobe, Trippie Redd, $NOT), and Alex Oso (Lil Mosey), the song hears 24kGoldn brag about his status while expressing his discomfort about a relationship. In the chorus, he raps: “You playin’ checkers and I’m playin’ chess baby we are not one in the same / I’m covered in diamonds and feeling the pressure to cover up all the pain / You can drive in the rover or drive in the wraith just don’t drive me so fuckin insane / Cuz I’m feeling stressed but I know that I’m blessed baby this shit is hard to explain.”

If “Checkers” leaves you wanting more then you’re in luck as the song is a part of a series of individual song releases that will lead into his next project.

Listeners from around the world first came to know of 24kGoldn after his viral 2020 single “Mood,” featuring fellow rapper Iann Dior, became one of first songs to go viral on TikTok, resulting in a global No. 1 smash.

“It was a song that I was really proud of. It came about organically,” he told MOOD Magazine. “Everyone I played the song to told me it was fire. It had all the signs of having potential, but you can never tell how big a song is going to be.”

Following that success, 24kGoldn has continued to rack up the hits and secure himself big-name collaborations. His 2021 debut album, El Dorado, not only has been certified gold in the US and platinum in Canada, but also included songs with DaBaby, Future, and Swae Lee. To date, 24kGoldn’s material has been streamed over 6 billion times. With just one studio album out, he is currently the 372nd most popular artist on Spotify with 14.6 million monthly listeners.

Outside of his releases, 24kGoldn has been building his reputation as a touring artist. After embarking on his very own “Better Late Than Never” shows across North America, 24kGoldn hit the road with Wiz Khalifa and Logic. With his fair share of paychecks from this year alone, the 22-year-old has now been inducted as one of Forbes’ “30 Under 30″ honorees.