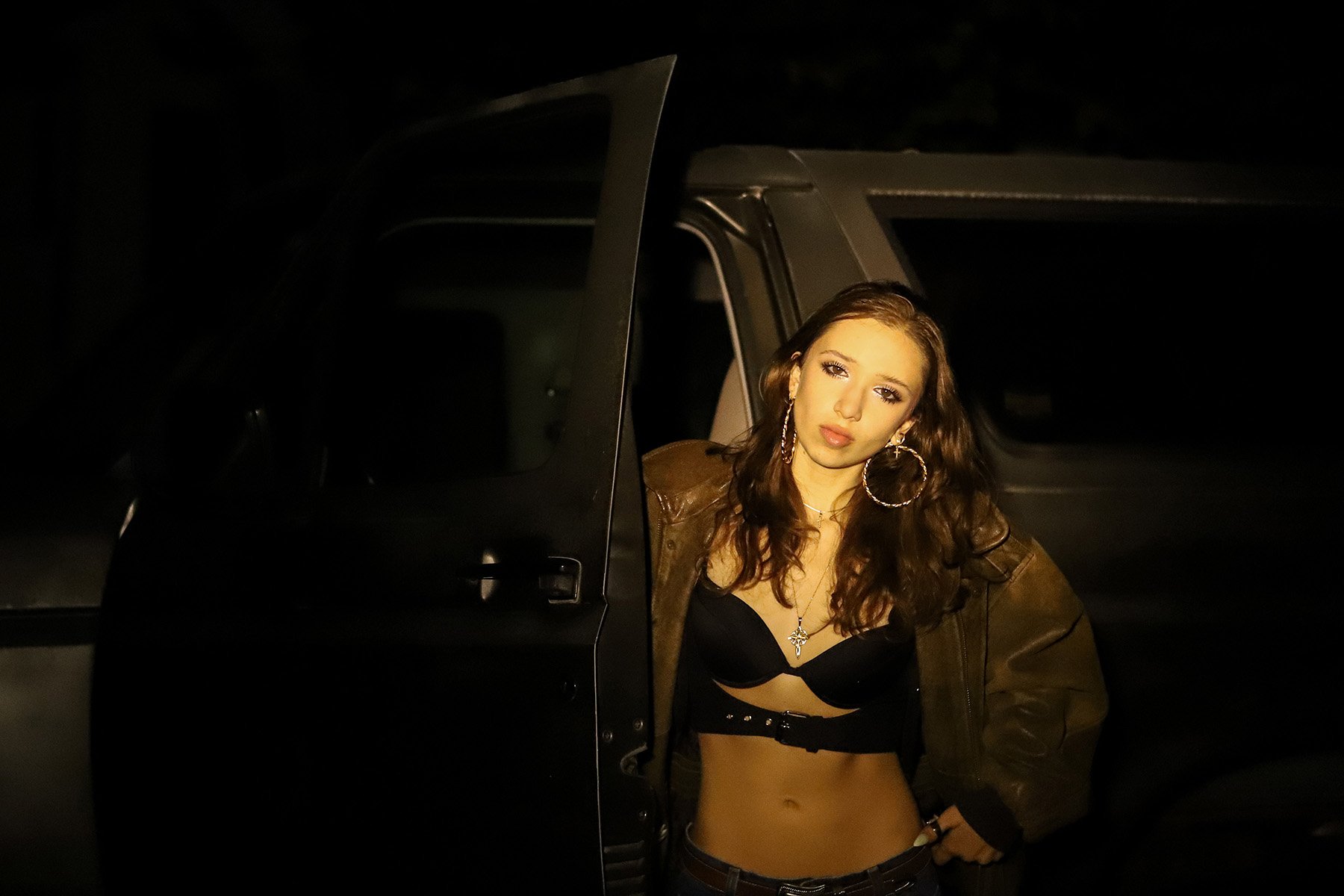 Budding musician Isabel LaRosa has a lot to look forward to in her bright future.

The singer born in Annapolis, MD has had music running through her DNA since she was a little girl. Her father whom is a jazz musician regularly took her to jazz clubs, where he played the saxophone while her brother played guitar with LaRosa on vocals.

With this in mind, she was largely inspired by her family and began songwriting with her brother while in elementary school, and then soon formed a creative duo. The rest is history.

LaRosa dropped her debut EP i’m watching you this past June and recently followed up the release with her newest single “i’m yours” along with the accompanying music video that she directed and wrote herself. The moody track was largely inspired by the intense feeling of having a crush on someone who you’re not dating but wish you were.

LaRosa sat down with us on Zoom to discuss the EP, new single and much more!

You released your debut EP in June! What was the creative process like? What is the inspiration behind it?

It was really fun because I got to create a world with all the songs and the videos. My brother and I first wrote “HAUNTED” and he had written the hook and then he brought it to me and I was like “let me tease this and see if anything works”. It took off and we finished the song and released it. To follow it up, we wanted to have a consistent feel to the next couple of things with “HELP” and “HEAVEN.” We compiled them and created this visual world – the trilogy. It’s like a scary, darker feeling EP in my mind.

Most recently you released “i’m yours”. You wrote and directed the video. Can you give us some insight on how that process went?

It’s hard to describe as a certain process with all the writing because it’s all really me listening to the song – usually it’s late at night because I don’t really have any distractions. It appears in my head. I don’t know what other video there would be to the song. It’s just me sitting down, visualizing it and writing all the scenes down in my notes. Then I would go back and revise.

The directing has been great! I wouldn’t want it any other way. I’ve grown up seeing Melanie Martinez and Billie Eilish directing their own videos so it’s been really interesting to me to be involved in that process and kinda seeing how everything works

Who inspires you both personally and on a professional level?

In terms of artists definitely Melanie Martinez, Billie Eilish,  and Twenty One Pilots. They all create such a visual, sonic narrative in all their stuff…The Neighbourhood. All these different groups that when you think about them and think about their music and visuals, there’s a very strong image that comes to mind.

“i’m yours” is doing numbers! Can it be addictive watching and analyzing the numbers?

Yeah it definitely can! I have to take myself out of it sometimes because I think it’s a little bit weird when stuff comes out after I’ve teased it for awhile…it’s just out now and there’s nothing I can do about it.

I have to remind myself it takes dips and it goes back up. It’s gonna do whatever it’s gonna do.

I definitely struggle with that one!

Can you give us an insight into who you are as an artist? How would you describe your sound to someone who hasn’t heard your music yet?

I think that as a broad genre, probably alt or dark-pop. I think putting things in too small of niches can box you in sometimes.

Me as an artist, I’d like to think I capture kind of a darker, suburban angst.

Do you find that most studio sessions are successful where you get a lot out of them or are there times where you have a week you don’t really feel like you’ve come out with much?

I only work with my brother. I’ve done some outside sessions and they’ve been great but usually I just work solely with him. In all honestly, he will write a hook melody or get a hook lyric and then we will collectively go together and revaluate that and write the rest together. We go through so much that there’s heaps of stuff in the graveyard.

It really depends. We go through a lot of material but I also think we’ve narrowed it down that we write more specifically so we don’t get a ton of stuff we don’t use.

What’s the most important thing for Isabel LaRosa, the musician?

I think that keeping people around me that I’m close with and I trust is very important to me. I think just in terms of the music, honesty and never feeling like you’re doing things that don’t feel like yourself and don’t apply to your own life. I think it’s very easy for people to tell that things are dishonest in the music or visually. I think keeping to what I am and not letting outside influence change what I would do.

In a parallel universe, what would you be if not a musician?

I would definitely go into film! There was a short span of time where a couple years ago was a little bit stuck and I wasn’t doing music as much. It’s a whole long story but basically I wasn’t doing it as much and almost just did the film and into movies/directing. It’s something I do regardless of whether I’m fully in music or not.

What’s the ultimate pop-star dream? Are you dreaming big?