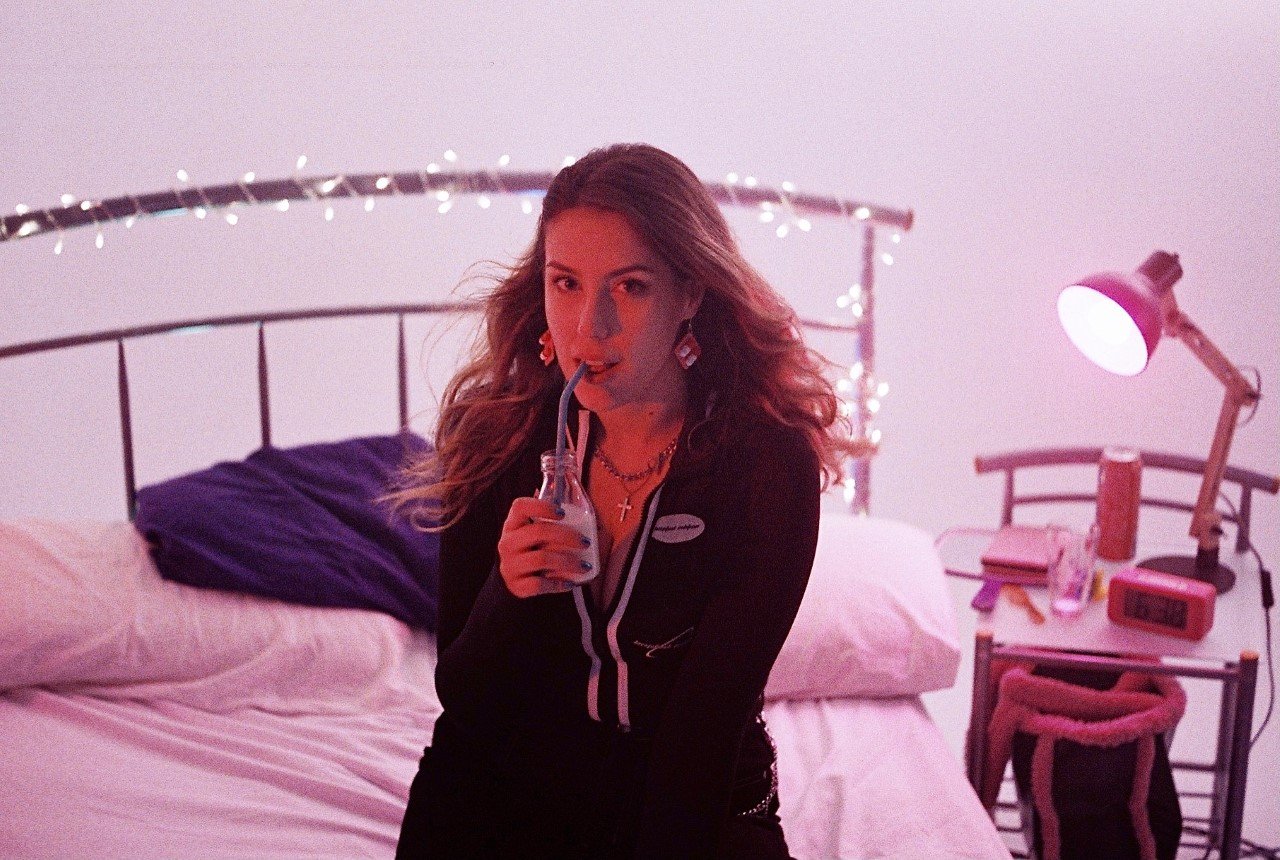 Artists like Ed Sheeran, Damian Rice, and Joni Mitchell are known for their spellbinding ability to captivate an audience with just them and their guitar. Natalie Shay, a young singer-songwriter from the UK, is a fresh face in the pop and EDM scene, but whose biggest strengths lie in that classic, organic musicianship. In a video on YouTube showing an extended live performance for Scruff Of The Neck TV, Shay is nothing short of mesmerizing as she effortlessly plows through a set of originals, such as “Like You Boy,” People Like Me,” and “This Feeling,” appearing completely at home behind the guitar. She whips her hair around, smiles at her own heartfelt and sometimes love-struck lyrics, and plays the guitar as an extension of herself and everything she is capable of. Shay is, undoubtedly, a star on the rise.

Shay, who grew up in the UK and went to the renowned BRIT school with famous schoolmates such as actor Tom Holland and singers RAYE and Rex Orange County, thrives in both a full-band and stripped-back solo environment, but feels most at home onstage by herself. “I really enjoy doing that because I’m totally in control and I only have to think about me,” she said. “I can tell the story, and if you get an attentive audience, then it is really powerful to just stand there and sing your songs. But I do really enjoy the full band show as well, but then it’s a little bit more to think about and a little less personal. My roots will always be just me and my guitar.”

Her origins as a singer/songwriter began the same way as many of her contemporaries: listening to Taylor Swift. “I only did this because I saw Taylor Swift when I was 10,” said Shay, who was enamored by Swift’s Grammy Award-winning album, Fearless. “I was like, ‘Wow, this girl has written all these feelings… she’s eloquently put them so well into songs that have great melodies. She’s standing on the stage, with the guitar, singing them. That’s so cool, I would love to do that’.” Shay had been playing classical guitar since the age of five, but that style did not lend itself to Swift’s brand of country-pop. She turned to a beginner’s guitar book and learned to play the songs from Fearless, then saw Swift live during the “Speak Now World Tour” a year later, which only fueled her flame further.

Shay has found great success as a featured vocalist on EDM tracks. She, like Bebe Rexha and Sia, blends out of pop and into electro with ease on tracks like “Stay” with Scottish electronic artist Grum, “Rapture” with English DJ Kryder, and “Replay” with Italian DJ Giuseppe Ottaviani. Her working relationship with Grum started after a years-old demo of hers was used for one of his songs, which led to a domino effect of artists in that field looking to work with her. While she loves working within this exciting genre in which the final form of these songs are meant for loud, crowded clubs, or as part of a DJ set with the visuals and aesthetic to enhance the atmosphere, her heart lies within the skeletal guitar and/or piano-led beginnings of those songs. She just does what she has to do to make a living. “I think if I could totally make exactly the music I wanted to make in this era and still be able to have those successes, I’d be doing more country-pop,” she said. “When I write in my room for myself, that’s what I write. That’s what I enjoy playing and doing the most, but I also recognize that this is a business. It’s a trend-based business, and there’s not much of a scene for country-pop here in the UK. If I want to get to certain milestones that elevate your career, I adapt.”

A rescheduled date for the London venue Omeara as well as an appearance at SXSW are Shay’s first big live gigs of 2023. COVID, of course, effectively squashed Shay’s touring plans for 2020, but even the opening act slots she’d secured on tours with other artists for 2022 itself are still up in the air. “It’s still a bit weird,” she said. “People still aren’t really planning things. It’s taking longer for certain territories than others to start getting back into booking things.” The trip to the dessert for SXSW will mark her first time in the US, an occasion she promised herself would only happen if music was involved. Shay, no stranger to the festival circuit, having played several this year in Europe including Reading and Hyde Park BTS, will get her first taste of America at, arguably, the most well-connected entertainment event in the country. She brings something new and exciting to the table every time, depending on the type and scale of the gig, but always strives to put on the best show. “I’ve got three set-ups,” she said. “I’ve got the acoustic, which is normally a duo, my full show is the full band where everyone has like, three instruments, then my festival set-up, which is a really condensed version of the full band. As things progress and we move further up lineups we can have more freedom with that, but for the moment it’s just about how we get in there and make the best sound with the minimal amount of equipment and time.”

Shay sees herself continuing to do both pop and EDM, but is also intensely passionate about musical theatre and wants to dip her toes into that world as well. “That’s what my background is,” she said with a huge smile. “I’m definitely just a theatre kid that does indie pop.” She was almost giddy discussing her love for shows like “The Last Five Years,” “Hairspray,” which she says she’s done “like, eight times,” and “Heathers: The Musical,” clearly infatuated with the medium. “I’ve always been part of a theatre company,” she said. “Recently, I’ve been part of actual workshops and recorded soundtrack vocals for some new musicals. I’d love to do more stuff like that.”

Whether you see her onstage by herself playing Taylor Swift-inspired indie pop, with a full band, or in a theatre doing a musical production, Natalie Shay is sure to grab your attention. She is a versatile, skilled musician with an electricity to her that can, undoubtedly, steal the show. You can check out her music, including new EP MILK, on all streaming services.