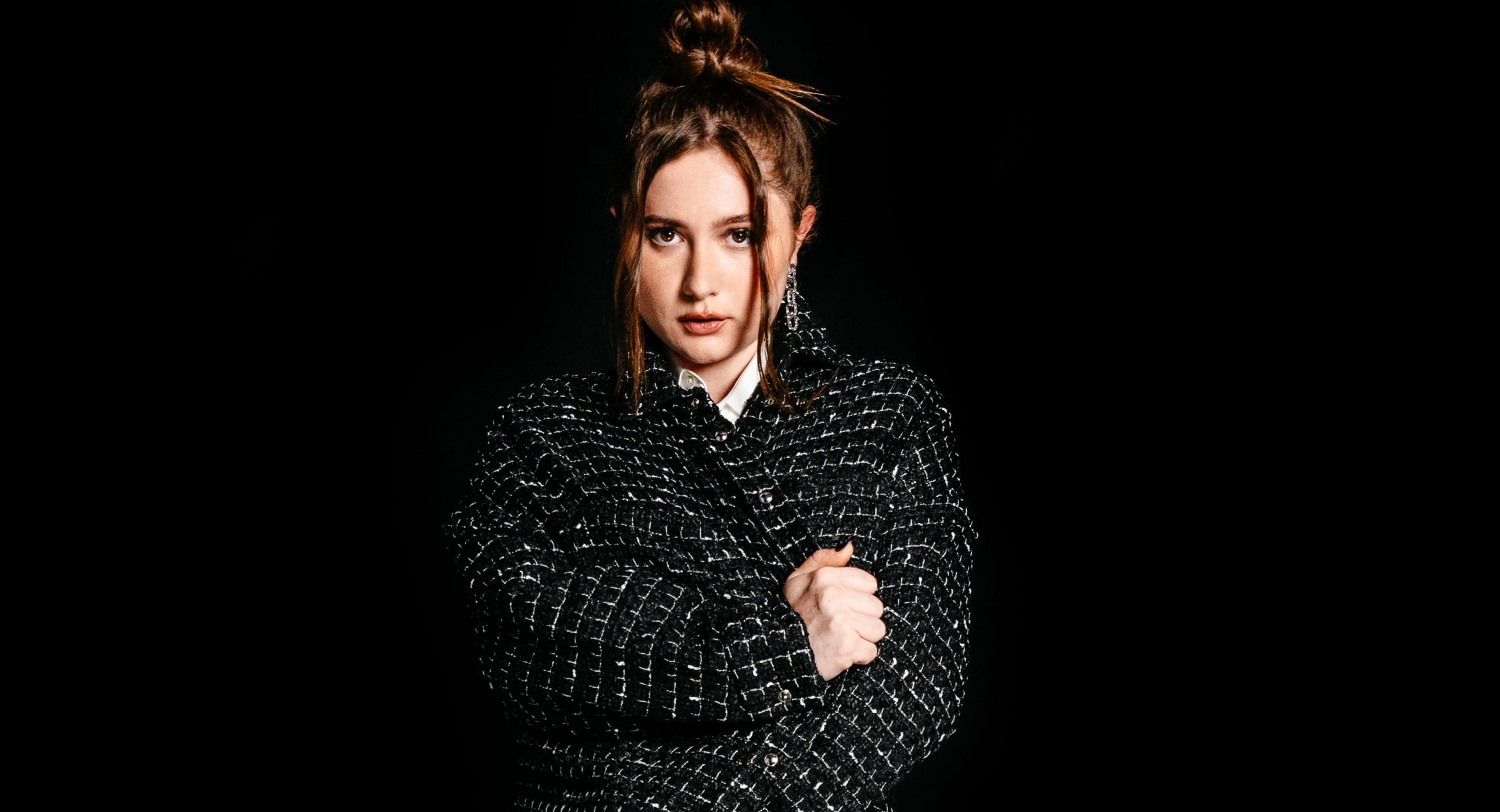 At just 23 years old, actress Emma Kenney, has mastered television. Most fans know her from Shameless where she played spunky yet kind-hearted Debbie Gallagher. Kenney landed the role at the young age of nine and was a series regular for all 11 seasons. While she was on Shameless, the New York native also got cast in the final season of Roseanne as Harris Conner-Healy, which then led to a series regular role for the spin-off, The Conners. The sitcom is now premiering its 5th season and Kenney is back as Harris with a few familiar faces on set.

At the time of the interview, Ethan Cutkosky had joined the cast for a guest role, and soon after, it was announced that William H. Macy will also be a guest star. Both Cutkosky and Macy are a part of Kenney’s Gallagher clan. We chatted with the actress to discuss the 5th season of The Conners, reuniting with her Shameless cast, and her current non-acting project!

What does season 5 of The Conners have in store for viewers?

This current season we have a lot of fun guest stars which I’ve been excited about. A lot of people I’ve actually worked with before, which has been a really fun time having them back around again in my life, especially working with my current cast. It’s fun. It’s kind of the same trials and tribulations as the prior seasons, just very modern as it brings up current topics going on in the world, which I always appreciate.

How did it feel to have Ethan guest star on the show since you guys have always been so close?

It was so nice, honestly. It was such a nostalgic, warm feeling and I gave him all my tips and advice because this was his first time doing multicam. He’s just like a brother to me and a close friend, so I was really grateful. It was special.

Are there any plans for him to come back on the show?

I hope so. He’s so great to work with and so talented, so I don’t see why he wouldn’t be asked to come back. 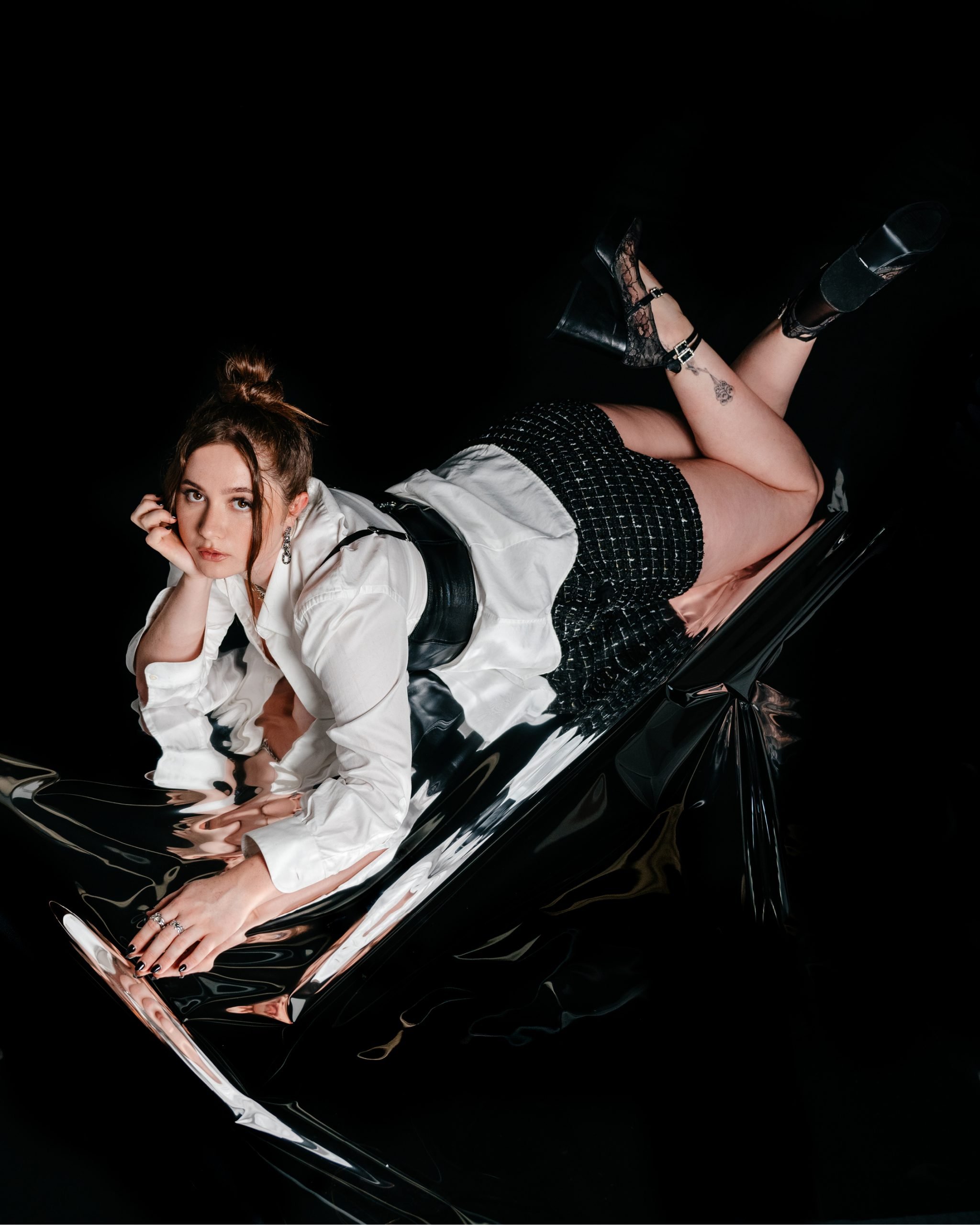 What do you love the most about portraying the character of Harris because I know you mentioned that it’s very different from playing Debbie on Shameless?

It’s the show that feels very different because single and multi camera are totally different worlds. I’m definitely more familiar with the group now. When I first signed on, it was a very tight knit group I was coming into, but everybody was super helpful. You kind of learned just from watching and being with people like them every day, specifically Laurie Metcalf. She’s somebody I really enjoy working with, on and off camera. I’ve always just thought that she brings out the best in every actor she’s doing a scene with.

Since the show films in front of a live audience, would you say there’s a lot of added pressure?

We have a live studio audience show every Friday and that’s such a special experience. I’ve never done any live audience form of performing before. I never did theatre. Honestly, I used to kind of get stage fright, but it’s so fun now to see the audience. It’s just a very fun atmosphere on Friday. I always look forward to it each week. I definitely feel very comfortable with the rhythm of it now. We do get a lot of script changes throughout the week. A couple of episodes ago, they completely changed a monologue of mine eight minutes before the show was about to start, but we got it done.

That sounds so stressful, but fun. It’s a lot like doing a play.

Yeah, I look forward to when we have quick changes in between. The energy is very hectic and exciting. We do multiple takes, however, because we have to get first pass, second pass, and all the shots. So it feels a little bit more relaxed than theatre actually would if you could literally only do it once. So I think it’s kind of the best of both worlds, honestly, to do multicam right now.

In a previous interview, you’d mentioned that you tried changing up the way you portrayed Debbie on Shameless because of the way she was being perceived by viewers. Can you elaborate a bit on that?

I definitely wanted to do that because I did feel like some of the writing was a little one tone for me towards the end, but I just think that’s natural with 11 years of hour long storylines. I wanted to bring a different tone. I also wanted to connect more to a younger version of Debbie, where she was a little bit more helpful, a little bit more patient and forgiving. I kind of wanted to wrap this series up on a note that felt more familiar. 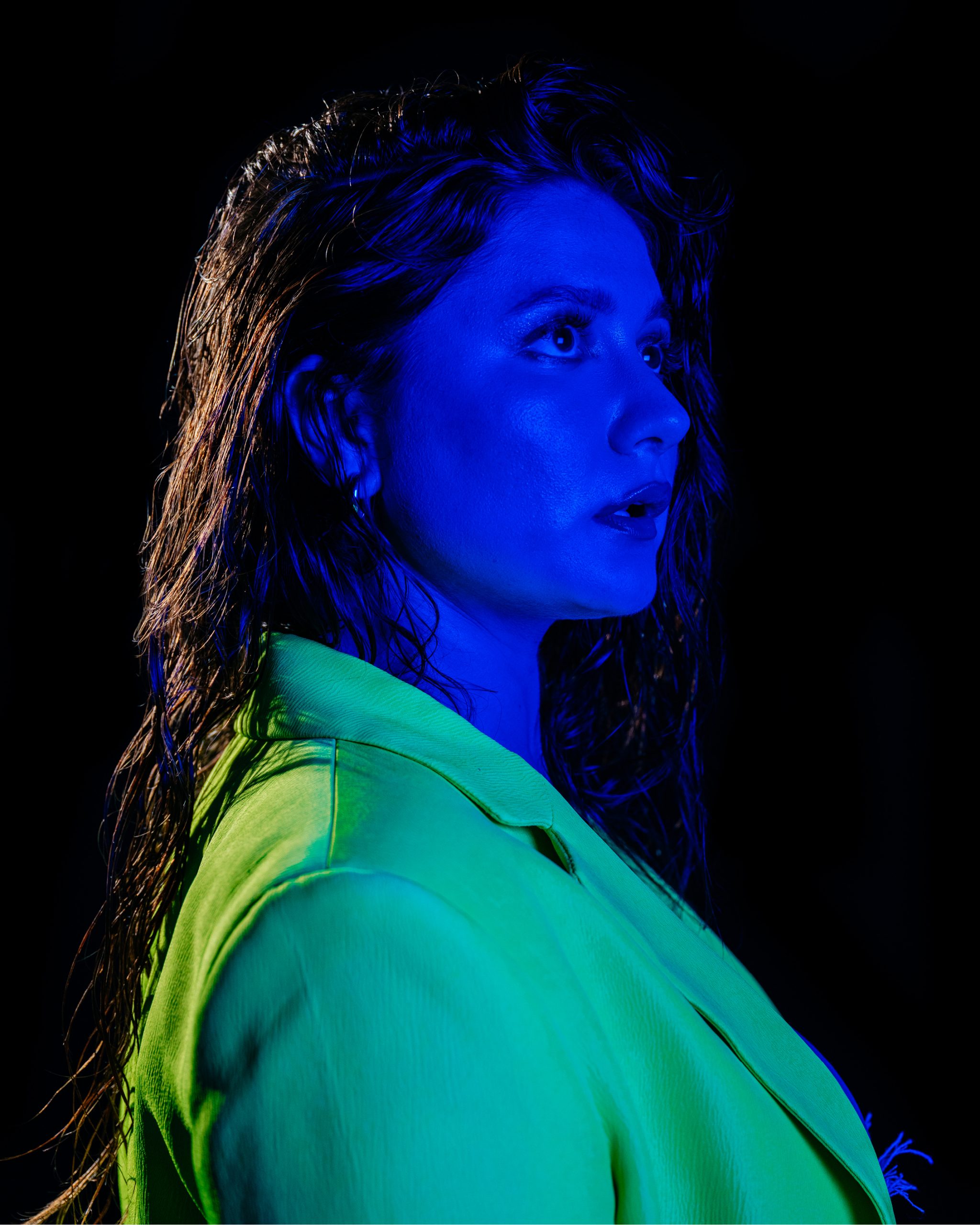 You and the Shameless cast often meet up and spend time together. It’s so nice to see a cast this close, but that makes sense because you spent more than 10 years together. How does it feel when you all get together?

Everybody has different jobs and families and lives and we kind of live all over the country now, but the core group definitely keeps in touch and there’s always invites for family birthdays and dinners and holiday shindigz. We definitely do have that dynamic still, and I’m honestly really grateful for it because I don’t have a very large family, so it’s special for me to have people I’ve grown up with.

I know, as a viewer myself, a lot of us could have watched the Gallaghers for years and years longer. But not everyone felt that way. Would you say a part of you and maybe even the rest of the cast was ready to say goodbye to your Shameless characters?

I would say around the end we were all ready to put it in a safe with a little lockbox and keep it in our hearts onto the next journey. I’ve been really lucky and blessed by the television Gods that I’ve had such constant work since I was nine. I’ve literally not gone six months without filming since I was nine years old. So I feel really grateful and blessed, but I’m definitely looking forward to the next chapter, the next city, and the next journey as well.

It’s amazing that you’ve been acting consistently since you were young. Your parents have professions outside of the entertainment industry. Were you ever inspired to do what they were doing, or did you always know acting was it for you?

I didn’t necessarily always know it was acting for me, but my mom is a lawyer. I never was interested in that. My dad is a writer. He used to work at the New York Post. He was a paperboy for them when he was kid and worked his way up to being an editor, which is a fun full circle moment. I always tell him he needs to write a script about that because he’s an amazing writer, so I think I look up to my dad for his job and I thought it was really cool, and I thought his story of working hard and it paying off was really inspiring.

Despite being on TV since you were in elementary school, you had a semi-normal childhood because you were still going to school and going through typical teenage stuff. Was that something you wanted to maintain even while working on your acting career?

It was. You know, when I was 15, actually, I was living in New Jersey and I thought to myself, I’m almost 18 and I’m probably never gonna have a normal job at least as a teenager unless I do something about it now. I got a job at a local bakery and I would fill cannolis and clean up the bakery after. I worked there a couple of months when we were on a hiatus from Shameless, and I look back and I’m so grateful that I got up and did that. There were many days where I was like, I don’t want to go to work right now. I want to hang out with my friends, but I’m super glad that I got that opportunity because I would look back and probably regret it. I didn’t go to college. I never applied. I really wanted to go to NYU Film School and I was super convinced that was going to happen and then I just never applied when I turned 18. Obviously, it’s never too late to go, but that is something I regret not having acted upon.

Do you think you’d consider applying in the future?

Maybe. I’d be interested in taking a psychology class. I wanted to do film school growing up and study directing and writing and producing and all of that, but I honestly think I had a really cool education just from talking with people and having so many friends in the industry. I’ve known my friends for so long now and it’s crazy to see them accomplishing their dreams. They’re writing scripts or making movies or acting in movies or becoming agents. All my friends are doing such cool things now and it’s been so exciting to see them kind of come into their role. I feel very grateful that I found my passion at a very young age and it worked and it kept going, so it feels like I’m living vicariously through them finding their new goals and their new passions and accomplishing things. 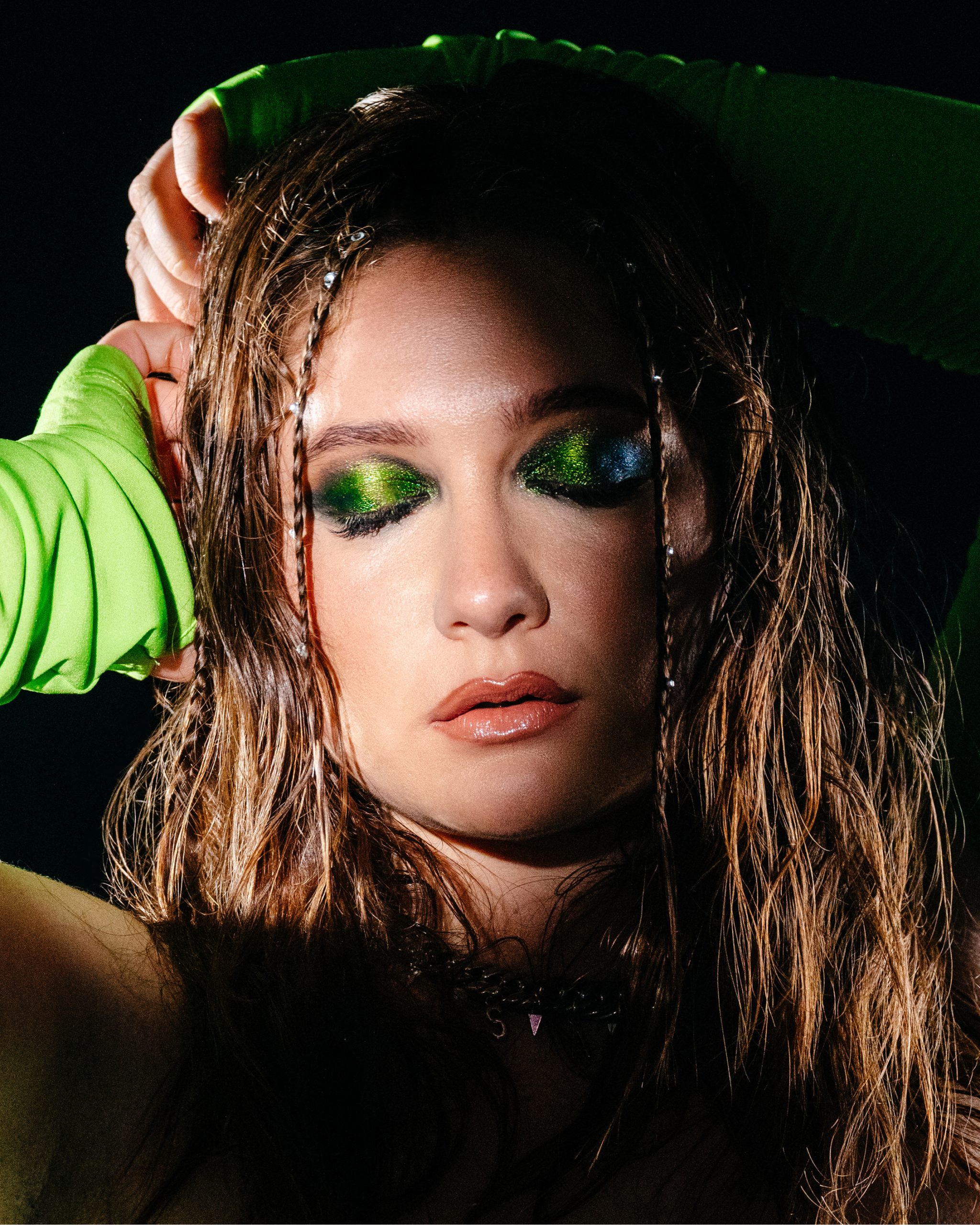 Are you hoping to take on more movie roles?

Absolutely. I do love the consistency of television and that you get to delve into the character and be in different situations and scenarios and costumes, which is always a fun aspect of being an actor. I’d definitely love to do more movies. I’ve only done a couple and I’ve never really had too big of a part in the movies I have done so I look forward to having more work to do.

What kind of roles would you like to play?

I would be interested in so many different kinds of movies. I want to do something edgy. I’d love to do an action movie and do my own stunts. That’d be fun. I used to have more stunts on Shameless, and I was always so excited about those moments. I feel like as an actor, you really do have to be a bit of a chameleon, so I feel like I could put my whole heart into any next project really.

Lastly, can you tell us about Yogi’s House?

It’s a passion project that I’ve dreamt of my entire life. I’ve always been an advocate for adopting dogs and rescuing animals, not buying. A group of girls and I, we’ve put together a dog rescue called Yogi’s House and we save dogs from the red zone, which is euthanasia. We’ve got a bunch of fosters on deck right now and some dog trainers that we send the dogs to, and we’re just trying to set these dogs up for success to find their forever home. We’ve only been doing this for about less than a month and we’ve saved over 40 dogs, so kind of crazy to think about, but I’m really grateful that we’ve got a really great team.