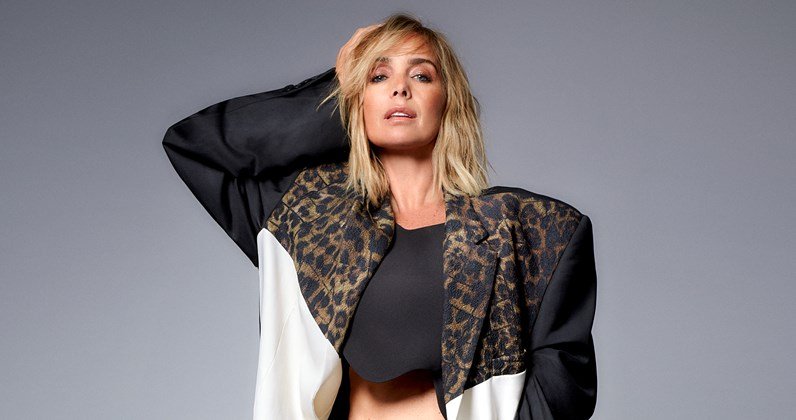 British pop star Louise is back with her first new material in almost three years, “Super Magic.” The single release quickly follows her announcement on Instagram where she revealed the exciting news that she had signed a new record deal with BMG. “New beginnings…” she teased in her caption.

With no time like the present, Louise has already kick-started a new era with the addictive “Super Magic,” a fun pop song that hears the former Eternal star playing with nostalgic sounds while remaining current. Posing in a stylish black ensemble with hits of white and leopard on the official artwork, it has been clear from the jump that Louise is ready to bring her A game again. Written with Shura, Ant Whiting, and Emily Philips and produced by Joshua Grant, Louise delivers an ‘80s-infused song made for the dance floor. “I didn’t see you coming / Like all the best tricks / I didn’t see you coming / Like super magic,” she sings during the song’s ear-popping intro.

Sonically, “Super Magic” sounds like an obvious ode to Janet Jackson’s 1986 “Control” and Prince’s 1982 “1999” eras. But, don’t let the throwback influences fool you, “Super Magic” very much sounds like a song that deserves to be released in 2022 and naturally follows the recent throwback hits created by the likes of Jessie Ware, The Weeknd, and Dua Lipa. The song will feature as the soundtrack to Peacock’s Christmas TV ad campaign this year, which Louise also stars in.

With a career spanning nearly 30 years, Louise has done her fair share of experimenting with pop sounds. With that said, “Super Magic” is undoubtedly one of the best songs she’s ever made and has the potential to introduce her music to the younger audiences of today who are obsessed with Agnes, Dagny, and Allie X. “This is my most favorite song I’ve released so far!” Louise wrote on Instagram. “I hope you love it as much as I do.”

During an interview with The Official Charts at Mighty Hoopla this past summer, Louise revealed she was “very excited” for fans to hear what she had been working on, explaining the songs showcase exactly where she wants to be as an artist in today’s market.

Following Louise’s huge success in the R&B girl group Eternal, she has remained a solo artist and produced hit after hit. To date, she has released four studio albums and achieved nine top 10 singles in the UK. Her most recent LP, 2020’s Heavy Love, became her first in 20 years and debuted at No. 11.

With more music to follow, we can’t wait to see where Louise takes us next!