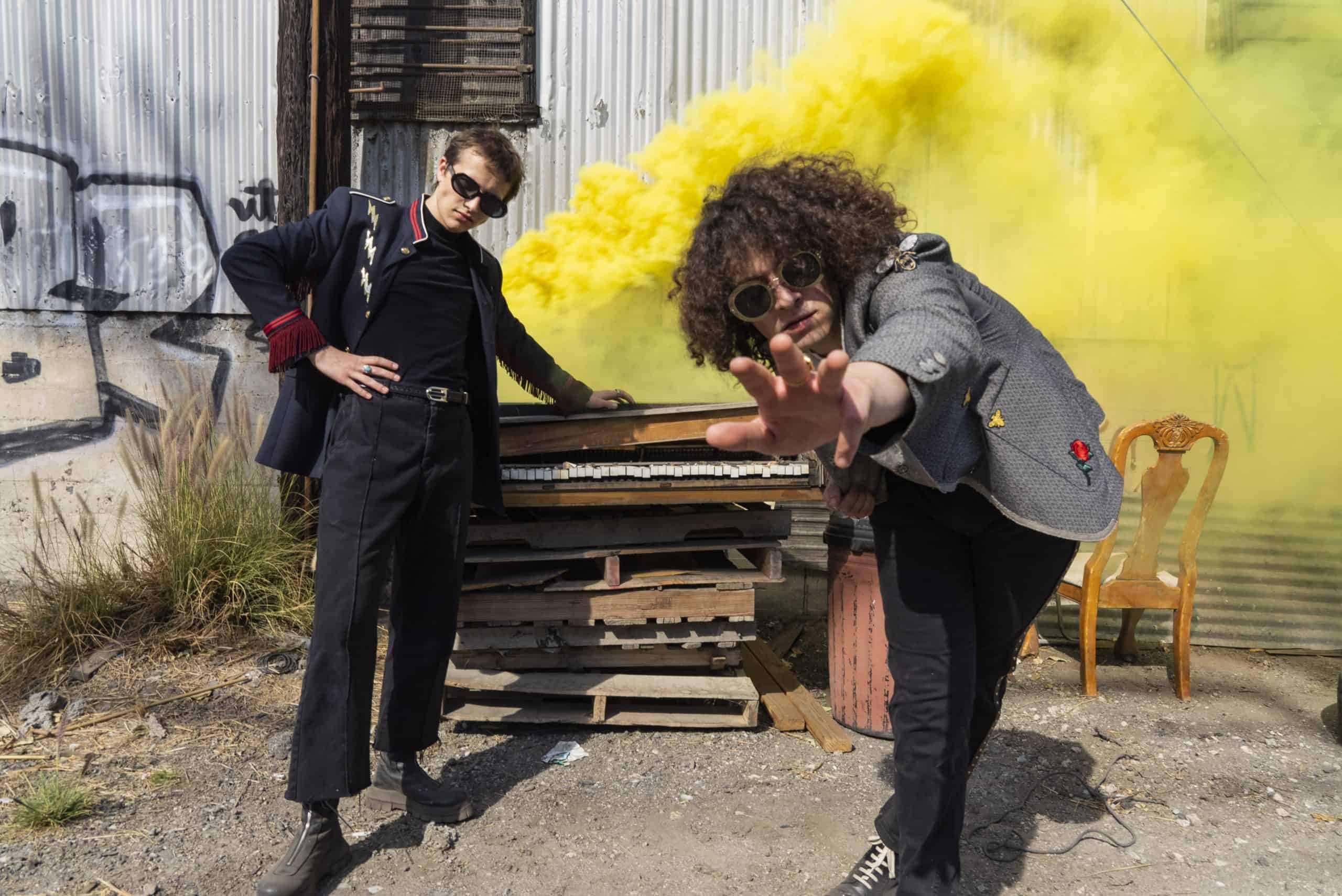 In the one year since his debut album, Harry Springer – the visionary behind Moon Walker – has continued to push his own envelope, expanding the possibilities of what modern rock can be and how it can sound, all while retaining its rebellious spirit. His raucous sophomore album, The Attack of Mirrors, finds him kicking down the barriers of the genre and turning his guitar-based sound up to eleven.

Formed during the height of the pandemic, Moon Walker is fronted by Springer, the jack of all trades who composes, produces, and performs all of the work under his moniker thus far. Consequently driven to self-record and release his music, he was able to hone in on his creativity as a multi-faceted artist during lockdown. “It forced me to become a producer,” Springer tells EUPHORIA. in interview. “As soon as I got comfortable with handling the recording and producing myself, it became my ideal method of making music.” As a result of this DIY foundation, Moon Walker has built a loyal grassroots following, which on Spotify amasses to over 200,000 monthly listeners.

While “Devil,” the now-viral track on his debut offering, Truth To Power, might have launched the alt-rocker into much of the success that he has today, it was only just a warm-up. The Attack of Mirrors is chock-full of Pink Floyd-esque grandiosity, rage-fueled energy, and ten songs infused with brash punk ethos. At its core, the album is an amplification of Moon Walker’s eclectic sound. “On Truth to Power, I wanted every song to easily translate to a live setting. The arrangements are much more sparse,” Springer explains. “On this record, I took that parameter off and let myself make whatever I wanted, regardless of how impractical it would be to play live. In typical ‘sophomore record’ fashion, it’s much more experimental. And much more electronic.”

A prime example of this experimental approach can be heard on “Varsity Blues,” a track that heavily utilizes whirring futuristic synths and pulsating beats. Seamlessly, the track bleeds into “I’m Afraid I’ll Go To Heaven” – a hard-rock-leaning follow-up led by more hypnotic synths and powerful lyrical content. Featured alongside these diverse gems are stadium-ready anthems, such as “Doombox,” brimming with high energy, jagged electric guitars, and killer hooks that should only be screamed at the top of your lungs.

This innovative and ambitious approach to carving out his own sonic world sees Moon Walker exploring different terrain in a way that feels both nostalgic and progressive. Springer, whose flamboyant fashion sense bears a striking resemblance to T. Rex’s Marc Bolan, cites his amalgamation of musical influences from the glam of Bowie to the avant-funk of Talking Heads. For the record, in particular, he looked to the likes of Nine Inch Nails, Kendrick Lamar and Primal Scream, more specifically their politically-charged album Xtrmntr.

In much of the same way, a recurrent motif on The Attack of Mirrors is dystopia. Followers may already be familiar with how Springer regularly uses his platforms to bring awareness to the shifts in the social and political landscapes. This invigorating outspokenness shines through in his lyricism. “The record hits on a lot of topics,” Springer says. “I think that the singular encompassing factor that strings them together is the fact that they stem from self-hatred. I believe that’s the root of every issue I discuss on the record. All the people who put hate and vitriol into the world are really just putting up a front.”

Transparency is also at the heart of Moon Walker’s work. To close out the album, the final track “Nothing Can Save Me (From Myself)” evokes sentiments of existentialism and alienation. The lyrics paint images of introspection, self-loathing and antipathy over explosive guitars. It also happens to be Springer’s favorite track on the record. “It’s actually still emotional for me to listen to it,” he admits. “I buried so much hopelessness in that song. It’s like a capsule of emotion. I can’t hear it without feeling all the emotions I felt when I wrote it.” It’s a turbulent ending that revels in honesty and vulnerability.

As a whole, Moon Walker’s The Attack of Mirrors embodies the perfect juxtaposition between raw lyricism, coupled with high-intensity rock that creates a distinct sound all his own. Listeners are immersed in a battle between autonomy and authority. When asked how he wants others to feel after soaking up the album, Springer quotes Cesar A. Cruz by stating, “‘art should comfort the disturbed and disturb the comfortable.’ This may be cliche, as it’s one of the most proliferated quotes of all time (for good reason), but that’s the best possible way I could put what I’m doing. A lot of people feel very seen and heard by my music and a lot of people feel very targeted by my music. I wouldn’t have it any other way.”