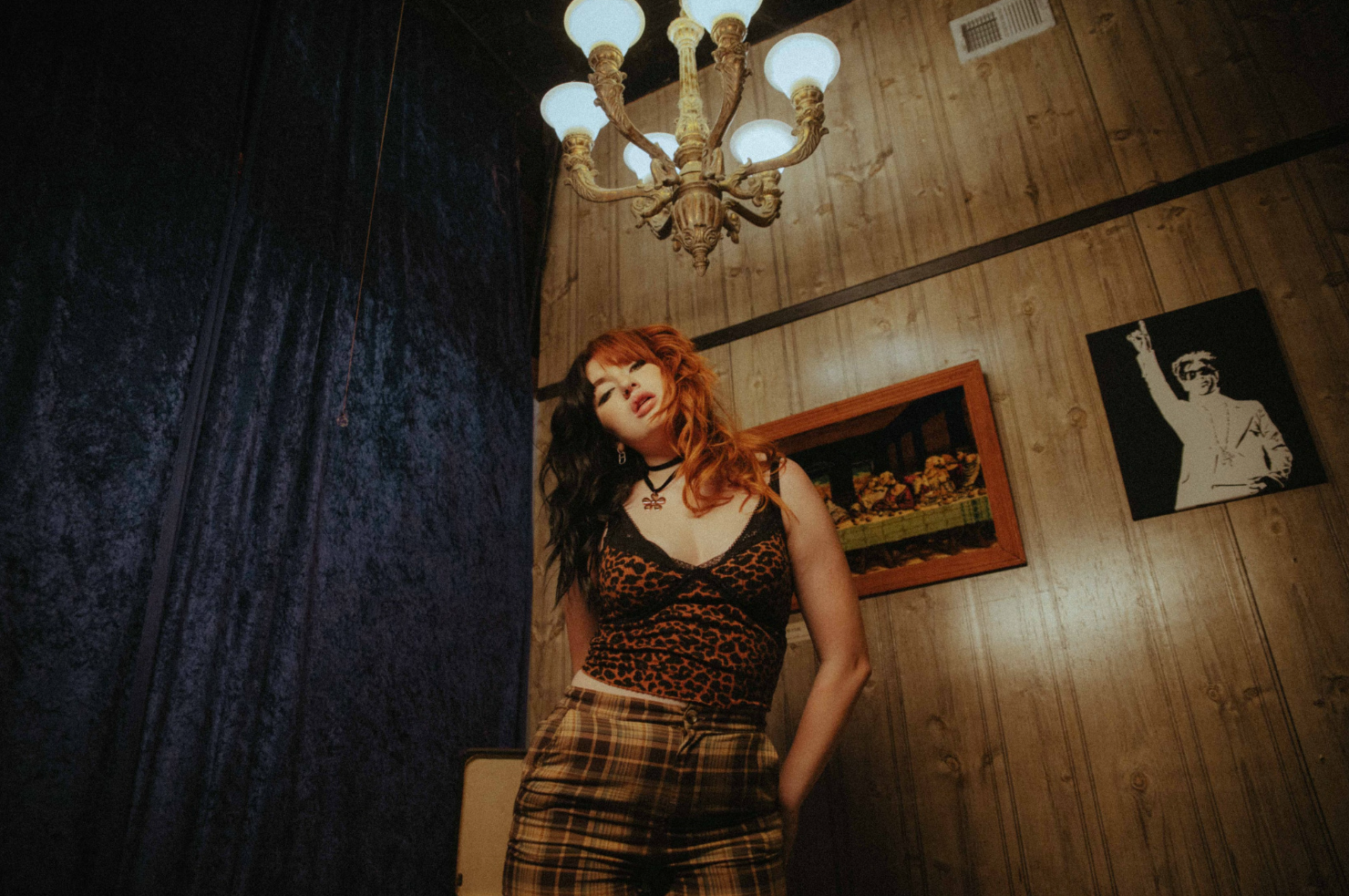 As the resurgence of the 2014 Tumblr aesthetic continues to permeate through our Instagram feeds and TikTok For You pages alike, there has never been a better time to lean into the chaos of our indie sleaze dreams. Gritty and packed with spunk, 18-year-old GAYLE supplies a soundtrack that marks the dawn of a rock and roll era with the a study of the human experience volume two EP.

Fresh off the heels of the viral success of the ever-catchy track “abcefu,” GAYLE quickly (and deservingly) became an instant radio darling. It was 2021 when the singer watched her fellow Gen-Zers sing along to the anthemic breakup song on a worldwide scale; and just one year later, the songstress offered a new chapter for fans to worship. a study of the human experience volume one already infiltrated our playlists as a six-track display of clever lyricism and edgy beats. What’s more, volume two of the same name features a similarly seamless roster of curated concert-ready bops and vulnerable ballads. Together the EP duo creates a diverse tracklist that feels authentically GAYLE–indie, edgy, and cool.

For the listener seeking a raw account of growing up in today’s age, look no further. Masterfully encapsulating the simultaneous fun and heartache of edging adulthood, GAYLE affirms herself as the poster child of the 90s pop-rock revival. EUPHORIA. sits down with the singer to discover the playful ins and outs of making magic as music’s most creative rising rockstar.

Let’s kick things off by talking about the main event. Tell me about a study of the human experience volume two. Where did it come from? Why do you want people to hear it?
volume one, I look at that project as honoring the things that I wanted to do when I was younger. The pandemic happened when I was 15, and especially as an independent artist at the time, it was really hard to release music. There were some songs that I absolutely adored and really resonated with at the time, but I felt it wasn’t a great time for me to release music. After “abcdefu” was when I had more people looking at me than I ever.

For the second project, a lot of the songs were written when I was 17, about to turn 18, and a lot of songs in the first project, I was 15 and 16. So I see it as me diving deeper into my story and like why and the way I am. I heard this quote, and it really made me think. “The human experiences are undiagnosable,” where it’s so specific per person, but then there are also still general experiences that we can have as people. For me, my parents got divorced, when I was younger, and my specific set of parents is very specific to me, but the experienced of parents getting divorced is still something that happens to people. There’s still something about it that multiple people can have the ability to relate to in some way. And so those are kind of the things that I wanted to talk about.

volume two is a true standout in your discography. It felt almost like a whole new vibe while still sounding authentically GAYLE. If music could talk, what do you think volume two would say to volume one?
Oh, gosh, that’s a good question! “You’ve grown up” is what I’d probably say. Things are a little bit older and a little bit more refined. I’m always wanting to move my music in a direction–I want to try my best not to stay stagnant. The first EP I was still honest, but with the second one, I’m more honest about different things, you know?

Totally! I’m curious to know how you’d describe the vibe of the project. Someone goes to listen to volume two for the first time. Where do you picture they are to get the ideal listening experience?
I’d say for the first time you should probably listen to it in your car. I tell the story of the events in the way they actually happened. I went through this breakup and some other things that made me question God, the universe, and life. I’m a toxic individual at times when it comes to relationships. Like I’d love someone so much it just made me hate them. And so that’s an aspect that I’ve put into the project. So in your car, you can pick which songs you want to listen to with your friends and which ones you want to listen to alone in your bedroom.

After that same person finishes a listen to volume two, how do you want them to feel? The music stops. What are they walking away with?
That I’m not particularly doing one thing. I’m just trying to do the things I like and talk about my life. All I am is someone who lives their life and then makes music to talk about it. If you stick around for that, great! And if you don’t, you don’t.

You started off this next era with the track “indyedgycool” – I love it. I instantly fell in love and marked it in my notes with a big “YES.” Why did you want this track to usher in this new era for you?
I put it out the same day I put “abcdefu” out, and for me, the song was a bit of a reaction to the reaction to “abcdefu.” There are some people who were just “too cool” to like the song once it got to a specific point, once it got on the radio. It’s for the people who can’t be seen as the “average human being.” I also care too much about being seen as cool. Sometimes I want to please every single person on the internet when that’s literally impossible–and that’s not going to bring me any joy or any long-term happiness. And it was also very sarcastic and ironic to take on this perspective. I was almost taking on a character. It’s not about a relationship, it’s about me, and I just felt like that was a good start starting point to introduce volume two.

I think it’s also a cool standout to everything on the radio. There’s almost been a resurgence in rock, namely for women which I think is awesome, and you fit so well into the mold. Tracks like “abcdefu” merely reinforce that. What is it about this genre that is getting people to listen? Especially Gen-Z.

I think for me personally, it’s the live performance. I think rock is one of the best translatable performances. Like from the car to the stage, both are very high energy and very intense. I think also if you look at Alanis Morisette, for example, not only were her vocals and instrumentation rock, but also the things she was saying. The lyrics were just so jarring, and shocking, and not the healthiest or “most mature.” She was saying whatever she wanted to and I think that’s rock and roll.

Playing an instrument as hard as you possibly can, jumping around, being sweaty–that is so much fun. But it’s also the enjoyment of getting to do that with other people. It feels like the possibilities are endless. Live music is timeless. This is something that has existed for, I mean, forever basically.

Any memorable moments come to mind when you think of your own experiences with live music?
My first concert ever was Aretha Franklin. I believe I was around nine years old. I was in Texas, and that was just a moment. Seeing her in a fur coat and just singing, like really singing. That was so incredible.

Circling back to the EP itself, I need to ask about your amazing collaborators. You worked with some incredible artists and producers, including having blackbear feature on one of the songs. What have you learned from this project you’ll take with you in making your next?
I did a lot of the EP when I was on tour, and I guess my thing would be trying not to do that because I think I’m very picky. I’m very, very used to being in the room when songs are being made.

I really realized how important specific things are to me, like drum sounds, bass sounds, and piano sounds. I literally did like six demos of one song just on the piano. For me, every single thing in my music is a decision, even from the way the vocals are processed, the words that I’m saying, the melodies I’m using, and the instrumentation. I really appreciate each choice as a heavy decision to make. Every single sound adds up to something.