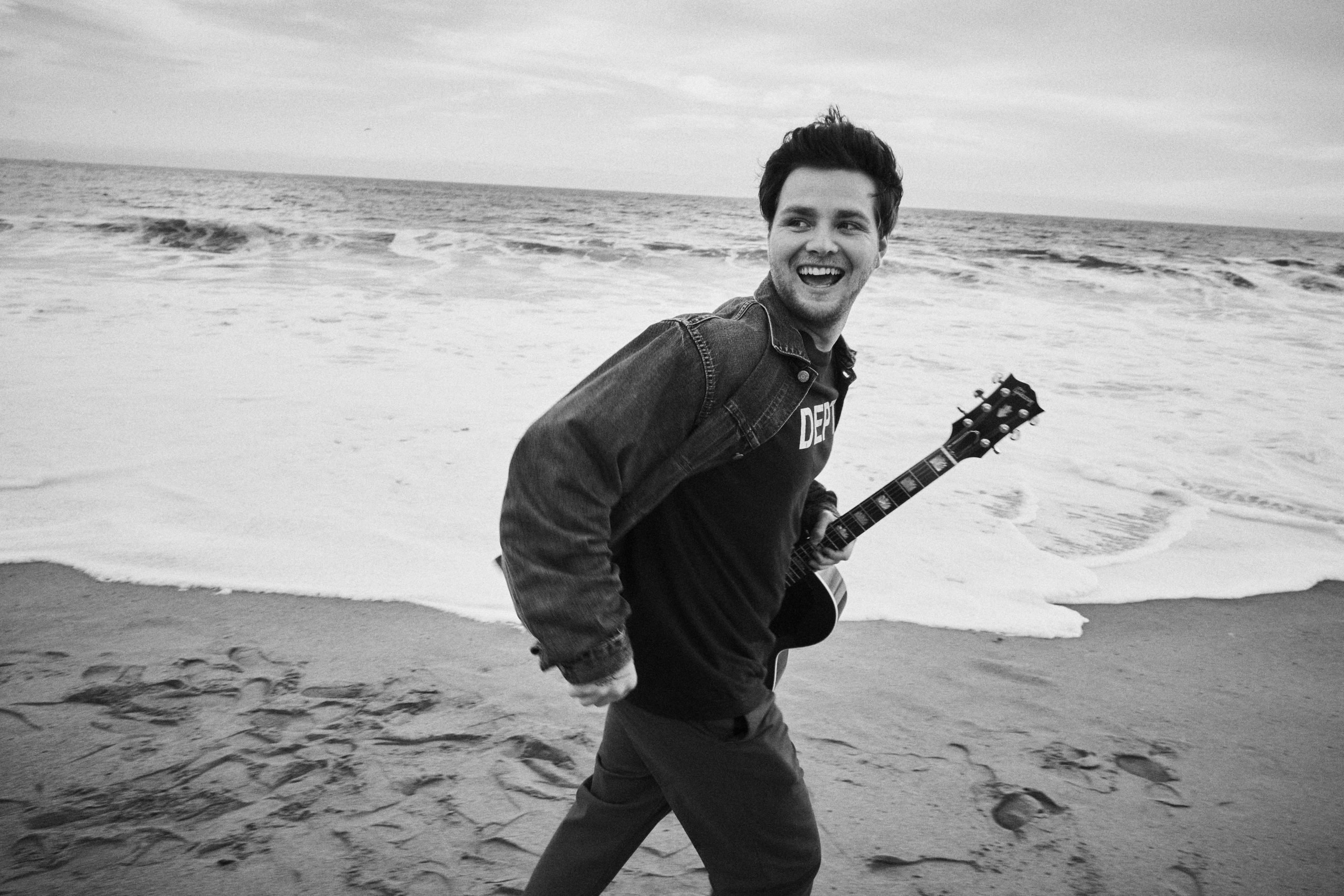 Alex Warren is an already established online sensation, and music is merely the latest skill woven into his repertoire. The singer, with an astounding 15.5 million TikTok followers to boot, holds his audience in the palm of his hands, largely thanks to his undeniable humor and humility. Having taken the internet by storm as one of the most followed Gen-Z celebrities, releasing music for his supportive community feels like a natural career progression. Now with Warren’s latest single, “Headlights,” listeners can experience an authentic extension of the persona millions have become enamored by.

“Imagine having anxiety and you don’t know how to tell anyone, or how to express it, so you just write a song. This is that song,” Warren says of the track on TikTok just hours before the single’s premiere. “Headlights” is a relatable journey taking his real life traumas and dealings with mental health. His candor creates a sonic diary entry that gives meaning to loneliness. “Ever feel like you’ve had enough / Screaming at the top of your lungs / These days it’s so dark and I can’t get my head right” he sings in a cathartic belt–and we can’t help but join his chorus.

“Headlights” pulsates: quiet verses shift into grandiose hooks for a euphoric 3 minutes. His deep voice on full display, booming and expansive. All the same, the track’s bridge of poignant lyrics against Warren harmonizing with himself is a bewitching moment in music. Not to mention the song sits perfectly somewhere between pop, indie, and rock; quite frankly, it’s a sure-fired hit for anyone willing to hit the play button. Put simply, a hypnotic voice paired plus a resonate beat is the ideal musical formula, and Warren is sure to reap its inevitable success.

“Headlights” drops alongside a vulnerable music video serving as a visual aid to Warren’s tumultuous mental health journey. Akin to a full length documentary, text reading “The following is based on a true story” instantly flashes across the screen, a forewarning that your heartstrings are about to be tugged at.

Spoiler alert– they are absolutely are, but a track like this makes it worth it.

With “Headlights” serving as the fourth single added to his belt (the initial three collectively earning over 40 million streams to date), it’s more than clear that Warren is a bona fide force to be reckoned with.

“Headlights” is out now on all platforms.