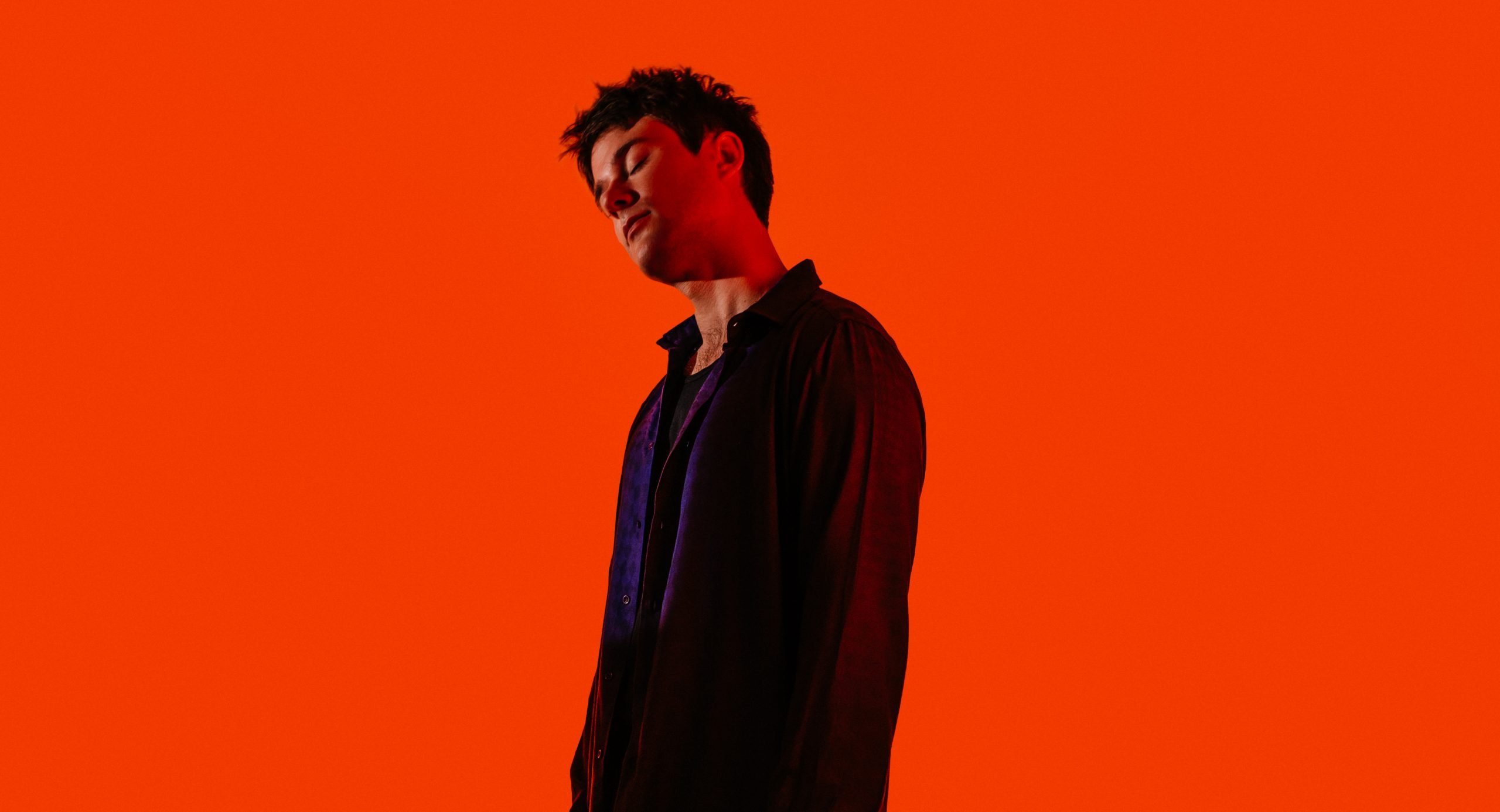 While on tour for his latest album (Un)Commentary, Benjamin reflects on the changing social landscape and the reality of objectivity in art.

The debate is often sparked about whether one can separate the art from an artist; at a more granular level, the conversation is shaped into the ability for an artist to separate themselves — their emotions, feelings, guardianship — from their own projects to take a look through an “objective” lens. Alec Benjamin lies somewhere in the middle of that discourse, ultimately understanding the need to create and sell music as a working artist while recognizing that it isn’t possible to distance oneself entirely from work that was developed from his own knack for narrative storytelling and connecting listeners through shared experience.

Currently on tour in the U.S. performing his latest project, (Un)Commentary, Benjamin found himself surprised that “Devil Doesn’t Bargain,” a song he didn’t love (and initially wrote off as one he would pitch to other artists), quickly became the most buzzed-about song on the project. Over 50 million streams on Spotify later, it is also a fan-favorite on tour, and Benjamin’s note of reflection on the track mirrors his philosophy about making music more broadly.

“Have you ever looked at a picture of yourself and you’re like, ‘Oh, this is the one I look the best in,’ and then everyone else is like, ‘No, you look terrible in that photo?’” Benjamin explains. “You can’t look at it yourself and sort of separate yourself from it and be objective about it. Same with music, when I listen to my songs and stuff. There’s a part of me that enjoys making music for pleasure and doesn’t really care about the outcome… At the end of the day, I’m making music to sell it. It’s a product. I’m signed with a record company. I don’t make it for myself, I make it for other people. So, it’s not up to me to say what is the one that — if people like it, then they like it. It is what it is.”

It’s a sign that Benjamin’s audience is evolving in their taste just as he is in his sound; whereas 2020’s These Two Windows sounds and feels like the quintessential mainstream singer-songwriter record (and a brilliant reflection of Benjamin’s use of diction and rhyme scheme throughout), (Un)Commentary contains several sleeper pop hits that bring his name forth as a crossover from indie to pop star. The project reaches new heights in genre with the addition of the lovelorn, rhythmic “The Way You Felt” while maintaining a through-line of Benjamin’s signature folk sound in tracks like “Nuance” — the song he describes as the most reflective of who he is as an artist now. “It’s overcomplicated, in a good way,” Benjamin says.

In addition to the changing of tides when it comes to production, the social landscape that (Un)Commentary was released into is largely different from the early pandemic timeline of These Two Windows. With a newfound appetite for live performance, audiences naturally gravitate toward music that sounds built for it; this project, perhaps more so than Benjamin’s previous work, feels ready for stage time from the strong instrumentation in the chorus of “Shadow of Mine” to the engaging lyric of “Dopamine Addict.”

Benjamin also acknowledges that the way listeners discover and consume music varies in the present day. Before, he found that week one numbers of an album were a telltale sign of success, but the way that social media has reshaped the industry, discovery can come long after release day. He cites Kate Bush’s “Running Up That Hill” to be a prime example of that evolving consumption; one of the most fascinating modern examples of reemerging art, the song was re-popularized on TikTok nearly 40 years after its original release. Success is now redefined, blurring the lines that once defined what we considered to be a “hit” and giving new life to the longevity of a record.

Though not on quite as long-term of a scale, Benjamin has seen a similar effect with his own music, and it creates an obstacle when considering where his audience is sourced. “Because of the current media landscape, it’s hard to tell where fans are coming from because things take so long to discover that people are just now discovering my first two albums, you know,” Benjamin says.

Benjamin credits this in part to a larger shift in media, and particularly Instagram and Facebook’s move to become more similar to the short-form nature of TikTok in practice. What he described as once a platform meant for connecting more intentionally, Benjamin believes that the way Instagram has shifted — think: Reels — is in line with the way listeners are consuming, but it isn’t necessarily a good thing. In fact, he thinks it kind of “sucks.”

What was once an opportunity to cultivate an authentic fanbase feels less attainable, with the value of a follower only as great as the algorithmic success of a video or post being served to them. To Benjamin, it feels as though artists are at the mercy of the For You page, a relatively new (and “frustrating”) development in the timeline of his career as a musician.

“Here’s the thing, it was different with Instagram, because I feel like Instagram and Facebook and a lot of those started out as social networks where I find that was never sort of the goal with TikTok,” Benjamin explains. “Instagram was like, ‘Hey, let’s connect with your friends and your family and Facebook was like, ‘Let’s connect with your friends and your family,’ and the marketing was like a secondary thing. When you subscribed to somebody, that was like more of a commitment because you were sort of accepting the fact that you might see them interspersed throughout all of the content that you see everyday that includes your close friends and family. TikTok is not all that — there’s no social networking, friends and family aspect to it. It’s very different.”

And often, posting on TikTok doesn’t even feel true to himself to begin with. “It’s so embarrassing to me,” Benjamin says, laughing. “It’s not what I would do naturally.”

Despite feeling like he has little control over who finds his work, Benjamin does have autonomy over the product itself — and often, he opts to delegate elements of that practice to trusted hands. Outside of its reign as a TikTok favorite, “Devil Doesn’t Bargain” manages to have the best of both worlds, carefully blending the pop and folk genres to create a standout track while going back to Benjamin’s roots in lyricism that shares similarities with the narrative heart of 2020’s “Must Have Been The Wind.” 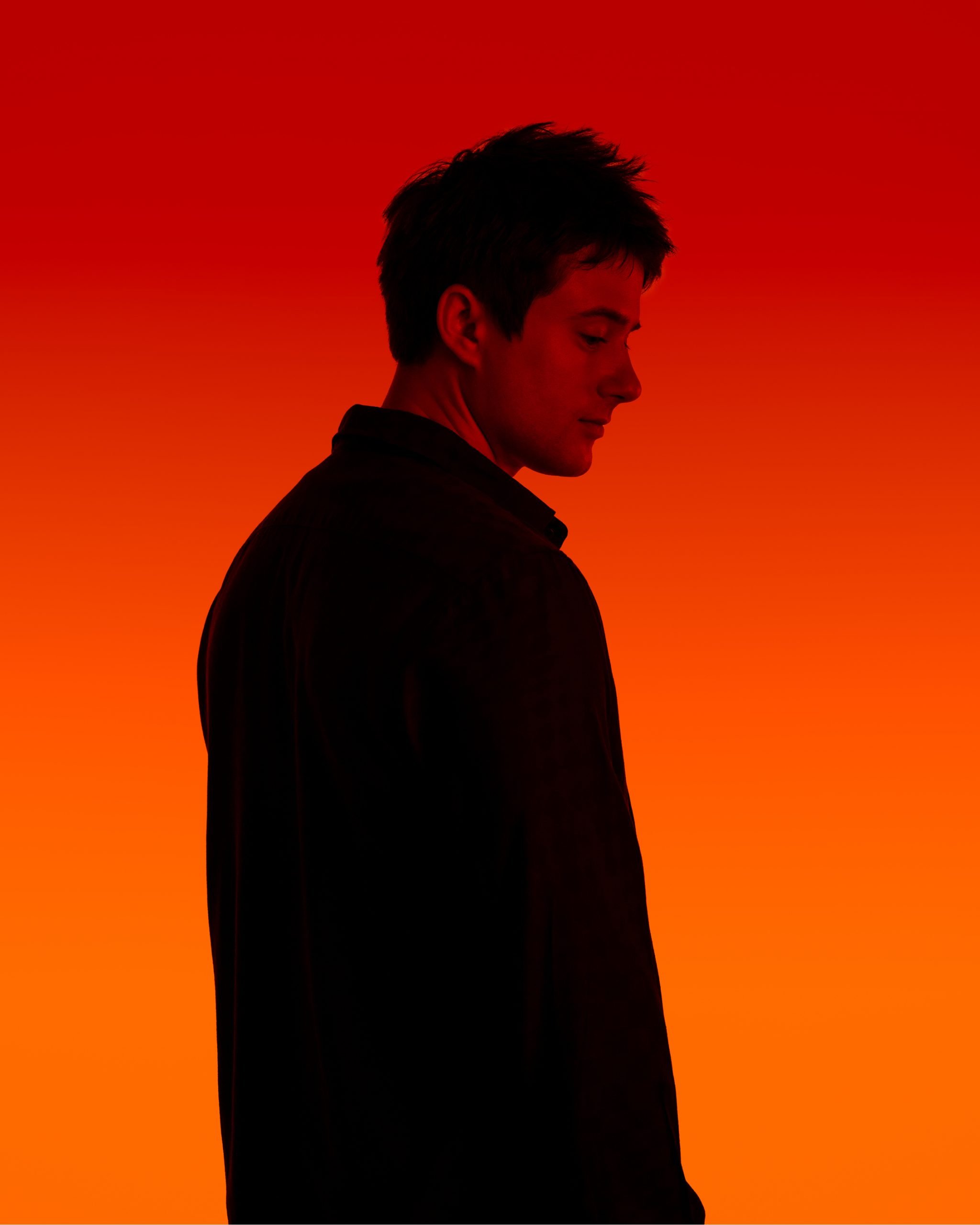 But beyond the penning of the lyrics, Benjamin likes to remain hands-off; though there are occasions where sonics will produce some lyrical inspiration, the production of a Benjamin song is typically based around his writing rooted in self-reflection first. “When I hear things, I can be like, ‘Yes, this is reflective of what I would want the song to sound like and how I feel it should be represented sonically,’ but I sort of separate myself from that part of the process,” Benjamin says.

He continues, “So, a lot of the songs I’ll write in my living room, write the lyrics and the chords and stuff, and then send them to a friend or have a friend work on it, send it back to me and then go back and forth that way. I’m rarely in the studio while a song is being produced. Every once in a while, it will start out with a track and the sonic elements in a track will inspire the lyric, but generally speaking, the lyric comes first.”

Benjamin also keeps himself distanced from the assembly of the tracklist; in suit with the theme of objectivity to his own art, the long-winded process of creating an album requires an outside eye (or ear) to assist in shaping its final form. In the case of tracklisting, Benjamin entrusts his manager to take on the task of ordering what will become the project’s narrative. “Although I recognize that it’s important, it’s not something that I’m able to do because I can’t separate myself from the songs,” he explains.

That inability to completely detach himself from a piece of work spans back as long as Benjamin can remember in his career, but he realizes now that the reception to a song he loves may be entirely different from an audience that doesn’t share that same, deep-seated attachment to it. The listener is “objective” because they didn’t write the story, and while they may relate to Benjamin’s experiences, they also did not live through them.

(Un)Commentary, as the name suggests, is an amalgamation of Benjamin’s thoughts while navigating growing pains like feeling invisible and growing up in tracks like “Deniro” and “Older,” respectively. He compares the sensation of translating that commentary in his music to writing a history paper in school — while one may think their writing is sound, it isn’t until a third-party reads the words that you realize you were missing crucial context for the sentence all along.

“Art for me, it’s a form of communication,” Benjamin says. “And if other people don’t understand fully what you’re trying to communicate, then you haven’t been successful. I’m not communicating to myself; I know what it is that I want to say.”