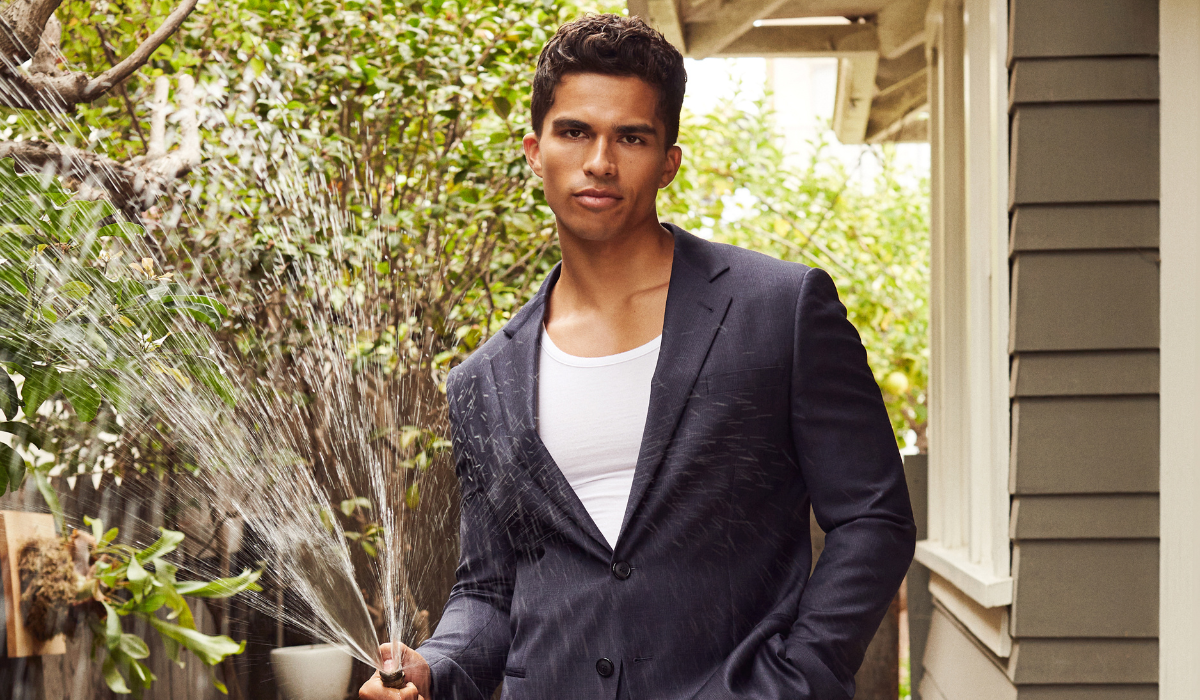 In 2022, YouTube may be too big for its own good. But, if you grew up in the era of Sam Tsui, Cameron Dallas, and Tyler Oakley, among others, you are, likely, very familiar with Alex Aiono. The charismatic young singer/songwriter made a name for himself on the platform with inventive mashups, utilizing a healthy combination of current hits in a plethora or genres such as pop, R&B, and hip-hop, and classic 2K hits. He, like many of his contemporaries, used the notoriety to collaborate with others on the platform, often with dizzying results. Some of his most viewed videos are collaborations, such as his mashup of “Havana” by Camila Cabello, “Mi Gente” by J Balvin and “Hips Don’t Lie” by Shakira/Wyclef Jean with Broadway star Diamond White that sits at 14 million views, and a mashup of “Young, Dumb and Broke” by Khalid, “Bank Account” by 21 Savage, and Bodak Yellow by Cardi B with JamieBoy that sits at a staggering 30 million views. The influence of Justin Bieber, who almost singlehandedly laid the groundwork for YouTube musicians, is evident on Aiono, as well as many others, but Aiono has always maintained his originality and skilled musicianship.

When put in the same category of other giants in the world of YouTube such as Leroy Sanchez and Conor Maynard, Aiono is humble. “I’m very honored to be seen as an influential artist on that platform,” he said. “Shout out to my brother William Singe also, who absolutely deserves the honor.” Aiono has stepped away from YouTube for the better part of the last year, working on acting projects such as the reboot of the cult classic Pretty Little Liars, as well as the Netflix series Finding, Ohana. His last video on YouTube, a cover of “drivers license” by Olivia Rodrigo, was posted over a year ago. “Each chapter of my life is wildly critical, but just a PART of my life,” he said, on stepping away from YouTube. “Parts have to end so we can add new parts to become whole! Of course, it’s always hard to close a chapter, especially one that was full of views and likes and intoxicating reward. But, I’m so grateful to be adventuring through riveting new chapters!” He teased that he would, eventually, return to YouTube, saying, “’Stepping away’ always keeps the option open to ‘step back into.’”

Aiono’s venture into the world of acting wasn’t a spur-of-the-moment career shift. He played Sebastian in the YouTube series Royal Crush to get his feet wet, then, at the behest of some friends, went for it for real. “The big dive came in 2019 when I joined forces with UTA and my ‘big dawg’ Peter Desantis came into the picture,” he said. “He had seen the little glimpse of acting I had done, and asked me to trust him and give it my all.” He also credits industry friends Billy Mann and Liz Baylog for pushing him along in the process.

He landed the role of Ioane in the Netflix adventure film Finding, Ohana and, soon after, appeared as Walter in the Disney+ series Doogie Kamealoha, M.D, based off the beloved Neil Patrick Harris-led Doogie Howser. The former was incredibly well-received, reaching #2 on Netflix’s Top 10 Most Watched list in the US and scored an 85% on the media rating site Rotten Tomatoes. While he hasn’t been able to provide any original music for these projects, he was able to use his musical ability as an advantage in the project, singing a cover of the Meghan Trainor hit, “All The Ways,” in an episode of Finding, Ohana. He is also working on Daniel, a musical short film. However, he feels similarly to Anna Kendrick, who once joked that she did not want to be known as “Sally, Musical Theatre”, not wanting to be pegged as just a singer who acts. “What I love about these film and TV projects I’ve been able to find the music in is that it has always been organic,” he said. “Never forced. I never want to be the guy who HAS to sing or play an instrument in a project solely for the sake of showing I can. In fact, I’m grateful for the moments in which I’ve had to stretch myself and hone in on the art of entertaining without my strengths. Those moments have made me a better actor, in my opinion.”

Most recently, Aiono can be seen as Shawn in the HBO Max reboot of Pretty Little Liars along with stars like Bailee Madison and Mallory Bechtel. The show, of course, continues the legacy of the mysterious “A” and the group of teenage girls they, whoever it is, lives to terrorize. Aiono says he landed the role thanks to help from the “powerhouse” management duo of Matt Luber and Lena Rocklin, and was excited to work on a project he had a personal connection to. “I was aware of the series growing up because my sisters were big fans,” he said. “Now I get to be a part of that same series I watched with them.”

His approach to understanding the craft of acting, after years of music as the focal point, is one of a mature, dedicated artist. “The biggest difference to me is that with music, you have to be relentlessly and unapologetically yourself. But with acting, you have to figure out how to be relentlessly and unapologetically someone else. It has definitely been a learning curve getting to the point where I feel I can do that, but I think because I was able to figure out how to be my rawest self first, it’s definitely helped me crack into being someone else.”

Aiono names “fellow Māori” Taika Waititi and musical chameleon Pharrell as dream collaborators in film/TV and music respectively, seemingly viewing both men as masters of their craft. He has other acting projects in the works, and plans to follow up his debut record, The Gospel at 23, at some point in the future. “I put my whole first 23 years of life into one album. I think what you’ll hear next is a mixture of where I’ve been since TGA23 and where I want to go next.”

While he has many years ahead of him and many more successes to be had, Aiono remains a humble star-in-the-making willing to learn from those around him. He has relished in this social media-driven world we live in, but chooses to remain focused on what is real. “It’s not about being perfect or only showing highlights anymore,” he said. “The advice I have, as I take it myself, is to stop chasing perfection, and to share your heart with everyone no matter what.”