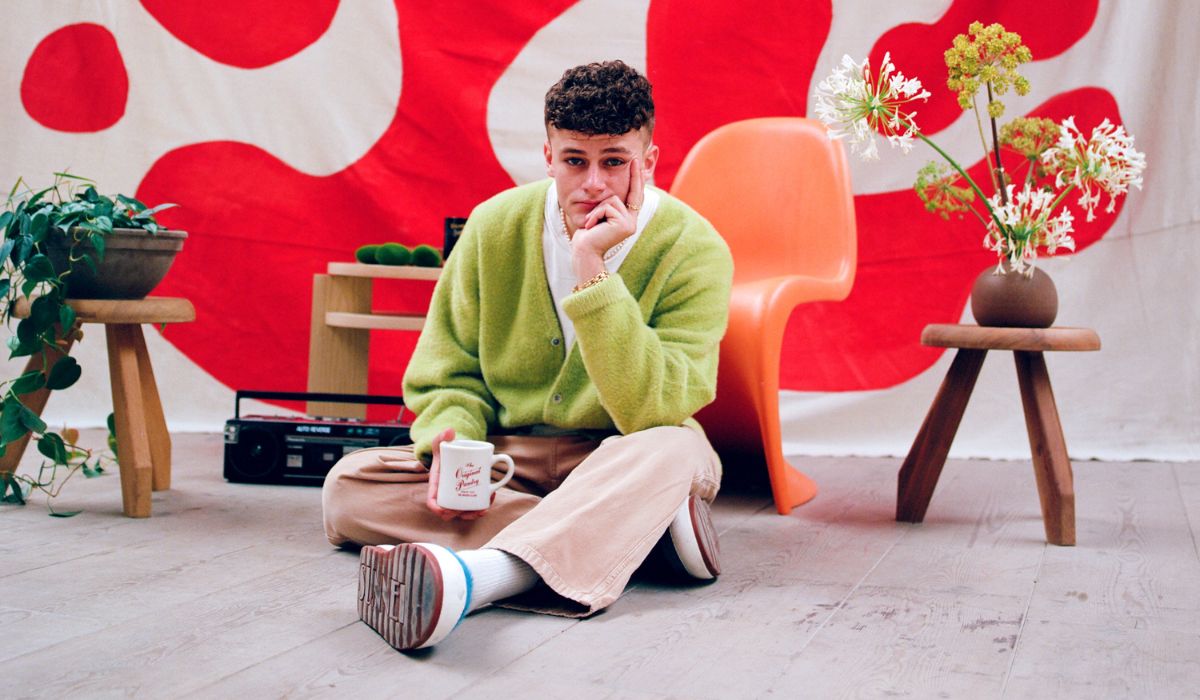 Max Drazen is on the brink of superstardom. With a carefree spunk akin to a 2010s Andy Grammer, a smooth like butter voice, and a pop-forward sound, the singer is steadily fastening himself as music’s missing link–and just in time to satisfy our remaining feel good summertime vibes. Merging clever lyrics with radio ready beats, Drazen holds the potential to be a guaranteed success as a new artist on the rise.

Just two months ago did the vocalist blast onto the scene with his debut single “Let Me Slow Down,” a fierce tone setter establishing him as a musical powerhouse and chart topper to-be. In a matter of weeks, the tune managed to amass over a million streams, perhaps attributed to his growing follower base on TikTok spanning 70,000 users and counting. What’s clear, Drazen is enigmatic. Be it via a 30-second clip on social media or booming through a speaker on his latest track, he’s an irresistible force to be reckoned with.

Already demonstrating his skills as a lyrical tycoon with a sound that surpasses the singular categories of a typical genre, Drazen is in the ideal space to mold himself into the pop star he’s meant to be. Maintaining the momentum of his current smash hits, Drazen takes on the mic once again with follow-up single “Caffeine,” a sonic paradise of easygoing sentiments alongside touches of witty wordplay. Featuring vocals on full display against a catchy, percussion-driven beat, Drazen provides his listeners with a textbook definition pick-me-up. Boasting a positive aura as the focal point of the tune itself, “Caffeine” is a refreshing take on traditional pop. Quite literally, the song is like our own personal shot of espresso.

With two tracks under his belt (and many to go), Drazen sits down EUPHORIA. Magazine to dish the details on all things “Caffeine” and more.

“Caffeine” comes following the drop of your last single “Let Me Slow Down” – how do the two compare? Is the pair part of the same story, or are they both entirely different experiences sonically?
They are part of the same story in the sense that I am working on a project that takes you through all of the emotions of a relationship, but these two songs specifically are different experiences. Both songs carry a feeling of defeat in some way. “Let Me Down Slow” is about feeling completely lost and helpless after a breakup. “Caffeine” is about feeling lost and helpless before the breakup. The same feeling from different perspectives.

You’ve previously shared, “I love happy songs with sad lyrics.” What is it about these tracks that gets you going?
I just love songs that are deeper than what you see/feel/hear on the surface. Specifically for “Caffeine,” I wrote about a time in a controlling relationship that felt easy, even though I knew it was wrong. The vibe of the track follows the feeling of being comfortable and satisfied in the relationship, but the lyrics describe the underlying skepticism that the relationship will work.

“Caffeine” falls somewhere between traditional pop, rap, indie-rock, among an array of other genres. How would you define your sound? Does your upcoming music follow the same vibe?
“Caffeine” feels very me. It’s a collection of all of the different types of music I’ve listened to throughout my life. It has aspects of singer/songwriter storytelling, gospel sounds, r&b chords, some pop hooks, rap cadences, and soul inspirations. I see this song as a reflection of my listening habits since I was a kid. My third single has a similar feel: lots of different inspirations coming together. As more music comes out, you will see how certain songs lean more into specific genres but for the most part, I take inspiration from all of the music I love.

You teased the song on TikTok and amassed a million views in under a day! It was the perfect storm for a music maker. Does thinking about social media play a part in your process?
That was so wild. It was my second ever TikTok and I shot it immediately after waking up, looking half asleep, like in the song. I didn’t think it would ever do as well as it did!!

Regardless of how amazing that experience was, social media plays no role in my creation. I hate to limit myself when creating. I never want to make music because I think it’s what everyone will like. I am fortunate that people seem to relate to what I find real. Putting boundaries around creating only creates more problems. My goal is to make music that is personal to me that I love. The only way I care about an artist is if it feels authentic.

If you could picture someone listening to “Caffeine” for the first time. What do you see? Is someone using it as a midday pick-me-up? In the car on a summer night? Anything!
I’m going to paint this picture way too vividly. I see someone getting in the car super pissed off about going to work. The car is a Suburu or a Volvo, I don’t know why that’s the car, that’s just what it is. They have a lil bedhead and bags under their eyes. The song comes on and all of a sudden they get Cinderalla’d and they look super happy, gorgeous, and ready for work. THAT is what caffeine can do for you (literally and figuratively).

You’ve spoken about how listening to your parent’s music from Billy Joel to Elton John was an important part of growing up and shaping your music taste. How does the music you listen to influence your music-making today?
I think the way my listening habits affect my writing is more subconscious than anything. I never really intentionally make something to fit a certain vibe or genre. I let my habits speak to me and the inspiration kind of naturally makes it onto the page and into the music. However, I am very conscious of storytelling and lyrics and that is probably thanks to the storytelling, singer/songwriter-eqsue music my parents introduced me to growing up.

Before taking on a music career, you were excelling at soccer and considered a traditional college route. What would you say to someone scared to take the leap toward following an unexpected path? Did putting music as a priority impact your outlook on life?
When I found music and songwriting I immediately loved it more than I had ever loved soccer. The decision was easy for me–it immediately made me a happier person. Io someone that’s considering taking a leap to a different path I always say: try it. You can always return to the path that you were on but you may regret not taking that chance for the rest of your life.

Putting music first, simply put, made me a happier person. Expressing myself through lyrics is a form of therapy and meditation for me. When I’m in sessions I don’t think about anything other than what I’m writing.

When people listen to a song like “Caffeine” for the first time, what do you hope they get out of it?
I think the initial goal is to make people’s day better. It’s such a special song to me because it always makes me happy no matter what mood I’m in. Secondly, I hope that people listen to the lyrics. I think a lot of people on TikTok and social media feel deeply connected to the song because of the message. It’s about feeling somewhat defeated in a relationship, and it’s an admission that maybe I was a little weak and let it go on too long.

Between “Let Me Slow Down” and “Caffeine,” you’ve been applauded for your clever songwriting abilities. Where do you draw your inspiration from? What does writing a song look like to you?
Lyrically, I rely on storytelling and finding ways to say something slightly different from the way they’re usually spoken or written. Rap and hip-hop artists are incredible at that and I often use inspiration from them for that kind of thing.

For example in one of my newer songs, instead of writing “you’re looking my for my shoulder to cry on” I say “…with the tears on your face looking for my shoulder.” It’s usually little things that can make a line just slightly more unique and special.

In terms, of how I view songwriting, I kind of look at it as a puzzle. I write the melody first a lot of the time and I don’t like to immediately label sections. I write 3-4 hooks and then figure out which is the best, then that one becomes the chorus and I tweak the rest to make them feel more verse-y or more pre-chorusey. Basically finding the pieces and then putting them together to create the full picture.

Like a puzzle, right? Super insightful. Let’s wrap it up with a big one. You’ve amassed an incredible amount of success in such a short period of time, what’s next? What does future music look like for you?
My newer stuff is more experimental. Interesting rhythms, more synths, and other toys. It feels more mature but also like a natural progression from the stuff you’ve heard. The stuff I’ve been making feels very special, even more so than the stuff that I’ve made in the past. I just can’t wait for my audience to naturally grow with me and watch the progress happen in real-time throughout my career.

Get your daily dose.