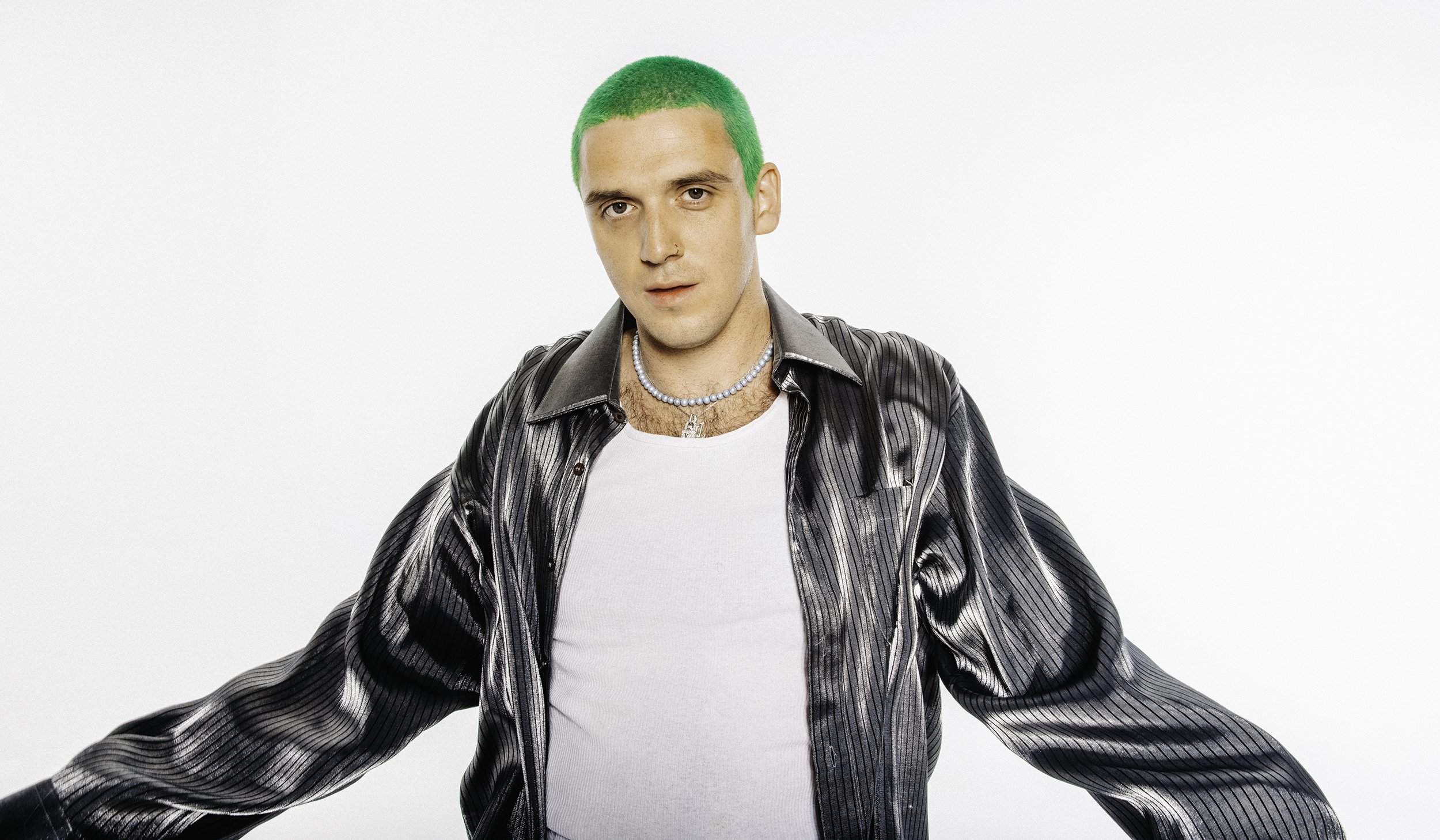 The eclectic pop artist shares how creating 'All 4 Nothing' shaped a newfound sense of self.

Lauv — known outside of his music as Ari Leff — is blurring the lines between Lauv the artist and Ari the person for what feels like the first time in his meteoric career. “I think there’s fun in kind of creating a bit of a fantasy world for yourself to run around in, but at the same time, I got lost in the sauce,” Lauv tells EUPHORIA. “That wasn’t healthy for me.”

On his latest album, All 4 Nothing, Lauv takes the opportunity to be more himself than ever in stride, relinquishing control of production and “finding balance” throughout the writing process. It was an exploration of self-care and reflecting on his own needs, recognizing when it was time to slow down and step back. Ultimately, Lauv allowed himself the space to be a person who is an artist, rather than an artist who is a person on the side.

The road to total self-acceptance and, frankly, work-life balance didn’t begin and end with All 4 Nothing for Lauv, but it was around the process of creating the album that he finally registered the need for synergy between his career and day-to-day life.

“I was so obsessed before that I was kind of putting my artist life and that narrative above my actual personal life, and that just rotted my personal life,” Lauv explains. “So I was like, ‘Let me just be a person and share whatever I want to naturally and not force myself to do anything.’”

Lauv knew he “wanted to know what it feels like to just be Ari again a little bit while still putting out music,” and that is reflected on some of the key tracks throughout All 4 Nothing — most notably, the soft note-to-self song “Hey Ari.” The honest track cracks the fragile front of happiness that Lauv found himself presenting and took a dive beneath the surface into what lies under the smile and, as he puts it, the “Yeah, for sure.”

Fans of Lauv know that he has never strayed away from vulnerable writing, but All 4 Nothing brings a rawness to the table that even the earliest depths of his discography can’t match. That, in part, comes from a reformation of his creative process; Lauv explains that he primarily used freestyling in the writing process, initially intended to be laughed off because he was hoping to teach himself the art of freestyling over beats he sourced from YouTube. It was that spirit of spontaneity and, in part, playfulness that allowed him to adopt a mentality that avoided overthinking and promoted living in the moment while piecing together what would later become the full project.

But an air of openness didn’t entirely push away the natural urge to second-guess even one’s best work as a creative. Lauv found himself rethinking lyrics the moment they poured out of him, sometimes shocked at the emotiveness of the words. The feeling was particularly potent when writing “26,” the first single from the album.

“I almost consciously didn’t even understand what I was saying,” Lauv explains. “I was like, ‘Wow, I really feel this way.’ That was a big moment for me, because that was kind of when I realized how I feel about my life. I have so much external beauty and I’ve accomplished so many of my goals and whatever. I’m still pretty young, but I just feel so empty on the inside. That was the moment that I was like, ‘Okay, that’s really what’s going on here.’”


The process was an element of a greater narrative in Lauv’s life, forfeiting some level of command over his art to allow emotion and deliverance to take over. Finding a sense of catharsis in writing created out of instinct, though, was only a piece of the overarching emotional impact of making All 4 Nothing. “Kids Are Born Stars,” for example, gave Lauv the opportunity to connect with his younger self and develop a better retroactive connection with who Ari was then.

“It was… a process for me. I was kind of like, ‘Man, I haven’t really thought about this eighth grade thing in so long, and this impacted me so much,’” Lauv says. “I never really thought about it back then. Making music has always been that way for me; I always feel like I’m discovering something that I’m feeling that I haven’t been able to process yet, and I usually process it in the form of a song.”

There is a certain level of hopefulness and freedom that comes with childhood and adolescence, and reconnecting with those elements of joy as an adult — once one has seen all the world has to offer, for better or for worse, as someone who contributes to it – is a scenario that only comes with time. And, in Lauv’s case, therapy and songwriting.

That level of introspection and healing came into play when finalizing All 4 Nothing’s tracklist, as well — Lauv wanted to take those elements of self-reflection and self-exploration and use them to begin and end the work for the listener in a similar flow to the way he created it as the artist. He considers ‘26’ a “prelude,” of sorts, while “First Grade” ends the project with something a bit more “hopeful, magical.” Really, it feels like a touch of Ari. “Because a lot of the album process was reflecting on childhood or myself at different ages, or where in the story of my life that I lose touch with myself and all that, I thought it was cool to do a backwards thing from ‘26’ to ‘First Grade,’” Lauv says.

All 4 Nothing is essentially episodic, chronicling years of experience in highs — like “All 4 Nothing (I’m So In Love),” which showcases the joy of falling in love — and lows — such as “Bad Trip,” Lauv’s personal favorite track on the project. There isn’t a moment on the album, however, that finds complete peace. That doesn’t mimic reality; there isn’t a one-size-fits-all solution for mitigating pain and finding contentment comfortably. Lauv wanted that element of the album to ring true; he wanted to emulate the honest and sometimes uncomfortable truth that there isn’t a clean cut ending to healing.

“Ultimately, there’s not really a resolve, but you can always tap into that part of yourself,” Lauv says. “It’s always right there waiting for you. But I don’t know that there’s ever like a perfect arrival, which is something that I’m kind of coming to terms with.”

Getting comfortable enough with vulnerability to release the album is, truly, just the first feat in bringing All 4 Nothing — and all of its deeply honest storytelling — into the world. Lauv kicked off the first shows of the album’s tour with Hayley Kiyoko in August, and he explains that the more he shares about Ari in his music, the more secure he feels with his fanbase, particularly those that are coming out to shows to listen to him storytell on stage.

“I feel like, ‘Okay, if I can put a song on this album that maybe I’m afraid to share, then now they know that part of me,’ which is cool,” Lauv says.

In its entirety, All 4 Nothing is a two-sided coin; on one hand, listeners and fans get to learn who the man behind the moniker is, riding the waves of adolescence, love, drugs and diary entries alongside him. On the other side of the coin, Lauv learns about Ari. “I feel like what I took away most from it is I need to just be kinder and more patient with myself,” Lauv says. “And that’s still a long journey. I need to slow down a bit in some ways.”