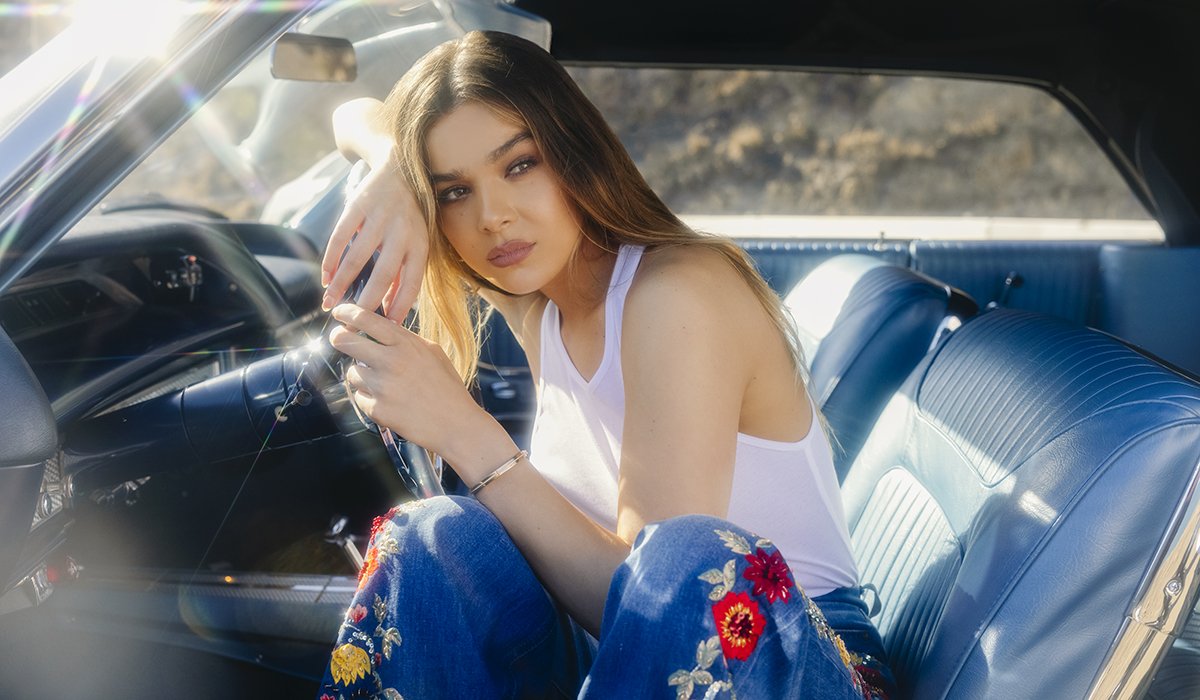 Following a lengthy silence on the release front, with her first music since May 2020’s Half Written Story EP, 25-year-old Hailee Steinfeld made her return to the release grind and appears ready to further advance that story. The actress turned singer dropped tropically-influenced “Coast” featuring “good friend” and noted funk-soul pioneer, Anderson .Paak, representing a unique collaboration between artists who have been nominees and winners of major awards in both film and music– Steinfeld brandishes an Academy awards nomination for the 2011 blockbuster True Grit, while .Paak is an 8-time Grammy award winner.

On the production front, .Paak’s voice backs Steinfeld’s with high falsetto smoothness only as his could muster. The track features a bouncing beat that lends its sonic topography to beach heavy vibes and fits in perfectly with the summer season it finds itself released in. In the crowded theater of pop music in this day & age, Coast is a feel good breath of fresh air.

“You’re the wave upon the ocean / poundin’ rhythm and motion…it’s a full moon kind of night / just relax and let the riptide pull you close” sings Steinfeld of a chill night hanging out with a romantic partner. .Paak returns the affection in his verse “I been chillin’ with you for a couple days / If you ain’t afraid, me and you should rage / in the sun rays, come on out the cage / don’t wanna tame, live it your way / body go for days, got me in a daze…you live on the screen and the stage / I wanna fit in between your legs”

Speaking to Rolling Stone on the eve of the release, Steinfeld said “I am so happy to finally be able to share ‘Coast’ with the world. This song is deeply personal to me and was influenced by my California roots and the music I grew up listening to with my family. The only artist I envisioned collaborating with on this track was my friend, Anderson .Paak. Knowing he loved the song enough to lend his genius to it is absolutely surreal, and I am forever grateful to have his support. This is only the beginning and I can’t wait to share the rest of what’s to come with you all soon.”

Anderson .Paak provided comment that further concurred with Steinfeld’s sentiment to the track, “Hailee is a good friend and I was already a fan of her work on the big screen, but when she played me ‘Coast’ I was honestly in shock at how fire it was! You don’t hear too many pop records with an infectious groove like that. It’s a great summer song and I think our voices surprisingly blend together really well.”

“Coast” seemingly sets the vibe for Steinfeld’s next chapter of music after taking time off the craft in favor of television gigs, namely Arcane, Hawkeye and Dickinson.

The track performed well on a busy weekend of the release calendar, racking up over 1.5 million Spotify streams. A lyric video accompanied the track that garnered over 500k views on YouTube. The video features the song’s lyrics intercut with scenes of beaches, people surfing, boats and sunsets – matching the vibe of the track impeccably.