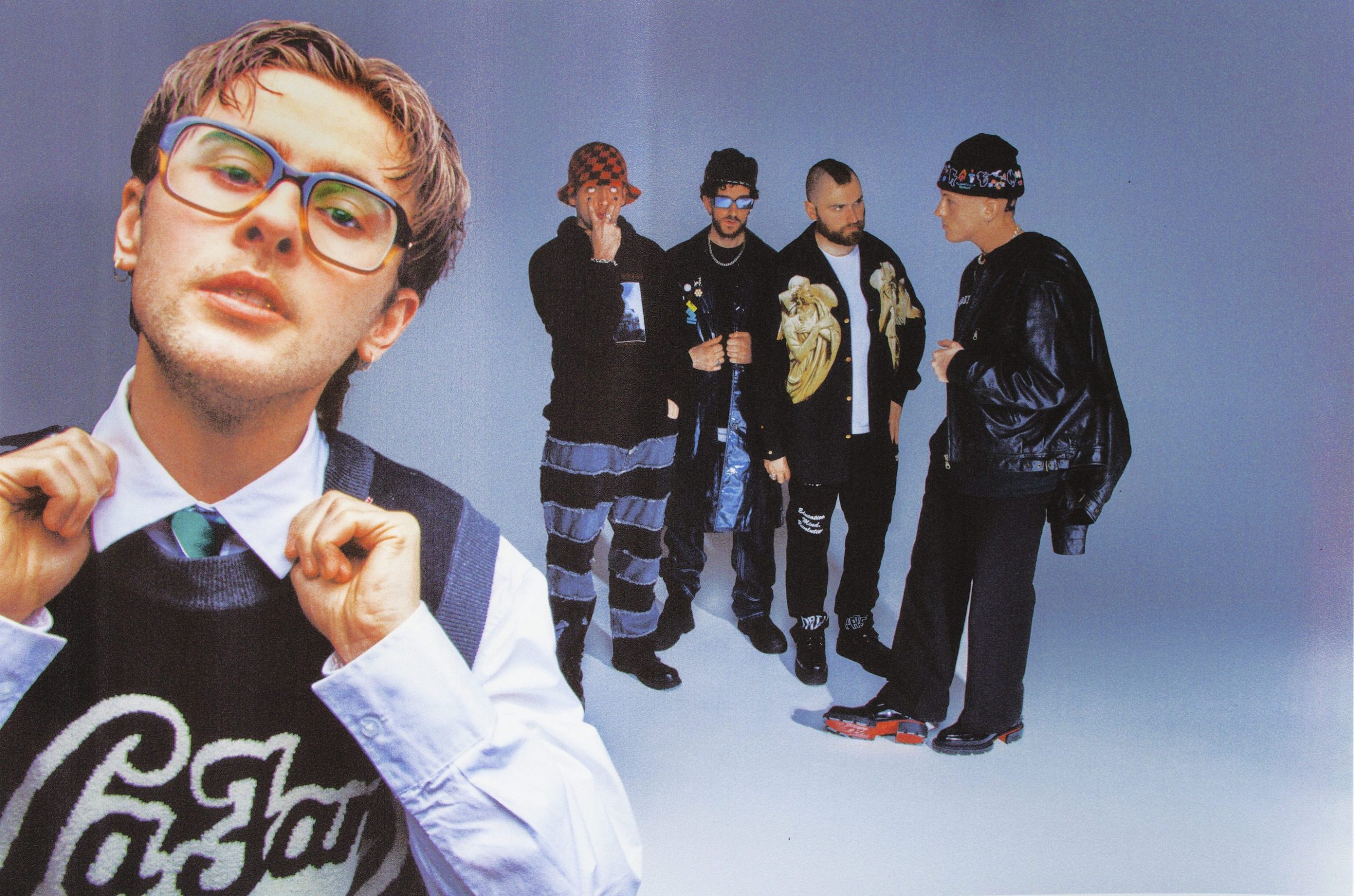 Providing everyone with the perfect summer soundtrack appears to be Easy Life’s thing. They did it last year with their debut Life’s A Beach, which was hailed as the “quickest selling album of the year,” and they are back to do it again with their second album, Maybe In Another Life. Following a steady slew of single releases with “Beeswax” and “Dear Miss Holloway” featuring Brockhampton’s Kevin Abstract. The Leicester-based band discuss going to extremes and the aims of keeping each other in check in their latest single “OTT.” The abbreviated track finds frontman Murray Matravers and featured artist BENEE touching on the implications of trying to grow up too quickly over a coy, soothing melody.

Dealing with self-destruction and self-worth, which are also central themes of the bands upcoming project, the summer hymn “deals with the concept of having one too many.” It highlights the conceptions of drinking or smoking and how people are perceived in those situations through the lyrics: “Been smoking far too much / Friends told me you’re hitting quite the low, I think it’s time to go / And I’m not one to talk, but I know when to stop / Clearly you don’t / I’m dragging you home.”

Directed by Theo Watkins, the retro visuals, that accompany the single, feature the band performing the melodic track in front of green-screened landscapes on a video home system (VHS). Touching on the inspiration behind the video, the band wrote on Instagram: “The video was inspired by the classic 90s pop video. We even printed it to VHS and rescanned it for a touch of nostalgia.” The wacky edited video is over the top, living up to the tracks title, and whether it was intentional or not, cleverly mirrors the feeling of consuming alcohol through the stylistic choice of camera sways and layering the band members over one another in specific shots.

Known for crafting mellow, melodic jams that walk a fine line between indie pop and hip-hop, OTT is no exception. The neat duet follows through on the promise of tracks brimming with catchy hooks and offers fans another taste of their upcoming album which is due Aug. 12 via Island Records. In support of the album, the band are also embarking on a UK record store tour that kicks off at the end of July before hitting America in September. In the words of Easy Life via Instagram, “run it up.”