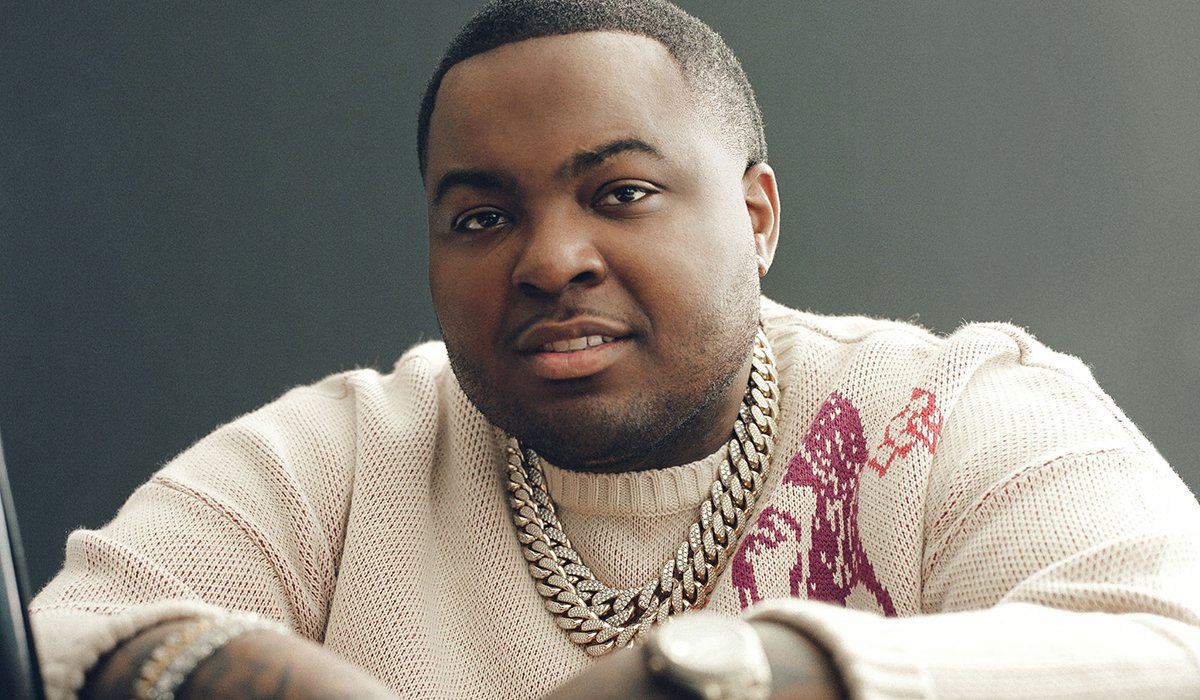 Sean Kingston is taking fans down memory lane with his new single “Ocean Drive” featuring Chris Brown, out today. The bouncy, vibrant track is bursting with his signature island pop flair, but while Kingston is singing about love, the sentiment also accurately reflects the evolution he’s experienced as an artist since his 2013 Back 2 Life album. No, I’m not what you’re used to,” the multi-Platinum artist sings. “But I’m someone you gon’ like.”

Kingston has long been admired for his catchy hooks and infectious sound, and his secret sauce has only gotten more potent. He’s not the same guy who broke through with “Beautiful Girls,” but he will never abandon his roots. He’s ready to reintroduce himself to his loyal fans and introduce himself to a new audience, too. Refined and refocused, the hitmaker released “Rihanna (Umbrella)” earlier this month. As he re-enters the public eye, Kingston took time out from his headlining Road to Deliverance Tour to fill EUPHORIA. in on where he’s been and where he’s going.

Why did you choose “Rihanna (Umbrella)” as the name for a track?

Rihanna is a great role model for a woman out here. She’s beautiful. She’s fearless. I mean, she’s a queen. I make music for all my queens. The way she carries herself in this industry, from a recording artist to a business woman, and just how she carries herself as a whole. And being from the islands, I’m saluting her. I always felt that Rihanna is a true icon. It’s only right that I shouted her out because we’ve been friends for years, and we always had mutual friends. We also had different times where she’d come over to my house parties and would turn up and have a good time. It’s been nothing but love and positivity. I just want to uplift my queens out there.

You’ve always been true to this sound— your sound— so I’m especially curious about your perspective on this influx of dance, house, and Afrobeats in the mainstream?

It’s crazy, bro. When I first started this island pop sound, people were like, is it really gonna work? Do you think it’ll be timeless? And now, I see people doing it left and right. A lot of dudes pay respect. Like Swae Lee from Rae Sremmurd, he came up to me one time and told me, “Bro, when I was coming up and writing ‘Unforgettable’ with French Montana, I was like, yo, I gotta get on my island vibes like Sean Kingston. You’re the person that came to my mind when I was creating the song.” Certain dudes like that pay respect, and it just makes me feel like I did something for the culture.

You’ve said Drake hit you up in the early days wanting to sign with you, and you’ve signed multiple artists who became big stars. With this new generation, who’s got next?

It’s this kid named Hurricane Wisdom. He’s out of Florida. He’s next up. He’s really, really, dope. I tried to sign him, but it was a little too late.

What is your earliest music-related memory?

Just going to the skating rinks and going up to Dave & Buster’s in Fort Lauderdale and just giving out CDs. Going to the market and giving out my demo CDs —  trying to get heard. When I first started, I used to work with my uncle cutting grass. I saved up my money, and I just printed up 200 CDs, 100 CDs. I just started handing my CDs to everybody. And I still think about that journey because it just shows me footwork and not taking no for an answer, being persistent, gets you anywhere. 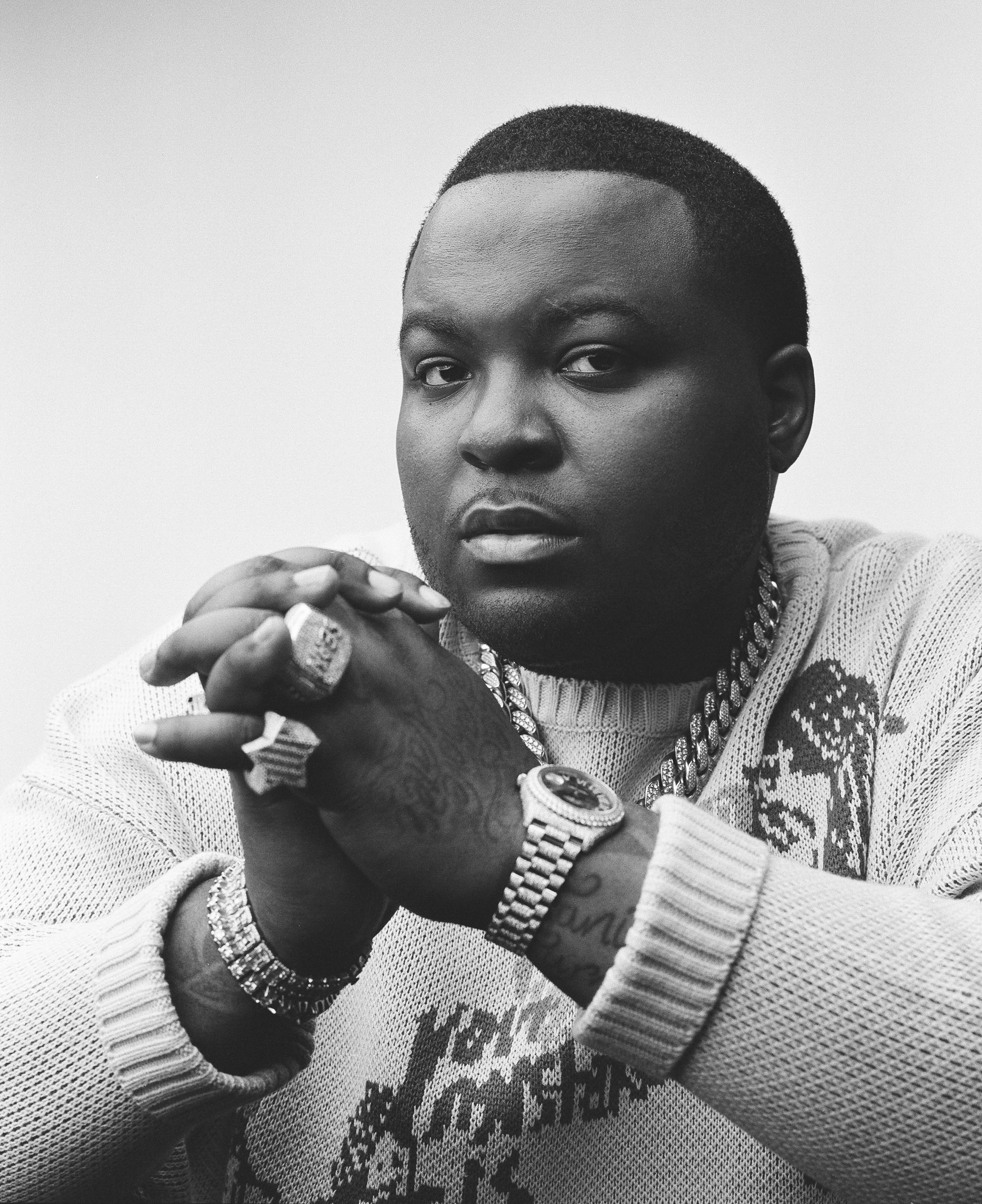 Why do you think you gravitated toward music at such a young age?

It just naturally came to me. But my grandfather, his name is Jack Ruby. He was a big producer. He produced for Bob Marley, Burning Spear, and The Wailers. A lot of people back in the seventies and eighties. Unfortunately I didn’t get a chance to meet him because he passed while I was in my mom’s stomach. But they said that we have a lot of stuff in common. I guess I got it from my bloodline, but I just started rapping and singing one day in the bathroom.

I watched your No Jumper interview from May 2021, where you talked about preferring not to do many interviews and not really wanting to talk until the time was right. Why do you feel like now is the right time — not just to do interviews but to release this new music?

It’s like we just said earlier: the Afro sound is here. Not only that, though, people want nostalgia again. People want that feeling that the early 2000s gave ’em, or the mid-2000s gave. That was just a time where the music was very hit-driven, but it was also feel-good. Lady Gaga, Kesha, it was just iconic music. People had so much going on with their life then, and with COVID, I feel like that dark cloud came over us. Now, we’re finally getting over it. Everything’s back opening. People are partying again. People are going to festivals.

Is the name of the upcoming album Road to Deliverance, like your tour?

Can you unpack those titles for me?

The concept behind Deliverance, I’m basically saying redemption. Being born again, coming back, delivering. It’s a fresh journey. It’s a fresh new start for me coming back and staying on what I’m on — staying on beat. Being the king that I am on my throne and letting my fans know that I’m back, but I’m also better [because of] all my experiences and everything that I’ve been through. My trials and tribulations made me who I am today.

What is the biggest lesson you learned from the unfortunate deals that you signed as a younger artist?

I feel like a lot of times, you know, we have big deals on the table. We want to just do this right now. Nah, man. Go get a lawyer. If you can’t afford a lawyer, get some books. Get somebody who can really help you out, and then go do some more research and figure how you wanna set yourself up. I feel like it’s time for the artists to be getting more. I hear stories of talented people all the time just getting ripped off left and right from record labels, publishers, and it’s just sad because we are the creators. We’re the ones putting in the time. We’re the talent. We’re the ones actually putting in the real work. And these guys get all the money on the back end, or they have you tied up in all these types of deals where you can’t put out music unless it’s this or that. Be patient. What’s for you is gonna be for you. 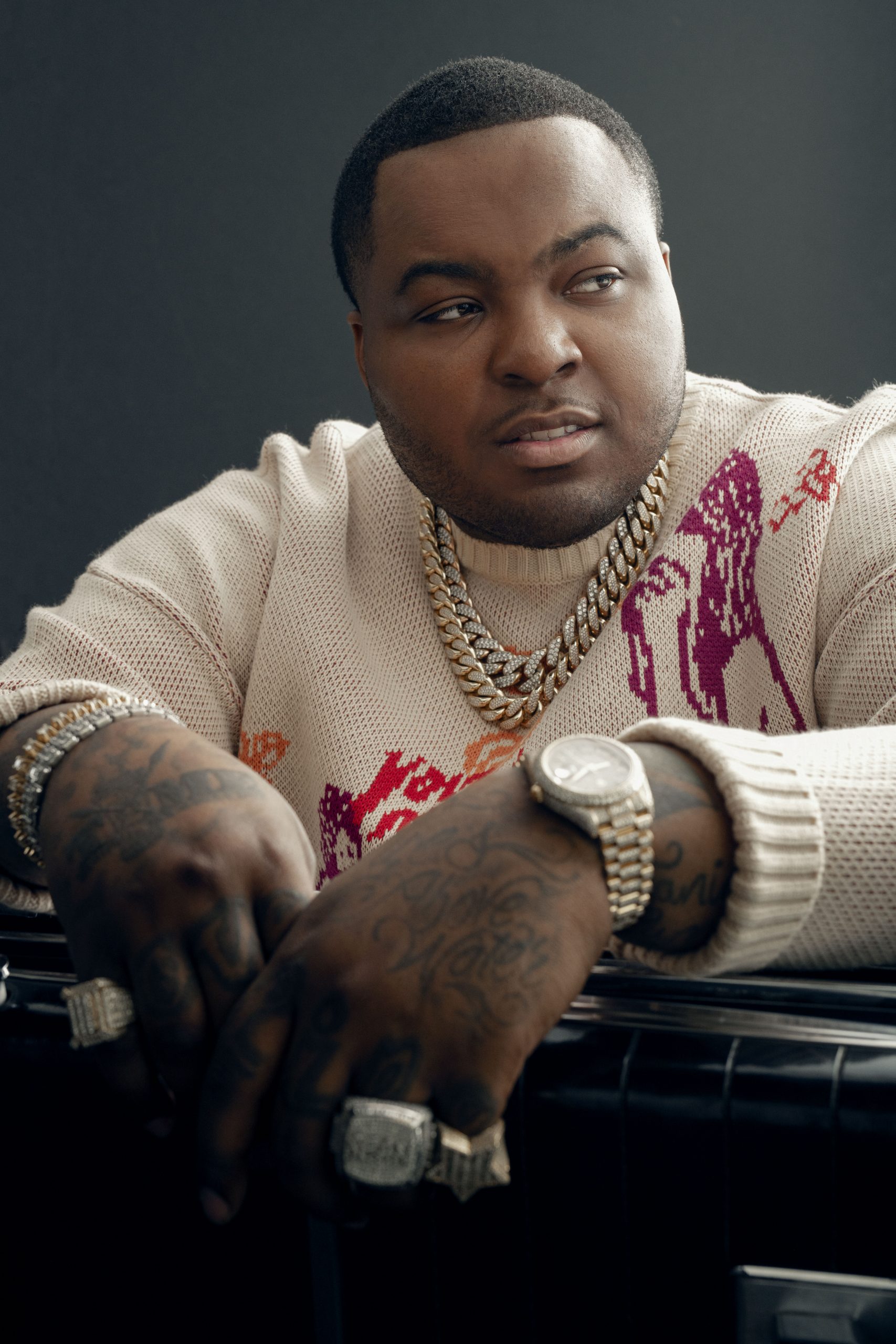 I’ve seen it described that you took an eight-year break from music, but I know that you were still touring and writing. Was it more just a break from being public-facing?

Yeah. I was definitely still writing music for Chris Brown and doing other stuff behind the scenes. Writing Lil Mosey. I was on Trippie Redd’s Pegasus album. Rest in peace [to] Drakeo the Ruler, I was on his mixtape. But I wasn’t really just full-on trying to drop a project. It was me getting my feet wet, doing features with my friends that I really enjoy making music with. Little by little, it worked its way into me saying I’m ready to come back out again. I’m ready for my fans to hear this new direction in this new music.

What initially prompted you to take a step back?
I was in a jet ski accident. That happened 2011, 2012. I was going through recovery for that. That lasted to 2013, [when] I dropped my hit song with Chris Brown and Wiz Khalifa, “Beat It,” which is a platinum selling song right now. After that, I dropped my Back 2 Life album. I did a college tour. And after my college tour, I just decided to take a break because I really wanted to be around my family and get back to my roots again. Being an artist, sometimes it just gets clouded. Dealing with a lot of fame and people that think they really know your business. People believe what they’re reading. There’s just so much stuff that celebrities go through that sometimes you just wanna break. You just wanna be normal. You just wanna enjoy life. It doesn’t always have to be about the music. We’re all human. So, at the end of the day, I wanted to take a break, spend time with my family, and regroup. I wanted to feel inspired again. I didn’t want to be making music just to be making music. I wanted to touch souls. I wanted to inspire people. When people hear this new sound, they’ll [feel like], Oh, OK, his presence has been missed.

What was your primary inspiration for Road to Deliverance and Deliverance?
I write my music off of life. I write my music off life stuff that I’ve been through. Experiences with my relationships or just growing up. I gotta see it. I gotta be going through it. I gotta notice it. And then, I just put it into a concept. Or sometimes, I like telling stories in the third person. Saying, you know what? Somebody really can relate to this because this happens all the time. 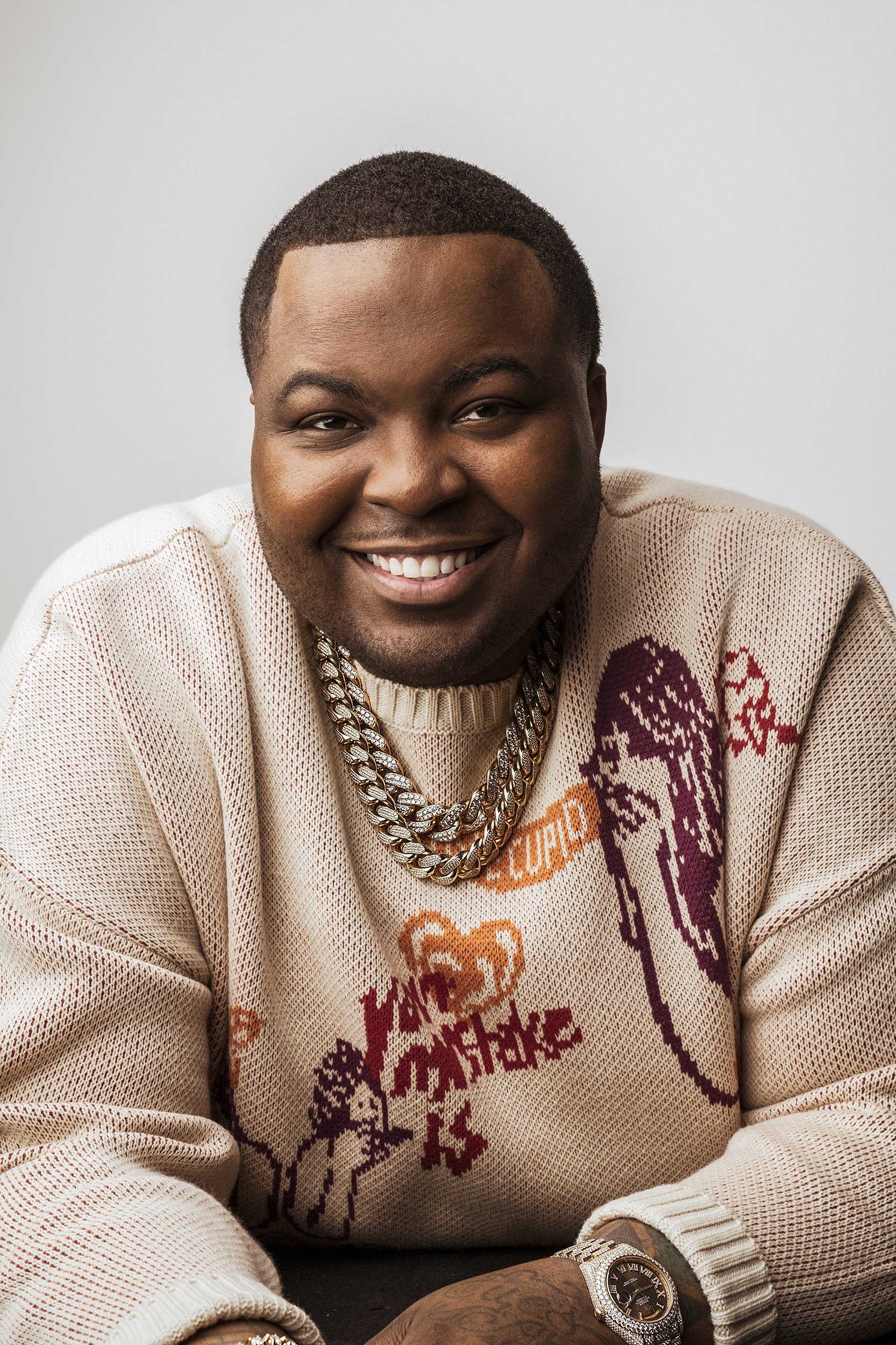 How do you think that your artistry has evolved the most since the “Beautiful Girls” days?
My voice got better, vocally. When I was younger, I had a popular sound, but my tone wasn’t able to — see, a lot of people don’t know I was a rapper first. Then, I started doing melodies and started singing after. I feel like now I just got the melody down pat. I got that mastered. Also, I’ve been doing research. My knowledge, as far as vocabulary and certain concepts, it’s just deeper. And it’s just more diverse, versatile. You have R&B records. There’s records I have with me, Trippie Redd, and NoCap. I have records with Fivio [Foreign] and Lil Tjay where I’m on a drill beat, but I’m also doing the same Sean Kingston. Keeping the island, but it’s on a drill beat. It’s like all different types of flavors.

Which song do you think will surprise fans the most?
The Trippie Redd one. It’s just different. Me, Trippie Redd, NoCap? That’s three different artists that all have different styles. I have my own style. NoCap has his own style. And then you have Trippie Redd. He’s a rockstar. That’s gonna be a surprising one, but it’s hard. There’s nothing but great stuff on there.

What about this new music do you hope resonates most with your fans?
It’s so much that goes on in life. It’s just a lot of stress that we deal with as humans, but music is our sweet escape. I just wanna inspire them and just be able to provide them with feel-good happiness.