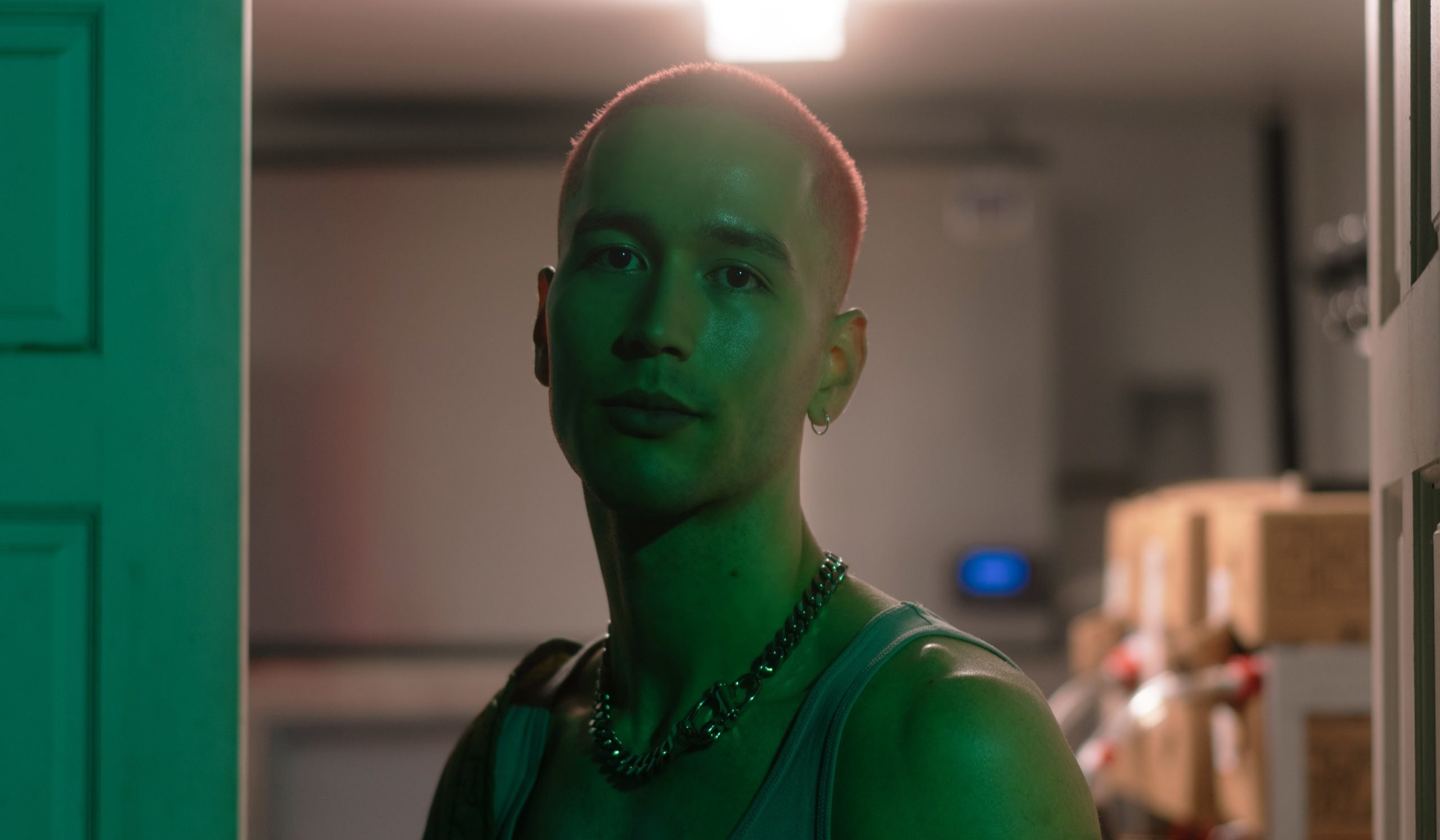 Xeno, rei brown’s debut album is a self exploration beyond reality and multi-verses.

With a electronic-centric production providing gateways to Nu-metal, 90s pop rock, y2k pop, Pan-Asian r&b, dance, techno, much more… Xeno sounds undeniably like a world on its own. The album demands to be heard with noise-canceling headphone, or over stadium speakers in star-lit amphitheaters. Despite the frequent fast tempo and at time aggressively punching beats, Xeno overall rings serenity and fondness. As a songwriter and performer, rei brown sounds confident and at-ease with his ability to transform a reality through music and music alone. His spacey, almost-atmospheric vocal delivery remains as the one constant on this stellar sonic journey.

“I’m so proud that I even made an album,” says rei brown as he recalls his last decade as a musician, “And an album that feels like an album. It’s not just  15 songs I had lying around. My management was like, Do you want to do an album? I [thought] that sounds really daunting, I don’t really feel like I could do that. But I wrote ‘Xeno’ (title track) and I realized I was being really intentional with my songwriting. I was enjoying incorporating these sci-fi elements. And I was like, ‘Oh, you know what, I think I can build this world.'”

The track “Xeno” opens the album with mellow harmony and acoustic guitar strumming. Exploding only towards the end of the track, as rei brown sings the chorus once more, now dazzled with thrashing guitar and a hint of metal clashes reminiscent of a sci-fi soundtrack: “What am I made of? / That you’re afraid of? / Am I contagious? / I wanna wake up…”

In fact, the entire track executes the same level of honesty. With frankness, rei brown describes the uncomfortable encounters not at all foreign to marginalized communities alike; but the way he phrases the encounters turns the table around. Through the rhetorical questions and spearheaded descriptions unveiling the blatant hatred beneath bigoted passive aggressiveness, the singer highlights the “otherness” in homophobic and xenophobic discourses instead.

“That song talks about Xenophobia and the otherness that I’ve experienced,” he explains, “And I think the word ‘Xeno’ also just looks cool and felt like it [would] work with typographic design. The idea of deconstructing ‘Xeno’ into otherness, alien-like and strangeness just felt like a lens that I had seen the world through, or experienced my life through for so long. And there’s almost this idea of reclaiming that (word), like, I am Xeno, these songs are Xeno.”

Despite the complexity of what he’s trying to convey, and the ambitious combination of multiple musical genres, rei brown’s Xeno stands like a cohesive universe of its own. There’s a certain power that comes with being different, or the “aliens” among the mass. “Growing up, one of my favorite movies was ‘The Matrix,’ at the time, directed by a closeted Trans director,” rei brown elaborates on the use of sci-fi elements in Xeno, “It’s open to interpretation, but movies that deal with the perception or realization of a reality that isn’t actually your reality, [like ‘The Matrix,’] resonated with me. I didn’t know at the time, but there were things about my reality that I subconsciously knew was just not matching up, like religion that was being imposed on me.”

He goes on to discuss how the track, “Could I Be Somebody,” reiterates that same sentiment. “The song deals with navigating queerness in middle and high school,” says rei brown, “Being closeted felt like I was in two planes of reality. Creating that metaphor felt really beautiful, like a nice way to paint this picture of what queer awakening was.”

“I shifted it in a positive way,” he continues, “The first time I came out to a boy and they were receptive and wanted to be in a relationship, it was like suddenly this whole new world opening up. That was like the scene [in the music video] of that song, like being in this black and white world that was being pulled through. It’s like somehow we found each other even though you can’t even see each other, and then being pulled into our own secret little world, like [how] queer people grow up navigating being closeted and having to create their own secret world.”

While the world he created for Xeno exists as one immense cinematic universe on its own, rei brown had very intentional goals in mind–and he has certainly accomplished them. “I think of the album in the same universe,” he explains what he intends to achieve with the thematic nature of Xeno, “Sometimes I also say that it feels like a season of “Black Mirror” but [where] every episode is slightly different or of different characters. There are some songs that are very fantasy and sci-fi, and some of the songs are just more playful love songs. ‘Centauri’ was one of those. It’s definitely one of the mellow ones as far as world-building goes.”

He’s putting it lightly, many of the “world-building” tracks spin simple ideas into mesmerizing metaphors and captivating stories of their own. Many of them have the same honey-smooth, lovey-dovey quality, “Centauri” being one of them, and the Joji feature, “Thinking Bout You,” being another one. A skilled and seasoned songwriter, rei brown specializes in crafting ideas into must-listen ballads; but for Xeno, he had bigger goals in mind.

“‘Neptune’ is actually– sorry I’m getting excited,” he laughs a little and backtracks, “The whole album is a shift in my songwriting, gearing away from sad love songs and the cookie-cutter format, challenging myself to write more autobiographically but also tackling harder subjects and subjects that don’t really lend itself to consumable art.”

He wants to tackle climate change, racial identity and things alike–but not in a preachy way. “Neptune” then, was the perfect collide of rei brown’s signature metaphorical spin and a more autobiographical approach.

“On Neptune, it literally rains diamonds,” rei brown explains, “So the song is about capitalism, climate change and the world being so materialistic and fast-paced. We just impose value onto random things, meanwhile on Neptune, raining diamonds is just part of their cycling nature. It’s just all human-imposed.”

With the release of the album, rei brown now gets to bring pieces of the Xeno universe to life. He started playing “White Honda” live on his last tour supporting keshi, which was his first time touring the country on a full-on tour bus. But with more touring plan in store, including a tour supporting Joji in the later half of 2022, his sonic universe may not remain as his “secret little world” for long.

“It’s just exciting to play more upbeat music, so ‘White Honda’ has been amazing to play live,” says rei brown, “And these are just all my favorite deep cuts, but I just feel like ‘Neptune,’ ‘Haunt Me’ and ‘EZ’ are also just such great songs. I feel like they’ll bring a great energy in the crowd.”