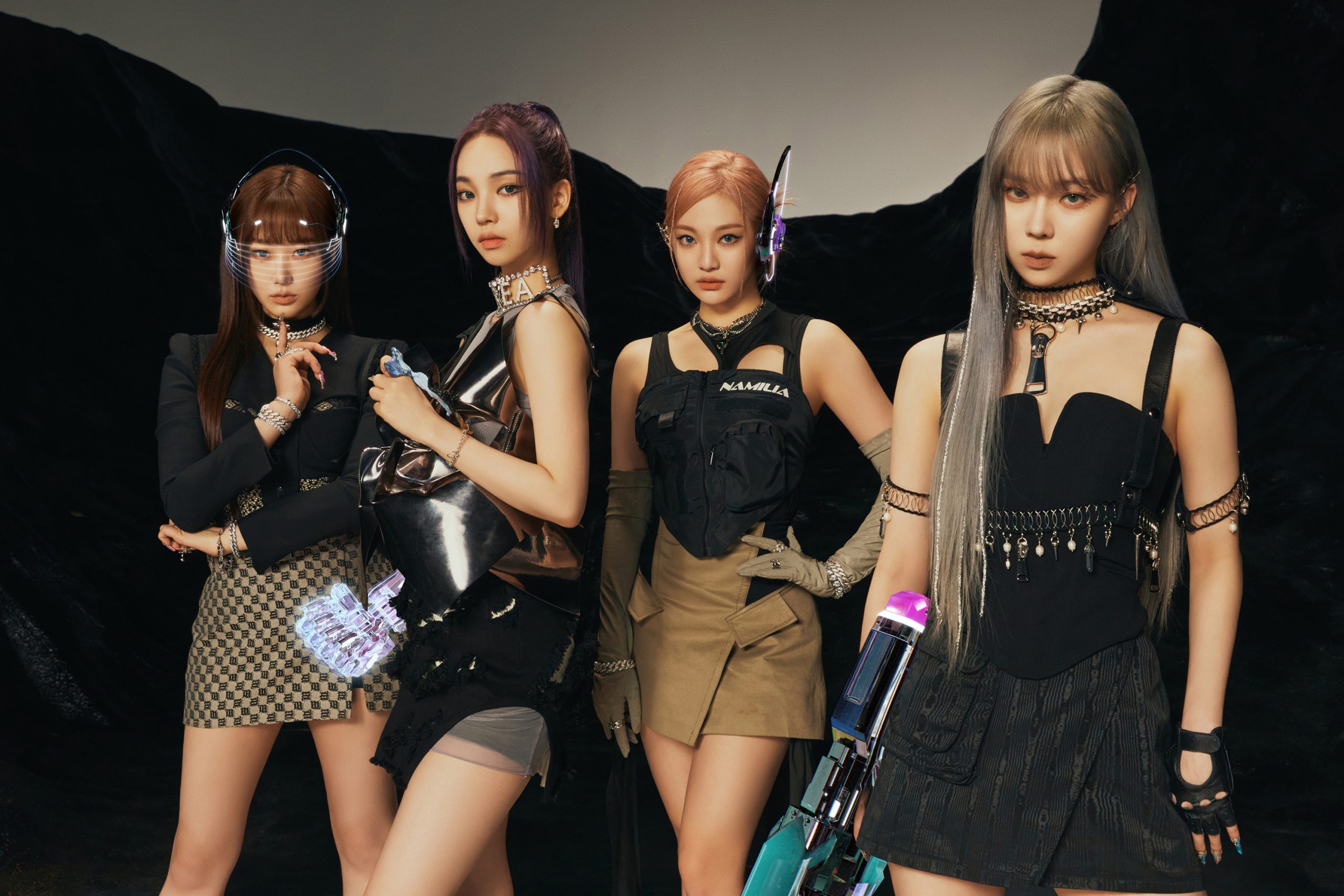 The K-pop group aespa has returned with their sophomore EP, Girls – The 2nd Mini Album. Like their 2021 EP Savage, Girls is sonically divided. The first part of the album is intense and dystopian in nature, while the latter of the EP’s new tracks soften. Girls then closes with the previously-released songs, “Black Mamba,” “Forever,” and “Dreams Come True.”

Karina, Giselle, Winter, and Ningning debuted as aespa with SM Entertainment in 2020. The K-pop group’s name combines “ae” (avatar and experience) with “aspect.” Each member of aespa has a virtual avatar counterpart. In the same way aespa’s concept combines reality with the virtual world, the quartet’s music blends multiple genres including hyperpop, EDM, and hip-hop.

Girls begins with the EP’s title track, aptly titled “Girls.” The opening instrumental feels out of a spy thriller. Cinematic in nature, the song would fit on the soundtrack of a woman-led heist or spy film. This colossal presence continues on the EP’s next track, “Illusion.” Here, the artists’ background vocals are a highlight, and the song’s magnetic bridge draws listeners in.

“Lingo” is where Girls begins to shift away from the intensity from before, and it segways into the track “Life’s Too Short.” The EP’s next track “ICU” is airy and delicate, and it feels as though it should be the EP’s closer. It acts as the antithesis to the fierceness of “Girls,” rounding out the album’s sonic journey.

With the bubblegum pop song, Karina, Giselle, Winter, and Ningning encourage their fans, MY, to always be their authentic selves.

In the song’s chorus, aespa sings, “I’m doin’ me regardless / And I don’t care what you say about it / And it don’t matter if you like it or not / I’m having all this fun, so why would I ever stop?”

Girls is capped off with aespa’s first two digital singles “Black Mamba” and “Forever,” along with a remake of S.E.S.’s song “Dreams Come True.” As the K-pop group’s fantastic debut single, “Black Mamba” introduced aespa in 2020. Both “Forever” and “Dreams Come True” were previously released as singles in 2021.

It is clear that aespa’s newer material on Girls is strong enough to stand on its own without the inclusion of the final three tracks. Because of this, Girls seemingly functions as two albums. The first six tracks are the core of the EP, displaying who aespa is now as a band. When including the album’s entire nine tracks, fans can close out the album by re-examining where aespa began.

In the lead single “Girls,” Karina, Giselle, Winter, and Ningning affirm their skill and bond as a group, promising that what they do from here on out will be an “upgrade” compared to what they have released before. If Girls is any indication, they’re absolutely right.