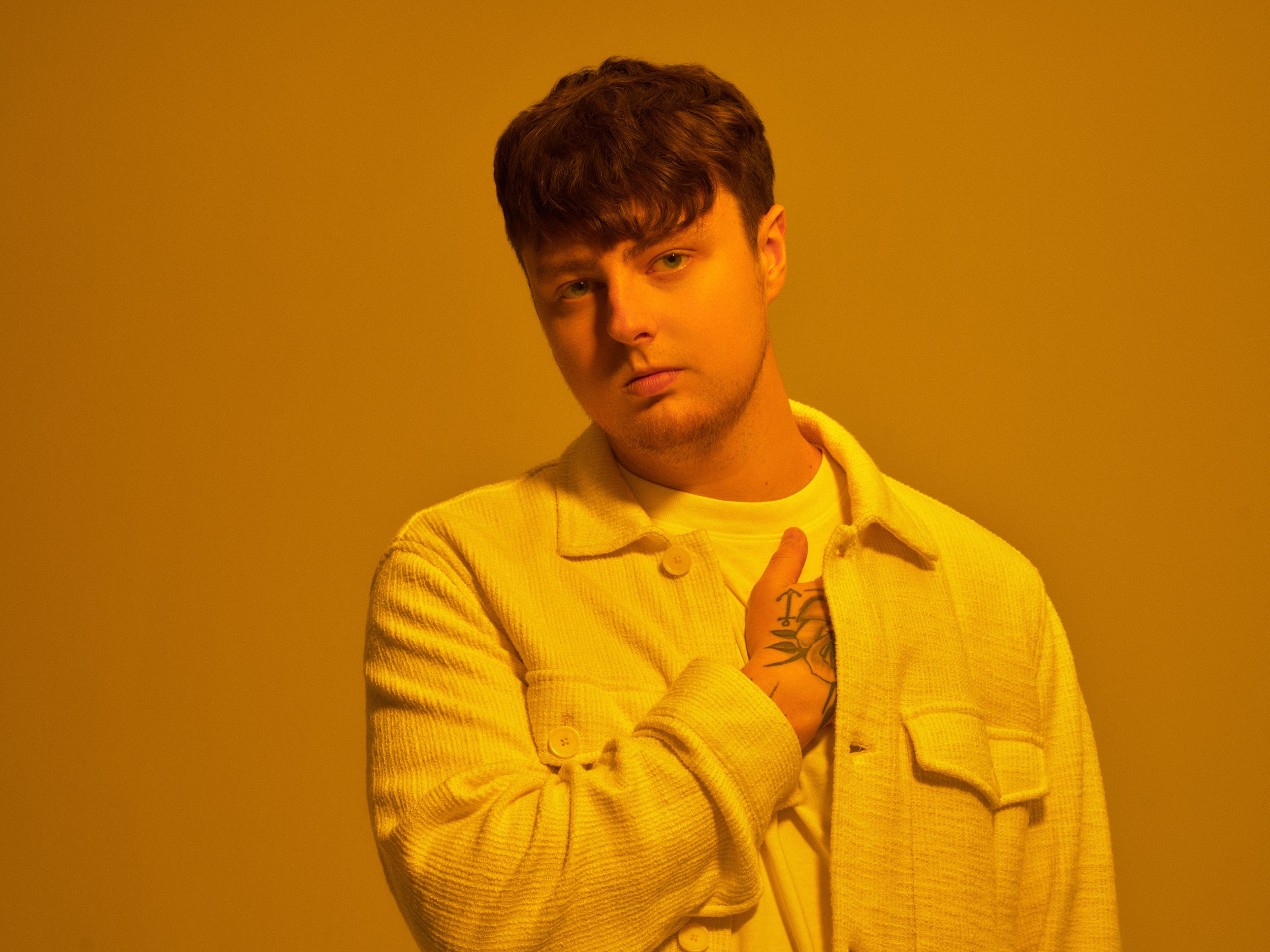 Scottish singer Aaron Smith first made noise with his heartfelt ballads, stripped-back piano arrangements, and mellow, synthy beats. His honest lyrical content and powerful vocals not only helped capture millions of listeners– his debut single, “Unspoken,” has 21 million streams on Spotify– but also helped secure him a support slot on Ellie Goulding’s tour.

Although Smith has been held as the “next Lewis Capaldi” by critics, it appears the 25-year-old from the small town of Polmont has a lot more to offer than just sorrowful songs. Proven in his latest release, “You,” Smith has delved into the dance genre and is embracing a more carefree vibe while still keeping the lyrics meaningful.

“You’ is definitely a lot different from the songs I’ve put out before. I’ve found myself being heavily inspired by Dance/R&B artists. I love the juxtaposition of happier-sounding music and keeping the meaningful and heavy lyrics in my songs,” Smith explains in his press release, adding, “I feel like I’ve really grown in the past 18 months as a person and as a musician and writing this sort of music has helped me to unlock a new part of something I never knew existed in me. I hope any fans welcome the change in direction.”

We spoke with the emerging talent to learn more about his musical journey, influences, how he feels about those Capaldi comparisons, and more.

Tell me a little bit about your background in music — how did you get started?

I am from a musical family so I grew up around music. My cousin & I used to be quite competitive with guitar so that’s what forced me to become better. I then started busking and singing and it all stemmed from there.

Who would you say has helped influence your sound?

I had an amazing trip to LA and I got to work with Ketil Jansen from Lemaitre, it just felt like we really bounced off of each other. I also just listen to a lot of dance music and get heavily inspired by that. Artists such as Emotional Oranges, Fred Again, and The Chainsmokers are massive inspirations.

How would you describe your music so far?

It’s definitely a lot happier than it once was. I think it’s very dancy but still has the deeper emotional lyrics which is what I’m going for.

What inspired you to write your latest single, “You”?

I went to Norway just after I got home from LA and I felt super lonely. I was completely out of routine which is something that I need in my life. I didn’t know anyone and I just wanted to be back home and that’s what inspired the song.

Tell me about the video concept, it looked fun to shoot!

With the song being about feeling lonely, I wanted to add a joyful aspect. We filmed in LA where I’ve needed to create all these TikToks and fit in with everyone. It’s something I struggle with but we made it more humorous.

You were previously held as the “the next Lewis Capaldi.” Why do you think people drew that comparison and how did they feel at the time?

Definitely because I’m Scottish and I have a groggy voice . We are very different artists but to be compared to Lewis is certainly a compliment.

How is putting out vulnerable songs about personal experiences? Can it be nerve wracking?

Yeah, it can be nerve-wrecking but the whole point of music is to write about what’s going on in your head. I find it a form of therapy.

You collaborated with Matoma last year to release the single “Beautiful Wave.” How did the opportunity come about?

My friend Gez had a session with Matoma and had asked me if I wanted to get involved. I had been wanting to write some dance music for a while so jumped at the opportunity. Once it was written he wanted to cut the song straight away. I was very lucky.

What is a day in the life of Aaron Smith like at the moment?

A day in the life of me at the moment is just writing, going to the gym and eating lots, haha. I’m loving football as well, so I like to play that when I get a chance.

What is a goal you are hoping to have achieved by the end of the year?

I’d love to be traveling a lot more and have the album written by the end of this year I reckon.

What’s next? Are you just focusing on singles or is another project in the works?

Definitely writing the album and just discovering more about my sound!