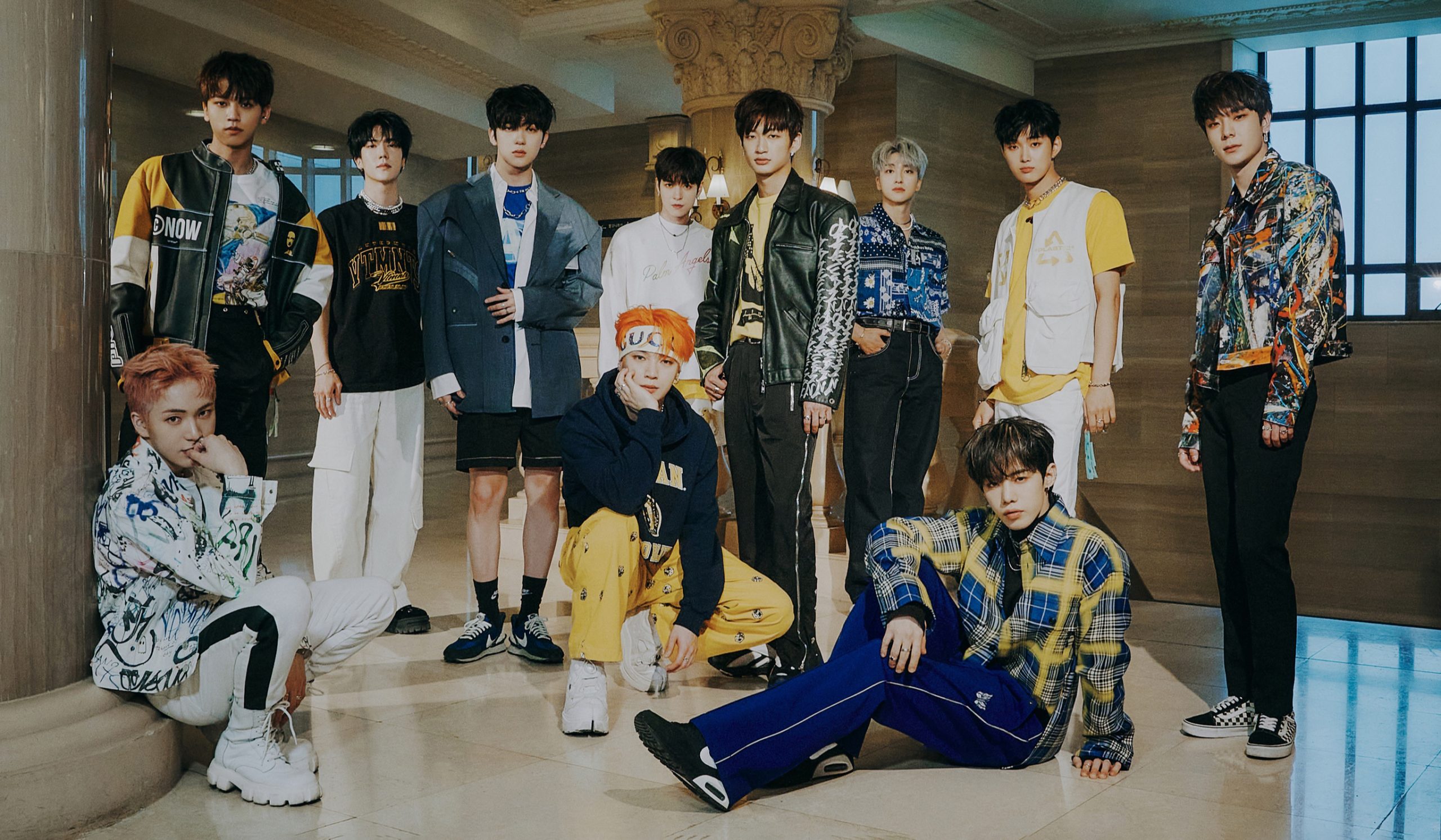 The ‘X’ in K-pop rookie group OMEGA X’s name represents the unknown and its infinite possibilities. Like their name’s meaning, the group’s musical style too, has the ability to mesh with endless styles and genres–their music regularly changing and developing with each comeback. Now, just six months after the release of their second mini album LOVE ME LIKE, OMEGA X are back with a new single, “PLAY DUMB,” the title song off their recently-released full-length album 樂서 (Story Written in Music).

On “PLAY DUMB,” the 11-member group–made up of Jaehan, Hwichan, Sebin, Hangyeom, Taedong, Xen, Jehyun, Kevin, Junghoon, Hyuk and Yechan– show listeners a more playful side of themselves compared to darker concepts they’ve done in the past. But, if you’ve ever taken a scroll through the group’s popular TikTok page, you’d find that this playful side of themselves is one that they share often with fans. Whether it’s a chaotic experiment, dance challenge, or just a random video amongst members, one of the group’s biggest charms is their ability to let loose and have fun no matter the circumstance. This same bright energy helps set the tone of “PLAY DUMB” as soon as the track’s springy melody begins.

“미치게 / 미치게/ 미치게 가는 거야, oh” the group sings in arguably the song’s catchiest moment. “Play dumb, diggy-dum-dum / Hey, hey, hey, hey, hey,” they chant in unison, talking directly to what seems to be a newfound crush. It’s both an energetic and laid back verse, highlighting the song’s sweet summer concept perfectly. Member Jaehan, who was recently appointed as the official leader of OMEGA X, also participated in the song’s composition, making it extra special for fans who had been anticipating this new release.

In the song’s music video, colorful visuals take over, transporting viewers from one vibrant set to the next. Alongside powerful choreography created by renown dancer and choreographer Choi Young Jun (TWICE’s “TT,” Wanna One’s “Energetic,” Red Velvet’s “Zoo,” and many more), OMEGA X are all smiles, decked out in fresh tennis and relaxed fits throughout the video. “We want to be known as a versatile band that can do everything,” said leader Jaehan during the group’s recent album showcase, as noted by The Korea JoongAng Daily. With a new lead single and full-length album now in hand, who knows what the future holds for OMEGA X. Whatever it may be, the group will surely give it their all.

OMEGA X’s “PLAY DUMB” is available now. You can also check out their new album, 樂서 (Story Written in Music), below.