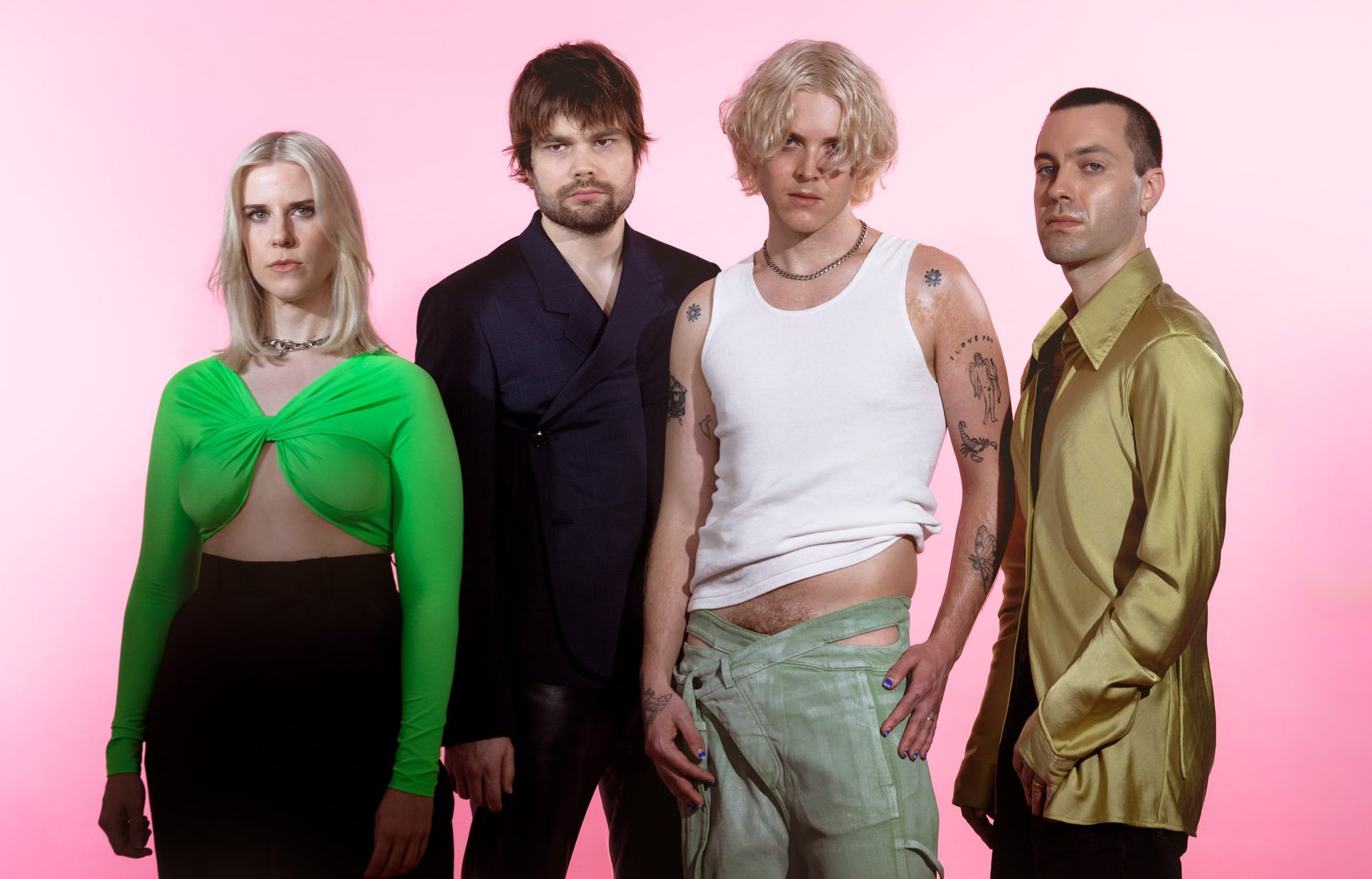 Cub Sport – Always Got The Love

Cub Sport has returned with a love-fused anthem. The newest single, “Always Got The Love,” takes on a more deliberate and daring approach than the band’s previous album, LIKE NIRVANA. Worry-free and feverishly happy, “Always Got The Love” makes the perfect pride month celebratory track.

The glistening production combines a techno-inspired tempo and an ascending grand piano scale, along with frontman Tim Nelson’s crystalline and mesmerizing vocal. A stylized detour from LIKE NIRVANA, while “Always Got The Love” focuses less on wallowing introspection, it continues to capitalize the same kind of off-the-chart infatuation that feels Cub Sport™. After spending the past decade transforming the feelings of unease and anxiety into blossoming anthems and ballads, Cub Sport finally gives in to a love that feels easy and relieved.

Euphoric and exhilarating, the “Always Got The Love” music video celebrates the beauty of affection and the thrill that comes with falling in love with the right one. While the whole video serves as a grand affair of love brewing in a nightclub dazzled in pink, a love story of two rebellious cyclists develops. The line “Gliding on the highway / my hand / on your thigh / feels alive” gets realized on screen as real-life lovebirds, lead singer Tim Nelson and keyboardist Sam Netterfield, embarks on a midnight runaway into the skyline with matching motorcycle attires.

For more details and sneak peeks, we caught up with the band’s frontman Tim Nelson on the new single and all things Cub Sport.

This is the first single of Cub Sport in almost two years–how do you feel? How has it been?

I feel good! It was nice having a break at first, and then I started feeling a bit disconnected from a lot of the things that make me feel like an artist. I’ve been excited for this ~return moment~ ‘cause I feel like we’re venturing into new territory. So far it’s been wonderful and I’m feeling very grateful – I’m trying to be chill and take it in.

With such an extensive discography, you lots make a great touring band. What do you enjoy the most about playing live shows? How has the return of festivals and concerts been for you?

Getting to play together as a band is my favorite thing–the idea of all four of us putting our energy into creating one thing that people come to experience is really magical when you think about it. Also getting to look into our fans’ eyes and sing the songs together–it’s one of the most special things. When I saw Solange at the Sydney Opera House in 2018, I was in the front row and she crouched down on the edge of the stage and sang a whole section of “Some Things Never Seem to Fucking Work” right at me, looking straight into my eyes. It felt spiritual and it changed the way I perform!

The return to live music has been… really good! We played at a festival in Tasmania over New Years and it was our first proper show back. I felt completely different after it. This might sound cheesy, but I think I feel the most like myself when I’m on stage performing, so to get that feeling back felt powerful.

The world is back with their obsession of Stranger Things stars Natalia Dyer and Charlie Heaton’s relationship again, but I want to know more about your “World Kissing Tour.” Favorite city to be love birds in? Favorite city for Cub Sport shows?

Haha we did a band trip a few weeks ago for meetings in London, Paris, New York and LA. Sam and I took kissing photos everywhere we went and referred to it as our “World Kissing Tour” (laughs). Right now, I guess I’d have to say Paris is the best place to be a love bird in. We had four free days there in the middle of the trip, and it was heaven. The weather was warm and we had vegan gluten-free pastries everyday. I don’t think I could pick a favorite city to play in ‘cause we love playing everywhere, but I will say our last London show was one of our favs ever. We played at Scala and it was sold out, making it our biggest headline show outside of Australia. We were feeling really happy and proud of how far we’d come, and the energy from the audience was beautiful. A really special one!

If LIKE NIRVANA was a rebirth, what is this upcoming project? And how does “Always Got The Love” represent it as the lead single? It seems to be a lot more… straightforwardly happy?

I’m still figuring out exactly what it represents but I know it feels good and soulful, like a mix of euphoric/emotive/comforting. Yeah I think I’d say “Always Got The Love” represents a side of what’s to come…

How does fashion and particular pieces play into the image of Cub Sport? It’s just all so stunning and very art pop-esque – what’s your personal favorite moment? Which particular photoshoot/event did you and your band have the most fun?

Thank you so much! We work with one of our best friends and amazing stylist Kurt Johnson. Fashion has been a big part of the Cub Sport evolution–especially recently. It’s exciting getting to extend the energy/vision of the music into other areas like visuals and fashion. My favorite looks recently are our Mardi Gras looks from earlier this year (Pigsuit, Common Hours, Caroline Reznik, Christopher Esber and Dion Lee) and I’m also obsessed with our looks in the “Always Got The Love music” video (Walter Van Beirendonck from Dot Comme, Schafer, Beare Park, Balenciaga, Prada and Margiela). Both of those looks gave “pop group from the future.”

What is at the core of Cub Sport’s music? (very open-ended question take this however you want xx)

I may sound a little cheesy again here, but I’d say at the core of our music is heart. I write from the heart and when I’m creating something, I have to be really feeling it to even consider releasing… And I’d also say beauty – I think most of our music is really beautiful, even on a more abrasive song like “Confessions” from our last album, there’s this underlying beauty.

This motorcycle love story from the music video is just so intriguing – any hints for the upcoming installations of the storyline?

That idea came to me one morning last winter while Sam and I were on a bike ride to a cafe near our house. Most of it came to me while I was actually riding my bike so I had to try to remember every detail, then when we got to the cafe I quickly wrote it all into a note in my phone. The finished video ended up really true to the original note, which I think is a sign of a great video team shout out Jack Birtles (Director) and Tilly Towler (Producer). You’ll have to stay tuned to see what’s to come…