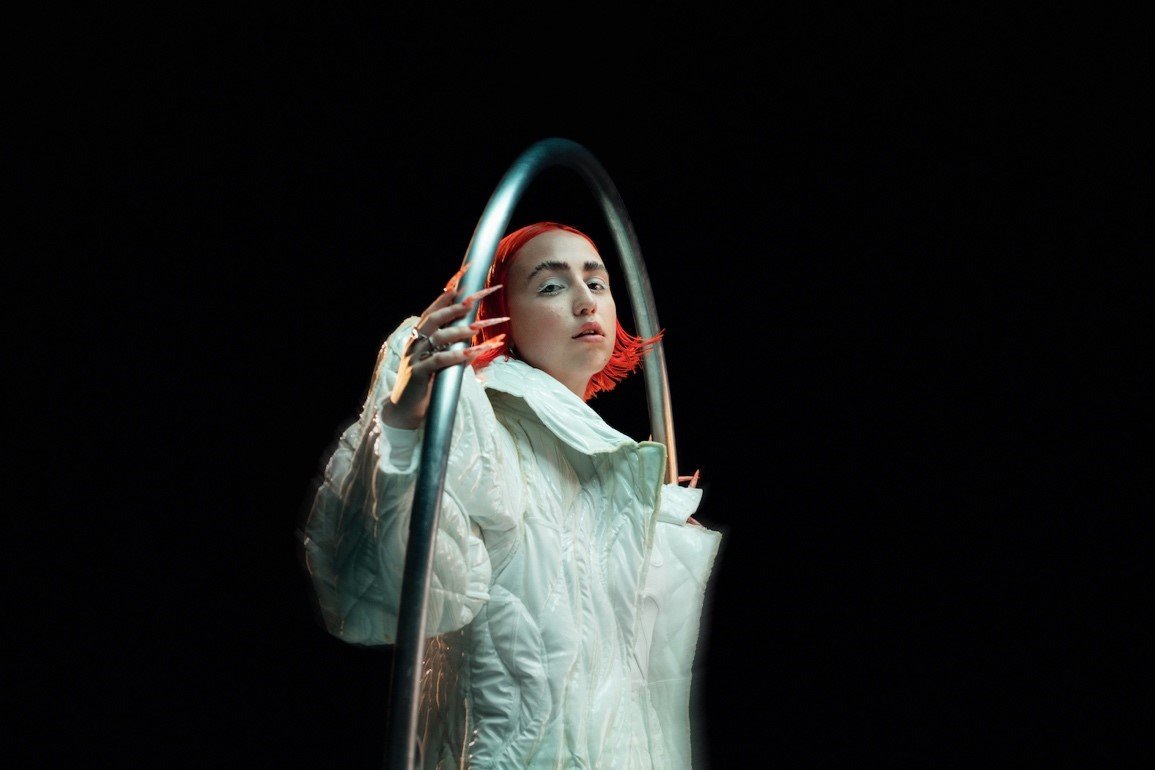 Amelia Moore single-handedly faceted a musical genre all her own appropriately adorned with avant-garde touches and a futuristic flair. Likely one of the most versatile songwriters of our generation, Moore presents the seven-track EP teaching a robot to love — arguably the strongest debut project any artist could wish to make. Aesthetics aside, the singer boasts a striking set of vocal chords offering a next-level listening experience able to keep up with the likes of Ariana Grande.

teaching a robot to love sets itself apart mere seconds into song one. From the minute long prelude “intro” into track two “moves,” Moore creates an impressively sublime transition between techno, R&B, and pop in under 3 minutes. Alongside renowned producer Pink Slip, the singer manages to produce a groundbreaking identity as hyper-pop’s edgy, darkened twin. Where alternative sounds meet experimental spirit, Moore shines like a star.

While “moves” is the ideal chill track for a feel-good moment, songs like “crybaby” take on a moodier (but still incredibly catchy) tonality. Moore masters the careful art of layering harmonies flawlessly; frankly, there’s nothing quite like a tune with the artist’s best skills at the forefront.

Put plainly, her voice is the star of the show. EP standout “teaching a robot to love” shares its title namesake for a reason: the number is the embodiment of everything Moore’s complex vocals are capable of. Between Billie Eilish-esque whispers swelling into resounding symphonies and traces of robust whistle notes, the vocalist establishes herself as music’s ultimate shapeshifter.

“This project is the culmination of first love, first loss, and the recognition that love is what separates us from the robots,” Moore states in a press release. Halfway through the EP, listeners earn insight into the message behind her lovestruck madness with “IFE_outro_V4_AM_24b.wa.” Talking to who we can assume are other producers in the recording studio, the songstress inquires, “So it’s like, can you really not feel anything? Or are you just afraid of talking about it? I don’t know…Are you just a f*cking robot?…I know you’re a robot, but I’m still a girl.”

The chatty break serves as an outro for the single “i feel everything” — a moody tale immersing the listener into the receiving end of a breakup. “You don’t feel at all / I feel I feel everything /  and you won’t even talk / I just I just want to scream,” Moore belts in what feels like a lyrically poignant reprimand. The powerful tune is accompanied by a futuristic, stark video wherein the singer literally illustrates her heart beating out of her chest.

With merely a debut EP on Moore’s résumé, she’s breaking down barriers and slashing precedents in favor of becoming one of the most recognizable voices music can offer. If teaching a robot to love is just a taste of the singer’s potential, the world will shake upon the release of a full-length project. There’s still six months left in the year, but Amelia Moore is undoubtedly the artist to watch in 2023.

Listen to teaching a robot to love everywhere now.