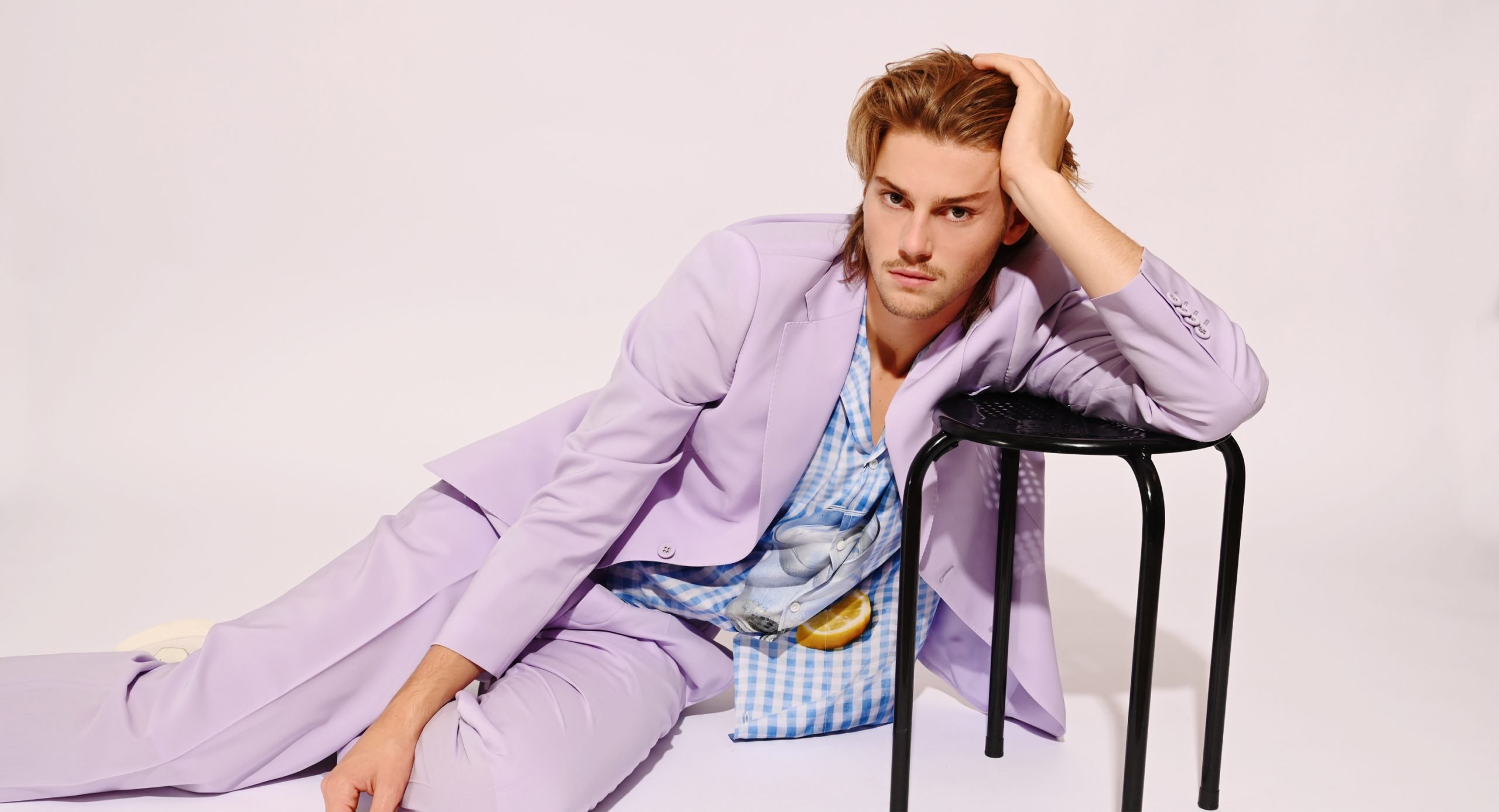 There is something idyllic about the visualizer for Ruel’s latest single “Let the Grass Grow.” The short video was filmed in Crescent Head, Australia, a familiar locale for the Aussie native. The water is distractingly blue in this film as it crashes against the jagged outline of sharp rocks. The natural beauty of the setting induces in the viewer a sense of perfect calm, a serenity that matches up perfectly with Ruel’s clean vocals. He has the sort of voice that sounds right at home in intimate settings, backdropped by acoustics, though of course those who have seen him tour with Shawn Mendes know he is just as good surrounded by a crowd.

This single however comes from a place of incredible intimacy, inspired by a cause very close to Ruel’s heart. A longtime surfer, Ruel has always felt very close to nature, and after traveling with the Surfrider Foundation this year, thoughts about climate change have kept him awake at night. That’s why he felt like now was the time to release a song that put those fears and desires for change in the spotlight: the result was “Let the Grass Grow.” 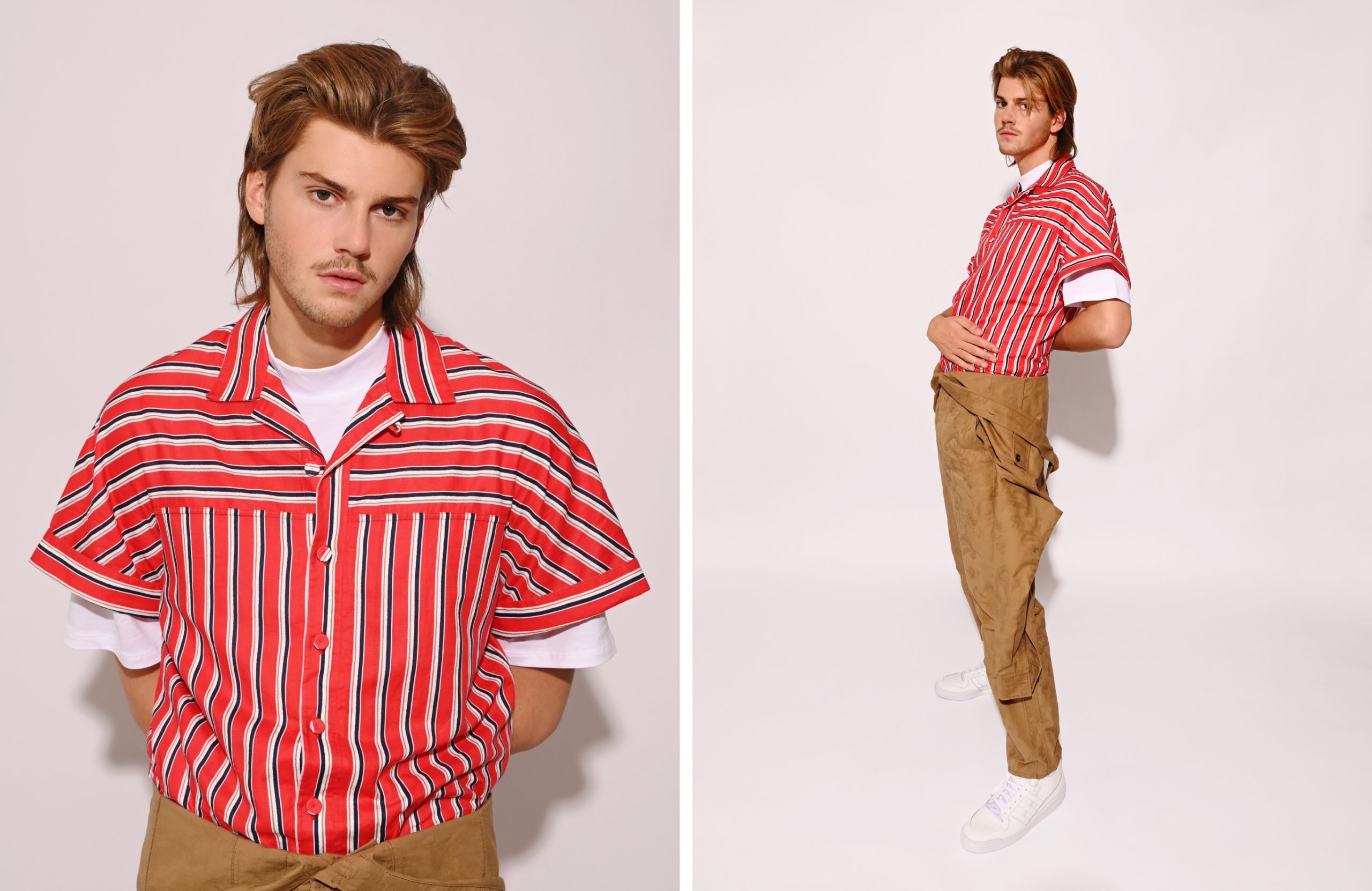 Between touring the US this spring and working tirelessly to release his debut album, the Gen Z artist was able to sit down with EUPHORIA. to talk about Surfrider Foundation, climate change, and why he feels most at home in the water.

Your latest track “Let the Grass Grow” was inspired by your concerns surrounding climate change. Can you expand on that?

I wrote the song with this guy PJ Harding who I’ve written a lot of my songs with, especially the older stuff. He was one of the first people I met in the music industry when I was, like, 13. We’ve got a very strong writing relationship and every time we write, it starts pretty deep. We’ve written about breakups, heartache, unrequited love. It was the middle of COVID and we were just having a deep conversation on Zoom about the things we think about when we are lying awake at night and this is just one of the things where we both had this fear of the unknown for the next 15 to 20 years. The fear that there is no hope, which is an awful and scary feeling. The way we are heading is scary. We didn’t want to just write a song about how there is no hope, because that isn’t very helpful. It doesn’t feel like there is anything else I can do because no one else around me cares about this thing that is going to catch up to us. It ended up being quite a dark concept, like, we’ve already damaged the earth so much, the only thing I can give back is myself so that’s where the lyrics were heading. Just a series of dark thoughts I have when I’m laying awake at night.

I wanted to come out of the gates with this song because with this song, I went out with this organization the Surfrider Foundation to fight against climate change. They are just very close to my heart because right now they are trying to save the coastal beaches around Australia and around Sydney, where I live. That felt a bit more appropriate to go out with them for this song to show that they are making a change right now. They are hope, they re doing amazing things. It shows that it’s not so lost.

I want to talk to you about your work with the Surfrider Foundation and how that may have impacted your thoughts on the environment. How do you think surfing connects you with the Earth around you?

Growing up in Sydney, you are automatically very connected to nature and the environment. Kids are forced to surf when they are 8 or 9 and they just stick with it or they don’t. I stuck with it and I just love being outside, and the flora and fauna in Australia is just amazing. I feel very connected to the water especially so when I met with Damian from Surfrider, he was just telling me some scary, awful thing about what could happen and what almost has happened without their help. It’s terrifying all the seismic testing on the Australian coastline, they were basically going to destroy all the beaches I grew up surfing in and still do surf in. That was a really big motivation for me because a lot of the change that you feel like you want to make it feels like you won’t get much back for a while. Only like five or 10 years from now will it feel very real but this was like, no, this is going to happen this year. It definitely feels very close to home, that’s why I feel so connected and why this feels so urgent to put this song out with them.

The visualizer for the song is beautiful too. How much of a say did you have in that?

That was when I went on this surf trip with Surfrider. They put on these trips where you stay in this little cabin and just learn and get to spend time with a bunch of environmental specialists and surfers. I’ve never done anything like it. I was there for six days and brought my videographer with me and we were just like, let’s shoot the shit we do here and show these beautiful landscapes in Crescent Head in Australia and use it as the visualizer, and that’s what we did. It came out nice.

This generation seems more aware than ever before about what is going on in the world in terms of environmental woes. How do you feel about the fact that we now have artists such as yourself creating music, or 2D art or films where these concerns aren’t just glossed over? How do you think that impacts the political landscape (if at all)?

You were in my hometown of New York in March! What is your favorite thing about performing live? Any great concert memories that stick with you?

New York is always so much fun to play. I got to stay there for a week at the start of March just to write and I hadn’t spent this much time in New York in so long because I usually just go to LA since Sydney to LA is a bit more simple, you can just zip 13 hours and then zip back. The extra six hours is a lot for me! I love it so much though, it’s great. It’s so easy to just get lost walking around the streets so I’ll just put my headphones in and go for a walk and just take it all in and try to get lost. You only can find cool places there, it’s amazing. The show was sick. There was a basketball court right across from Brooklyn Steel and I wanted to play some basketball, get some exercise. And the whole line for the show was wrapping around it so I thought that would be cool to have a little arena so the same audience from the show was just standing there and coming up to the court. It was fun, we had a little shooting contest with my poor basketball skills! 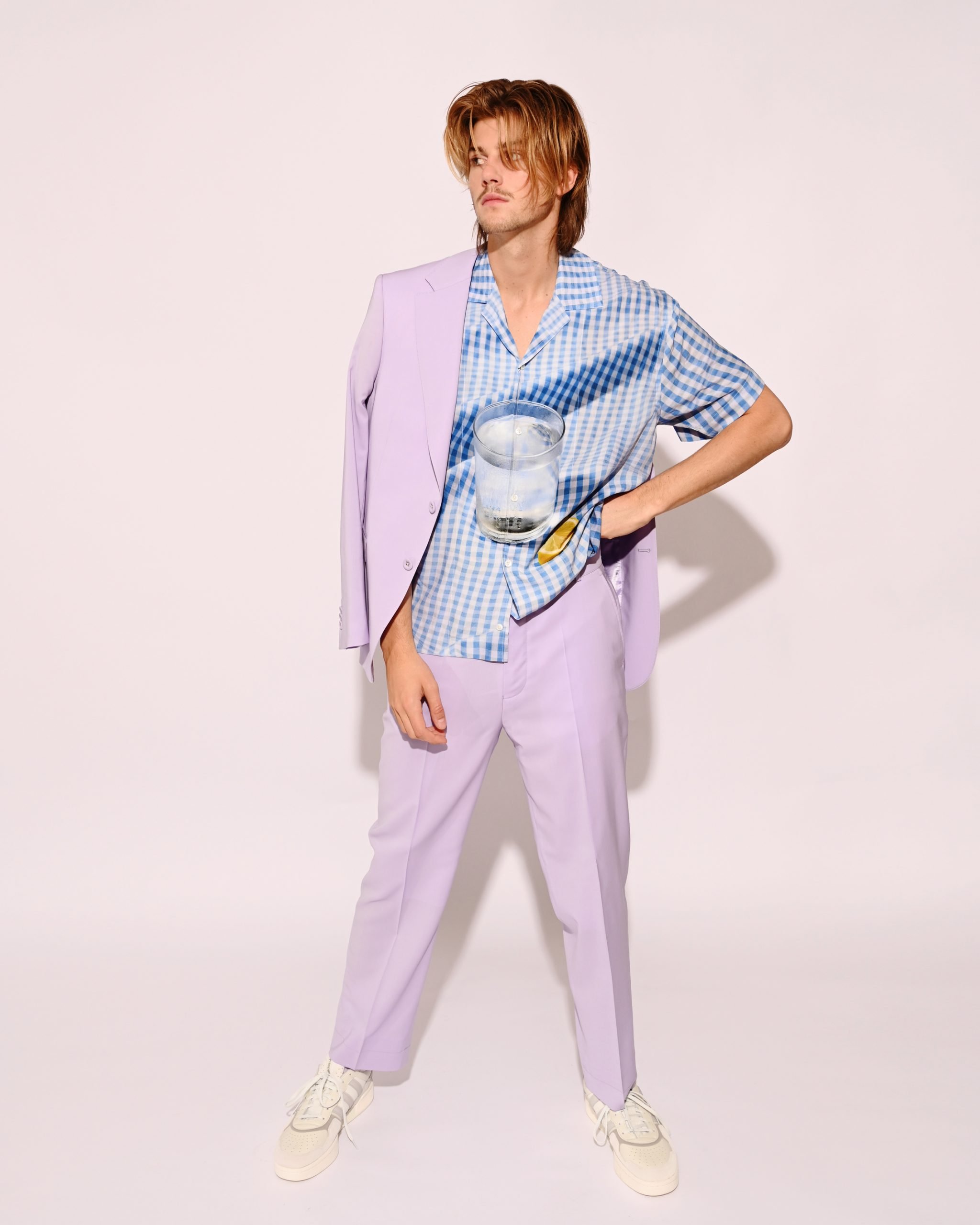 Tell us about touring with Shawn Mendes.

Those Shawn shows I did back in 2019 were in arenas around Australia and New Zealand and it was pretty sick because I’ve got a lot of crossover with people coming to those shows. I would see a lot of my friends there, and it was great. The difference is that arena shows feel weird because you can’t really connect with the audience, it’s so many people and you’re pretty far away. I love the shows I’ve been playing now, they still fit lots of people but I feel more connected and there’s so much history with the venues I play in. I’m excited to get back to those stages but I’m pretty happy where I am!

You’ve been working on your debut album, which will be released this year — how does it feel to be so close to this milestone?

It’s terrifying. Right now I’m doing the final writing for the album. I should have done this far earlier. I’ve delayed it so long and I feel awful for leading everyone on for like two or three years. I’ve had a lot of time to write but I’ve been locked over in LA so things are happening quicker. This week I’m going to Nashville, and I’ve got the last week of writing to do and then whatever I write is it and that’s the album! Record final vocals and produce it up and then that’s it. It’s scary but I’m excited; the closer it gets, the more excited I get. I’m very ready to have this out. I wish I could just put it out right now!

Where is your favorite place in nature?

I mean it’s gotta be in the ocean. Point break surfing, if there is any sand break, like Crescent Head or Iron Bay, that’s where I want to be.

What are you working on next?

The album, as I was saying. When I go home, I’m writing these last songs and then that’s it, then a lot of visuals for the album, get the music videos and photo shoots and album covers done. It will be nice to do it back home. I haven’t been home in so long, I miss it.