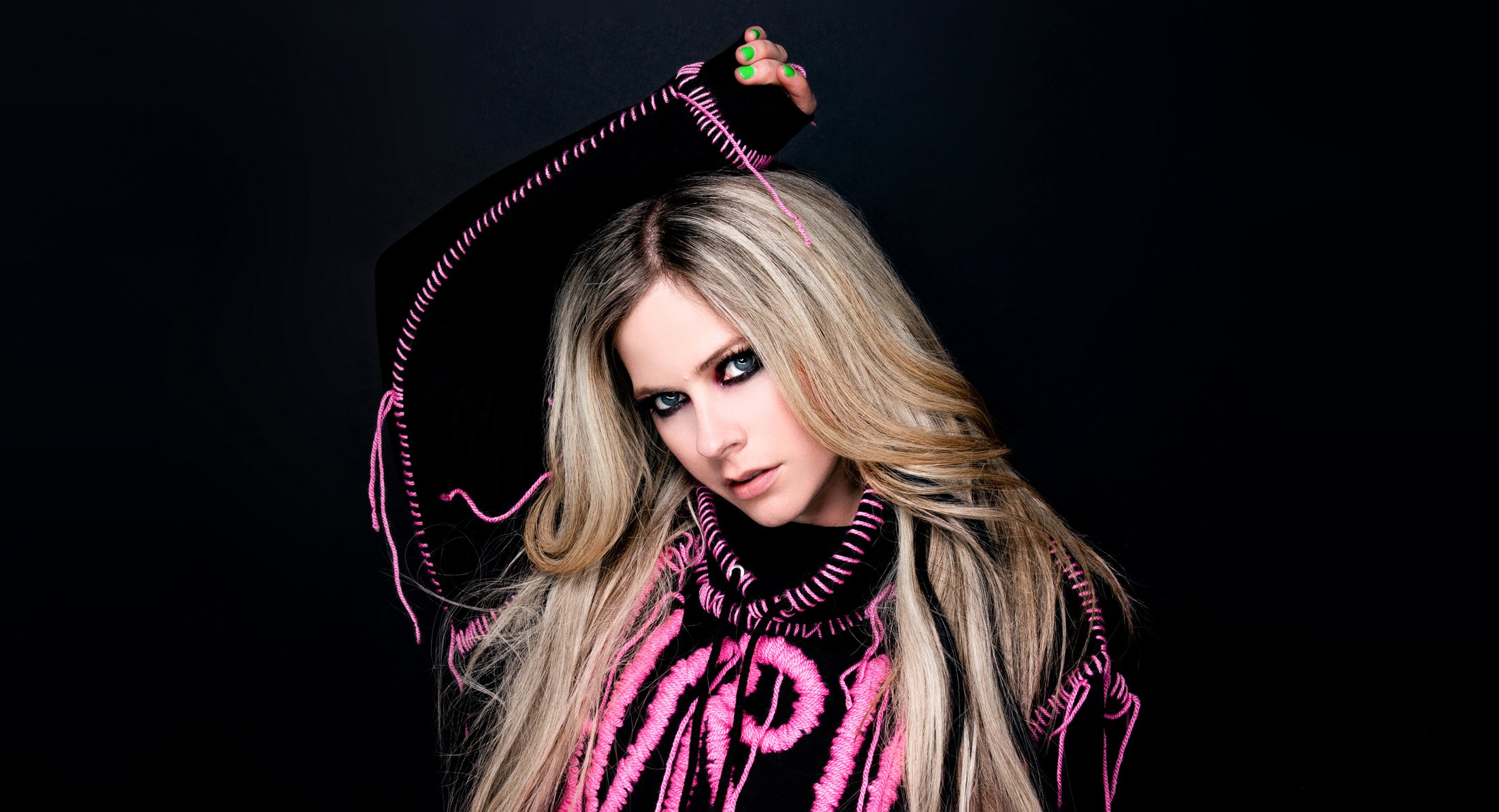 Avril Lavigne may have been dubbed the pop-punk princess once upon a time, but these days, she’s queen. The Canadian singer, whose biggest hits include “Sk8er Boi,” “Complicated,” “Girlfriend,” and so many more, started carving her own path just over 20 years ago when she decided she wanted to make the music she wanted to make and dress the way she wanted to dress. At the start, Lavigne’s career was a blank space that she was ready to fill.

And then she released Let Go. 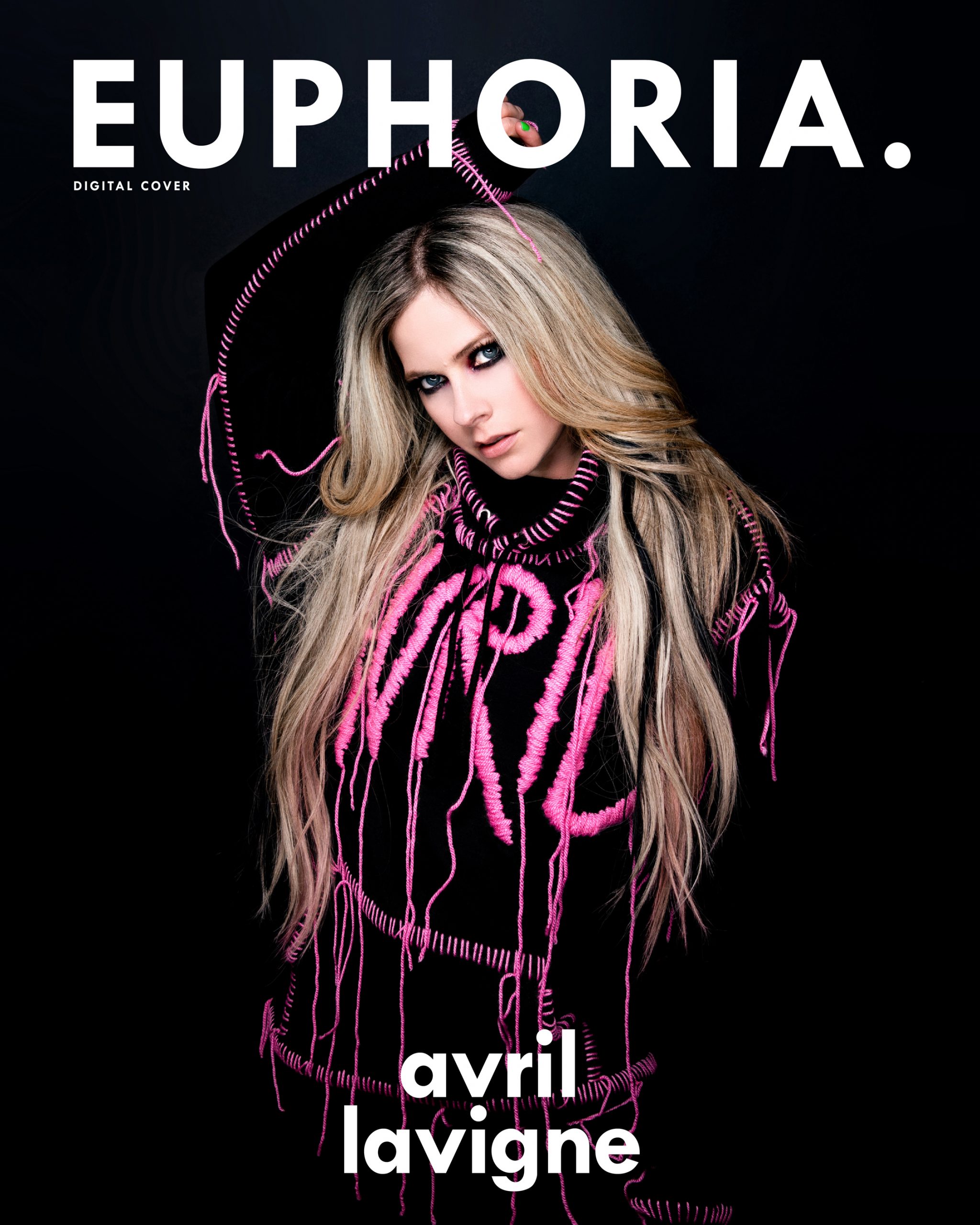 On June 4, 2002, Lavigne dropped her first album after the success of its lead single “Complicated” just a few months prior. But getting to that point was a bumpy road for Lavigne, who says it took some time to find her place in music — and find a team who would really support her vision.

“I had to figure out my style,” she says. “I knew what I wanted and I loved the guitar and the electric guitar — the fucking low electric guitar — and I wanted to rock out. I also really wanted to write my songs. It was a challenge of finding people to co-write songs with and to produce the album that understood my vision. It took me a year to meet different people, set up meetings, set up writing sessions and it wasn’t going very well.”

Rather than give up, though, Lavigne stuck with it, knowing that she had music inside her that would resonate with other teenagers who were just like her. And then she met Lauren Christy from The Matrix production team, as well as Cliff Magnus. Lavigne says, quite simply,  “They got it.”

At the time, Lavigne was a teenager, fresh out of high school, and really just wanted to write about the life she was living. She had crushes on skater boys, so she wrote about it, birthing “Sk8er Boi.” She was dealing with teen angst, so she wrote about it. “I really stood up for myself with writing,” Lavigne says. “I fought until I got songs that I thought were cool, that I vibed with. We had this huge conversation with the label, and they were like, we’re sending you to LA. Because I started in New York.” She laughs off that notion, saying very succinctly that she did not vibe with the city. But LA worked for her, as did L.A. Reid, who signed her and gave her the space to really create an album that felt authentic. “He gave me the time to go make the album, write my songs, and take my time to find my style,” she says.

And after months of writing, creating, and sharing, Lavigne’s debut album was finished. “Complicated” introduced her to the masses, giving a voice to teenagers who maybe didn’t feel at home with bubblegum pop music that was popular at the time. For many music-lovers, though, one genre of music simply isn’t enough to tap into all your emotions and settle into all your crevices. So even those who did love bubblegum pop found that Lavigne’s music drifted into their souls and tugged on something that no other music had done.

Like Lavigne says, rocking out was paramount to her brand. Let Go is full of songs that gave Lavigne a platform to parade around a stage in her necktie and baggy pants, pouring her heart out to anyone who will listen — all with an electric guitar and a booming drum beat providing the soundtrack. Thus, a new era of pop punk was born.

But Let Go created more than just a new wave of women in pop punk, it also solidified Lavigne as a fashion icon — something she was surprised to find out. She says when she initially sat down with Reid when he signed her, he assured her that everything about her vibe was exactly what he was looking for, baggy clothes and all. After being gently nudged by her parents to dress “nicer,” she says, she was beyond thrilled to be left to her own devices with her wardrobe as a performing artist. She was not prepared, though, for the way her fans would instantly start copying her style, adopting it into their own wardrobes.

“One of my first shows was in Vancouver, and I was up in my dressing room and I looked in the street where all the fans were lined up to come inside,” she says. “This was probably my first little show. Everyone was dressed up as me, when I poked my head out. There were white tank tops and neckties and black eyeliner and the wristbands. And I was like, ‘Wait, what?’ So not only was I, like, surprised people were there to see me, but they’re dressed like me!” 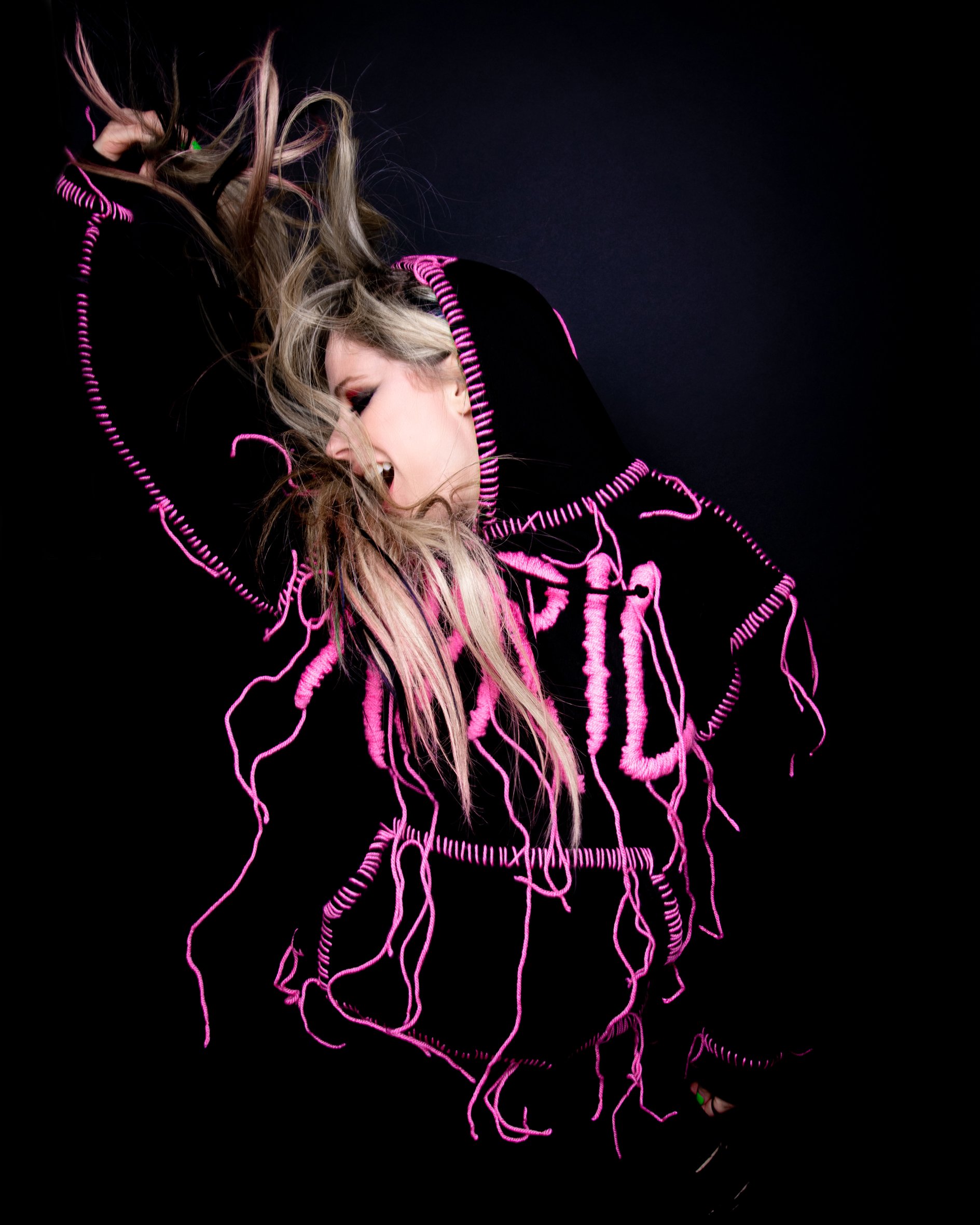 Lavigne’s signature style of baggy pants, plain white tank tops, wristbands, pin straight hair, and neckties has evolved over the years, but wearing that uniform to a Lavigne show will not make you feel out of place in the slightest. Though she’s upgraded to a slightly more refined wardrobe of her own, she still often rocks her locks long and straight and wears clothes with a punk edge.

“The fashion evolved and changed with each album cycle,” Lavigne shares. “So, the first album, everyone was wearing neckties and tank tops and the black eyeliner. Then the second album I had dyed my hair black underneath, and oh my God, people were showing up with the bondage pants and the black hair underneath the blonde too.”

The fashion is just part of what keeps Lavigne connected to her fans, but it’s her genuine love for them — that all stems from Let Go kicking off her career — that has kept them bonded for two decades now. As just a teenager herself when this all began, it was pretty easy for the singer to relate to her fans who were the same age, and together they’ve grown up a lot.

“I still today literally know the same fans that have been at the shows from day one,” she says. “A lot of them were in the front row and are still in the front row. How lucky am I to have a fanbase? People really connected with my music then, and still do to this day. I feel so grateful.”

Let Go is one of those unique albums that made a small splash upon its release but has only grown as time wears on. It may have been our introduction to Lavigne, but as she’s moved along in her career, everything harkens back to where it all began. It created the foundation for not just her career, but pop punk artists who have broken into the scene since then. Artists like Olivia Rodrigo point to Lavigne as an inspiration, giving credit to the singer who made this genre into a space that’s welcoming for women. 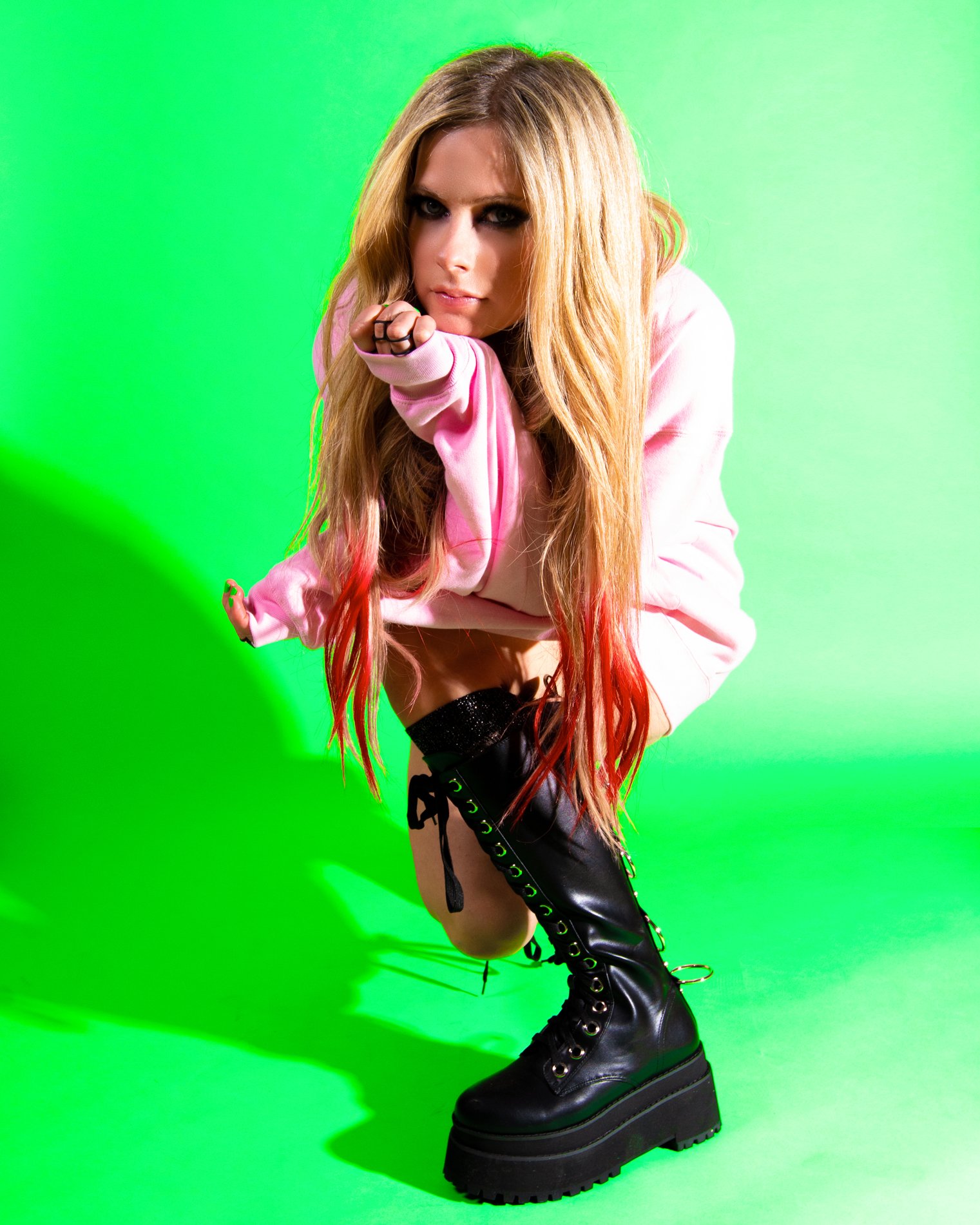 And while the world as a whole still loves spinning all the tracks from Let Go, Lavigne has released several albums since then, always evolving and always growing. At the core of each album, though, is a voice and authenticity that’s so very Avril, and that’s never going anywhere. “I’m writing songs now from a perspective of a woman and what I’ve gone through, what I’ve seen, been through,” she says of her musical evolution. “I’ve experienced a lot. I think now I really know myself and I just write about what I’m going through in the moment.”

At this point she laughs before adding that despite how much time has passed, guys are still the same, which helps her music have a throughline year in and year out. “Every record I make, I write what I’m going through. And then lyrically, the tone will sort of match it, production-wise.”

Her most recent album, Love Sux, which was released in February, found her right back where she’s been before, coming off a breakup and writing it out in music — all amid COVID. “We all know what a breakup feels like — they suck,” she says with a laugh. “And therefore it makes me feel like love sucks. I’m able to laugh at it at least. I like that the album has, like, a sense of humor and it’s called Love Sux, but it’s very lighthearted. It’s just what we’ve all been through or experienced and the crazy things like love puts us through.”

Naturally, while Lavigne was working on this album with Travis Barker, she found herself in a totally different headspace after finding a new relationship, but it didn’t deter her from the direction she was taking her music on the album. She worked with Mod Sun (who she is now engaged to), blackbear, Mark Hoppus, and Machine Gun Kelly, in addition to Barker, making it a truly collaborative album and something completely different from her first album 20 years ago.

Working with this incredibly talented crew who are all synonymous with the pop punk genre was exactly what Lavigne needed to round out the music she’d been working on. “​​Well, I’ll tell you, [working with them was] way the fuck more fun than my first album,” Lavigne says through a laugh. She recounts how it was when she was starting out — working with professional songwriters who are virtual strangers at a studio you’ve never been to. But with Love Sux, Lavigne and her co-writers felt much more at home working together in a safe space. “Working with actual artists is way the fuck more fun, and they’re so talented. Like Machine Gun Kelly walks in and he’s like, ‘Yeah, I got this idea!’ And he grabs a guitar and just sits down and starts playing. These people are stars.” 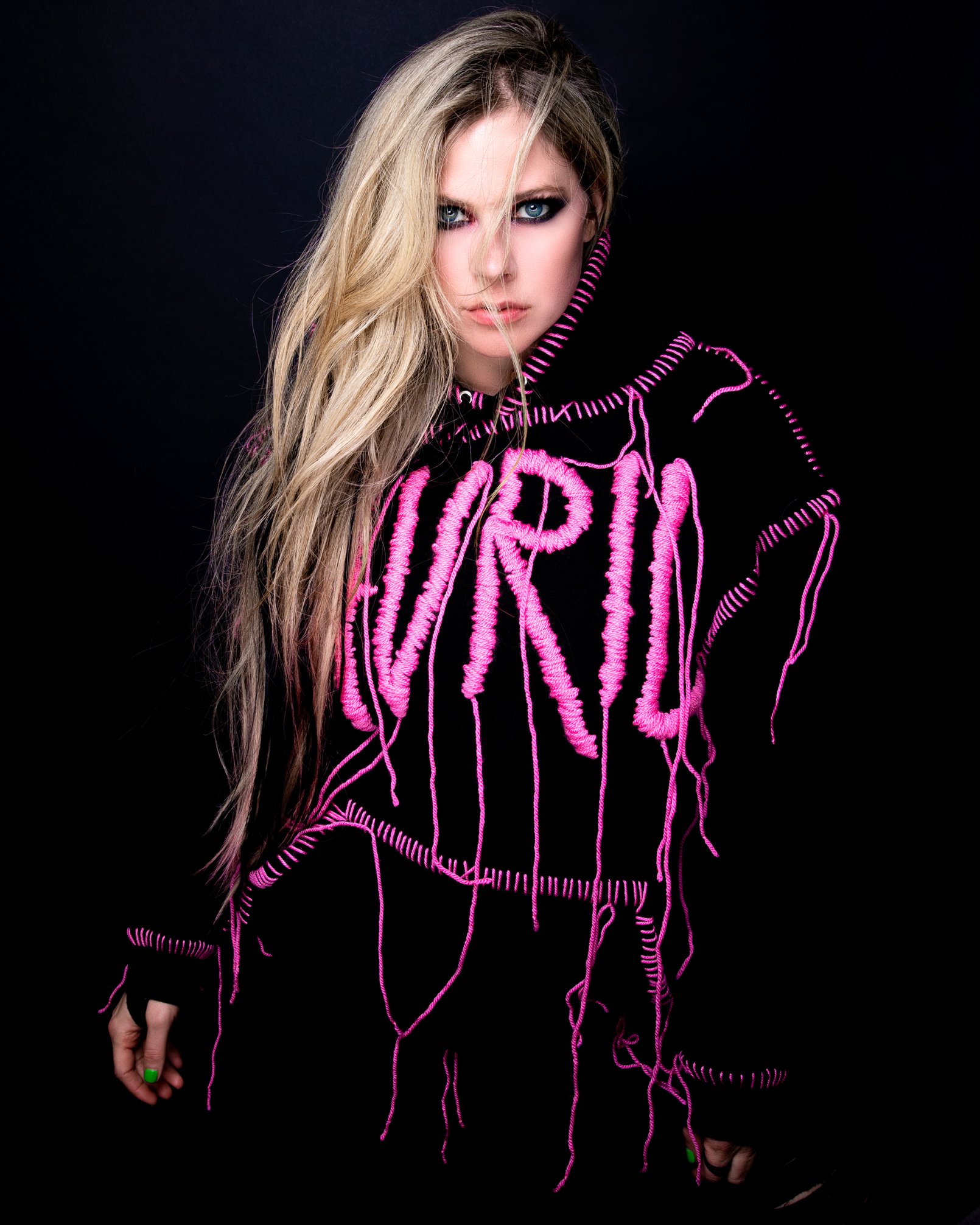 It’s not that Love Sux wasn’t necessarily in the cards for Lavigne — she isn’t afraid to admit that she’s constantly writing, which means a new album is pretty much always on the way at some point — but the world shutting down for COVID brought this album to the forefront in a way it may not have been otherwise. It also meant that she was able to gather the team of collaborators she did, because for once, everyone was on the same schedule of nothingness. “​​The pandemic gave me time to really be able to focus on the album, which was nice,” she says. “It cut out a lot of the noise and distractions, because everything in life, like tours, stopped.”

Love Sux is another album to add to Lavigne’s resume, showing another side to the singer and showing that 20 years on, she’s still got it. She recalls saying in interviews as a teenager just starting out that she wanted to do this forever. Laughing about it now, she says she seemed very confident that this was her life’s path, but it sounds like her confidence was justified. And 20 years on from Let Go, Lavigne is prepared to spend another 20 (and maybe more after that) continuing to release music and tour the world to see her fans.

“I did all the hard grueling tours, promo tours, and work the first 10 or 15 years,” she says, looking back. “Now I feel like I get to enjoy that dedication and hard work. I’ll go with the flow of things, but I wouldn’t want to not do this. The thought of not working — I would be bored.”

Suffice it to say, Lavigne’s fans will be rocking out with her for decades to come as she continues to cement her status as the queen of pop punk.