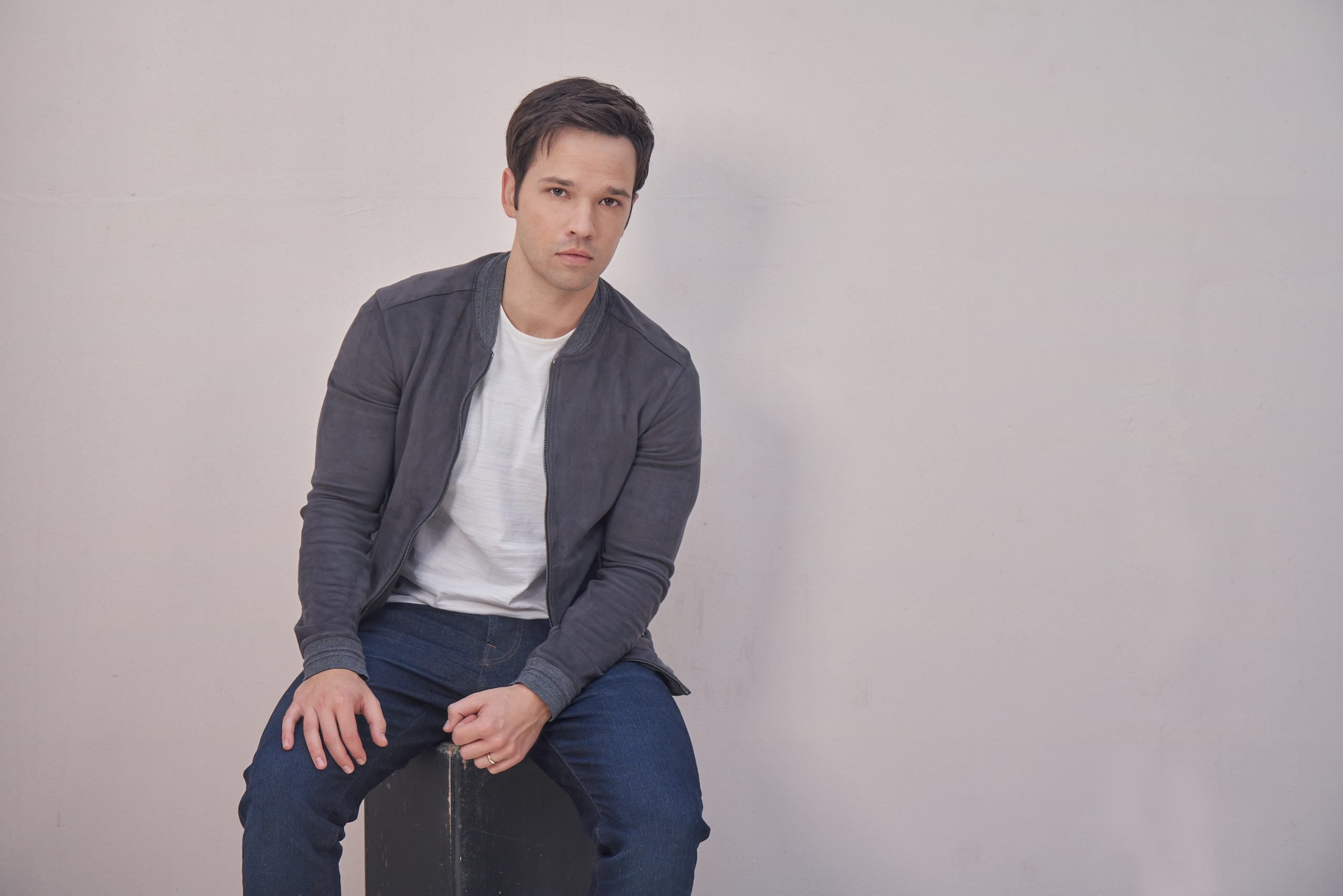 The tale of the child actor is often chronicled in terms of real-life years — we evaluate the ways our favorite onscreen adolescents have evolved in the roles they take on, the life choices they make in the spotlight, and whether they opt to position themselves as long-term household names. But what we consider far less is how their characters, the ones we connected with in front of the camera, would grow and change alongside them in their own fictional worlds.

iCarly, the modern and tech-savvy revival of Nickelodeon’s beloved show of the same name, gives viewers an opportunity to get a glimpse into how those classic personalities developed their lives despite remaining unwritten for nearly a decade. For some, the parallels draw comparisons close to home — just ask Nathan Kress.

The years between iCarly’s final episode in 2012 and the revival’s first reintroduction in 2021 were both freeing and eventful for Kress, as he took on a small handful of roles to add to his filmography while prioritizing finding the space to become a husband and a father, which may be his greatest role yet. Similarly, Freddie Benson has been married (though now a divorcee) and acts as a parent to his stepdaughter, Millicent; it’s a narrative not unlike Spencer Shay’s role to Carly in the original series.

While Freddie struggled to push away from his mother’s grasp in the show, Kress was facing the opposite behind the scenes. Growing up happened at an accelerated speed, making Kress the on-set “dad friend,” per se, despite being just 14 when the show’s pilot aired.

“Even from an early age, I felt a certain amount of responsibility,” Kress tells EUPHORIA. “A lot of that is due to the fact that I was getting letters from people saying, ‘Hey, man, I really look up to you. I appreciate the choices that you’re making and the things that you’re doing, but also the things that you’re not doing. I was getting that feedback very early on from a lot of different sources and that kind of made me want to keep it going. So, I guess I slipped into dad mode sort of inherently.”

And with that responsibility came the pressure of being a triple-threat in the most literal sense of the term — Kress balanced maintaining good grades, keeping a full-time job on the show, and “trying to make it through high school without completely losing your mind” in the span of just a few years. Kress succeeded and cites his faith as a key influence in maintaining a strong sense of self-identity throughout the early days of his acting career. 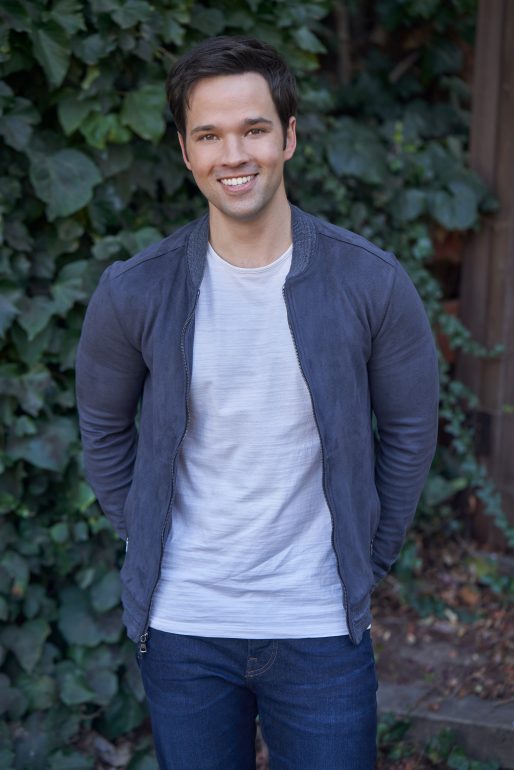 He also recognizes the privilege he had in being able to put that piece of his life behind him early on, sparing himself some of those growing pains in early adulthood after already facing the music of maturity as a teen. Kress says, “The entire industry is just one giant identity crisis. Going through that in the teenage years was challenging, but I’m glad that I did it because it has to happen at some point and the sooner you can get it out of the way, the sooner you can go about your business and live your life.”

Fast forward to 2022, and Kress gets to live out the role of Dad in real time. On his podcast, Radioactive Dads, he and fellow teen star Brett Davern of Awkward. fame explore the ins and outs of fatherhood advice — like the obvious notion that parenting is easy — while unpacking the most humorous day-to-day occurrences that fall between the learning moments. It’s a place of solace for Kress, who finds that it’s challenging to connect with other people who have shared similar experiences as himself both in career and in parenthood.

Though Radioactive Dads exists primarily in the comedic space, the deeper connection of its hosts transcends what any dad joke can relay. In some ways, Davern provides a safe space for Kress to express his feelings about the evolution from teen star to young father; Kress describes Davern as a “sounding board,” oftentimes in a sense that other relationships haven’t quite developed the foundation for.

Kress continues, “And for that reason, we’re able to have these hour-long, rambling conversations where we just seem to go into it with absolutely no plan whatsoever. And then in the blink of an eye, we’re at the end of an episode and we have to wait until next week.”

That same blink-and-you’ll-miss-it perspective applies to the Kress’s onscreen life, as well, as the end of iCarly’s season two arrives. The revival was able to spread its wings this season, according to Kress, as it overcame one of the massive hurdles in creating a successful reboot — recapturing the audience that fell in love with it the first time around. It’s no secret that this isn’t iCarly for a new generation; this is iCarly for the now-adults who fell in love with the original trio’s trials and triumphs in the 2010s, those who can see themselves in the characters in the 2020s.

Season two gave the show and, in particular, the returning cast of Kress, Miranda Cosgrove, and Jerry Trainor, an opportunity to expand on the elements of season one that allowed the show to excel while newcomers Laci Mosley and Jaidyn Triplett continued to thrive in roles that both challenged and bridged the gap between the millennials and the Gen Z audiences consuming iCarly. It’s a blend of the signature slapstick comedy and satire that built the original series with a dash of realism that makes the characters feel grounded, despite the larger-than-life approach the show sometimes takes to its cast’s storylines.

“People were so invested in these characters from their childhood,” Kress says. “You had to make sure to do them justice, but at the same time, you also had to have them be realistic. Especially for Freddie, it’s key. He definitely had a lot of life happen to him between the old show and the new show, and I think that was really important because it just wouldn’t have been very relatable to just be this happy-go-lucky show where everyone ended up massively successful and wealthy without a care in the world.”

Striking the balance between capturing the original show’s fervent spirit and showcasing what adulthood actually looks like feels central to the revival’s relatability for the millennials that grew up with it. Kress continues, “[It wasn’t the case that] nothing went wrong because they were on a Nickelodeon show and nothing really bad actually happens on a Nickelodeon show. I think it was important to show we are adults going through adult problems and not everything is as hunky dory as kids’ TV makes it out to be. So I was proud to be on the forefront of that, being a character who just had all of the bad things happen to it.”

With more lived experience under their belts, Kress explains that the cast is spending more time behind the camera, helping to craft the plot that shapes the viewer experience (though he will be the first to admit that more internet-centric stories are far from his cup of tea). But just as the show’s frontrunners evolved, so did the world around it; the version of the internet and digital consumption that existed when iCarly first hit screens in 2007 is dramatically different from the web we know now, where we explore the metaverse and trade (while trying to explain) NFTs.

But despite those major differences, the show had to go on with Freddie, Carly, Spencer, Harper, and Millicent living in this more fast-paced, always-online sphere. “I think that one of the core elements of iCarly was the fact that it was so innovative and on the forefront of what the internet was really becoming,” Kress says. “Obviously, if Carly is supposed to be this sort of internet royalty, we had to stay in that world.”

Kress continues, “We’re definitely doing everything that we can to sort of stay in that crazy wacky, sometimes pointless, sometimes fantastic, very hyper-connected world because it just opens you up to so many opportunities for story. The internet is infinite, and being able to harvest that is an asset when that’s kind of a core element of the show.”

We can’t make society and, ultimately, the internet slow down, but we can recognize the importance of time. Though it took years, Kress finally learned the value of seeking solitude in slowness and relishing life off screen. In and out of the TV space and through his reintroduction to Freddie, Kress found a way to translate that evolution through a story that often parallels his own journey.

He may have grown up faster than other teens his age, but Kress has the power of hindsight and introspection to remind him that, no matter how quickly the world changes around him, there is no shortage of time to stop and smell the flowers — sometimes literally.

“It’s OK to sit in the back on the deck and watch your kids frolic around and do cartwheels on the grass while you drink a beer and talk about this new drill bit set that you just got,” Kress says. “That’s OK. It doesn’t have to be red carpets and designer outfits all the time.”