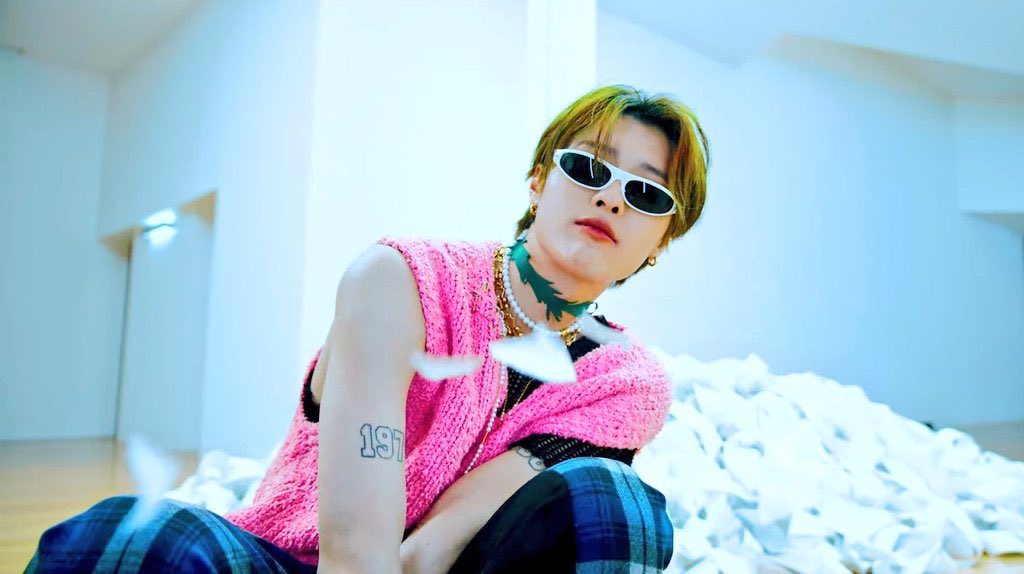 Songwriter and solo artist Cho Seungyoun, known by his stage name WOODZ, is ready to rock and roll on his new single, “난 너 없이 (I hate you).” The single, released as a part of his latest mini-album COLORFUL TRAUMA, finds the songwriter in an unapologetic wave of confidence as he sings about a love that no longer serves him well.

In true rockstar fashion, “난 너 없이 (I hate you)” gives listeners the opportunity to heal the pains of heartbreak using a strong and cathartic track. With several melody changes mixed behind electrifying guitar riffs and simple yet dynamic lyrics, the single ultimately leaves listeners feeling like they can overcome anything the world gives them by its end.

“난 너 없이 잘 살 수 있어!” WOODZ loudly proclaims at the start of the chorus — translated from Korean, meaning, “I can live well without you!” He continues with even more energy building from the chorus’s first line: “Oh, doing everything I want to do without you / You’ll be fine without me.” Observing the song’s lyrics, the track may feel like a simple, happy and cathartic song to rock out to. However, WOODZ’s voice has a certain melancholic tone to it as he sings, making the track even more hardcore and badass. He’s turned heartbreak into a loud and fun experience — a fusion of joy and pain — or as his album title alludes, a colorful trauma that all listeners may relate to in one way or another.

By the time the second verse comes in, and its catchy chorus begins again, listeners can already feel a little less weight on their shoulders, and with that, I’d say WOODZ has done his job well.

The music video for “난 너 없이 (I hate you)” captures the essence of the song just as well. WOODZ, decked head to toe in all black with scars on his face, brings all his energy from the second the video begins. Backed by an eccentric band, WOODZ jumps from scene to scene confidently, releasing all his pent up feelings about his past relationship. With a speakerphone in hand, glistening lights, and a stage to dance on, WOODZ uses all the tools he needs to heal from this breakup.

“난 너 없이 (I hate you)” is WOODZ at his best. It can be tricky to take on the rock genre, especially in the Kpop sphere, but WOODZ does it so effortlessly. If you’re a new listener, this single is a great introduction to his sound, which is always getting better and better. The rest of his mini-album COLORFUL TRAUMA follows suit, each song tying together to create a solid new release.

“난 너 없이 (I hate you)” is out now on all streaming platforms.