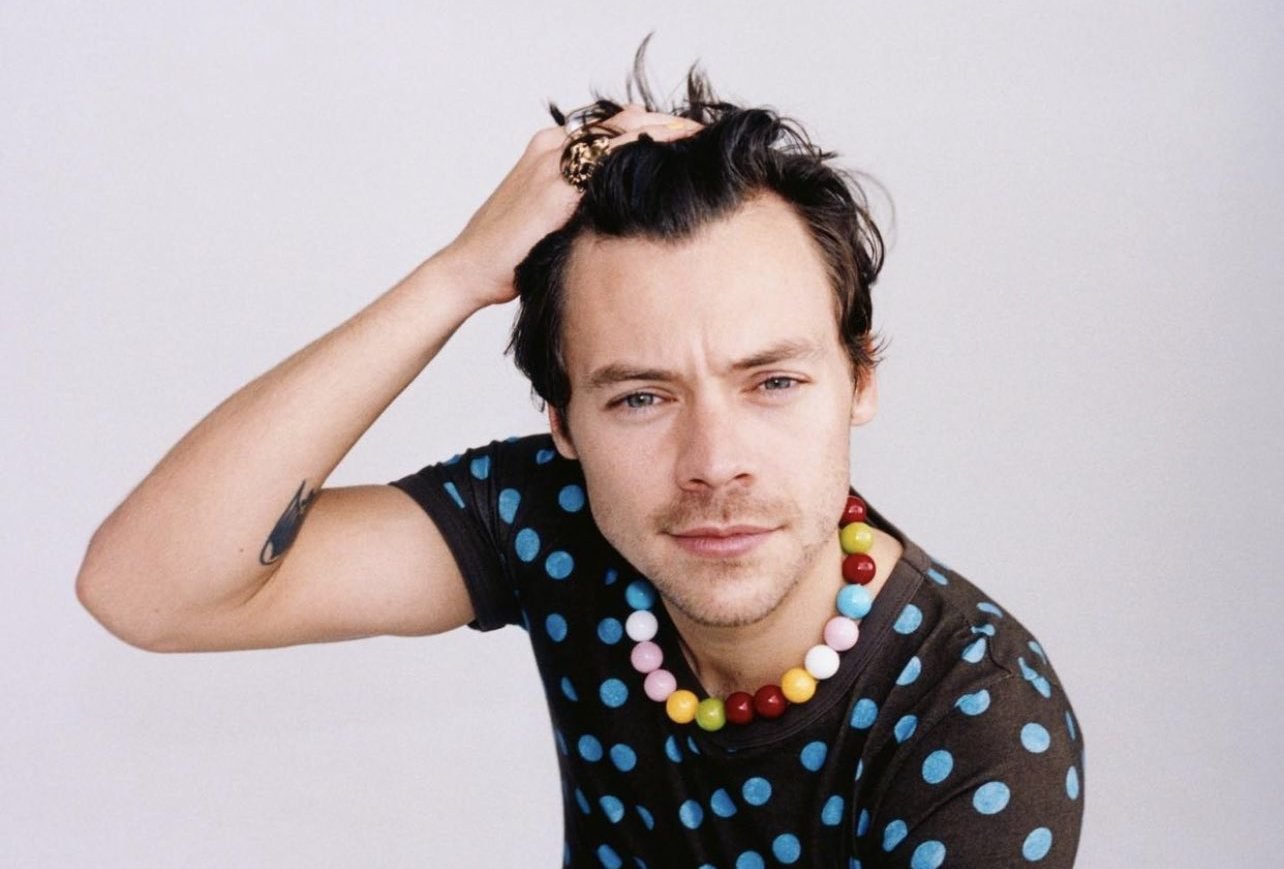 In his third studio album, Harry Styles welcomes listeners home with open arms and an open heart. Written in the midst of the COVID-19 pandemic, Harry’s House is a cathartic exploration of his most intimate emotions and experiences. Like his previous album Fine Line, Styles’s third album demonstrates that he’s not afraid to be open and honest in his lyrics. However, this album is one of his most experimental yet, demonstrating incredible musical and vocal prowess throughout. With a glorious mix of synths, horns, dreamy vocals, and harmonies, Styles guides listeners through a range of experiences that are sensual, joyful, heartbreaking, and everything in between.

The album kicks off with the playful and flirty tune “Music For a Sushi Restaurant.” The song includes lyrics like, “You’re sweet ice cream, but you could use a flake or two / Blue bubblegum twisted ’round your tongue” to describe a deep hunger for his muse, reminiscent of Grammy-winning “Watermelon Sugar” from his previous album. The lyrics, paired with groovy instrumentals and vocals, are a bold demonstration of Styles’s expansive artistry throughout the whole album.

In his recent interview with Better Homes and Gardens, Styles discussed listening to classical music in order to start with a “a blank canvas.” This resulted in a sound that’s uniquely his, that’s  especially explored in the love songs on the album. “Late Night Talking,” which Styles debuted at Coachella, depicts the excitement of blossoming love. Lyrics like, “I‘ve never been a fan of change / But I’d follow you to any place” and “I just wanna make you happier, baby” are reminiscent of the euphoric love Styles sang about on previous albums. “Daydreaming” is a bright song that depicts him as a hopeless romantic, consumed by thoughts of his lover even when they’re apart. The song is musically light and airy and features romantic lyrics like “Give me all of your love, give me something to dream about.”

One of the most prominent qualities of Styles’s love songs is the all-consuming love that’s coupled with a layer of yearning and quiet insecurity. This quality is especially distinctive in the song “Daylight,” where he croons about his desire to be around his lover, “cursing the daylight” for keeping them apart. Styles’s longing continues in the dreamy song “Satellite,” one of the most sonically different on the album. Styles describes himself as a satellite orbiting around his lover. But no matter how long he waits, they never seem to pull him in. He gently sings, “I can see you’re lonely down there / Don’t you know that I am right here.”

No Styles album would be complete without a sad bop like “As It Was,” the first single from the album. While the song is musically upbeat and fun, the lyrics are a reminder that while you look back at memories of the past fondly, you can’t go back, no matter how much you want to. In an interview with Zane Lowe, Styles said, “’As It Was,’ to me, is bittersweet. It’s really devastating, and it was very much written that way.”

With an album inspired by home, Styles unsurprisingly takes the opportunity to lean into nostalgia with songs like “Grapejuice,” “Little Freak,” and “Keep Driving.” Each of the songs is musically different, but the lyrics talk about Styles reflecting on his past love and the impact on his life. His gentle vocals and the tranquil harmonies invoke sentimental warmth and the feeling of flipping through polaroids with an old friend.

During the pandemic, Styles used the first part of lockdown to focus on “being a better friend, son, [and] brother,” he told Better Homes & Gardens. He said he wanted to be more present in the lives of those that he cares about most, and that growth is reflected in the song “Matilda.” The song is a stunning ballad that presents Styles as a person willing to have the tough conversations. Lyrics like, “Matilda you talk of the pain like it’s all alright / but I know that you feel like a piece of you is dead inside,” are some of the most poignant and comforting on the album, reflecting Styles’s character. Here, he feels like a guardian angel that helps listeners recognize and acknowledge their trauma, gently reminding them that it doesn’t define them. Styles told Lowe, “‘I wanna give you something. I want to support you in some way,’ but it’s not necessarily my place to make it about me because it’s not my experience and sometimes it’s just about listening. I hope that’s what it did and, if nothing else, that it just says, ‘I was listening to you.'”

The album comes to a close with moments of deep introspection. Of “Boyfriends,” Styles said the song “is both acknowledging my own behavior [and] looking at the behavior I’ve witnessed. …I grew up with a sister. So, it’s like watching her date people, and people don’t treat each other very nicely sometimes.” The song itself, like a toxic cycle, is in a constant loop, beginning with the lyrics “you’re back at it again” reversed, and ends with those very lyrics.

The final song of the album, “Love of My Life,” is an acknowledgment of a love that he once had but lost. He aches to go back and makes the sad realization that “maybe you don’t know it’s lost till you find it.” The haunting harmonies and the bittersweet instrumentals are the perfect closer to the album.

Overall, Harry’s House is a triumphant album that solidifies his place as one of the most creative artists in music today. The album presents Styles as a musical chameleon that can seamlessly adapt to a variety of genres. While he may pursue other creative opportunities throughout his career, it’s clear that Harry Styles is a musician above all else, and that passion will never fade.