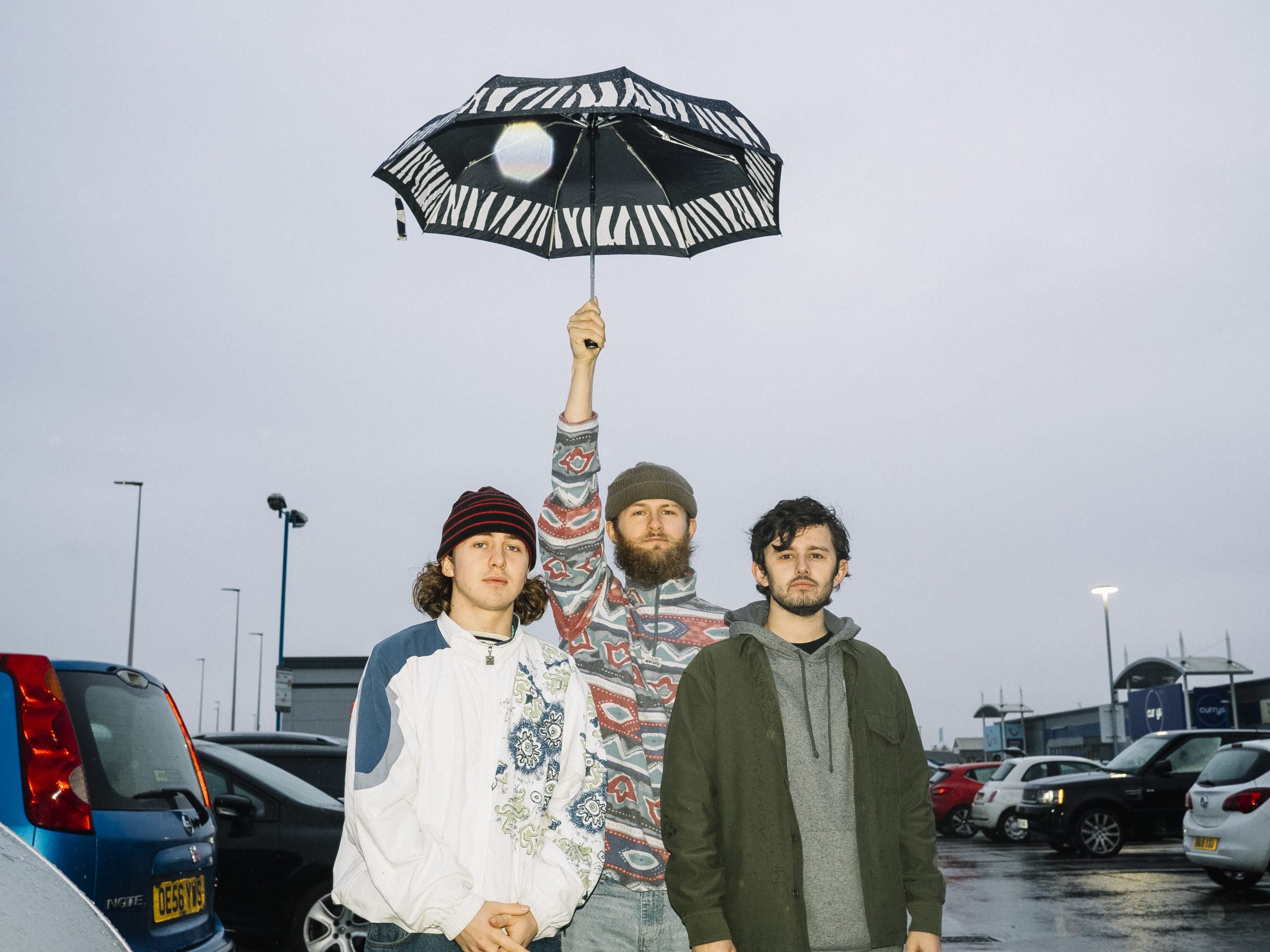 Rooskin are here to make every day feel like summer. Hailing from Southend, Essex, the five-piece outfit specialize in creating psychedelic-tinged music that momentarily transports you out of the mundaneness of reality into a dream-like state of mind. They radiate all of the summertime joie de vivre, which audibly translates across their entire discography. Listen to any Rooskin song and you’ll hear warm synths, dripping with hazy tones for a sound that is as dreamy as it is a reflection of their passion for music.

Built on the foundation of psych-pop, the group’s latest single “She Never Says Goodbye” simultaneously conjures up the same optimism and warmth of indie surf music. Rooskin chronicles the sentimentalities of a relationship encased with a saccharine soundscape woven with nostalgic, flowing melodies.

With a handful of singles under their belt and a forthcoming sophomore EP, the band are on a mission to tap further into their own unique realm of music. In conversation with EUPHORIA., Rooskin discussed the inspirations behind their trademark sound, their collective message as a band, future ambitions, and more.

Firstly, congratulations on the release of “She Never Says Goodbye.” Tell me about your motivation for what you’re doing with your new single.

Rob: Thank you! We really feel we’ve nailed the sound we’ve been working on since the start of the band. We spent some time meandering between indie-rock and folky-country at the very start but now we’re confident we’ve chiseled out the perfect east-coast-psych-pop sound.

Since your formation, you have always seemed to be a tight-knit group. How does this bond help with the songwriting process?

Buddy: Here at Rooskin, we are strictly anarchist (apart from Matt Wallace) and so don’t believe in bonds. The songwriting process is always evenly split between all the members. We decide on an arbitrary Spotify friendly length of time and then divide that number by five, pulling names out of a hat to decide who writes the first 30 seconds, the next 30 seconds, etc. It makes for an interesting blend of ideas, sounds, and visions!

Your latest single has elements of surf-pop, psychedelia, and soft rock. Where do these influences come from specifically?

Rob: Rooskin is definitely a big melting pot of influences, which is where I think it gets its charm. With the writing, I feel I bring the pop/soft rock element and Pete adds a massive blanket of psychedelia. In between those two points, there are many other flavors and spices sewn in from all of us.

Your taste in music ranges from Tame Impala to Mac Demarco to War on Drugs. Are there any artists in particular that you were listening to while writing “She Never Says Goodbye?”

Rob: Honestly, a big sonic influence for this tune came from quite close to home. Nature TV are a band we’ve all been enchanted by and we’ve even been lucky enough to support a couple of times ‚ I think they’re definitely reflected in the mix!

Your 2020 debut EP Honey Spells tackled heartbreak and nostalgia through upbeat soundscapes. With a second EP on the horizon, is there anything that you tap into more, sonically or lyrically?

Rob: I think the second EP follows similar concepts, exploring the randomness of opportunities and experiences in life — except perhaps in more of positive light. Honey Spells was an EP about going through spells of bad and good whereas the second EP will tackle the idea of being grateful for the good and embracing the bad.

What do you want people to think and feel when they listen to Rooskin?

Felix: When you listen to Rooskin, you should get a nostalgic, euphoric feeling that comes from not only the warm and buttery sounds but the lyrics delivered beautifully by our leads Rob and Matt. There’s a sense of being carefree and enjoying what you got, reminiscing on the past and looking ahead to the future with excitement and slight fear. When we perform together we are having fun and expressing ourselves, and if people can relate and feel that same way even a little then our message as a band and as people is being conveyed. It’s our combination of groove in the rhythm section, light and dancey synths and keys, grungy guitars and soft vocals which makes the summery, happy sound that is Rooskin.

What’s the most important thing you’d want someone new to your music to know about you? What can we expect from you next?

Rob: I think we’d want people to know we’ve got a back catalog of sweet tunes that’ll lyrically comfort you when you’re going through it and sonically boost you when you’re living it up! Next up is our second EP and whatever the wind brings in!