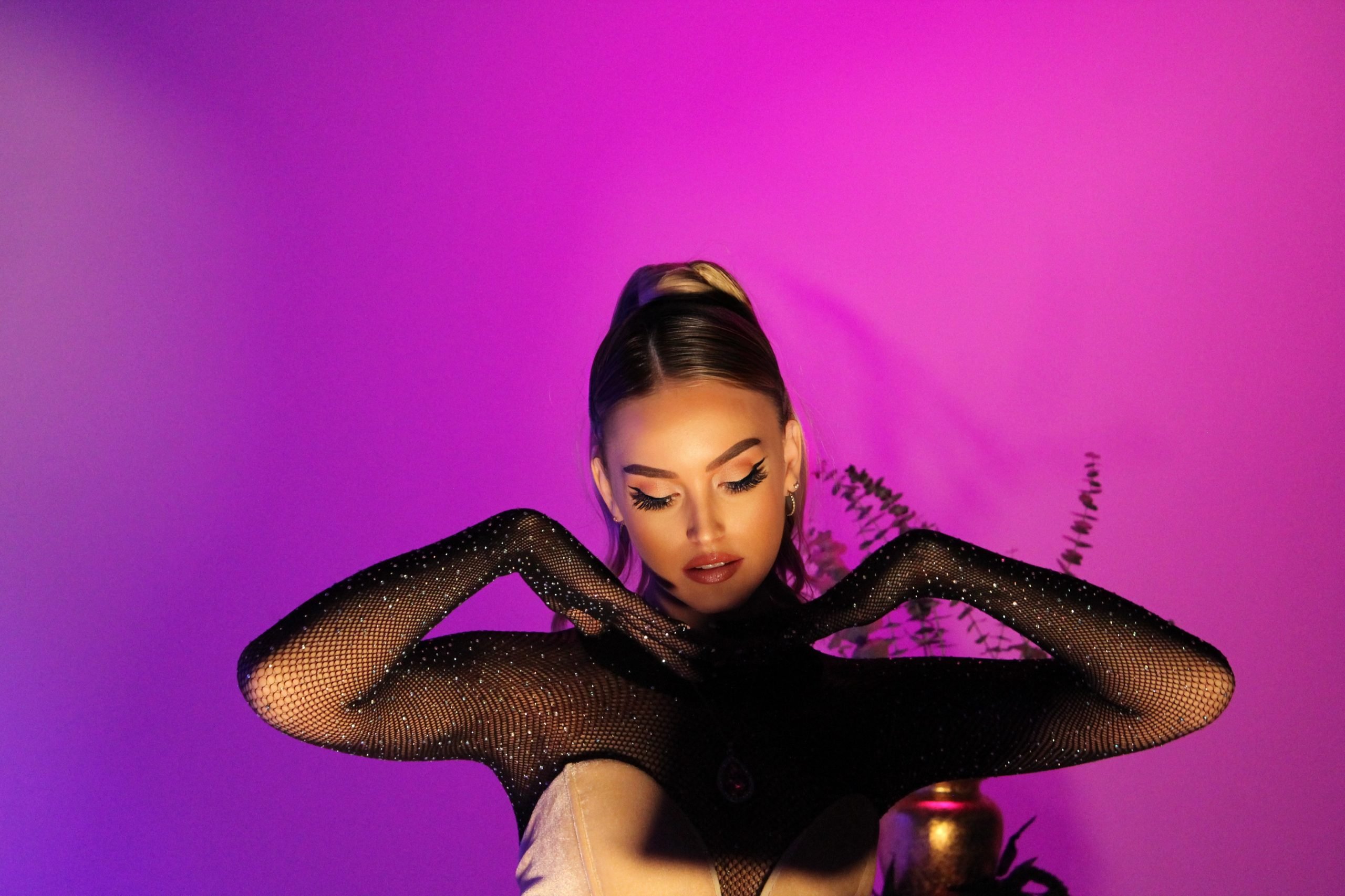 Blair Woods is itching to be the next big pop star and as she rightfully should be. The singer/songwriter hails from Northwest Florida and moved to Los Angeles in 2018 to live out her big dreams. She dons the nickname “the next Ariana Grande” and her music definitely gives off those vibes. EUPHORIA. caught up with Woods to chat all about her career beginnings, her new single, and much more.

Can you take us back to the moment you wanted to be a singer? Who inspired you the most when you were younger?

There were a couple definitive moments in my life when I was younger and was like “yeah this is it.” One of them definitely was Britney Spears, just in general. As she enraptured the rest of the world, she definitely got me too. I liked the idea of being a pop star and she just really had that It girl factor. As I got older, I was really into Hannah Montana but that also made me realize that it would be fun to live a pop star life, especially a double life. I think that would be really fun. Those were the both of my moments where I was like “absolutely, this is it.”

It kind of depends on the day and how I’m feeling and what’s inspired me. Sometimes my writing sessions are in the middle of the night when I wake up and I’m like, “Oh my god, I have a medley. I have to record it, write it down before I forget it,” and the next day I’d go into a session and kind of do it on my own or if I’m working with one of my producers or friends, we just shout out ideas and we make things work.

What inspires your music?

A lot of times everyday things. Sometimes, I like to write from the perspective of others — in a creative writing type of aspect. I really enjoy storytelling songs. I think that’s a lot of fun because you get to really narrate how you want to.

Your recent track “Alone in This Room” released in April. It kicks off with an intro, which leads to the song itself. What’s the backstory behind the song and what inspired you to open with that intro?

I was in the studio and I wanted to write a sexy song. We’ve written cute little bops. I want to try my hand at a sexy, almost R&B song. It’s not quite R&B, still definitely pop. I wanted to try something a little new and we worked around “Alone in This Room.” As Nick was finishing up the mixing on that song. I have another friend Deshi, who produced the intro, who at the time we were talking about Lauren Jauregui’s new project Colors and I loved how she opened with an intro, and I was like, “I want to do that!” I asked Deshi, can you make an intro that matches “Alone in This Room,” and so I sent him the unreleased track and he went in and said “I have this intro” and he sent it to me and I was like that’s it!

I think number one, always read your contracts and maybe even follow it up!  To not be afraid of not creating.  To not be afraid to put everything out there because why not? The worst that could happen is that someone is not going to like it and bo0-hoo because someone else is gonna like it!

Who are your favorite artists out there at the moment? Who would be your dream collaboration?

Ariana Grande obviously and Ariana Grande for my dream collaboration! Either her or Mariah Carey because that’s endgame. Those women are the blueprint. Other artists that I love and would like to collaborate with are Sabrina Carpenter, Madison Beer, Harry Styles, Olivia Rodrigo, Taylor Swift, and Selena Gomez!

If you had the opportunity to open for any artist on tour, who would it be?

I would love to open for Lauren Jauregui, and I feel like she would be a fun time to tour with! One of my friends introduced me to her music. Jauregui’s music speaks to me more and I also feel like she’s more down-to-earth. I feel like she’s the most approachable out of all the former Fifth Harmony members, like a best friend or a sister.

You have a couple live shows coming up! What can people expect from them?

I’m doing some different things and I’m very excited about that. I have an acoustic performance June 5, so it’s going to be a little different than my normal performances because I normally perform with tracks. I’m very excited to have someone accompany me and for it to be raw. I love singing with acoustic because my voice really shines. You can really hear my range and tone and it’s really appreciated when people can hear that.

What’s next for you?

Well, I’m working on a project right now. I can’t decide if I want it to be an EP or an LP because I have way too many songs written and finished that I’m just waiting to pick through and record. I really want to start collaborating with more artists around me. TikTok has been connecting me with a lot of amazing artists. I want to do a lot more collaborations, this year and next year. I want this project to be one of my best projects and almost like a debut project because my others were more like singles to get me started and now that I kinda know what I’m doing and know where I wanna go…I want an official product and be like, “This is Blair Woods. This is who she is. This is what she sounds like. Hi nice to meet you!”