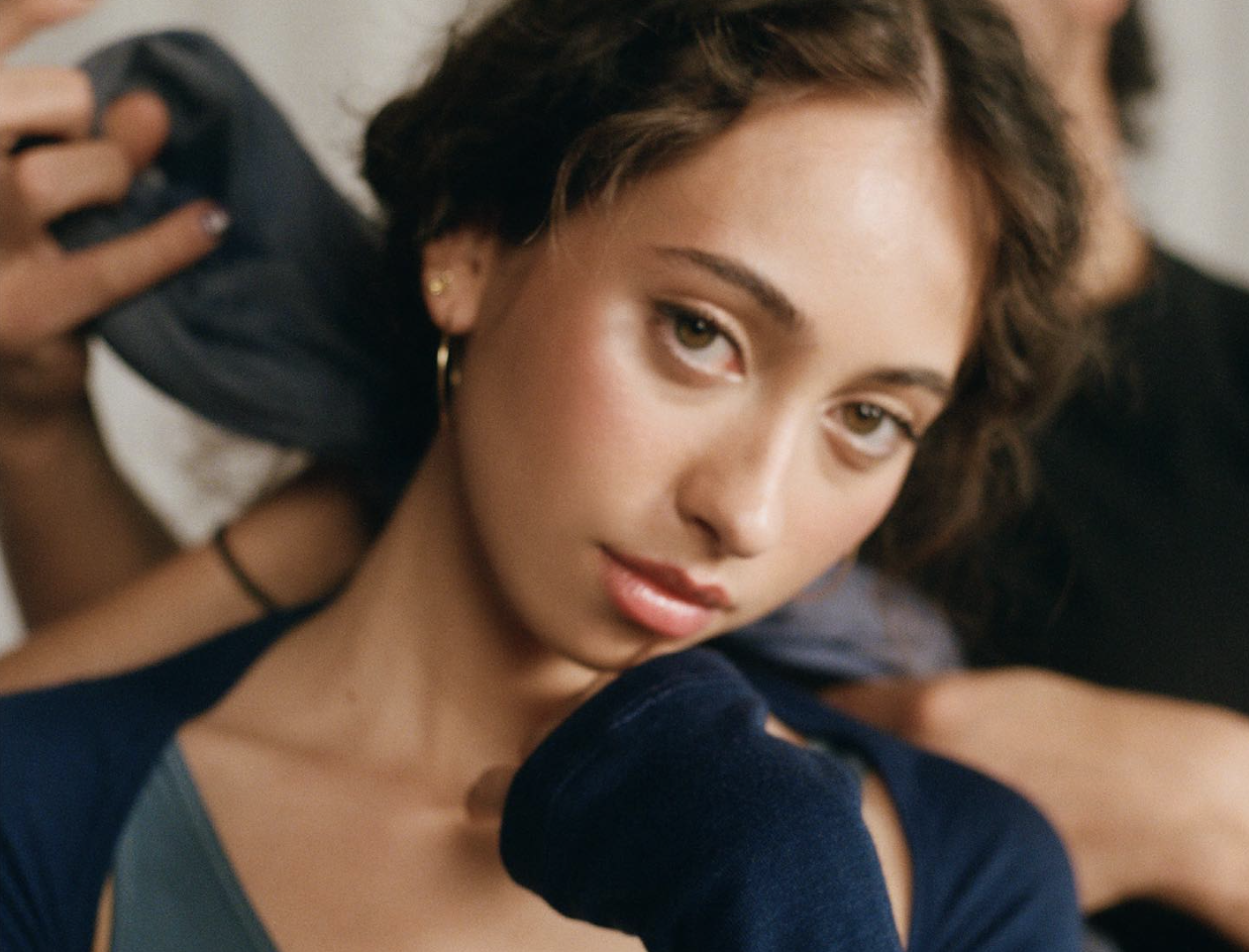 Panamanian singer/songwriter Sofía Valdés’s In Bloom has landed just in time to be included in your summer playlist.

With a legendary musical lineage including her great-grandfather Cuban musician Miguelito Valdés and her great-grandmother Silvia De Grasse, a Panamanian singer notable for her performance with Louis Armstrong, an 8-year-old Valdes was destined to begin her musical journey. Throughout her time spent at the Interlochen Arts Academy in Michigan and the Paul McCartney-founded Liverpool Institute of Performing Arts, Valdés intertwined her experiences in both countries into her debut EP, Ventura.

Released in February 2021, the emotionally driven EP is filled with heartbreak and failed romance, while her dreamy voice carries comfort to the listener. As the singer-songwriter reflected on her growth between both projects, we laughed about the numerous playlists that were created with music from her discography, including a playlist titled “sad boi hours.” This comedic conversation led to the reminder that artists can see playlists that include their music — and they’re humored by it.

Throughout the hurdles that Valdés has faced as a non-native English speaker, she credited her troubles to have influenced Ventura and her self-growth as a songwriter that led to her signing with Warner Records. While we chatted over Zoom, Valdés concluded that she hopes listeners are transported into her dreamy atmosphere of pop while streaming In Bloom.

Ahead of its release, I spoke to the 21-year-old to discuss In Bloom, how her experiences as an international student influenced Ventura, and her two latest singles.

Hi Sofía! What music have you been listening to lately?

I’m in a moment in my life that whenever I listen to music, I can get extremely anxious, because it’s my job as well. So I have not been listening to anything. But if I do listen to something, it’s probably like Fiona Apple or Feist or Kate Bush. I like Brazilian music.

Do you see your love for Brazilian music reflected in your musical style at all?

In the first EP, I think so. It’s like a very subtle influence that’s in all my songs. I think in Brazilian music, there’s this element of melancholy in the patterns, and that’s something that I’ve definitely taken from and learned a lot from putting them in my music.

Could you tell me more about your musical journey, including the musical excellence in your family?

I was born and raised in Panama. I listened to ’90s pop and a lot of Stevie Nicks, and my dad was obsessed with The Beatles. So I grew up listening to [them] a lot and a lot of Cuban music. My family has a history with music. My great grandfather was this Cuban musician and my great grandmother was a folk Panamanian singer-songwriter. So I think music and my family was always something that was so respected, which I feel like it made my parents take me seriously from the beginning. But at the same time, like, they wouldn’t be pushing me for anything. They would just be like, “Oh, you want to do music? Cool.” But the thing is, in Latin America, that’s not a very common thing. It’s not common for parents to be OK with a kid just doing the arts.

How was your time spent in Michigan and Liverpool?

I moved to Northern Michigan when I was 15-16, since I decided that I wanted to pursue music. At that boarding school, I learned how to speak English. I already knew how to write a song, but there was so much structure, and it was a performing art school. So the Interlochen Arts Academy was a very fun and eye-opening experience. From there, I moved to Liverpool. I had gotten lucky that I had gotten a really good scholarship to go to the first school, and for the [Liverpool Institute of Performing Arts], it was just too expensive to stay in the US. I was very sad when I was living in England. But I think because I was alone so much, it gave me so much time to just be in my head and create so much.

With this time spent alone, were you able to place these experiences into your past EPs?

When I started writing [my first EP], a lot of how I speak mainly comes from me longing for someone else or feeling alone, rejected, and abandoned from this victim mentality. The second EP changes into me not being a victim and being angry. It’s so interesting to watch that and to listen to it, because it’s actually how my life has been. I’m very comfortable with being by myself now. I really appreciate that time of me being by myself and being alone and dealing with my own emotions and having good friends and not seeking only romantic relationships.

Do you have a specific songwriting process?

I try to not listen to any music while I’m writing. I really feel like I’m at my best when I’m in really small spaces, and that’s when I feel like I can be myself. Whenever I have this spot in my house, it’s like a little loft, and it’s this little tiny nest. I love just going there, and I feel like I can write because no one is looking at me. Space is very important to me.

As a Panamanian, have you had any bumps in the road while intertwining your culture into your music?

As a Latin girl, it’s interesting how much people expect you to be one thing, and if you’re something else, they don’t know how to package it, because you’re Latin but you’re not doing Latin music.

Congrats on the release of “Carbon Copy” and “I Hate the Beatles”! What inspired these singles?

It was fun. I’m so happy. I feel like those two singles that came out, “I Hate the Beatles” and “Carbon Copy,” were probably my favorite songs for a long time that I’ve written just because they’re so dramatic. “Carbon Copy” is about someone who is no longer in a relationship, and they see the person that they were with with someone else that is literally identical to you but they don’t want you.

Besides the singles, what else are you looking forward to the most about your new EP?

I’m just excited that it’s already done, you know? I’m just happy to keep making music, because I’m already working on the third EP and I’m happy that I get to create.

How would you describe your personal growth between your previous EPs and why In Bloom is special?

How I feel about myself, my life, and what I want has definitely changed over time, and it’s crazy to listen to it [throughout the EPs]. Seeing how I felt when I was 19, I remember what it felt like when I was writing the songs, and I remember exactly what I was thinking. For my next EP, my growth as a songwriter is really about how many risks I want to take. I think I’m really trying really hard to find myself in music. I’m excited to explore my sound, and I’m excited to embarrassingly be myself.