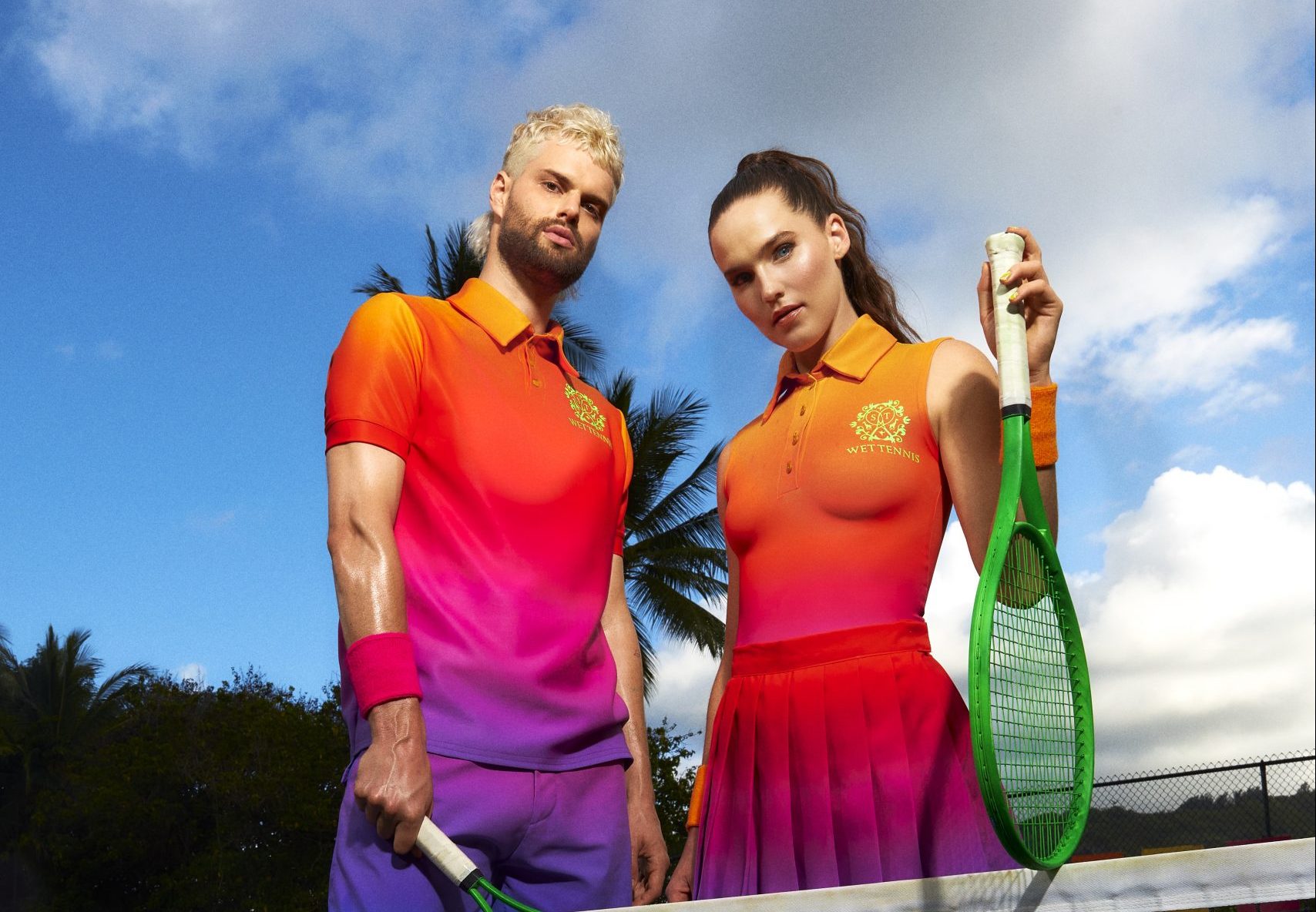 If there is one thing Sofi Tukker wants you to do, it’s to always have a good time.

Four years following their 2018 debut album, Treehouse, the Grammy-nominated genre-defying duo return more vibrant than ever with their sophomore record, Wet Tennis — an acronym for When Everyone Tries to Evolve, Nothing Negative Is Safe. Whether you’re into parties on the beach, watching the sunrise, late-night festivities, or songs that make you feel nostalgic, this 12-track project will cater to at least one of those moods. Heavily impacted by the pandemic, Sofi Tukker has spent the most part of three years completing this album for us to enjoy. And judging by the reception it’s received, it’s been well worth the wait.

During a Q&A interview with EUPHORIA., Sofi Tukker delve into their creative process, their upcoming tour, and their personal favorite from the new record.

You guys have been open about how quarantine heavily impacted the new album. How different do you think the record would have been if the pandemic didn’t happen?

It’s impossible to imagine this record without quarantine, it was such a major part of the process. The record ended up feeling like a manifestation, a dream of a world we were craving living in.

“Sun Came Up” is a personal favorite of mine — how did that song come about? It seems to have a very European vibe to it.

We wrote it while we were livestreaming every day, and it felt like exactly the kind of track we’d play during one of our sets. We were also just dreaming about being at a party, dancing with our friends till the sun came up.

“Original Sin” is one of your most popular tracks right now. What was the inspiration behind it?

During quarantine, we realized that everyone wasn’t exactly poised to be their best self. There was so much uncertainty, anxiety, and bad news circulating in the world, that people — us included — were bound to take it out on the people they were quarantining with, often the people they love the most. We wanted to write a song to just say, hey, it’s OK. We’re living through a hard time, it’s OK if we make mistakes.

Very soon you will be embarking on a huge world tour. How do you go about preparing for your live shows? And were you getting ideas while doing your live streams during the pandemic?

We have put so much thought and love into this new live show for the Wet Tennis World Tour. We definitely got inspiration from the live streams in that they felt so personal and we felt so connected to the people watching and joining us every day. We want to bring that same familial and interactive vibe but to an in person experience, so we’ve been designing it with that in mind. There will be lot’s of games and crowd interaction.

Along with a tour, you will also be doing a mini-residency in Las Vegas. Are residencies something you hope to do regularly?

With some songs being in English and others in Portuguese, is there a certain process you go through before knowing what language you’re going to write in?

What was the most challenging song to create on the album?

“Wet Tennis.” The first demo of it came really quickly but then actually nailing the instrumentation and production took us a while. It kept sounding too clean and tame. Eventually we figured it out, once we went to Miami and recorded a bunch of awesome Latin musicians. It gave it this feel of a party, there’s people laughing and talking in the background, there’s many different trumpet players, there’s an imperfection now that makes the song really come alive and feel right.

What are your personal favorites from the album?

We love “Summer in New York” the most right now in part because it was the impetus for us to move back to New York. We wrote the song and then thought … wait a minute, we could be living this. So we bought a place in New York in time for the summer!

What are you hoping listeners will take away from the record once they’ve listened to it?

We hope people feel optimistic … and wet. We hope it makes people feel themselves and get excited about what a wonderful world we live in.

You’ve been nominated for two Grammy Awards previously. Are you hoping this album will earn you your first golden trophy? Is that a goal of yours?

It’s never the goal, but it’s always fun! We wouldn’t write an album with that in mind but yes of course, it would be very tight to win a Grammy!

You have produced many remixes for a number of high-profile stars. Is there one that stands out as a favorite?

The Nina Simone remix we recently did has been a standout at our DJ sets lately. That piano part at the beginning of “Sinnerman” is so iconic, we often just loop it for a while and people go nuts.

What musician would be a dream to work with next?

What is a goal you guys are set on achieving by the end of 2022?

To enjoy life as much as we are now! To continue to feel excited and energized and inspired and constantly be creating.