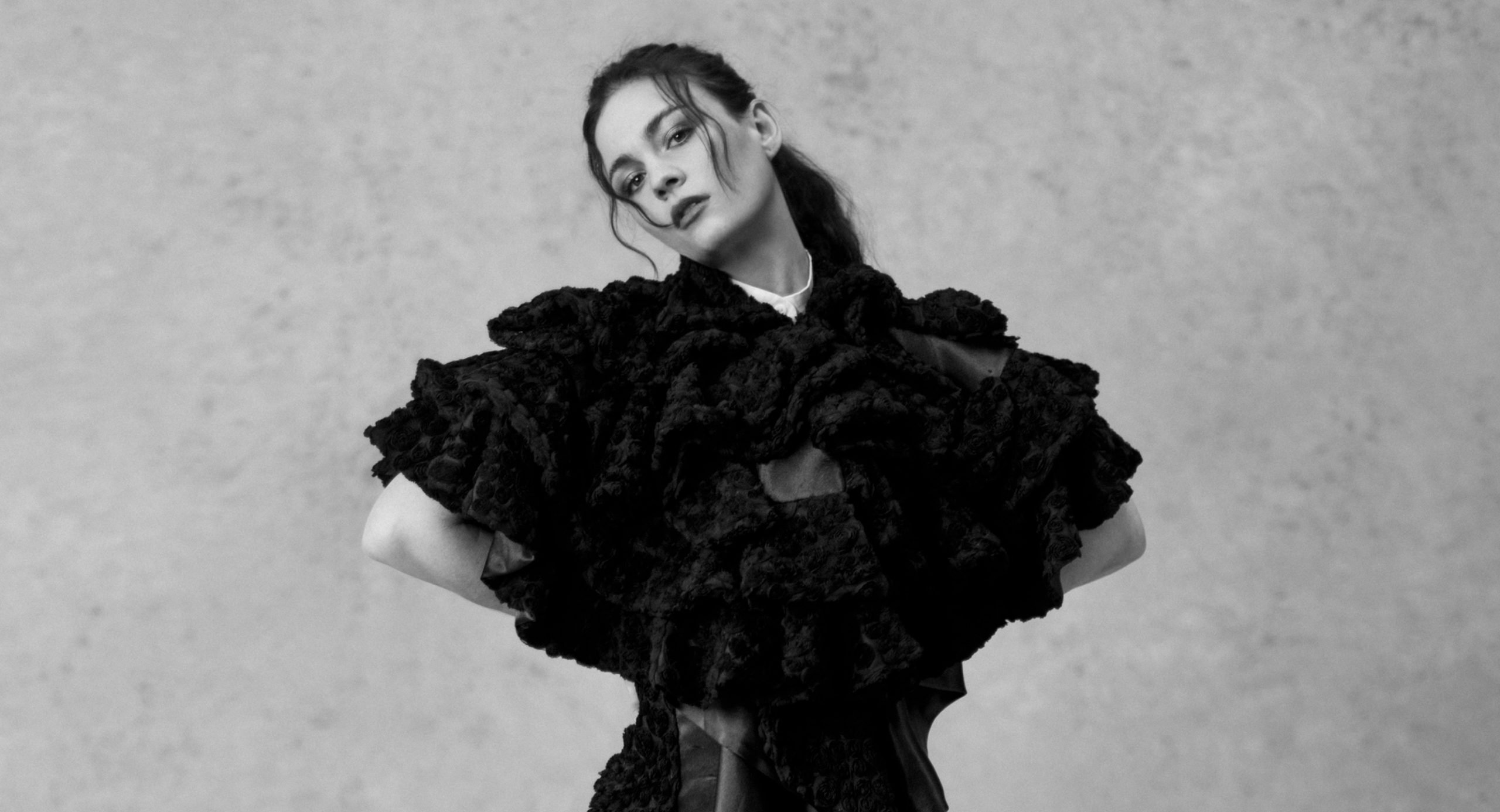 In the streaming landscape, it can be hard for a TV show or movie to stand out. For Starz’s Outlander, finding a second home on Netflix gave the already-beloved show a whole new audience. The TV adaptation of Diana Gabaldon’s book series, which debuted on Starz in 2014, reached season six this year. Part of what makes this show about time travel, love, betrayal, and everything in between such a hit is the hard work of its cast, including British actress Sophie Skelton.

Skelton plays Brianna, the bright-minded and mechanical engineer daughter of Claire Fraser, played by Caitriona Balfe. Her performance has been noteworthy throughout Outlander’s run, despite not joining the cast until season two. Brianna ended up  missing in action for a brief moment in season five but came back for the current season. Back on set and screen after a hiatus due to the pandemic, Skelton has embraced returning to the series with excitement. 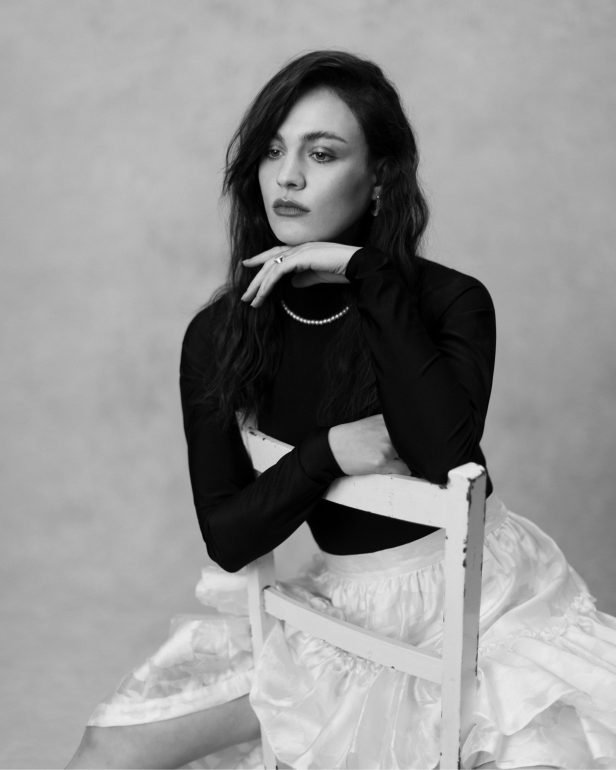 The series follows the life of WWII military nurse Claire Fraser, who transports back to the mid-1700s and has her life turned upside down. With the Jacobite rising ahead and the complications of falling in love with a 1700s Scottish man, Claire’s trials and tribulations while dealing with the concept of time travel are on display in the first six seasons of Outlander. While the sixth season, which premiered on March 6 and just aired its finale, is an abbreviated eight episodes, there’s no shortage of twists and turns.

This season contains elements of the sixth book in the Outlander franchise; however, it has its own merit for book-deviated twists and turns. The Frasers attempt to settle down in their new home at Fraser’s Ridge. With a time of change coming in America, they find it harder than anticipated. Their home becomes endangered once external forces and the tension in the community increase.

Skelton’s character being absent from the series didn’t deter the show’s creators from giving her an impactful storyline upon her return, though. Continuing her storyline pre-hiatus, a moment shared between Brianna and her mother in the premiere episode is a notable one. This is in part due to its nuanced approach to sexual trauma. Speaking of the scene, Skelton tells EUPHORIA., “[What I love about] that scene is reminding the audience that we haven’t forgotten that trauma never really goes away. I think we get to see Brianna deal with it in a different way. That trauma is still in there … but I think she’s a really good beacon of hope for people who’ve been through it that life goes on and you will be OK.” 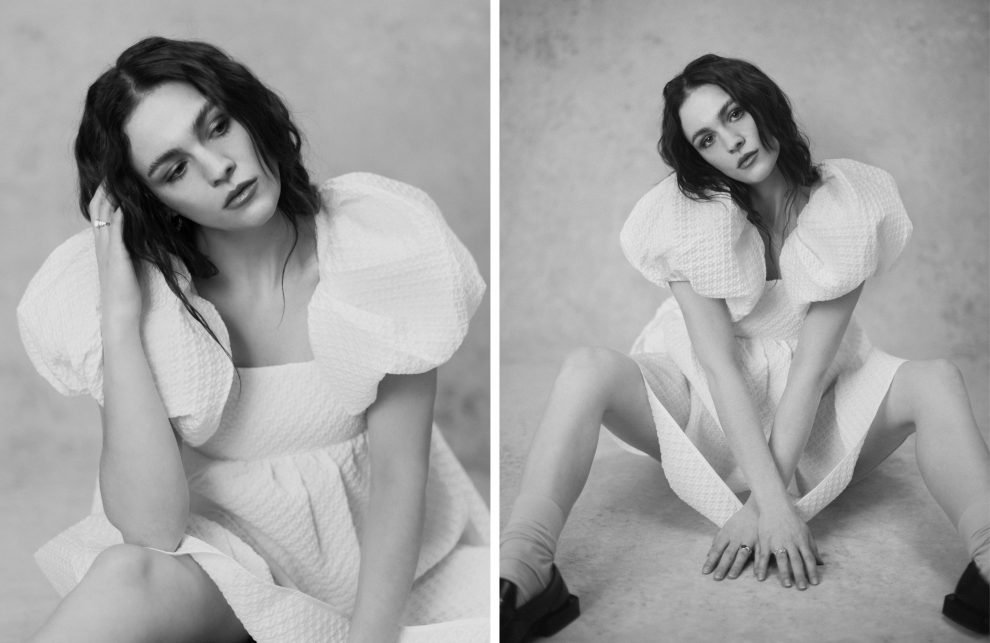 Skelton doesn’t shy away from acknowledging the show’s depiction of darker subjects. In fact, she says that she and her costars fight to have these darker subjects approached with meaning rather than shock value. The significance of Claire and Brianna’s moment in the premiere lies in its expression of a mutual support system for both characters to cope with their own, yet similar, traumas. Skelton explains, “You don’t have to push people to speak … you want to help, you want to be active, and sometimes it doesn’t mean you don’t care if you sit back and let them do their thing as long as you remind them you’re there if they need you.”

Even though the season is shorter, there is still plenty of room for impactful and fulfilling storytelling. “There’s definitely twists, there’s definitely turmoil,” Skelton assures. She also jokes that Outlander doesn’t let viewers be content with its characters for too long. Lovers of the book series may find comfort in believing they know what’s coming; however, this isn’t the case. Skelton reveals that the show’s writers take more liberties in their vision while still collaborating with Gabaldon. “None of the fans know what’s coming,” she teases. “Even if you’ve read the books, you’re on the same playing field as the people who haven’t, because no one knows what is coming.” 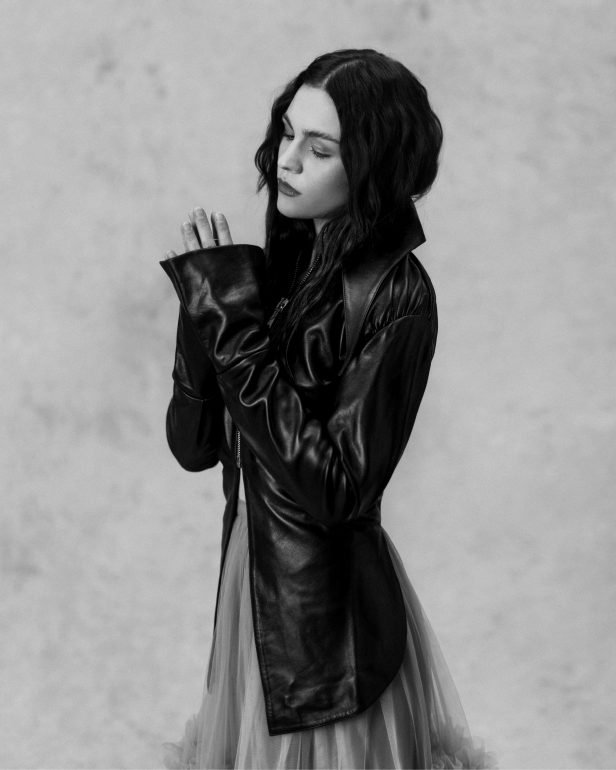 Skelton herself has made the decision not to read too far into the series, expressing that the knowledge gets a “little messy” if she’s trying to recall what happened in the book or how Brianna acted or spoke in each scene. Along with the book deviations, the scripts are also ever-changing; one episode could go through five drafts before being finalized, she says. She does want to finish the book series once the television show is through, but in the meantime, she says, “You never want your knowledge [of the book] to subconsciously seep into the character.”

Discussing her successes in her acting career thus far, she shares the story about her audition process for Outlander, saying she actually thought that she hadn’t landed the role. “There’s not many characters that I feel protective over,” she explains. “I felt really protective over Brianna and I really wanted to play her. I auditioned; I didn’t hear anything, and for a year I thought I hadn’t got the role. I was gutted actually.” When she was sure that she didn’t land the part, Skelton got the call that the role was hers. Her character had been excluded from the first season, finally making an appearance in the show’s second season.

Starting her career in the arts as a dancer, Skelton shifted from ballet to modern tap and hip-hop while taking a shot at singing. This led her to a career on the stage, where she realized TV and film were where she belonged. “[I] love the discretion of TV and film,” she shares. “I love that it’s all in the eyes. Instead of trying to project things and make things bigger for an audience, [TV and film] always felt more real to me. I was always really moved by movies; my family was really into movies.” She describes cinema as her “happy place” and started her onscreen journey as a teen. “When I was 14 years old, I got started by an agent from a stage play I’d done,” she says. “Then I sort of explored it to see how screen went.” 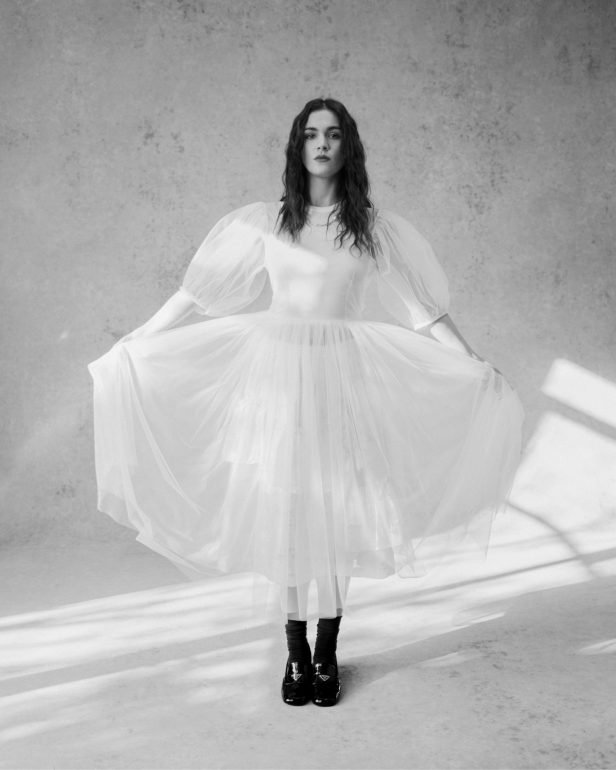 Her acting journey eventually led her to Outlander. Skelton’s character, Brianna, had been missing from recent episodes due to quarantine protocols and travel restrictions, leading to Skelton spending most of her time at home. When she was able to return to the beloved series, she was thrilled to be back at work. “I just felt so lucky to be able to be at work … to be filming in Scotland,” she explains. “Whereas other seasons, you know, we complain when it’s freezing and it’s snowing, being on your feet all day … I think we all just had this newfound appreciation.”

Beyond her role in Outlander, Skelton has more projects to come. She definitely has her sights set on the upcoming seventh season of Outlander, though much of it is still up in the air. She explains that it will largely be a continuation of season six, since production was so stilted because of COVID. Beyond that, she explains that a majority of her ventures outside of the TV series largely rely on the state of the pandemic and schedule shifts. She’s slated to star in an upcoming film with Diane Keaton on the bill, which will bring her that much closer to becoming a household name in the industry. 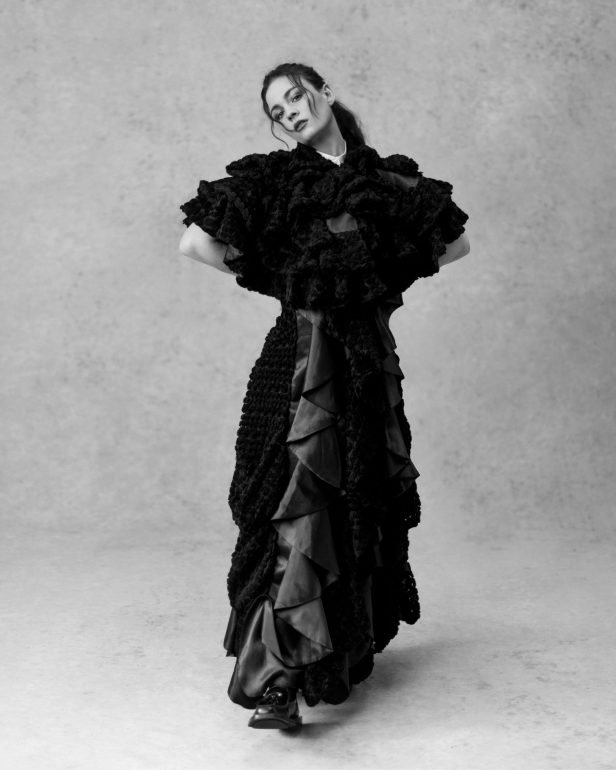 Even with her career’s ups and downs, Skelton has made it work. Her main contribution to her success is her determination. While acting is a competitive field, she believes that perseverance is key. “Don’t take no for an answer,” she says. “Work hard. I was very focused. I wouldn’t go out late if I had an audition. I wouldn’t do anything by half measures.” Skelton even went as far as getting the Outlander books ordered to her local bookstore to prepare for her audition. Her mantra is, “If you want it, go get it, but you have to put the work in.” Reflecting back on her audition process for Outlander, she advises, “You can feel dejected, just don’t let it overtake you. You’ve just gotta keep powering through.”