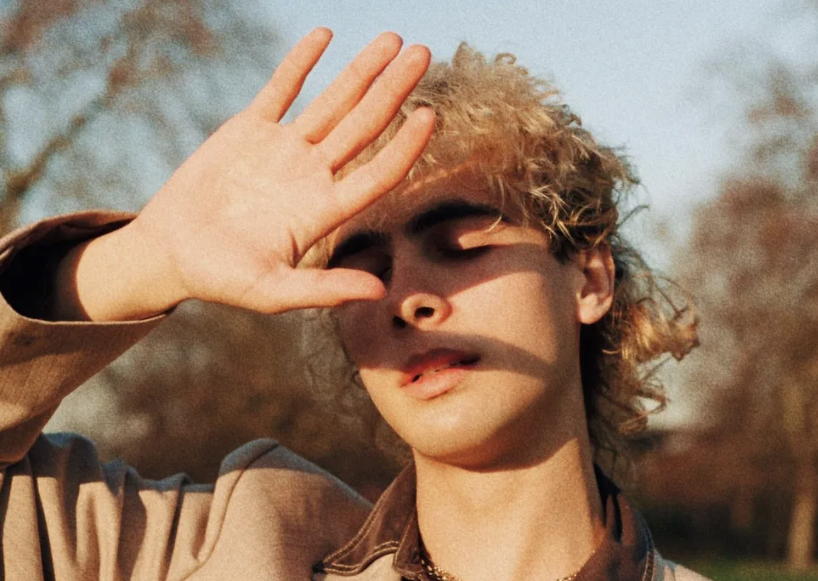 “You said you’re good, in the clear / Never wanted something real / Far too young at 20 years / No driver at the wheel” — the first line of the heartbreaking chorus of Brighton, UK-based Matt Taylor’s new gut-wrenching single “April 13th.” Written as a recollection of a single moment that pretty much recounts the whole vibe of an entire relationship, the self-described “melodramatic” track is certainly beyond relatable. Catching the listener from the very beginning in a verse that almost takes the form of a diary entry, the young singer, songwriter, and producer puts words to the universal feeling of being unappreciated and belittled in a romantic situationship.

It is almost unquestionable that some of us have found ourselves in similar circumstances as Taylor. Young and in love, almost blind to the fact that someone is not reciprocating the intensity of our feelings. But all of a sudden, we open our eyes and come to the realization that there’s something that does not fit, and you finally come to terms with the fact that you’re not the priority for the other person (and maybe haven’t been for a while).

In a poetically beautiful confrontational discourse, Taylor addresses his counterpart in the story and calls them out for being hypocritical about their feelings and his. About the experience that drove him to make the song, Taylor explained in a statement, ”I knew where the conversation was ultimately going to go, but I was kind of shocked by how dismissive he was of it all, it was so confusing to me that everything was changing, from why it had all happened in the first place to why he even spent time with me.”

Taylor continued, “What hurt the most was when he told me that the only reason he had been spending so much time with me was because he had nothing better to do. It hurt so much because it’s so cowardly. He couldn’t even take responsibility for the choices he made. After this conversation, I cut him out entirely and I wrote the track about three weeks later.”

With a beyond dreamy production full of bedroom synths and colliding electronically enhanced harmonies, the piece sets a cinematic coming-of-age scene that perfectly fits the lyrics of the song. There’s definitely a hint of Troye Sivan, Holly Humberstone, and Conan Gray, which are admittedly some of Taylor’s influences. However, he does not mimic or copy these artists, as his signature sound is very much present in the whole production and crafting of the song.

With more releases in the horizon, we cannot wait to see where this young romantic’s journey will take him but more than certain we’ll be sticking along for what promises to be an exciting ride.