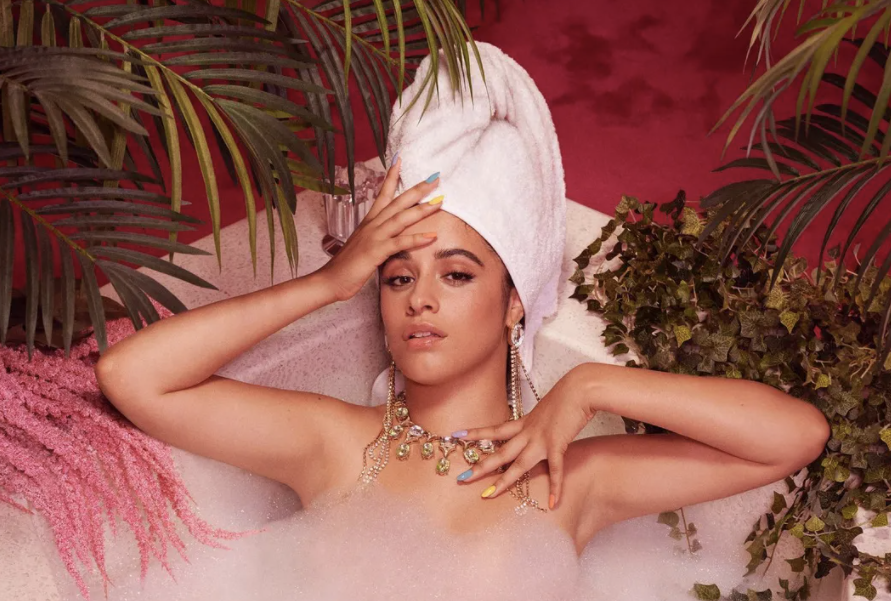 On her third album, Cabello has truly found herself and crafted a brilliant selection of songs.

Camila Cabello has been somewhat of a fixture in the pop world ever since she released her megahit “Havana” back in 2017 (not to mention her time in Fifth Harmony before that). And while her first two albums were successful in their own right — she was the first artist in history that had two multi-format No. 1 singles as her first two singles from a debut album — she was also very much still searching. On Familia, it is clear that Cabello has truly found and settled into herself, and, in turn, has crafted a brilliant selection of songs.

The album opens with a short trumpet instrumental that immediately sets the tone for what’s to come — music that’s heavily infused with Cabello’s own Mexican-Cuban identity. Funnily enough, it’s exactly what has launched her songs into stratospheric success in the past — think of “Havana” and “Señorita.” And yet, most of Cabello’s previous albums leaned into straight pop and included songs that while meticulously crafted, could’ve been sung by anyone. With Familia, Cabello has truly honed her idiosyncrasies, and it’s the pop songs like “Quiet” that feel out of place instead. For example, “La Buena Vida” is a dramatic, telenovela-style song that flawlessly introduces mariachi into an English pop song. Every single track of her third album has Cabello’s name written all over it, literally and figuratively. She’s got co-writing credit on every single song, and she’s pulled from personal experiences over the past two years to craft this new collection of songs.

Just like Cabello herself, Familia is bilingual, with the first song “Celia” being sung fully in Spanish to a reggaeton-inspired beat. It’s upbeat and incredibly catchy, making you wish that you actually were in Miami, just like the opening lyric predicts. It’s not the only Spanish track on the album: There’s “Hasta Los Dientes” as well, which features Argentine urban-pop singer María Becerra. Sonically, the track could’ve also easily featured on a Dua Lipa album, with its disco-pop oriented sound and the very contagious hand-claps in the chorus. And yet, there’s something quintessentially Camila Cabello about it.

Elsewhere on the album, Cabello is assisted by Ed Sheeran on lead single “Bam Bam” that shows off just how well her artistic vision combines hyperpop and Latin rhythms. She shines even more on the riotous “Don’t Go Yet,” in which she is joined by a Cuban choir in the bridge. It’s a joyous song, playful and seductive, perfectly offset by the underlying sense of disappointment. In a way, “Don’t Go Yet” also introduces the first cracks in a relationship that maybe isn’t as perfect or equal as you’d want it to be.

Cabello explores the fallout of “Don’t Go Yet” in what might very well be one of the best songs on Familia, which is closing track “everyone at this party.” Stripping it down to just a simple guitar, Cabello offers an intricate, intimate look into the breakdown of a relationship. Whereas in “Don’t Go Yet,” she mentions the dress she wore especially for her partner, in “everyone at this party,” she recognizes that the reality of that scenario suddenly looks very different. “And I just had this vision of you looking at me different / When you saw this dress / But I’d have one drink and I’d say the wrong thing / So it’s probably for the best,” she muses. The lingering insecurities, the longing and heartbreak are perfectly captured in the chorus: “Everyone at this party isn’t you / Don’t wanna search for you in every room / But I always do.” The record ends with a very vulnerable Cabello asking, “did you realize you don’t need me?”

It’s a debilitating question, and one that perhaps is best left unanswered — or even unasked. However, it’s very honest and also indicative of the ways in which Cabello has turned more introspective on this album. She spends considerable time discussing her own struggles with mental health, including on the rousing, dark reggaeton-pop track “No Doubt.” There’s also “psychofreak,” another strong contender for best song on the album. Though the track stands out — just like “everyone at this party” — for the distinct lack of Latin musical influence, the alternative pop sound suits Cabello like a glove just as well. Assisted by WILLOW, Cabello laments how her anxiety can keep her from living her life: “Tell me that you love me, are you lying? / Give me lemonade, I give you limes / House in the hills is a house of cards / Blink and the fairytale falls apart / Sorry, didn’t mean to get so dark / Maybe I’m an alien, Earth is hard.”

And while “psychofreak” is an incredibly seductive song, it’s Cabello’s heartfelt collaboration with Cuban singer Yotuel, “Lola,” that steals the show near the end of the record. Set against a soft, mesmerizing rumba, Cabello deviates from her usual personal perspective. Instead, she discusses the struggles that many Latin women face: “Nobody’s listening, so she won’t speak, won’t speak / All of those dreams are fading slowly, slowly / She knows the stories ’bout the police, police / It’s just the way it is, so don’t speak, don’t speak.” Focusing specifically on the experiences of Cuban women, Cabello references disappearances after demonstrations, power outages, and lack of food. Under such dire circumstances, women are unable to reach their full potential: “She coulda walked on the moon, yeah / Coulda found us a cure / But she worried about her children / Ninety miles ’til the shore / Nobody breaks the ceiling / Nobody where she’s from / Nobody breaks the ceiling, yeah, nobody,” Cabello sings in the pre-chorus. And as Yotuel wonders out loud in his rap, just imagine how many Lolas there are in Havana.

Many artists struggle with finding their niche — figuring out who they are and what exactly makes them special. And even if they do have an answer to that, they don’t know what to do with the voice and platform they’ve been given. Some might never come to a conclusion on these things. Cabello is only 25 years old, but she’s embracing who she is, and in turn has found her voice. She knows who she is as an artist and which stories she wants to tell — not just those of herself, but those of her community. That’s what Familia is: It’s parsing your history and figuring out who your people are, to arrive at who you are, and who you want to be.

For Cabello, the answer should be clear. She’s one of a kind and better than ever.