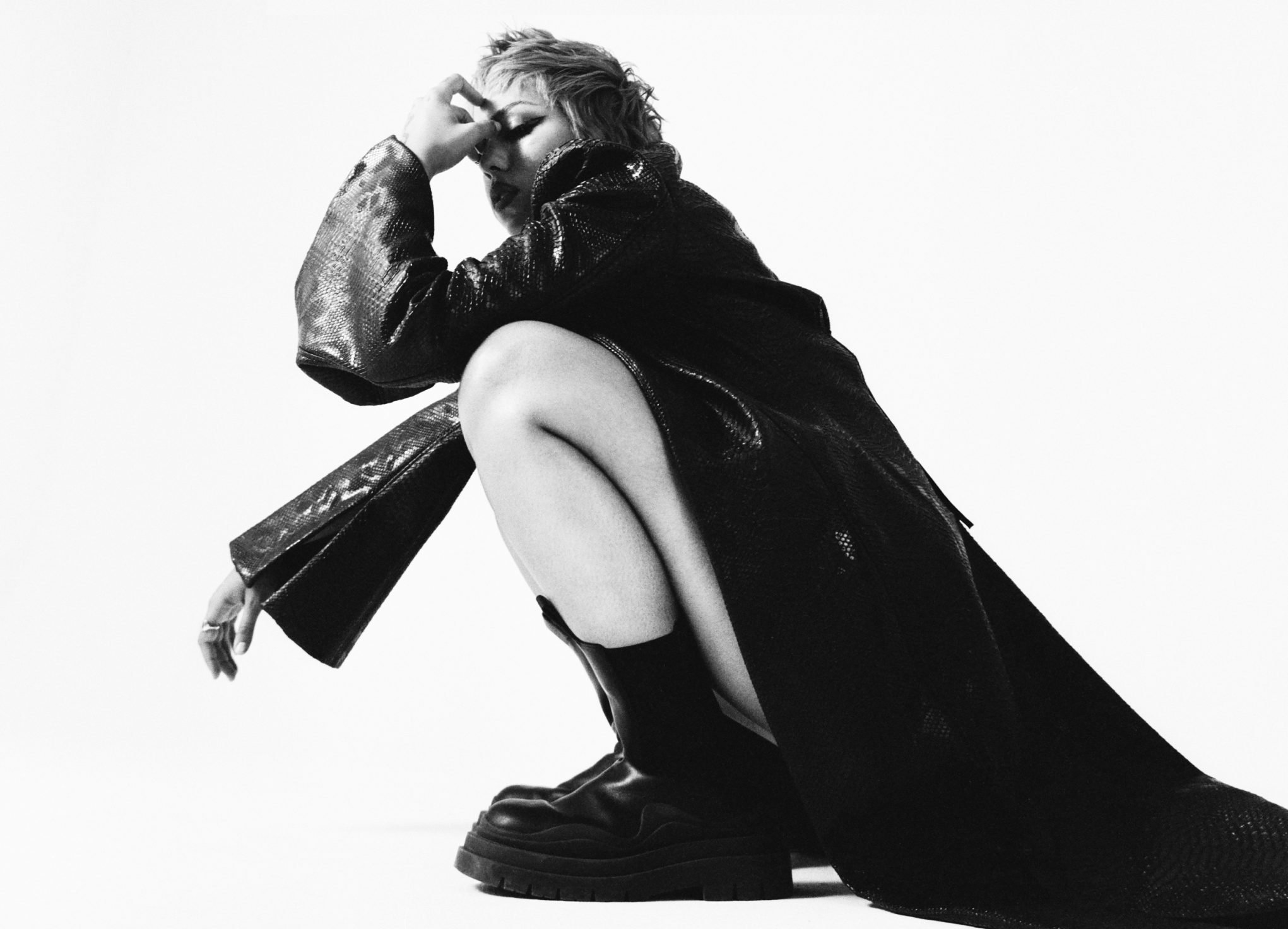 Poppy Ajudha is taking absolutely no prisoners with her long-awaited debut album, The Power in Us, and is just the voice the music industry needs.

You’re probably right in thinking that the South London-born singer sounds familiar. As well as racking up 100 million streams, she previously supported the likes of Mahalia and Kae Tempest and collaborated with fellow Brits Tom Misch and Moses Boyd. Now, it’s her time to shine as a leading lady in music.

First things first: The Power in Us is no safe album and certainly shouldn’t be swept under the rug. In addition to sonically delivering a variety of sounds that include jazz, soul, and pop with hit-making producers, Ajudha in return addresses a range of topics such as mental health, women’s rights, toxic relationships, and the pressure of being a woman in today’s world within her lyrics. Her latest single, the rock-infused “PLAYGOD,” is a feminist anthem inspired by the Alabama abortion bill and stands up for the rights that are trying to be taken away from women.

In our chat with the talented musician, Ajudha tells EUPHORIA. all about her record and the creative process behind it.

You have one hell of an album on your hands. How are you feeling finally releasing it out to the world?

Excited! I can’t believe it’s finally going to be in the world and on my birthday! There’s something that feels really symbolic about it all like it’s the beginning of something special.

How have people reacted to your latest single, “PLAYGOD?”

Ha, “PLAYGOD,” the reactions have been mixed! People either go crazy for it and love it or I get a million pro-life trolls on the internet. I guess it’s good that it’s making people think either way. No one ever changed anything by just being liked.

You’ve never been an artist to box yourself into one genre. Were there any particular artists or albums that played a big part in influencing this record?

People often ask me this question and I find it impossible to answer. I’m influenced by so much all the time and I think that’s why my music is so genre-bending, I love so many styles of music I don’t think I could ever stick to one.

What was the most challenging song to write?

It’s funny some songs are harder to write than others, but I always feel like the most important songs to me are the easiest to write, like when I’m really inspired they just flow out of me and when I think about it, every song on this album was one of those.

Is there a particular track that stands out to you that you are most proud of? And why?

I love all of them but I really love the interlude “ALL FOR YOU” because it represents a time in my life when I didn’t feel like I was enough for the world, I wasn’t standing in my power. It feels so good to look back on that time and know that’s not where I am now.

You’ve been vocal about stating this album took you a while to make. Were there a lot of songs that originally were on the album that didn’t make the final cut?

I took off all the love songs, I just didn’t want to dilute the message. Love is great and important too but this album has a different focus and I wanted that to be really clear.

What are you hoping listeners will take away from the record once they’ve heard it?

I hope it makes them think. I hope it lets them know that someone out there does care, and reminds them that we can only be hopeful for our future when we look critically at our past.

What is the main goal you want to achieve with this record?

I want to let the world know who I am and where I’m coming from, I know I can go anywhere from there. This is the beginning of something beautiful and I’m ready for the ride.