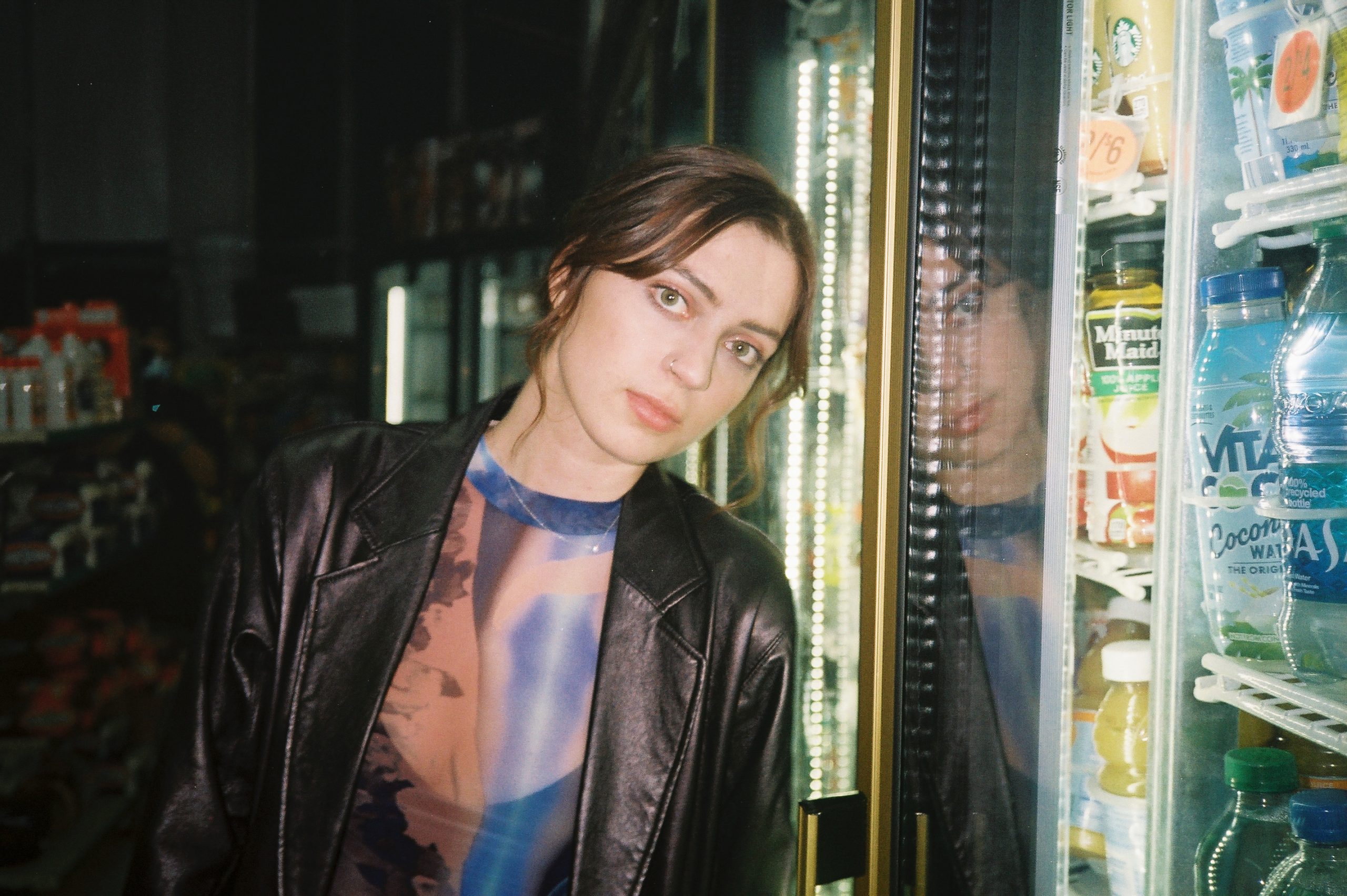 Lizzy McAlpine is quickly making waves in the music industry. The singer/songwriter got her start by posting covers and originals on YouTube. McAlpine’s new album  five seconds flat is a brutally honest confessional album with a short film to accompany it. It finds the artist at her complete best from start to finish. EUPHORIA. caught up with McAlpine to chat all about the new record and much more!

Congrats on the album! To kick things off, what was the creative process like? I know you worked with Finneas and Jacob Collier! So huge! What was that like for you?

Thank you! The creative process for this album was interesting, there were a lot of starts and stops but we made it eventually. Working with Finneas and Jacob was just amazing, as you can imagine. They’re geniuses.

Any particular songs that were challenging to create that almost didn’t make the cut?

We spent a lot of time on “reckless driving” actually. It was one of the hardest songs to crack on the album production-wise. We went through so many versions of it that just didn’t sound like me, until we finally got to the version that we released.

What inspired you to name the record five seconds flat?

There’s a lyric in the last song on the record, “orange show speedway” that goes, “when you’re racing headfirst towards something that’ll kill you in five seconds flat / when I’m racing headfirst towards something that I want back.” That lyric really sums up the entire theme of the album and the short film. It just means that even though falling in love is terrifying and I’ve gotten my heart broken in the past, I still want it back because it’s beautiful.

What’s your working routine? How do you come up with songs?

Usually when I write songs the chords come first and then the lyrics and melody happen at the same time for me. Inspiration-wise, I usually just write about whatever’s happening to me at the moment.

When you think of someone listening to “five seconds flat” for the first time, where would you picture them being to have the best experience?

Environment doesn’t matter to me that much as long as they’re in a mindset to want to listen and really understand the lyrics. That’s the most important thing to me.

What songs are your personal favorites and why?

It changes all the time but my favorites right now are “firearm” and “orange show speedway.”

How was it touring with Dodie?

Honestly, touring in itself is extremely draining and the travel aspect of it was pretty hard on my mental health. The best part was definitely playing the shows and hearing people sing my words back to me. That was absolutely nuts. And Dodie and her team are the sweetest people on the planet.

Who is an artist you’d love to work with next?

Yebba or Phoebe. Or any Broadway composer!

What are you hoping listeners take away from the album once they’ve heard it?

I’m hoping that listeners will be able to really hear the story and the concept that I worked so hard to put together. The track list is set in such a specific order and along with the short film I feel like there’s a clear narrative. There are also some things that you have to look harder to discover about the story which I love. I just hope people will find them.

Any other goals you’d love to accomplish by the end of the year?

By the end of the year I’d love to see myself on a billboard. I have other goals but they’re mostly big ones and definitely won’t happen by the end of this year, but a billboard is doable I think.