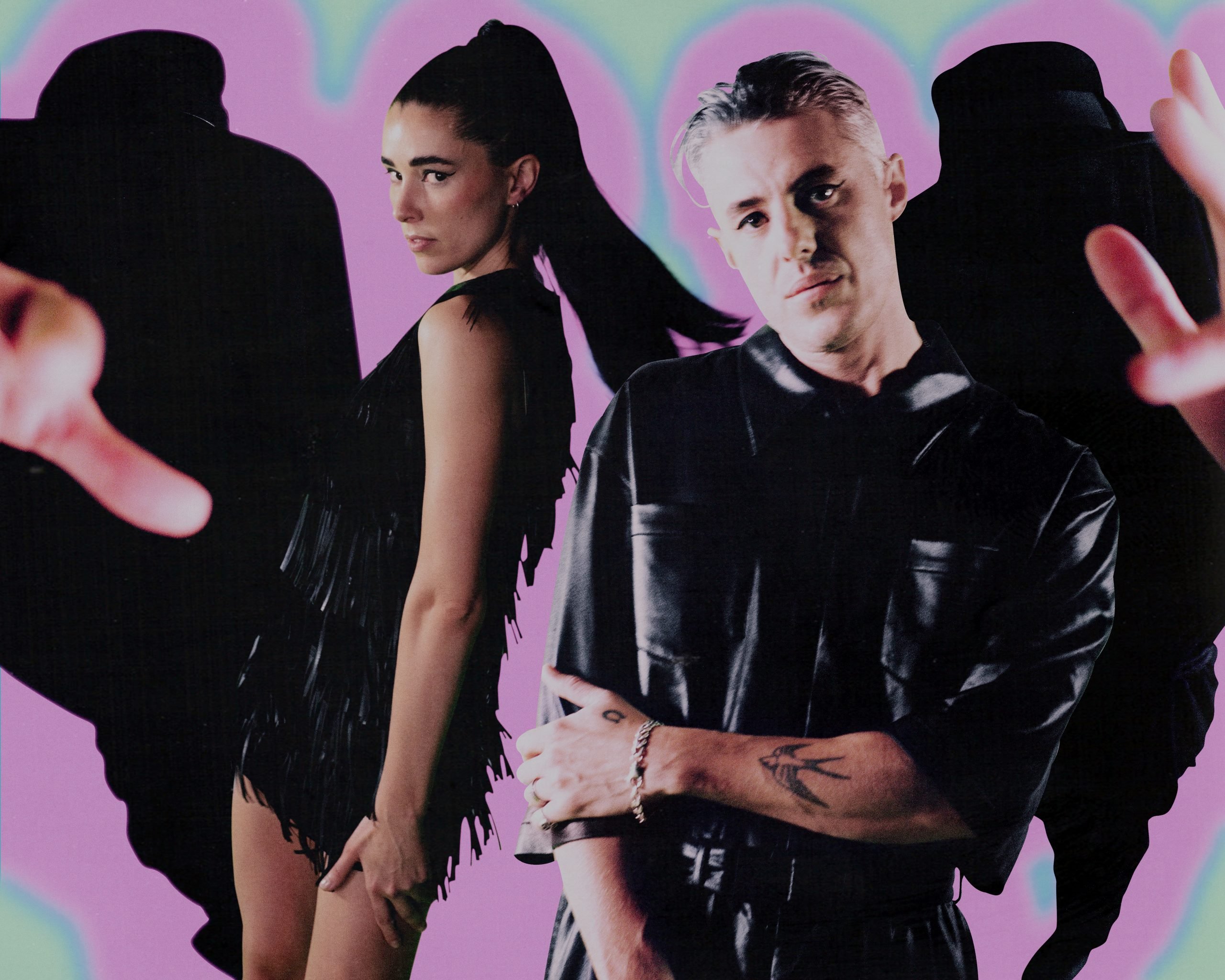 A party without Confidence Man is incomplete.

Before the world took an unexpected turn in early 2020, the Australian indie electro-pop band was busy promoting their 2018 self-penned and produced debut album, Confident Music For Confident People, on some of the biggest stages possible. You name it, these guys were there! Glastonbury, Primavera, Mighty Hoopla, Governors Ball, etc.

After making a name for themselves and becoming a first class bitch, Confidence Man are back with their long-awaited sophomore album, Tilt, which hears the party starters bigger and bolder than ever. In a discussion with EUPHORIA., Confidence Man took the time to reveal the details surrounding the creative process of their new LP, upcoming tour, and their main goal for 2022.

You guys have cemented yourselves as festival regulars, performing at iconic festivals such as Glastonbury and Primavera. Has there been a moment that has remained a standout among your live shows?

Playing Primavera about four years back was something we’ll never forget. We were still just coming up and had a great slot at 3 a.m. on the Ray Ban stage. Little did we know every other major stage closes at 3 a.m. so all of a sudden we were walking out to 20,000 people. It was pretty scary at first but we had them eating out of our hands in no time.

You are gearing up to embark on your biggest tour to date. How do you go about preparing for your live shows? Have you had ideas planned while creating the album?

Yeah, we kind of work in stages. We’re always considering the live aspect. First, we write the songs. Then we build the live show musically. During this time, we’ll be developing costumes and thinking of dances, gags, etc. Once we have a good idea of how the show will run, we start some intense rehearsals that usually go for weeks on end. This gives us a chance to polish it up and make sure it’s gonna hit as hard as possible.

They say the second album can be a “difficult” one to make. Have you felt his statement to be true?

In the lead-up to the pandemic, we had been touring non stop for like five years. The first album had popped off and we were just kind of riding it. People started asking about the second album and we freaked out cause we were about to go on another big tour and there just wasn’t any time. Then COVID happened. It was a silver lining for us because we all moved in together and suddenly had endless days with literally nothing to do but write. We all went a little crazy at times but overall, we worked our asses off day in day out, found the sweet spot, and didn’t stop until we knew we had something really strong. It all came pretty naturally.

Who and what was the inspiration behind the record, sonically and lyrically?

We just wanted to keep making party tracks to get people moving and feeling good. We also wanted to maintain the message of empowerment while adding some depth and new dimension. Musically we wanted to make it bigger and more expansive. Grace Jones is a massive inspiration for us.

Was there a particular track that was most challenging to create that almost didn’t make the cut?

“Luvin U Is Easy” was a tough one to nail down. We had a breakthrough when we sped it up by 20 bpm, the only problem then was that Janet had to sing this nice cruisey chorus double time. It can really mess with your head when you’ve learnt a song one way then you’ve got to re-learn it all over again in a new format. One year later and we got the perfect take.

“Holiday” is such a big tune and moment on the album and a favorite of mine. What are your favorites and why?

I really love “Relieve the Pressure.” It’s the album closer and encapsulates the entire album. A solid pop body with an extended off-the-wall outro. “Holiday” is also a fave, it just came to us so complete, barely needed anything after conception, a rarity.

We want them to dance out the door with a swagger in their step, a smile on their face, and love in their hearts.

What is Confidence Man’s main goal for 2022? Is there something you want to achieve before the year is over

Just destroy as many dance floors/minds as possible. Oh, and maybe kiss Bono.