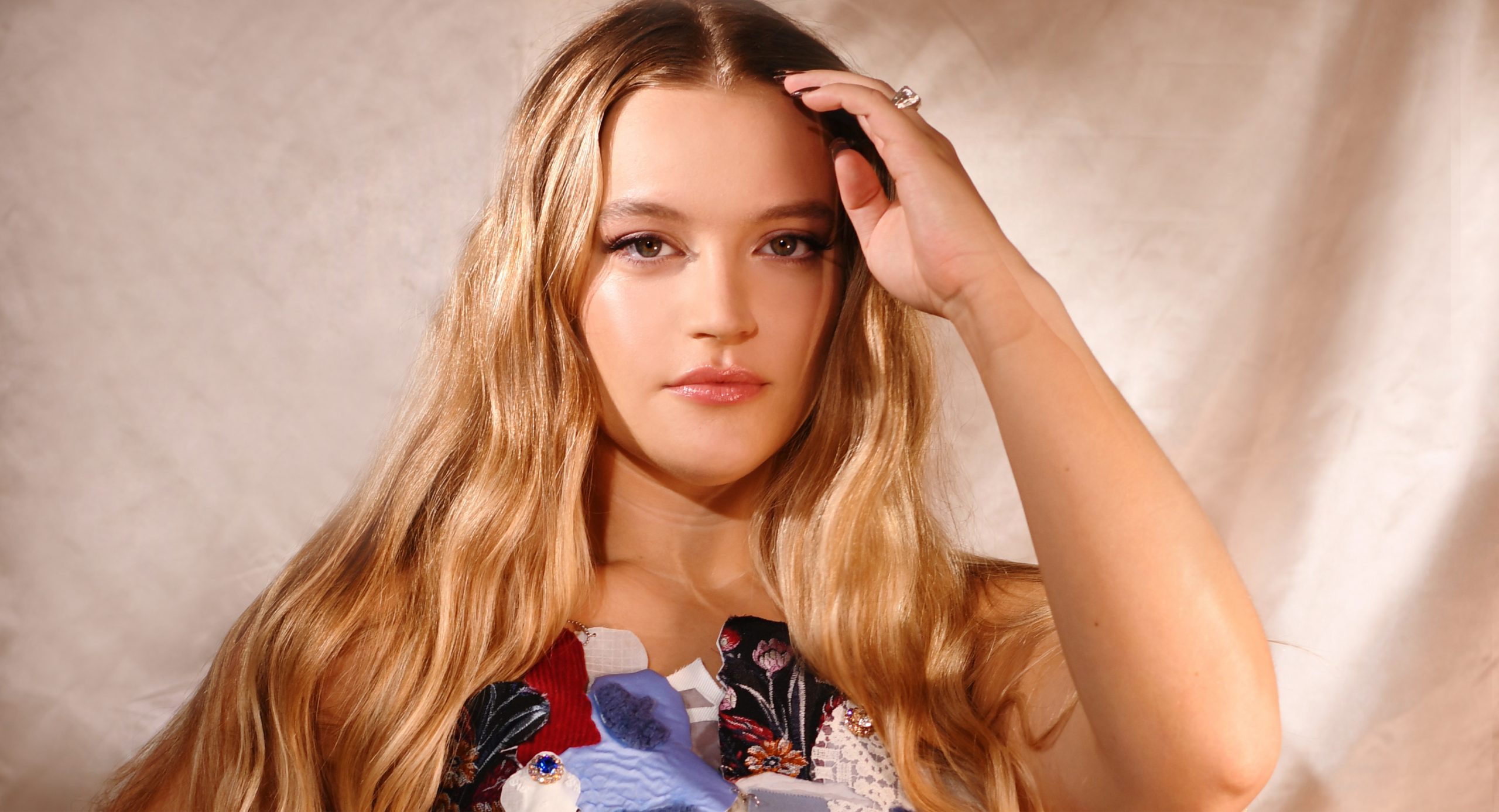 Where femininity meets raw soul and power, Hull, England-born Charlotte Jane enters the musical landscape with nothing short of a powerful punch packed with finesse. On the heels of her vibrant EP, Refuge, the rising starlet became pop music’s latest muse featuring acclaim from the likes of Elton John and Lewis Capaldi. Standing on a pedestal of self-empowerment and pride, Jane is reclaiming her identity as an assured, creative trailblazer.

“When I first put music out, I wanted to make a very loud entrance to the music industry and say, ‘I can sing really high and belt really hard,’” she shares. “I think it was an insecurity thing. I felt like I really needed to sing the most on every song, but I think I’ve settled into my voice and songwriting a bit more to the point where I’ve got the confidence to not feel like I have to do that. There’s beauty in subtle moments; my voice is more than just loud and powerful.” 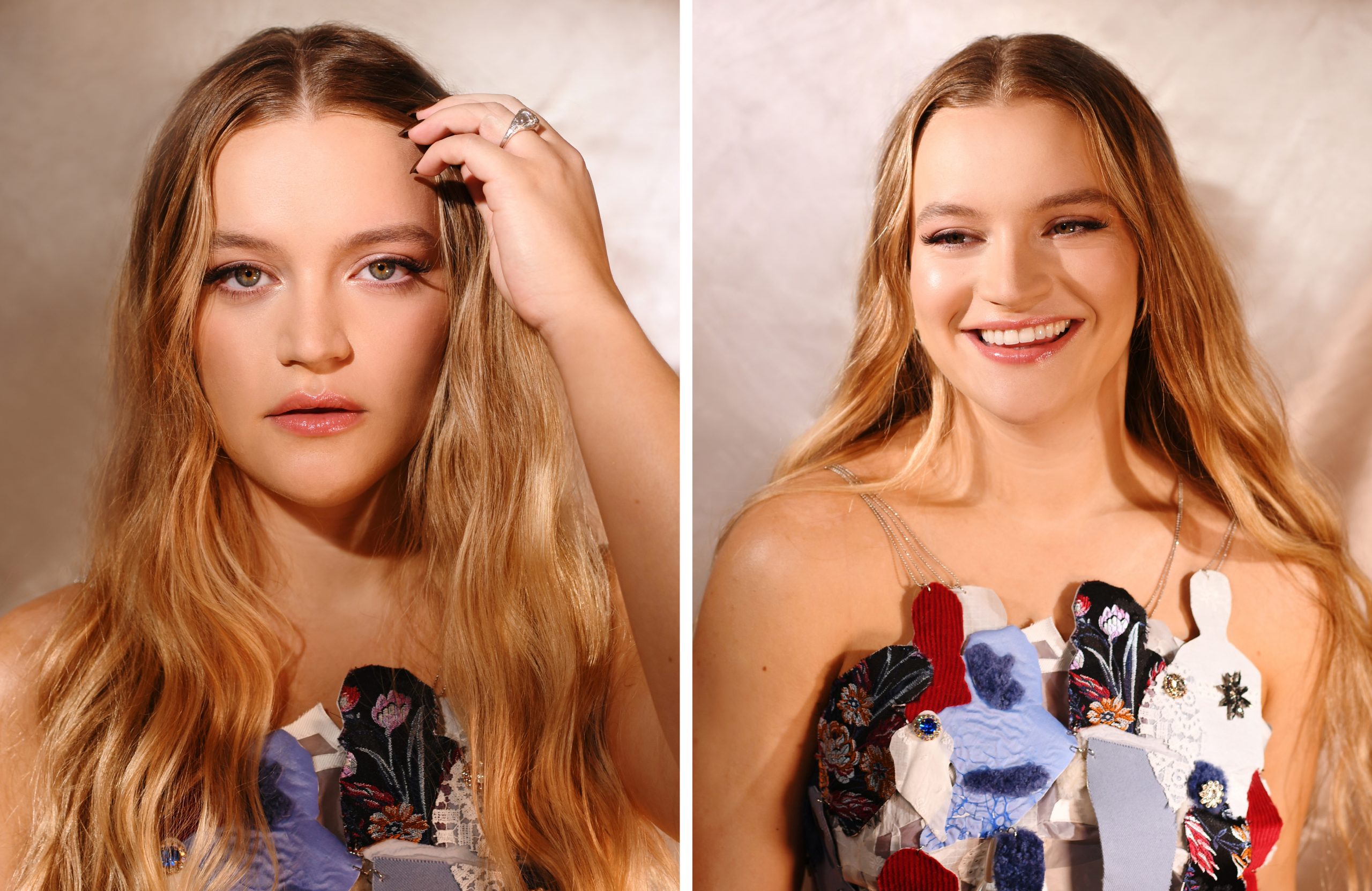 Throughout the last four years since Jane’s 2019 debut, her journey of self-discovery proves to be a common theme and a safe place for her music writing. Listeners watched the singer develop into a pop music butterfly maintaining a set of wings as vivid as the lyrics she pens. She’s the candid cool girl who somehow makes being imperfect feel perfect. “I always loved singing, but I hated being on stage and people looking at me,” she says. “Those two things don’t really go hand in hand if you’re trying to be an artist. I used to perform and hide behind my hair, so everything was helping me kind of grow into my own skin and be on stage and feel comfortable. And as soon as I started writing my own songs and performing those, that really helped because it felt right. I had something to say for myself.”

With vulnerability at the focal point of her music, it’s no mystery why Jane managed to swiftly amass a cult following of fans. From the whimsical, bright track “Loving the Light” to the newly released single “10 Percent,” the songstress is practically spoon-feeding us everything we’ve been searching for in a post-pandemic era.

“I wrote it in Stockholm probably a year and a half ago, and it came about quite differently to most of my other songs,” she says of the new track. “It wasn’t from a super intense session where I was trying to get something really deep off my chest. It was just a really fun session. It’s funny, because I didn’t feel that attached to the song at the time because we kind of wrote it by accident. And then when we got the session bounced back and I finally heard it, everyone was crazy about it. Then became more attached to the song — and it’s never really happened like that for me.” 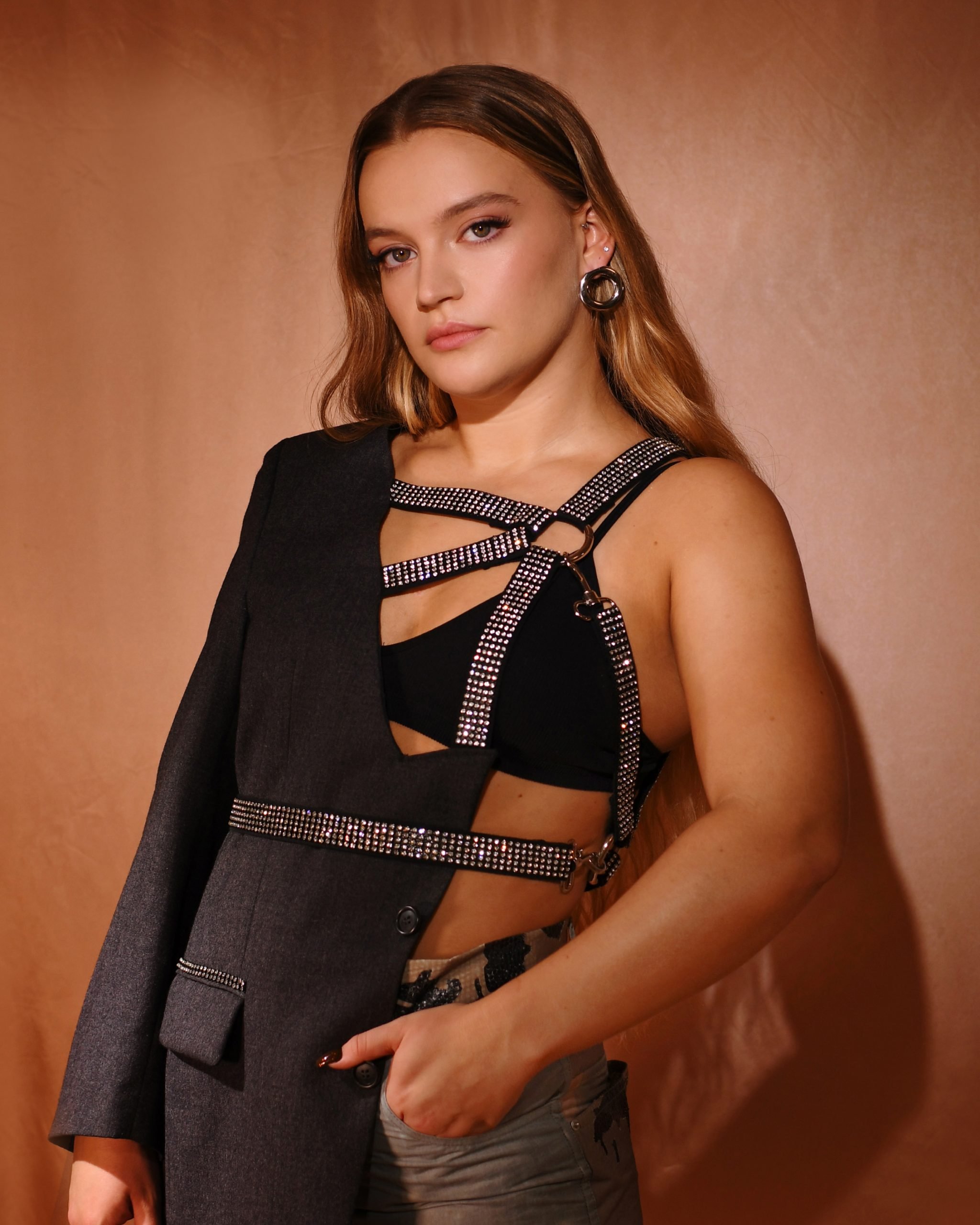 While Jane initially rose to the ranks as a soulful powerhouse thanks to her smooth vocals and raspy tone, “10 Percent” offers the complete opposite. It’s a refreshing take on the Charlotte Jane we all fell in love with, and yet the single merely scratches the surface of the many facets of the artist we’ve discovered this year. “I was uncomfortable at first about putting this one out, because I was so worried that I was too far away from everything else that I’ve done,” she shares. “It was literally other people that have reassured me that it still sounds like me! [The song] feels so good live. And the reaction from it live is insane — even just stripped back to the acoustic guitar. So that’s when I knew, ‘OK, this is still authentic to me and actually sits alongside the rest of my records quite well.’”

More important than a solid addition to the starlet’s discography, “10 Percent” is a sonic representation of Jane stepping into a skin that turns a cheek at judgment in favor of being authentically herself. “This is the first song I’ve written that I feel like I want to dance to,” she says. “I started dance coaching knowing that I wanted to get comfortable with myself again.” And dance she did. The single comes alongside an accompanying dance video á la Beyoncé’s “Single Ladies (Put a Ring On It)” and Sia’s “Chandelier.” It’s carefree, fun, and raw — everything Jane’s forthcoming era stands for.

Moving through an empty, decrepit house (a setting she dubs a metaphor for a crumbling relationship), Jane flows freely from room to room in contemporary-style choreography. “It was amazing, really transformative. It was probably 10 years since I danced, and it was a special thing for me to be able to pick it back up,” she states unreservedly. “When I got the song back and I heard it for the first time, I had been recovering from COVID and I couldn’t sing. I felt like I’d really lost my main emotional outlet and it made me miss singing and it made me want to dance again. As a kid, that was the thing that I did alongside singing where I could release my emotions. I remember texting my manager saying, ‘don’t tell anyone I’m saying this, but I think I want to, start dance again!’”

The experience put work into a new perspective for the singer-songwriter. Put plainly, “It’s fun to have music push me to do things that make me scared.” 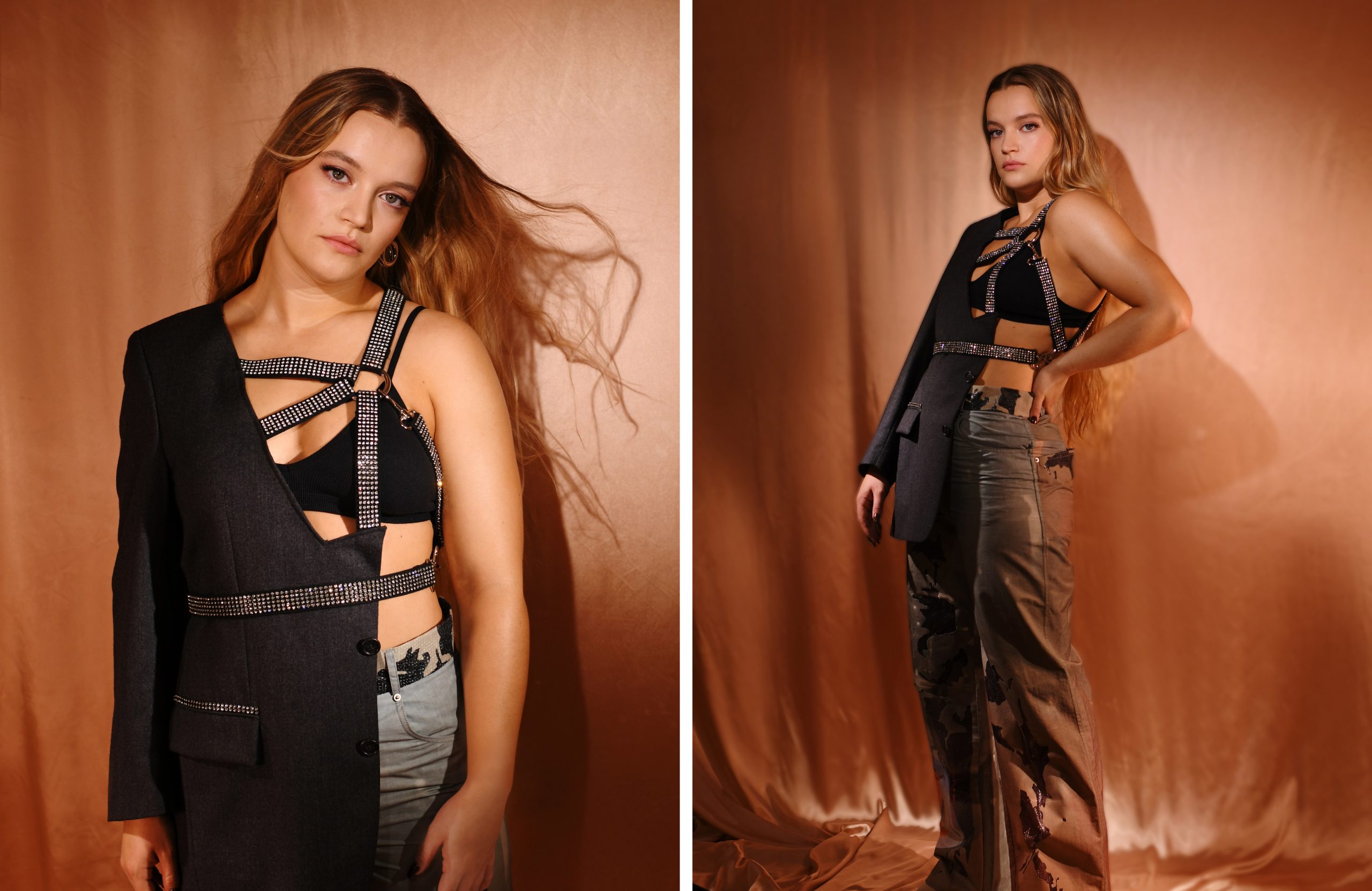 With a shameless penchant for old school classics from “I’m Coming Out” by Diana Ross to “September” by Earth, Wind & Fire, Jane’s old soul beams through every beat she produces. It’s no wonder she’s found a knack for favoring iconic upbeat tunes; music is a generational blessing for the singer. “My grandparents definitely very much inspired my pure love for music,” she says. “They were never in the music industry trying to be famous or doing it for attention. It’s just that they love music. And that’s exactly how I feel. Playing live is my favorite thing, and the music meaning something and doing it for the right reasons is something that I’m hoping I never forget.”

Perhaps it’s Jane’s pure, unreserved passion for songwriting that makes her persona so enigmatic; alternatively, it’s simply in her blood to be fated as a musician. What’s clear, she’s incredibly in tune with her emotions, likely as a result of her love for a classic pen and paper combo to diffuse her feelings. “I struggled a lot growing up with being open about how I felt,” Jane shares “I needed a way to get it out of my system. It kind of went from diary writing to poems. And when I was really young, about 7 or 8, I started writing songs. And I loved doing that because I can be so dramatic when I write songs — to make what I was feeling to be 100 times worse if I wanted to. It was this perfect marriage of the catharsis I felt when I was singing, plus singing about things that were going on in my head. It was a really lovely, therapeutic process.” 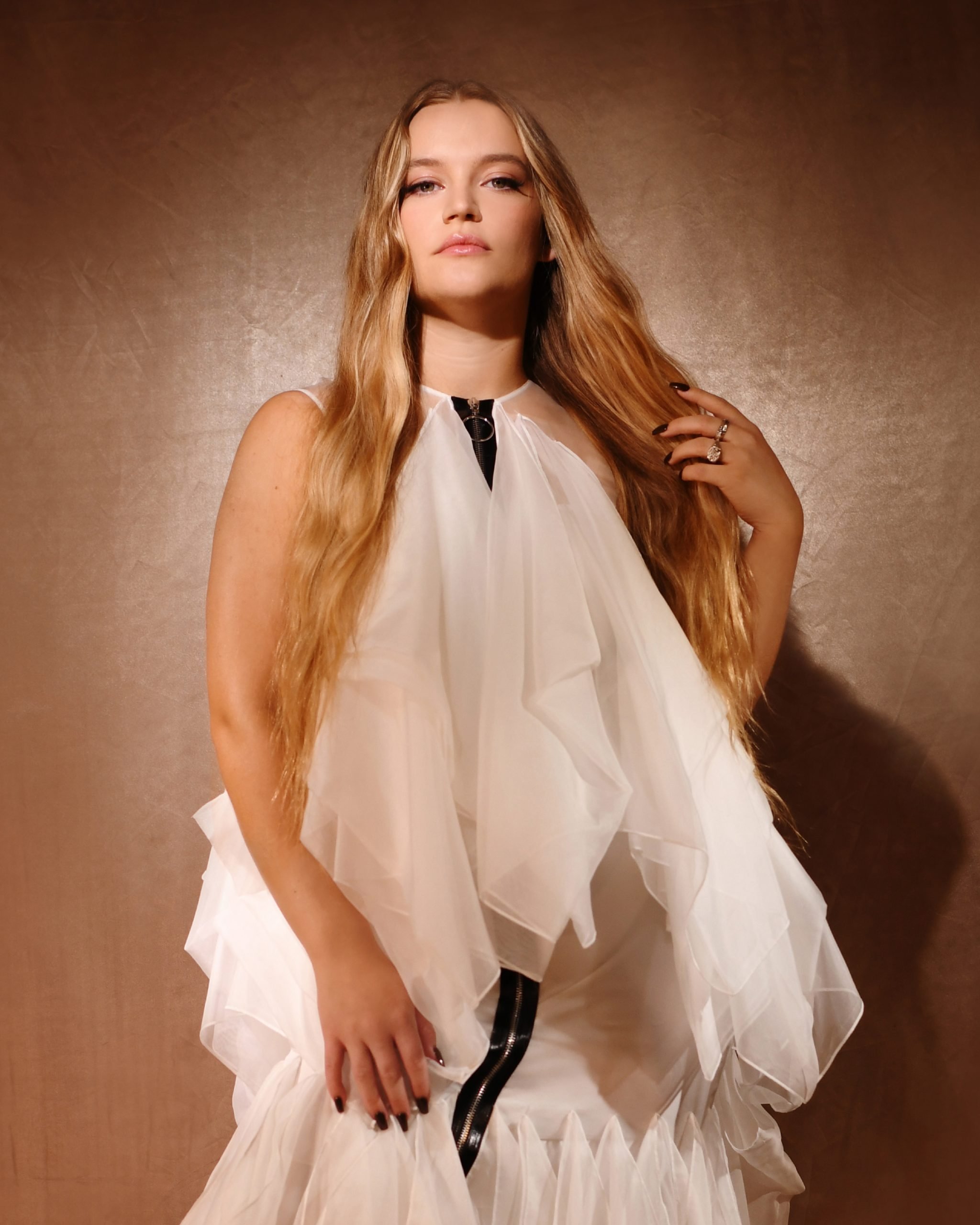 Boasting over a decade of songwriting experience under her belt, she’s no stranger to a good gut-wrenching composition. “I go into studio sessions and I always have to pre-warn people, ‘by the way, I’m going to say a lot today, and it’s all real.’”

While 2021 solidified Charlotte Jane as a rising artist to watch, 2022 is quickly proving to be her year of chart-topping domination. She’s an amalgamation of all things moody, sincere, and blunt. “I think that for a while I felt like I needed to know the answer to that question,” she says. “I listen to so much different music — I’m not even sure what the main genre of music I listen to is. I’m so captured by people’s voices and the tone of their voices. I never want to feel bound to people expecting a very specific genre from me.”

Previous eras explored themes of heartbreak, insecurity, and maturity — the typical woes of any young 20-something enduring loneliness for the first time. Akin to the release of “10 Percent,” her goal to communicate is clear: “Dance again!” she says with a grin. “Don’t take shit from anyone, if they’re not putting in the effort that you think you deserve, then there are loads of other people on the planet.” From a personal standpoint, her upcoming music continues to reinforce the power of “not depending on other people for validation and finding it within [oneself] to be confident for [their] own reasons.” 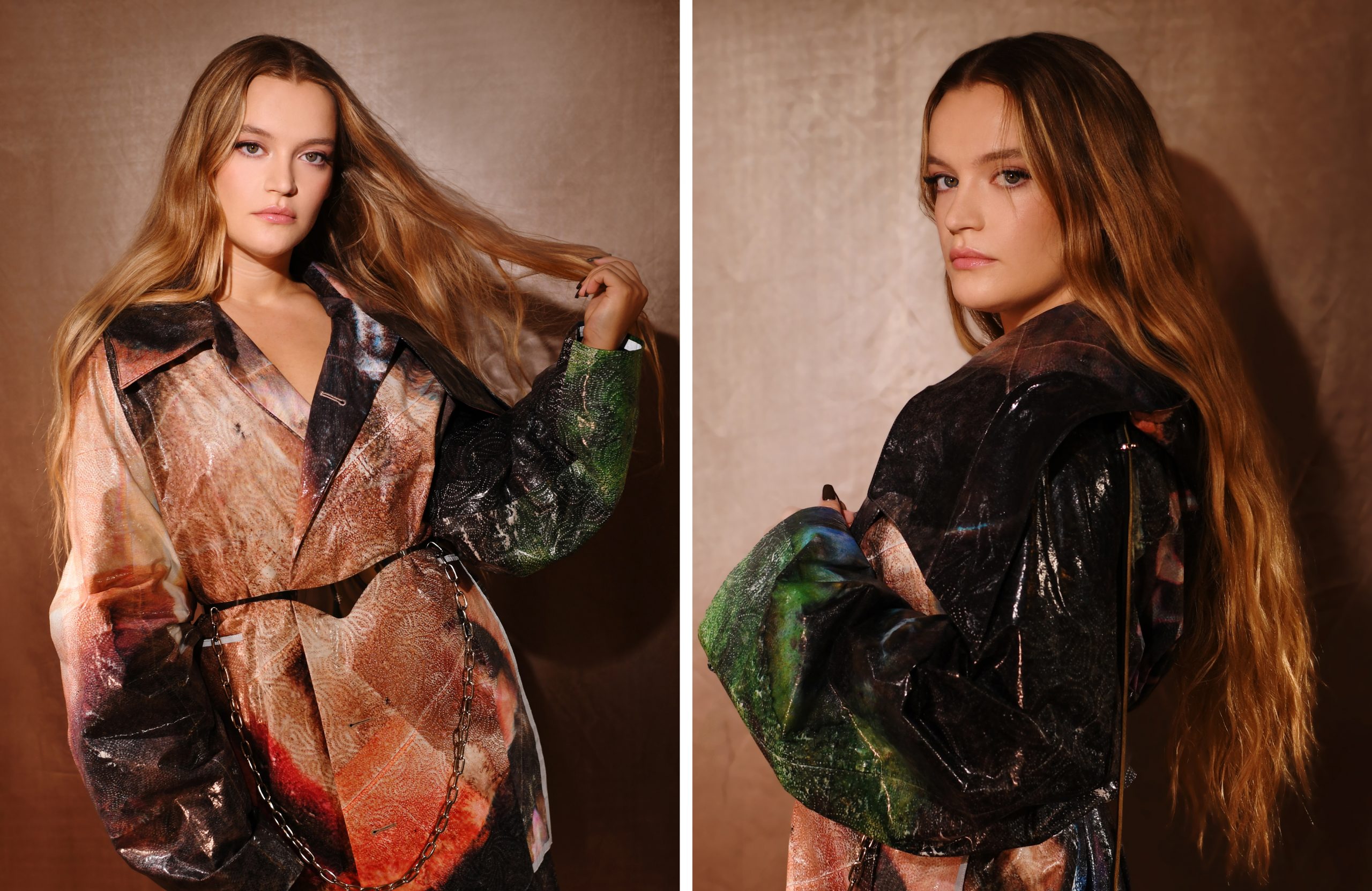 Despite poise and security the obvious frontrunner of her new music from a thematic standpoint, Jane is quick to emphasize self-love is an ongoing voyage packed with constant change and personal evolution. The journey is forever a “big, big work in progress, but I’m in a much better position to put a song like this out now than I’ve probably ever been. Plenty of times I’ll put music out where I’ve written songs with advice that I need to take myself and potentially been a bit of a hypocrite,” she says with a smile. “With [‘10 Percent’], it’s something I’ve been actioning in real time in my life. It’s a really good feeling to know that I’ve kind of written something into existence where I’m putting myself first and not being a people pleaser anymore. If something’s not serving me the way that I deserve to be served, I’m cutting it out my life, which is cool. It’s funny how the timing works out for me.”

With years of written work and music production under Jane’s belt, her rise to stardom is a natural progression of her determination and development. “I think looking at where I was, when I put my first single out, ‘I Tell Lies’ is about literally being a people pleaser — which is what I put out the beginning of 2019,” she starts. “Now there’s no more of that. Proper growth.”

One word to illustrate Jane’s next releases? “Bold,” she states almost immediately. “Oh wow that just let itself out before I even had time to think!” The instinctive answer serves as a testament to her newfound cool-headedness and courage. Charlotte Jane’s music possesses a shield of humility preventing any form of negativity from penetrating her discography. “Yeah! Fuck it. Bold. Cool.” she proudly affirms. And no better statement sums up her persona.