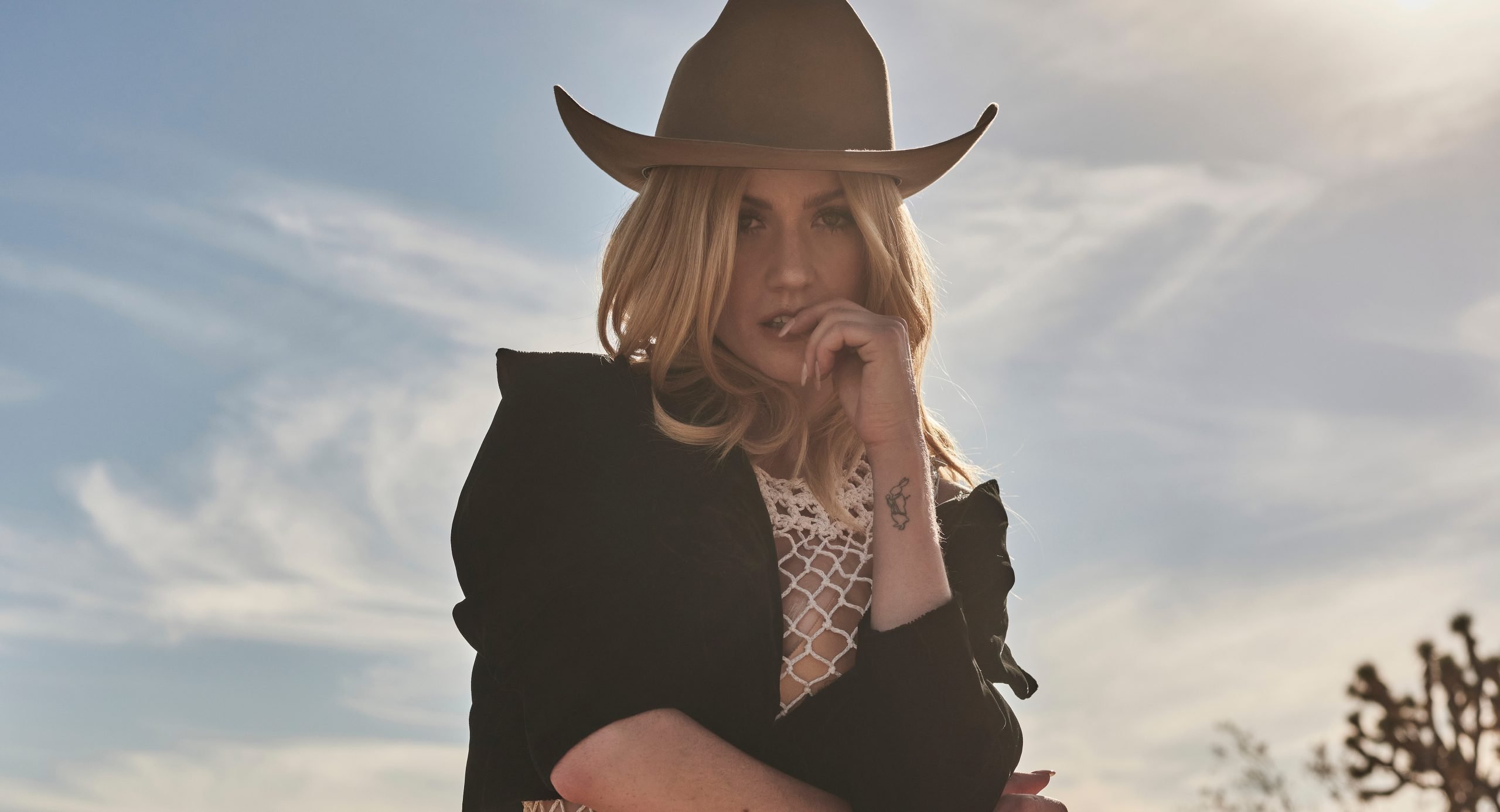 Of her character in the upcoming Hallmark film Love, Classified (out April 21), Katherine McNamara says, “Taylor and I share one main quality, above all else, we are both workaholics.” No kidding. McNamara has been working since she was 13 years old. She had a lead role in two hit television shows — Mia Smoak on Arrow and Clary Fray on Shadowhunters. Since both of those shows ended in 2019 and 2020, respectively, McNamara has been in the Stephen King miniseries The Stand, as well as several horror films, plus she has a couple new projects on the horizon. McNamara’s Instagram bio describes her as a professional chameleon and with the amount of entirely diverse characters she has played, it’s a title she has earned.

Her most imminent project, Love, Classified, tells the story of a romance novelist and mother (played by Melora Hardin) who returns home from a book tour, hopeful to become closer to her children. Meanwhile her son, Zach (Max Lloyd-Jones), and daughter, Taylor, (McNamara) become involved in a new dating app that offers a fresh perspective on love and life in general. It’s a pretty significant departure from her time cage fighting, battling demons, and shooting down foes in a warehouse, but the role seems a natural choice for McNamara, who is happy to talk about love in all of its forms. “The great thing about Love, Classified is that it does what Schitt’s Creek did in a beautiful way, like Schitt’s Creek said it so perfectly — it’s about loving the wine, not the label,” she tells EUPHORIA. “It is not the labels that are important, it’s not about anything other than having an honest, authentic connection to another human being.” That authenticity is something she brings to all of her roles and possibly what has made her so popular in the darker worlds she has existed in. Even when she is kicking ass, bloody and beaten, McNamara’s characters are consistently human and relatable. So even when she slips easily into the skin of a character in the 1800s — like in her upcoming TV series Walker: Independence — plays the daughter of a superhero —like when she was Mia Smoak on Arrow — or portrays the daughter of a romance novelist in Love, Classified, there is always that spark of vulnerability that is 100% McNamara. Maybe that’s what makes her so in demand no matter the genre.

If there is a genre that most would associate with McNamara, it’s fantasy. She became a fixture in the public eye through Shadowhunters on Freeform, which was a television adaptation of an already popular book series called The Mortal Instruments. After a failed film adaptation, the stakes were high for the show. It helps that McNamara took the role just as seriously as any fan — because she was a fan too. “I grew up loving those books and those films and the mythology of the world in the sense of an escape,” she shares. “It had always been a dream of mine to put on a superset or play someone with magical abilities. It’s just fun being in the forest and sword fighting. You feel like you are 6 years old again and that’s why I love the life I live, because I get to do so many different things.” That enthusiasm ended up serving her well. Shadowhunters has the kind of following that hasn’t died down even three years after the show’s end. While some critics called the film a disappointment, largely because of the awkward lack of chemistry within the cast, Shadowhunters was filled with believable people in believable relationships who just happened to be dealing with unbelievable situations.

It’s that down-to-earth authenticity that has kept her from becoming typecast, despite her popularity within a certain type of ass-kicking role. “I have been living in this world of fantasy and supernatural and superheroes and stuff that is a bit more stunt-heavy and fantastical and just a departure from our day-to-day reality,” she says. “But what connects all of these stories, including Love, Classified, is the humanity at their core. Every character that I play leaves a bit of them with me. As far as Love, Classified goes, I was excited to play a character that is more about relationships and talking in rooms as opposed to talking in runes.” 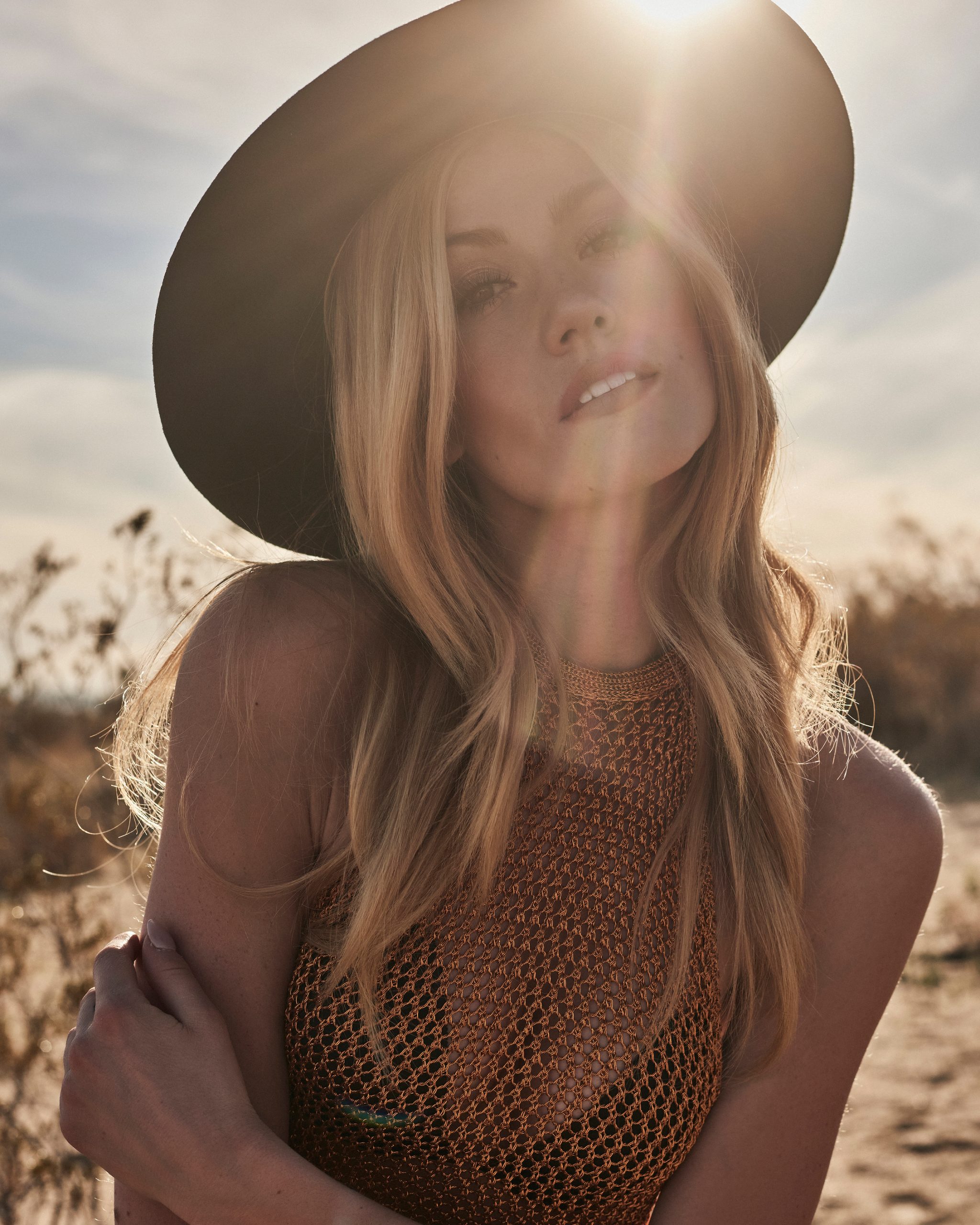 There are plenty of actors who purposefully attempt to diversify their résumé as soon as fans begin attaching them to a popular character they have played. Some put down that character in interviews and try to distance themselves as much as possible, but that isn’t the case for McNamara. She simply loves a complex female character dealing with a difficult situation, whether that situation is the opening of a bookstore in Love, Classified or living with a demonic family member in Shadowhunters. “As far as the roles I’ve played, what draws me to them is that they are all so different and new and challenging,” she shares. “All the characters I’ve played have seemed one thing on the surface, whether that be a cage fighter or an artist or a girl stuck in a warehouse with a prom dress and a shotgun or a girl who owns a plant shop, and when you discover who they are or dive deeper you discover they have scars and vulnerabilities and you realize what makes them so special.”

Hiding and revealing identities is certainly a commonality between each of McNamara’s characters. Clary of Shadowhunters discovers that she is the daughter of the story’s main antagonist. Mia in Arrow is revealed to be the daughter of the show’s main couple. And in Love, Classified, the woman she matches up with on the fictional dating app becomes an unexpected catalyst to Taylor’s journey of self discovery.

And along the same route of identity, McNamara has become a beloved presence within the queer community through the various characters she’s played. Though love was not the main focus of her past roles, she has some strong opinions that she sees reflected in Taylor’s story as well. “I have heard so many great stories and seen a lot of people looking to find where they fit in this community and find a label and an identity that suits them,” she says. “This film says so beautifully how that is not the first priority, the first priority is being yourself and being open and vulnerable to love and then you can figure out what to call it later.”

Unlike Taylor, though, McNamara has never used a dating app, although she admires people who have managed to be successful with it. Love can be scary, and the fear of never finding love can be even more so, which is likely why dating apps are so popular — they make the possibility of finding love as simple as an algorithm. McNamara thinks that when you do finally find the right person, you will be able to tell, because things just fall into place. “For me it is so about the chemistry between myself and the other person,” she says. “Someone you can’t stop thinking about and can sit in silence with and then sometimes never run out of things to talk about. It becomes apparent when you’re in a situation that feels right. Suddenly all the times you wondered if a situation was right begin to pale in comparison to a real connection with someone.” In Love, Classified, Taylor is the type to overthink almost everything in her life, but real love has a calming effect on such an overly analytical mind — when you find it, you won’t have to question anymore, because you will just know.

Like her confidence in finding love, McNamara injects confidence into everything she says. “I’m a believer in speaking things into existence and if you put your energy toward a goal, no matter what it is, you can accomplish it or you will at least find where you are supposed to end up,” she says. In a previous interview with EUPHORIA., I asked McNamara what genres she would want to try next and she said she always wanted to do a period piece. In March it was announced that McNamara will be starring in The CW’s Walker: Independence, a prequel to the series Walker. Set in the 1800s, the show will feature McNamara as an ancestor of Jared Padalecki’s character. Also on the horizon is Jade, the directorial debut of Arrow’s producer and director James Bamford, starring Mickey Rourke. For this role, McNamara says that she will dye her hair blue and wear a prosthetic (from a quick Google search, I have a suspicion of what this prosthetic is, but I won’t say here).

It seems that every day McNamara is ready to don a new hair color and put on a new face (she even worked on a socially distanced movie during quarantine called Untitled Horror Movie alongside Luke Baines and Claire Holt!) And now with an action film and a Western on the way, it seems like there are very few film categories she has yet to try. With Love, Classified, however, the message is very simple and very true for this actress, who insists that in some ways she relates to every character she has ever played. She shares, “It’s this concept about coming out of a pandemic and out of a period where we have all felt isolated and alone and disconnected, this is a story about connecting between family, friends, community or romance. It’s something everyone relates to.”