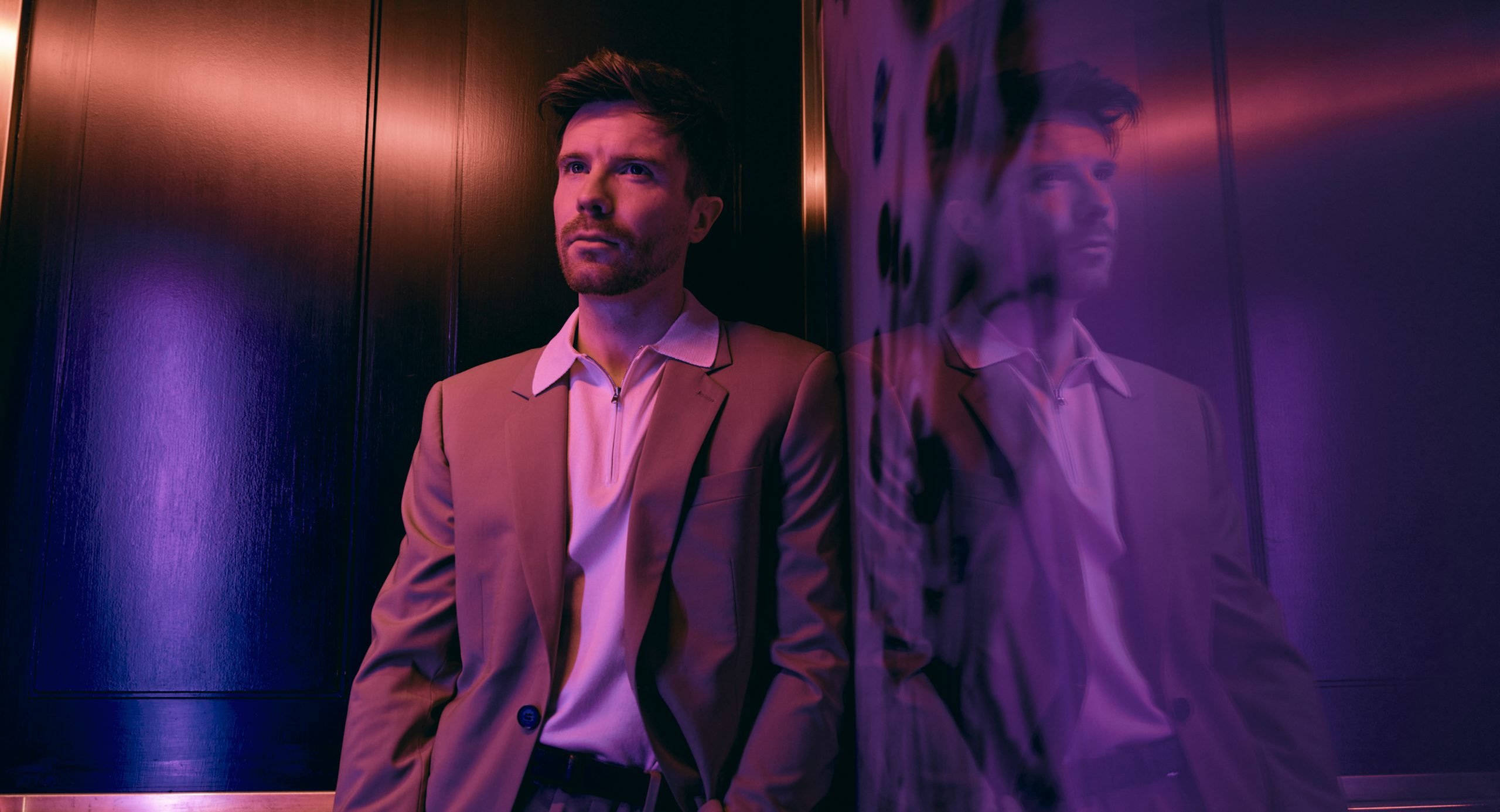 From the sweet and nostalgic Chris of UK’s Skins and becoming Arya Stark’s right hand man Gendry on Game of Thrones, Joe Dempsie is used to being loved. With an affable expression and friendly smile, he’s known for playing characters who are loveable outcasts, fiercely loyal to those they love, and whose departures from the screen — be that due to death or just being sent away on a boat to only r eturn years later — always leave us wanting more. It’s almost disconcerting, then, to see Dempsie on our screens and sense danger, to realize there’s something stopping us from immediately pledging allegiance to him. “Whenever someone does something terrible, we’re all fascinated with the person that did the terrible thing and what made them do that. What made them so evil?” Dempsie asks when chatting with EUPHORIA., and on Netflix’s Pieces of Her, he answers.

In Pieces of Her, Dempsie’s Nick Harp is, at first, a quiet, thoughtful, and composed figure who doesn’t seem to quite fit into the lavish dinner settings and family getaways his college roommate Andrew Queller invites him to into. His long hair, bearded face, and penchant for leather jackets stick out amongst the Quellers, who prefer crisp and ironed shirts, tweed blazers, and wool sweaters. Dempsie, who had some creative liberties in choosing Harp’s costumes, cites the Baader Meinhof and an “East Berlin kind of look” as stylistic and political inspirations for the character. Clearly, among the pearl-wearing elite, Nick Harp is different to the point of enticing — and that’s exactly what draws us and Andrew’s sister Jane Queller in.

As Harp takes over the screen and the story, standing beside him becomes almost an impulse. We learn that he’s man who came from poverty, made his way to Stanford, and now looks to overturn the system that feeds on inequality — particularly large corporations like the one owned and run by the Queller family. The spirited drive to change the world quickly turns into a radical and dangerous move, especially as Andrew and Jane join Nick on his movement, the Army of the Changing World. 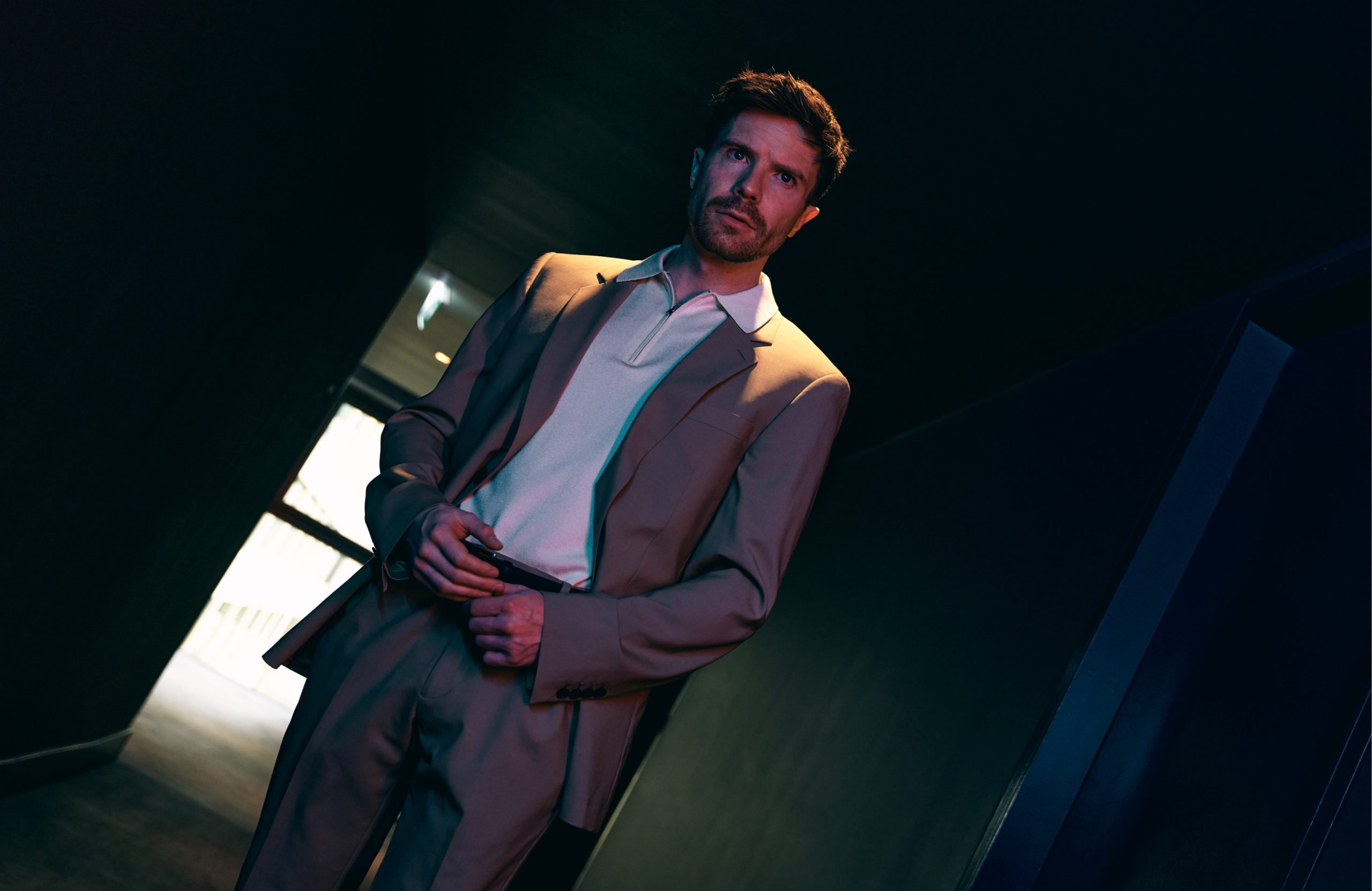 Dempsie, who plays Nick for the better part of the series, recognizes the challenge of embodying a character who starts off as noble as it gets, but then reveals himself to be a wanted criminal. He calls narcissism “the foundational element” in building a character as complex as Nick: “I think that narcissism has lain dormant in him for a while and, initially the interest in those causes are really sincere. But the adoration and the attention that being the figurehead for this group gets him starts to feed into something a lot more sinister.”

Nick, it turns out, isn’t even his character’s real name, and we barely get to know his real background. In order to become Nick, Dempsie had to write his story first. “What we do know is that he’s from Detroit, and I was guessing that he would have been born and grown up in the mid- to late ’60s and ’70s,” he says. “Busing, a controversial and central topic revolving Detroit’s politics at that time, became central to Dempsie’s own Nick. “My theory was Nick grew up in the inner city of Detroit,” he says. “The riots happened, a load of white families left, but his family couldn’t afford to leave and he was sort of stuck in the inner city. He struggled to make friends and never felt totally accepted, and when busing gets canceled, he resents the fact that he can never fulfill his intellectual potential. He’s really witnessed social deprivation and has a real passion for social justice and a real resentment of the white, middle, and upper classes. That leads him perfectly to where he finds himself, that lack of really belonging anywhere and that resentment of capitalism and its brutal nature.”

How, then, does Dempsie justify Nick’s transformation from “this outsider who finds himself really resentful of the American capitalist machine, with a passion for social justice and trying to help out those in need,” into someone who ends up on the FBI’s most-wanted list? “The thing about narcissists, is that they’re really thin-skinned,” Dempsie says. “He feels like he’s been slighted by Martin [Queller, the father of Jane and Andrew] and he loses sight of the real purpose of their mission, which started out quite noble and starts to really spiral out of control because he’s let his ego, feelings, and narcissism get in the way. Then, everything he does becomes about upping the stakes, because how do you cling on to that adoration? How do you keep people following you?”

In comes Jane, played by Jessica Barden and Toni Collette, whose admiration and love for Nick makes the viewer understand exactly why he was followed and admired by so many. Barden, as Jane, acts as the viewer’s eyes and heart in this intense and multifaceted relationship. Martin, the arrogant business mogul, manipulates and tries to control her. She wants to get away from his grip as much as the viewer wants to spend the least amount of time with him as possible. Then Nick shows up and stares deeply into her eyes across the dinner table. Conversations with him lead her to believe that he can be the escape plan she’s been looking for all along. There’s a chemistry between them that’s undeniable and electric as much as it is impulsive and dangerous, and when Jane goes along for the social justice ride, so do we. 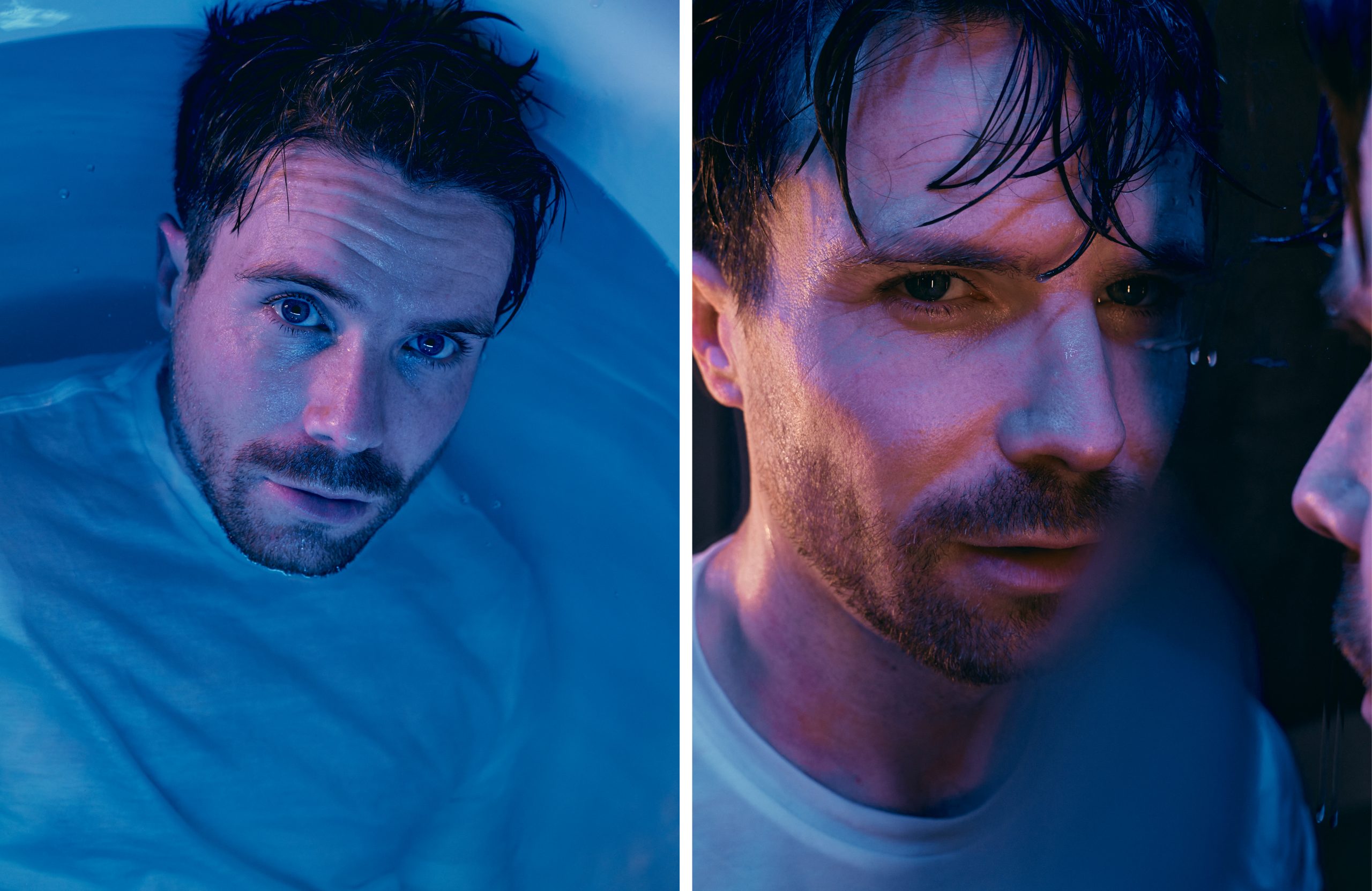 Watching Jane fall in love with Nick, and vice versa, is critical for us to also fall under Nick’s spell. His humanity, which comes through slowly as Barden and Dempsie waltz between love and danger, and his alliance to social justice make you root for him even if there’s always a hint of something sinister on the horizon. “There’s something he can’t control about how he feels,” he says. “[Jane is] someone who doesn’t let him off the hook, initially, which I think he finds both irritating and incredibly attractive at the same time.” She challenges him just enough to keep him interested and gives in to show she’s also invested. It is when Nick sees Jane at her most comfortable, mastering the piano in front of a bewitched audience, that his feelings become overwhelming. “I found that scene actually really hard to play,” Dempsie recalls. “After he’s seen her in concert, because there are a lot of things going on at the same time in his head. Not only is he genuinely in awe of her talent and spellbound and besotted, I think there’s something about him seeing that many thousand people on their feet applaud Jane. That’s what he really wants, but he doesn’t have a talent that warrants that.”

Nick’s desire for justice only accelerates, and that’s when the audience and Jane really get to meet his true self, a cult-like leader with a thirst for getting his way and being known. Dempsie then allowed himself to let Nick’s darker side take center stage. “A quality that a lot of these types of people, like Charles Manson — and people said that a lot about Bill Clinton, too — had is that they had this ability to, when they were talking to you, make you feel like you were the only person not in the room, but in the world,” he says. That’s exactly how he pulls in the hopeful revolutionaries that join his group and convinces Jane and Andrew to turn against their own father. “It’s all really to feed the narcissism and the ego, whether they’re actually listening or not remains to be seen,” he says. “But they’re incredibly good at performing listening, and so I think that was the main choice when it came to the corralling of the rest of the group.”

As the risk of following the Army of the Changing World’s political aspirations rises, so does Nick’s unquenchable thirst for attention. And whenever someone gets close to pointing out their leader’s warped goals, he manages to rewire their thinking. “He has those very masculine elements, but he’s actually not afraid to use his vulnerability to manipulate people as well, and show this wounded side in order to keep someone close to him.”

Production on Pieces of Her was halted due to the COVID-19 pandemic, and it took that extra year, as well as a two-week quarantine in an Australian hotel room before shooting began, for Dempsie to fully construct and understand Nick. “I definitely think if we just shot in 2020, I’d have been underprepared,” Dempsie confesses, “[That extra year] just allowed the script and character to subconsciously just percolate for a long time. I probably was sitting with [Harp] for an hour most nights without even really realizing it.” Different to other characters he’s played, Dempsie went deep into Harp’s backstory and psyche. “It was during those two weeks where I really was able to sit down and feel like I’d done all the character preparation, research, and backstory work that I’d wanted to do,” he says. “So then it was just a case of really drilling down into the text and into the script in a way that I haven’t done for years.”

This intense preparation to play a character whose nuances and alliances make him magnetic and threatening at the same time marked a turning point for Dempsie. After a period in which he says he took working as an actor for granted, being stuck in a room and forced to examine all the different and most hidden corners of his next character shifted his perspective. “I felt so much more prepared and so much more confident than I have done on a job in years. It’s not rocket science, you get out of it what you put in. I put a lot into this, and I feel like I was able to get a lot out of him as a character.”

After such a drastic change in character from the ones we’ve seen him in, and one that demanded such laser-focused preparation, only one question remains: Do you have to like the characters you play? “No, is the quick and easy answer to that,” Dempsie says with a laugh. “I don’t think you have to like them. But it’s your job to understand them.”