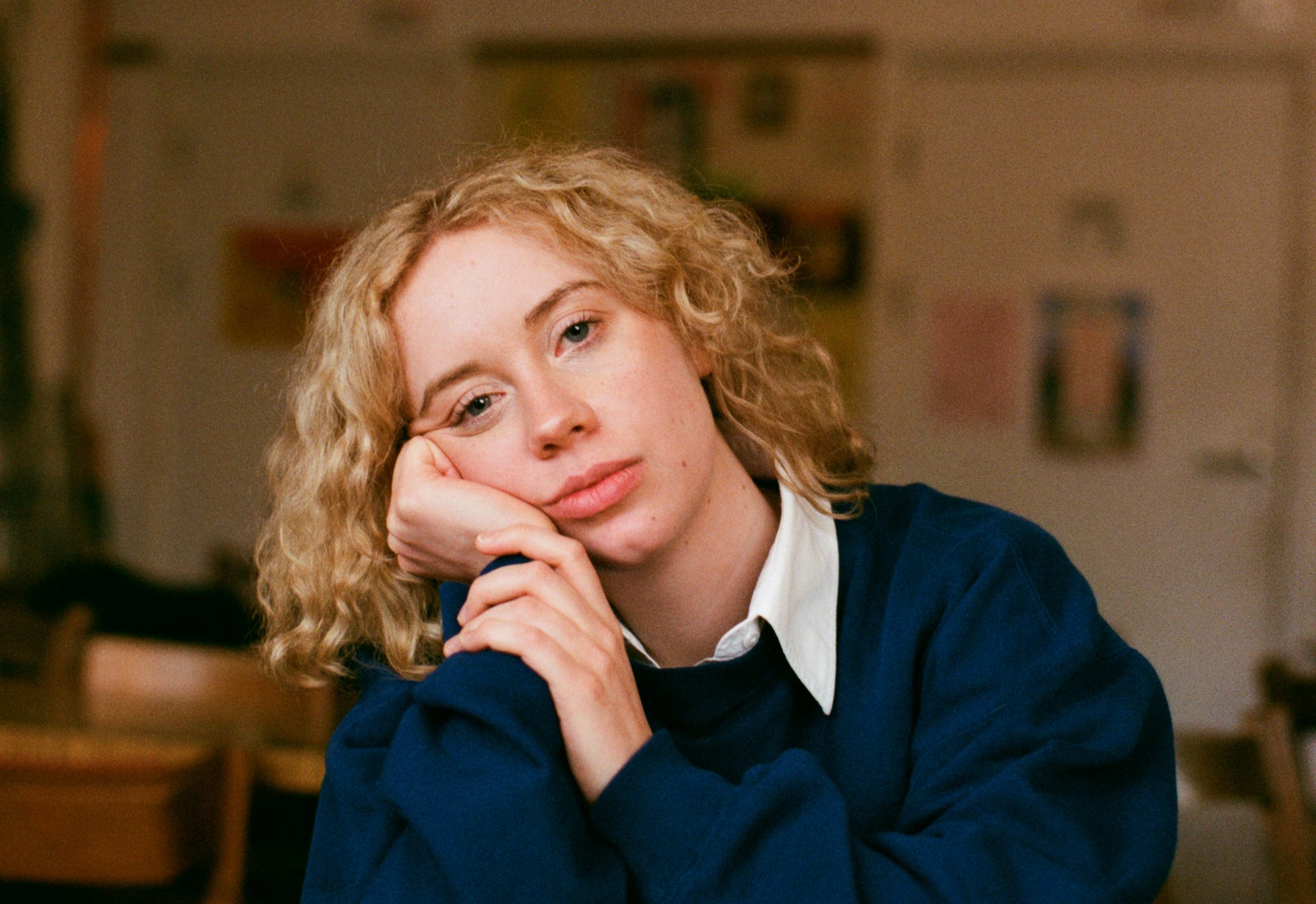 Off the back of her debut EP Cubicle, Scottish singer-songwriter Lizzie Reid returns with fresh material to kick-start 2022 in style. Announcing herself in the UK music scene last year, Reid quickly garnered widespread praise for her delicately dexterous music and gained comparisons to the likes of Joni Mitchell for her folk-tinged aura.

She also picked up a SAY (Scottish Album of the Year) Award nomination and supported none other than Arlo Parks at the tail end of 2021. With everything moving in the right direction, it seems Reid can do no wrong at the minute.

“Bible” is Reid’s first new release after Cubicle. Signed to record label 7476 (Matilda Mann, Matt Maltese, tinyumbrellas), she met up once again with recording partner and collaborator Oli Barton-Wood — like her previous material — to lay down the track in his residential studio in Nottingham.

Thematically, Cubicle explored the deterioration of Reid’s first same-sex relationship. On “Bible,” we find her nervous about giving her whole self over to someone new again. “Bible is about being nervous of falling in love again,” Reid explained in a statement. “I was feeling something, and that scared me. I wanted to get things right this time, be important to someone and not bring my anxieties into the picture. Becoming involved with someone tends to bring up things within yourself. It holds a mirror up and forces me to look at myself through someone else’s eyes.”

The intimacy of Reid’s recordings is what made her stand out among the crowd last year. And right from the offset in “Bible,” with the light guitar strums, vocal hums in the background, and the ever so slight static noise, it’s clear that intimacy still remains.

Reid’s ability to shift to falsetto vocal pitch with ease is impressive throughout. The harmonies in the second verse add texture and the multi-tracking of vocals in the choruses shows Reid charting new sonic territory by creating larger soundscapes.

Lyrically, Reid begins and ends the track by writing in her Bible, while in the choruses, she sings of gods having gone wrong and being unable to undo. Maybe one view that can be taken from Reid’s “Bible” is that this forms her diary of life lessons that she’s always writing in and looking back on for guidance during moments like trying to fall in love again — as she explores here.

“Bible” shows Lizzie Reid in fine form and she’ll no doubt have other new musical gems up her sleeve in the months to come.