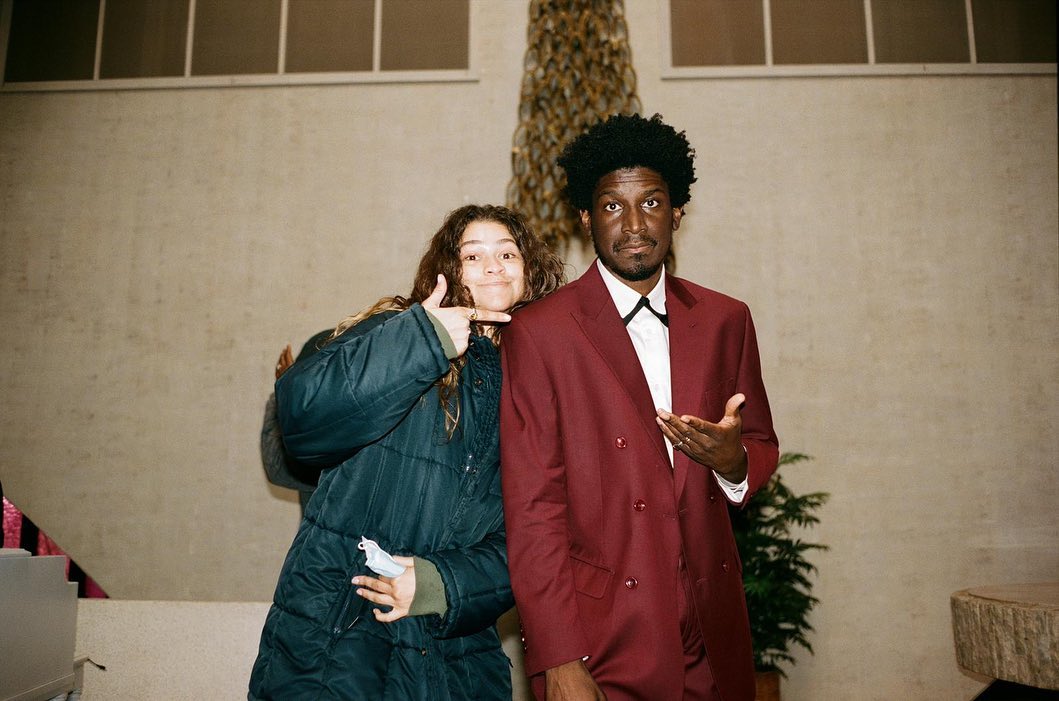 During the finale episode of Euphoria, fans were treated to another Zendaya and Labrinth collaboration with the song “I’m Tired.” The song is a reflection of Rue’s (Zendaya) journey throughout the second season. We watch as Rue’s drug addiction takes her down a dark path, destroying the relationships that she’s held close to her. But the season ends on a more hopeful note, where Rue is working to stay clean for herself.

“I’m Tired” first plays during the fourth episode of Euphoria, during Rue’s hallucinations while high. In the scene, Rue enters a church and as she walks through the pews, she spots Jules (Hunter Schafer) and Elliot (Dominic Fike) sitting among the worshippers. Labrinth is up front, singing to the congregation “Hey Lord, you know I’m tired of tears / Hey Lord, just cut me loose.”

The first verse of the song reflects Rue’s hopelessness and defeat she feels as she slips down to rock bottom, trying to grasp onto something to keep her from falling deeper into her pain. As she approaches the front of the church, she reaches out to Labrinth and hugs him tightly, which then switches to Rue hugging her father. Her addiction stems from the loss of her father and missing his presence; all Rue wants to do is feel close to him again, and the drugs not only numb her pain, but bring her that much closer to him again. Labrinth serves as Rue’s voice in the first part of the song because she’s lost herself in the midst of her addiction. However, the song’s tone shifts during the second verse and we finally get to hear Rue’s voice again.

In episodes seven and eight, we finally get a chance to see a sober Rue as she slowly makes  amends with the people she hurt throughout the season. The episode closes out in a monologue, where Rue talks about staying clean the rest of the year and feeling like she’s reached a place where she wants to try to stay sober. The lyrics, sung by Zendaya, reflect a much more hopeful future for Rue. This time, she sings, “Hey Lord, you know I’m trying / It’s all I’ve got, is this enough?” She sings about fighting those demons and working to really get herself clean. The second half of the song describes where we leave Rue at the end of the season, taking things one day at a time and working to focus on herself and her sobriety.

In a recent interview with Entertainment Tonight, Zendaya said, “There’s a dark place that hits right in the middle of the season. And it was painful for everyone involved with making it. I know it was painful for me and I think it got to the point of, ‘We can’t leave her here. This can’t be the end of her story. There has to be some hope at the end of this. Something beautiful at the end of all this pain.’”

“I’m Tired” starts off with a hopeless tone, and the instrumentals in the song grow louder and almost chaotic, reflective of all the voices in Rue’s head that she tries to quiet through her drug use. But toward the end of the song, the sound quiets again. The piano is gentle and serene, representing the glimmer of hope for Rue’s future at the end of the season.