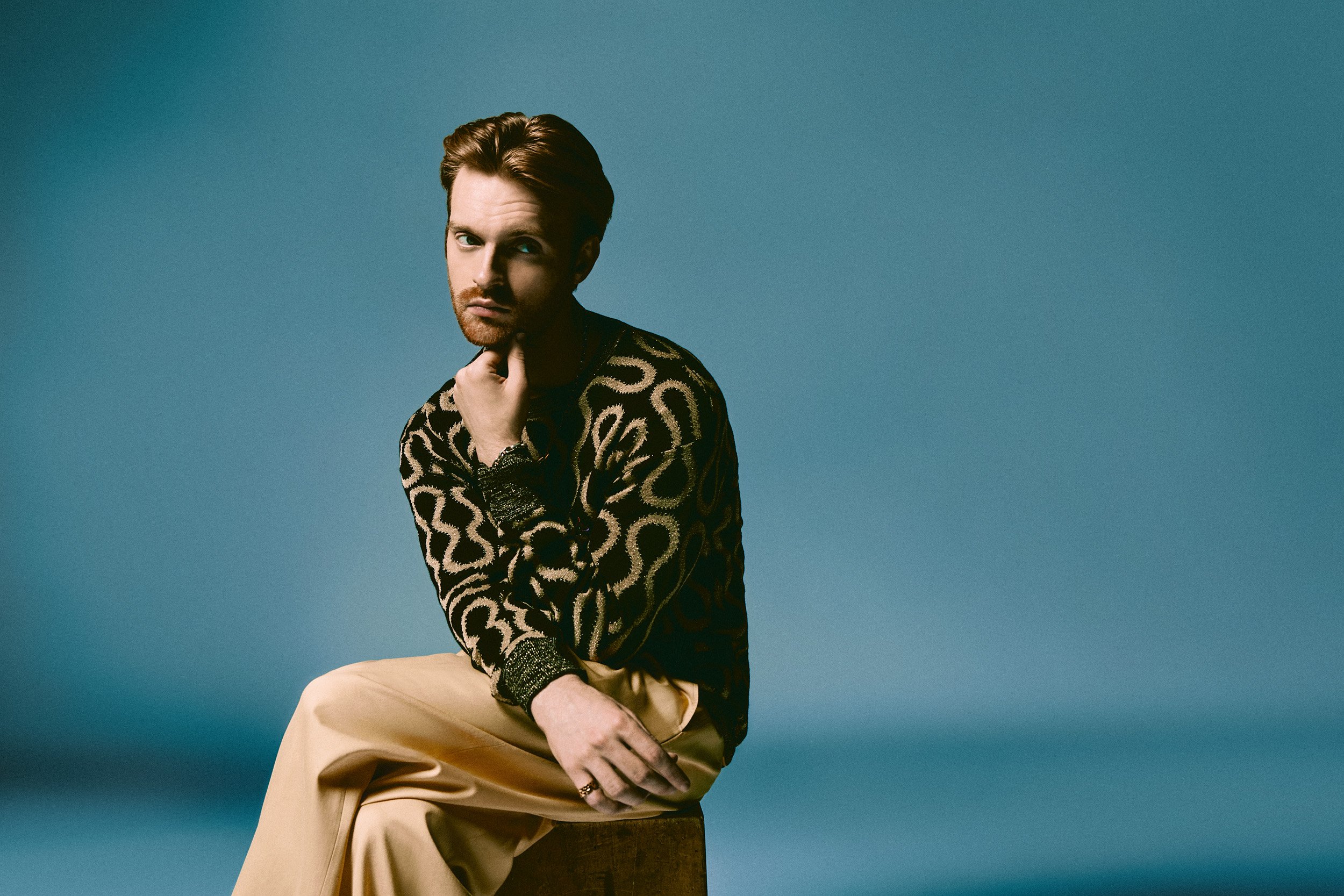 “You can’t make me cry anymore, don’t try” — the phrase everyone who has gone through a heavy breakup has said to (or about) their ex turns out to be the hook to Grammy- and (as of this month) Oscar-winning singer, songwriter, and producer FINNEAS’s newest song “Naked.”

So many of us have been in the position of coming out of a relationship where things were intense but messy, happy but complicated, and pleasurable but compromising. After things are over, we look for ways of coping and dealing with the feelings of separation and perhaps even loss caused by this; some of us start dating again right away, some of us go on benders with friends, some also go to therapy, and some even write songs about the experience, which is exactly FINNEAS’s case.

Having announced the release of the new song about two weeks ahead with a tweet showing the new artwork and a one-of-a-kind embroidered jacket that fans could win by pre-saving the track, FINNEAS started building suspense on TikTok by sharing the main line of the chorus: “I can’t believe you’ve seen me naked.” From this, fans could gather that a pretty provocative and juicy story inspired the song but they certainly had no way of preparing for the smooth, melodic, punchy tune that was coming their way. However, they did have the 24-year-old’s short message saying, “Love this one and can’t wait for you to hear it” to get even more excited.

Opening with a short recording of his sister Billie Eilish playing with a microphone and heavy autotune effects, the track opens with a quick message about “hearing the truth,” which the artist circles back to later on in the track in a very clever and exposing way. With an almost second opening with a funky yet mellow series of “la-da-daas,” FINNEAS goes onto directly addressing his ex and requesting space by saying, “If you see me walk by maybe you should be shy.” As the track evolves, so does the anger in his voice mirrored by the strength of the production, which climaxes with a series of rock guitars leaning towards the heavier side he sings, “all that time spent with my therapist talking talking over all your arrogance […] I can’t believe you’ve seen me naked.”

A pretty big highlight in the song crafting characteristic of FINNEAS is his ability to tell a story in the shortest amount of lines possible while still revealing incredible amounts of detail, and “Naked” is certainly not the exception. In a really clever way, he challenges his ex by saying, “If you’re gonna send it, they might save it,” referring to some footage that might be revealing, but then he goes onto saying, “And if you’re gonna bend it, you might break it,” possibly referring to the truth, which seems to be one of the many things that was manipulated during the relationship.

To accompany the track, he also put out a pretty sweet video filmed in New York and directed by Sam Bennett, which has colorful scene changes as the song unravels, allowing fans to grasp the idea of how the artist feels.

With this track as his first solo release of the year after putting out his Optimist album, FINNEAS continues playing with the narrative of being incredibly aware of himself and the people around him, however admitting he’s sensible and quite a soft soul. With multiple nominations to this year’s Grammys, including Best New Artist, we can certainly expect great new music and possibly a couple more golden gramophones on his shelf to go with his recently acquired Oscar statue.